Add an Event
Newswire
Calendar
Features
Home
Donate
From the Open-Publishing Calendar
From the Open-Publishing Newswire
Indybay Feature
Related Categories: Santa Cruz Indymedia | Health, Housing & Public Services | Racial Justice
Curtis Reliford - Santa Cruz Peace Train
by John Malkin
Saturday Oct 17th, 2020 8:04 PM
Santa Cruz activist Curtis Reliford discusses being attacked recently and his efforts to continue providing clothes and other materials to those in need across the USA.
Listen now:
Copy the code below to embed this audio into a web page:
Download Audio (65.0MB) | Embed Audio
Curtis Reliford is one of Santa Cruz, California’s very visible social change activists. Curtis has driven his peace train truck to local protests, rallies and celebrations for years. He is constantly collecting donations of food, clothes, building materials and other supplies which he then has delivered to people in Louisiana after Hurricane Katrina, to indigenous activists fighting for autonomy at Standing Rock, and to Navajo and Hopi people living on native land in Arizona and New Mexico.

Recently Curtis Reliford was parked on West Cliff Drive in Santa Cruz and posted some small signs next to the bike path with words like "love" and "peace" and "compassion." Suddenly a man walked up and grabbed the signs and threw them at Curtis, hitting him in the leg. Though he wasn’t wounded badly, Curtis says that this kind of thing happens frequently and that he feels it’s motivated by racial prejudice.

This interview is by John Malkin and was originally broadcast on "Transformation Highway" on KZSC 88.1 FM / kzsc.org on October 15, 2020.

For more information about Curtis Reliford and his peace train, check out: https://www.santacruzpeacetrain.com/ 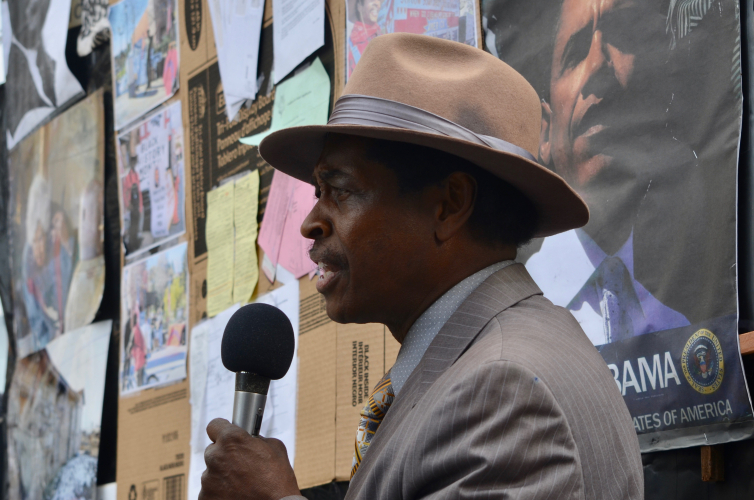 original image (4252x2816)
photo by John Malkin
Add Your Comments
Support Independent Media
We are 100% volunteer and depend on your participation to sustain our efforts!