Eerie orange skies smoothing the sun turned day to night as thousands sheltered inside from the smoke or fled deadly fires. Many couldn’t go outside as ash and toxics particles rained down in triple digit weather. This was August in California. Even today fires continue to erupt as dry brush from drought conditions is easily ignited.

According to the California Air Resources Board, the climate crisis considerably increases the frequency and severity of wildfires. This year 26 times more Californian acreage has burnt than in 2019. As of September 14, a total of 7,718 fires have burned 3,451,428 acres, more than three percent of the state's roughly 100 million acres of land, making 2020 the largest Californian wildfire season in recorded history, according to the California Department of Forestry and Fire Protection. The annual number of fires has increased lock step with changing climate. As the temperature has risen there is a direct correlation with the intensity and amount of fires that have increased over a thirty to fifty-year period, according to Miles O’Brian, science correspondent, of the PBS Newshour. Between 1985 and 2015, wildfires in California doubled as a direct result of changing climate conditions.

While there has been some focus on how California needs more fire mitigation. Selectively burning acreage like the state’s Native Indians used to do, thereby managing the forests as stewards, would help.

Add to the recipe, more people are living in forested areas that historically were areas which burned periodically. Fire is a natural part of the ecosystem in the west but from 1992 – 2015 there were 32,000,000 — that’s million— more homes built in fire prone western areas.

The bigger problem is climate change, and the fact the state is an oil producer adding to greenhouse gas emissions where ever that oil is shipped to be used.

These record-breaking fires are releasing unprecedented amounts of carbon dioxide and particulate-matter pollution into the atmosphere, leading to the first increase in wildfire emissions in the U.S. since 2015, Bloomberg reports. In some spots, the intensity of fires has been up to hundreds of times higher than the average from 2003 to 2019. Recent studies have shown that exposure to air pollutants increases risk of dying from COVID-19. And the fire season is nowhere near the end.

In the midst of this apocalyptic reality, the pandemic, and the economic crisis the need to move away from fossil fuel dependency has never been clearer, stated a group called the Elected Officials to Protect California (EOPCA). 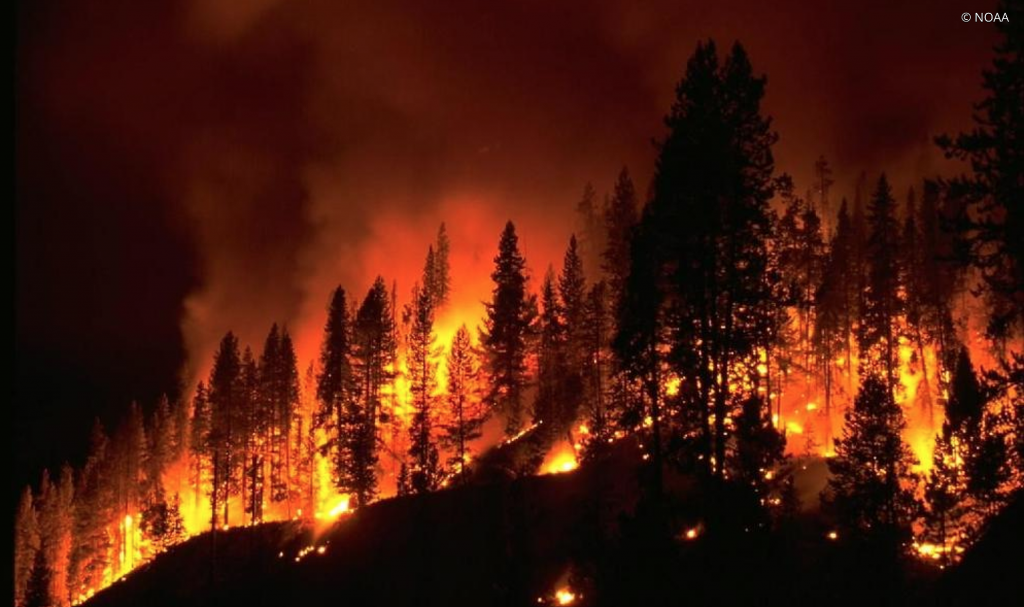 “Across the entire spectrum, our (climate) goals are inadequate to the reality we’re experiencing,” said Governor Gavin Newsom on September 11 in a forest near a fire staging ground for emergency services. “We’re going to have to fast-track our efforts.”

He went on to say the state was in a “climate crisis,” which, apparently, led to his clean car announcement last week. In it all new car sales must be electric starting in 2035. That announcement was part of an executive order he claims is aggressively tackling the climate emergency.

EOPCA says phasing out gasoline vehicles is only part of the solution. It’s not enough. “We asked Governor Newsom to declare a climate emergency on September 2, right after the first heatwave and subsequent extreme heat lightning strikes that fed off the tinder box drought conditions that were fueled by climate change. But Newsom ignored our request, from over 300 elected officials,” wrote the group in a press release.

“We’re asking Governor Newson to create a state of emergency for the climate crisis to begin to phase out all fossil fuel production. Instead of fueling more destructive fires he can create a renaissance of green jobs to repair our economy and protect our precious state. It’s time to truly meet the moment and match the urgency of the climate crisis that we are living in,’’ said Culver City Councilmember Meghan Sahli-Wells, EOPCA Co-chair.

On September 16, 2020, EOPCA sent a follow up letter urging the climate crisis state of emergency declaration and asking for a meeting. 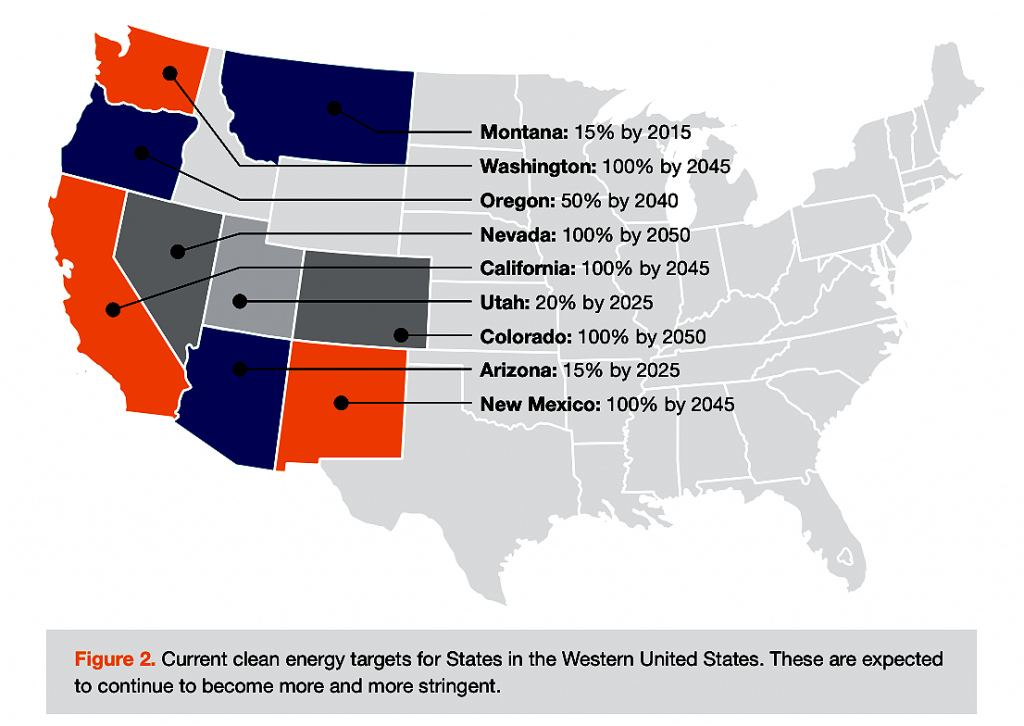 “More than 110 local governments in California have passed 160 local policies to protect their communities from fossil fuels. They took action. It’s time the governor addressed the climate crisis declaring a state of emergency. We are fueling the world’s economy with fossil fuel products,” said San Luis Obispo Mayor Heidi Harmon. “The climate crisis has shown us how interconnected and interdependent we are. Californian fire smoke has reached European shores. But it’s not too late to mitigate what’s happening but we need the governor to take action and transition to 100 percent clean, renewable energy now.”

EOPCA have been warning Governor Gavin Newsom about the danger of fossil fuels and the environmental injustices they propagate to communities across the state for years, yet little has been done. This year Newsom broke a campaign promise and issued 48 new fracking instead of phasing out fracking. The state also saw a 190 percent oil and gas drilling permit increase during the first half of 2020 compared to the first half of 2019. 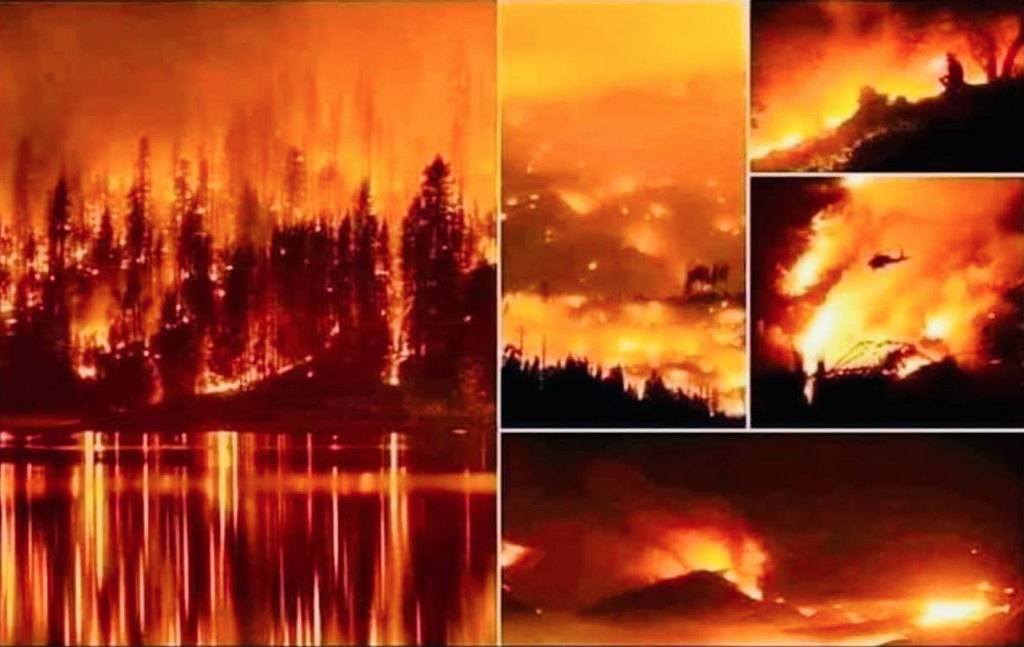 EOPCA believes the items in Newsom’s executive order that are meant to curb climate change are chiefly measures that he asked the legislature to take care, thereby kicking the can down the road. On the same day the governor announced his EV car deadline, a half an hour earlier EOPCA held a press conference.

“The forest fires are a stark reminder of how serious our challenges are when it comes to climate change. We need to go beyond what has already been put forward by the Air Resourcing Board of the legislature and really take significant action,” said Oakland City Councilmember Dan Kalb. “In Oakland we passed an Equitable Climate Action plan to make sure that our efforts in climate change are parallel to our efforts to reduce air pollution and other toxic short-term or health-based toxic challenges when it comes to our most impacted communities. The state needs to do something similar. In order to rebuild coming out of this pandemic recession we must provide innovation jobs and training in the clean economic sectors, focusing on employing the thousands who have lost their jobs and giving those harmed by systemic racism opportunities.”

Highlighting measures these elected officials have taken in their own cities, they said, gave a blueprint of what’s possible to Gov. Newsom.

“Our communities are suffering. We can’t move forward with fossil fuels. We must phase them out. We must create safety buffer areas around wells, and invest in the communities that have been hit the hardest by climate pollution. We must accelerate our transition to a 100 percent clean, renewable energy by 2035. The good news is that it’s possible. In fact, we’ve done it in Culver City, we are already running on 100 percent renewable energy with the Clean Power Alliance and we’re creating good union jobs to power our community. Over 30 cities, plus the county of Los Angeles and Ventura County are engaged in the process. We’re also phasing out oil drilling in the Culver City portion of the Inglewood oil field, which happens to be the largest urban oil field in the United States,” said Sahli-Wells. We’re creating a city that is less dependent on fossil fuels with our progressive transportation, housing, energy, waste, and water policies. We’re doing it in Culver City and we can do it in the rest of the state, in fact, we must." 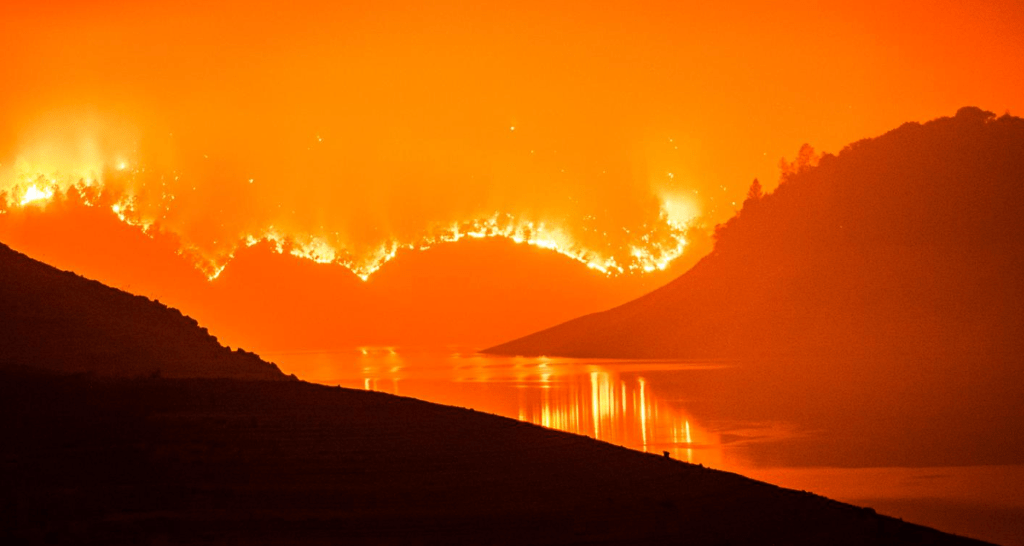 “Our community which is a low-income, farm worker, immigrant community has said no to continuing obsolete fossil fuel power plants. We said no to the natural gas-fired power plant on our ocean, and now have a hundred-megawatt clean energy storage. It will replace much of what the former Mandalay Fuente power plant proposal offered,” said Ramirez. “Governor, today we are asking you to use your leadership to help us move to 100 percent clean, renewable energy. We have the technology; we just have to incentivize it. This is where the new jobs are. This is where our prosperity is, where our future is. We have to be part of the global desire for a cleaner, healthier planet for our people, for our children. I always say we are the ancestors that later the future generations will condemn or praise. The clock is ticking. Please declare an emergency.” 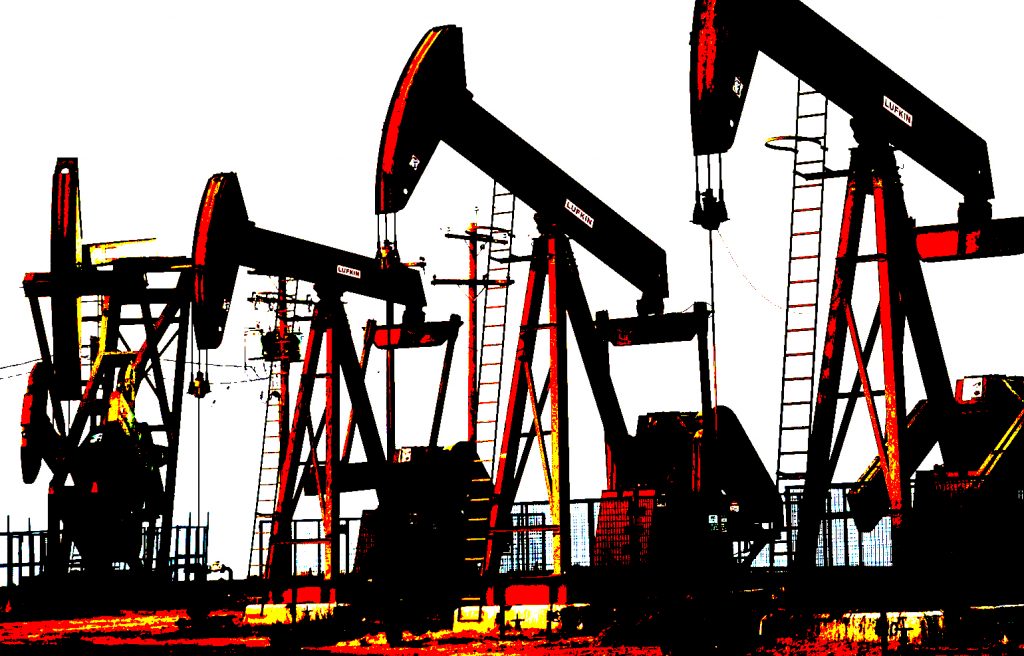 As of 2019, California was ranked as the third largest producer of natural gas and fifth in crude oi in the United States. Another source says the state is the third largest producer of dirty crude oil. The state is also third in the nation in petroleum refining capacity. California refineries operate at or near-maximum capacity because of the high demand for petroleum products.

“California continues to be one of the largest producers of oil and gas in America. That tells the world the state is a leader for the oil and gas industry, not for the health and wellbeing of the people of California,” said Firebaugh City Councilmember Felipe Perez.  “As long as the state produces the fuel of the climate crisis, we cannot seriously claim to be decarbonizing the economy — for the Californian economy is intertwined in the global economy. We must stop fueling the flames of climate change caused by the oil and gas industry. As long as the governor issues drilling permits, and allows refineries to operate we are part of the problem.”

Prior to the pandemic the fossil fuel industry was already in turmoil. This summer, California’s biggest oil driller declared bankruptcy. The top 90 fossil fuel companies produce over 50 percent of the world’s greenhouse gas. These companies knowingly endangered the lives of many global citizens. Five states, and the District of Columbia, are suing oil companies for damages, but not California.

https://protectearth.news/during-apocalypt...
Add Your Comments
Support Independent Media
We are 100% volunteer and depend on your participation to sustain our efforts!