Add an Event
Newswire
Calendar
Features
Home
Donate
From the Open-Publishing Calendar
From the Open-Publishing Newswire
Indybay Feature
Related Categories: Central Valley | Racial Justice
Sacramento, California MAAFA - Beyond the Ritual Toward Solutions
by Charisse Jones
Monday Oct 12th, 2020 11:08 AM
A new notion of "Black Lives Matters" suggests a possible desire to examine the authentic Black experience here in Sacramento, California. The City of New York experience is an example of possibilities... if the beginning of 'Manifest Destiny' becomes part of the story. 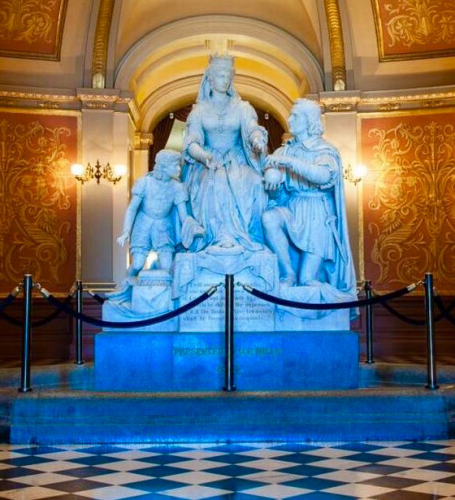 During most of his 59 years, Oswald Sykes, a former hospital administrator for New York State, rarely thought about his ancestors' odyssey through slavery. And when he did, all he felt was a fleeting rage.

But then he saw the remnants of a rotting English slave ship, the Henrietta Marie, discovered in the Florida Straits. As he examined the heavy iron shackles and ship's bell, he pondered how strong his ancestors must have been to survive the passage from the Gulf of Guinea.

"They had to be good," Mr. Sykes remembered thinking, "or we just wouldn't be here."

Within the last decade, Mr. Sykes's evolution of emotion has been experienced by a growing number of African-Americans, who have begun to re-examine slavery -- reflecting upon it in film and music, remembering it through ritual and ceremony, assessing its legacy from universities to neighborhood study groups.

Some scholars compare this widespread reflection to that of Jews who have vigilantly preserved memories of the Holocaust. Much in the same way, the scholars say, many blacks are now looking to slavery for inspiration as they struggle to withstand modern-day troubles.
"What's happening is an attempt to celebrate the spirit of ingenuity and survival in the face of suffering," said Michael Eric Dyson, professor of communication studies at the University of North Carolina at Chapel Hill. "We can say, 'If they could make it under slave conditions, then certainly we could make it under crack. If they made it under economic misery, we can make it under conditions of ethical collapse.' "

Looking back at slavery is not new. From emancipation celebrations at the turn of the century to Alex Haley's "Roots," the celebrated book and miniseries of the 1970's, black Americans have long grappled with that era and its legacy. But some scholars say the recent burst of introspection, greatly inspired by the Afrocentric movement, represents a transition from feelings of shame and denial about slavery to an embrace of that painful past. Some have begun to call slavery by another name, dubbing it the black Holocaust, or "maafa," a Swahili word meaning "unspeakable horror."

"I guess the generation here in the 90's is doing what it is called to do, and that is to remember," said Velma Maia Thomas, curator of a black Holocaust exhibit in Atlanta. "To finally open up the wounds, so when we go into this next millennium, some healing has taken place."

This unsealing of memory has taken many forms. Across America, black couples jump over a broom to seal the bond of matrimony, a ritual created by slaves, who were often forbidden to marry. Along the shore of Coney Island in Brooklyn, hundreds gather each June, to pray and cast flowers into the sea in honor of the millions who perished during the voyage from Africa known as the Middle Passage. Hundreds more gather in September at Mount Vernon, Va., where they sing and pour libations in memory of the slaves owned by George Washington.

Blacks in New York City rallied in the early 1990's to preserve the African Burial Ground (originally Negro Burial Ground) in lower Manhattan, where slaves and free blacks were buried through the 18th century. Wynton Marsalis used slavery as the theme for his concert piece "Blood on the Fields" last year. "Middle Passage," a novel by Charles Johnson about the slave trade, won a 1990 National Book Award. Over 100,000 people have seen "Sankofa," a film about a black woman who travels in time to the slavery era.
Such a renewed perspective on the past is vital if black Americans are to overcome the travails of the present, said Zala Chandler, a professor in the department of literature, languages and philosophy at Medgar Evers College.

"What our children are doing, being able to kill each other so easily, has to do with the fact they haven't been given that history," said Ms. Chandler, who makes a point of discussing slavery with all of her classes. "It would be less likely if they understood what our ancestors went through, those who died and were buried in the Atlantic Ocean, and those who survived."

Experts estimate 40 million to 100 million Africans were taken to the Americas during the era of the trans-Atlantic slave trade. Millions did not survive the voyage and their bodies were thrown overboard.

So it is at the sea that Ms. Chandler and hundreds of others gather each June. They go to Coney Island to gaze into the Atlantic Ocean, and with dance and song, speeches and prayer, remember those who were buried in the waters.

"It must have been the coldest day in November," Dr. Chandler, 48, recalled. "But to me it was the most spiritual one, because it helped us to remember that when they brought slaves to this country, they didn't wait until summertime."

Rituals like those at Coney Island reflect a willingness to examine the past that has long been discouraged, both among blacks, for whom slavery has often evoked feelings of pain and shame, and in the larger society, where it is often dismissed as a bygone era with little resonance.
"Slavery is a collective wound constantly being torn at by people who deny its importance," Mr. Dyson said, "by people who acknowledge other people's pain, but ignore slavery as a source of pain for black people."

Black Americans young and old speak of the cursory references to slavery in their schoolbooks, in which blacks were often portrayed as passive victims who achieved nothing before being enslaved. Some remember the overwhelming silence that surrounded the subject in their homes and communities.

"For people of my generation," said Roger Wilkins, a writer and history professor at George Mason University in Fairfax, Va., "slavery was pushed away."

Now in his 60's, Mr. Wilkins recalled a day when his mother told him stories of their ancestors that he had never heard. "I said, 'Why didn't you tell me that when I was growing up?' " he said. "She said 'Well, Roger, I guess it is like the old folks used to say: we didn't like to clank our chains.' Apparently, that was a common expression among black people. It meant that slavery was a shameful past. People didn't want to look back at it.

"Now most black people's attitudes toward slavery have come 180 degrees, and they look at slavery with pride," said Mr. Wilkins, who believes today's interest is part of a continuum that first bloomed during the 1960's. "They say, 'I must be descended from some extraordinary people to have weathered that hideous storm.' "

Oswald Sykes did not ponder slavery enough to feel ashamed. But when he watched a scene from "Roots," or read a passage about it in a book, "I'd say, 'I would've killed somebody if they did that to me,' and that's as far as I'd get with it because I got angry," he said. "The Henrietta Marie gets you past that."

The former chief of mental health treatment services for New York's state hospitals, Mr. Sykes said he first saw artifacts from the sunken slaver in 1992, at a conference of the National Association of Black Scuba Divers. The shipwreck had been discovered in the Florida Straits years before.
"They brought the bell, the shackles," said Mr. Sykes. "And we didn't know what was happening to us. People were crying in front of each other. It had some ability to do something about our feelings that other things had been unable to do. We knew it was a moving thing."

A year later, he and 11 other divers from the group sailed out to sea and had a plaque lowered at the shipwreck site. Mr. Sykes, who now gives talks about the Henrietta Marie, wrote the inscription. "Speak her name," it reads, "and gently touch the souls of our ancestors."

After the ceremony, Mr. Sykes dived into the sea. "I felt a sense of comfort I'd never had," he said. "It was like there were lots of people with unseen hands saying, 'Glad to see you.' "

Many blacks have been similarly moved by the film "Sankofa," the story of a black woman who wanders into a Ghanaian slave dungeon, and back in time, where she is enslaved. She remains defiant and dignified despite her cruel circumstances.

Haile Gerima, a Howard University film professor who wrote and directed the independent film, said that often after screenings, members of the audience hug him.

"When their chest shoves toward my chest, they're crying," he said. "But it's not a cry of hate, not a cry of anger. But a cry of ecstasy. A cry that says, 'What I feel inside me is legitimate. I have the right to grieve. There's nothing wrong with that.' "

But some still do not want to remember. Mr. Gerima, who said he had great difficulty raising money for his film among both whites and blacks, said many found the topic too troublesome to embrace. A re-enactment of a slave auction last October in Colonial Williamsburg sparked outrage among many blacks, who said the dramatization ripped open a painful wound. Some question why a couple, by jumping the broom, would invoke memories of slavery on their wedding day.
"I've had people ask me, 'Why would you want to do something that points out slavery?" said Harriette Cole, who wrote "Jumping the Broom" (Henry Holt & Company), a wedding planner that talks about the rite. "But I see the beauty in it."

The book, published in 1993, has sold 70,000 copies. Ms. Cole, an editor at Essence magazine, who jumped the broom at her own wedding two years ago, said the flourishing of the ritual shows that many blacks are realizing they do not have to reach back to Africa for in tradition: "We can go to our grandparents, our great grandparents. We have family we can trace back to slavery."

"I read about a child who was given from one slave holder to another for $1 as a gift, and I just have to put it down," said Ms. Thomas, 39, whose exhibit has drawn more than 50,000 viewers in four years and traveled as far as Houston.

She said she had seen men unable to bring themselves to enter a box that simulates the amount of space Africans had on slave ships. She has had to answer the anxious questions of her own 5-year-old son after he gazed at an effigy of a hanging man with whip marks across his back.

Because of her research, Ms. Thomas said she had come to realize how unvented sorrow about the past can lead to self-hatred and hostility. "I had no idea how devastating slavery was to us as a people," she said. "So now I look at us and say we have to be patient with each other, and understand there is still a lot of hurt wrapped up in us."

But she said she was heartened to see so many trying to purge the pain by taking a long look back.

"Every group of people is allowed to remember the past and pay homage to those who have come before them," she said. "Why shouldn't we? It's that whole ritual of memory and honor. That's part of being human."
Add Your Comments
Support Independent Media
We are 100% volunteer and depend on your participation to sustain our efforts!