Add an Event
Newswire
Calendar
Features
Home
Donate
From the Open-Publishing Calendar
From the Open-Publishing Newswire
Indybay Feature
Related Categories: San Francisco | Arts + Action
SF Murals Under Assault: From The Arnautoff GWHS Murals to The Zakheim UCSF Murals
by LaborFest
Tuesday Sep 29th, 2020 10:56 AM
A panel was held on the possible destruction of the Victor Arnautoff murals at George Washington High and the Bernard Zakheim murals at UCSF Toland Hall. 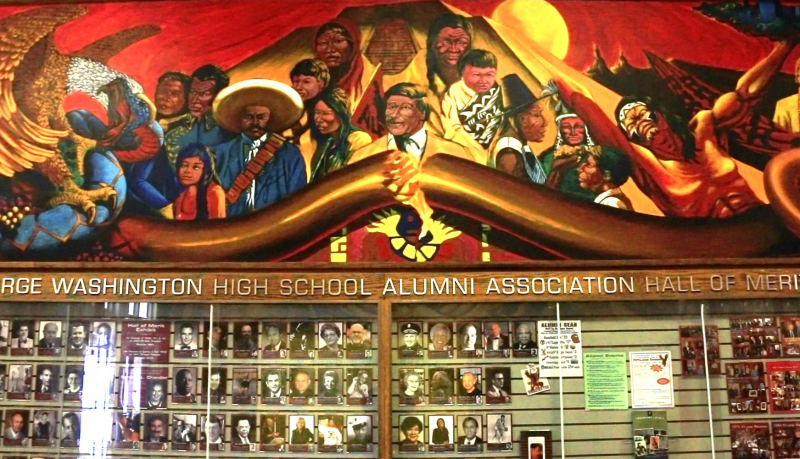 This panel their history and why they are under attack today.
They also discussed the role of anti-communism and the censorship and destruction of art during the US witch hunts in the 1940s and 1950s.

Alice Walker "They should leave the mural and explain the mural to the children" The Destruction Of The George Washington High Victor Arnautoff Murals
https://youtu.be/XPFPTB_XZ6U 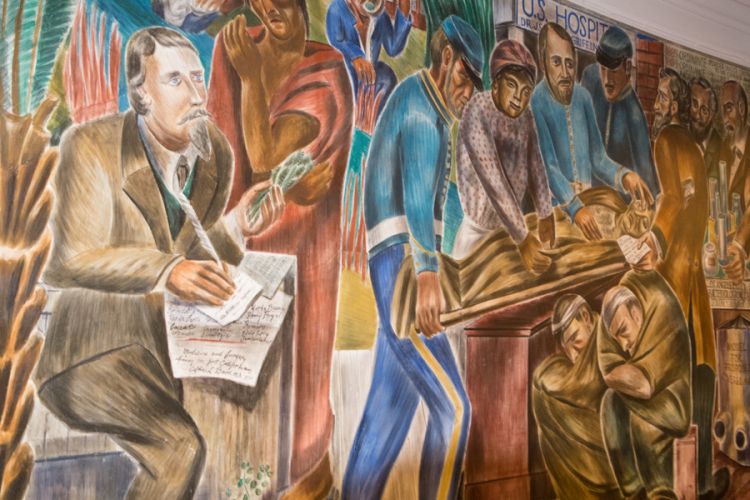 original image (900x600)
The Bernard Zakheim UCSF Toland Hall murals tell the story of ex-slave Biddy Mason who was a healthcare worker and later became an important figure in California history. The attack on the murals by UCSF executives who wanted to destroy it show the privatization and corporatization of the UC education system.
https://www.youtube.com/watch?v=xF58DB38SdE
§Arnautoff Murals Show History Of US
by LaborFest
Tuesday Sep 29th, 2020 10:56 AM 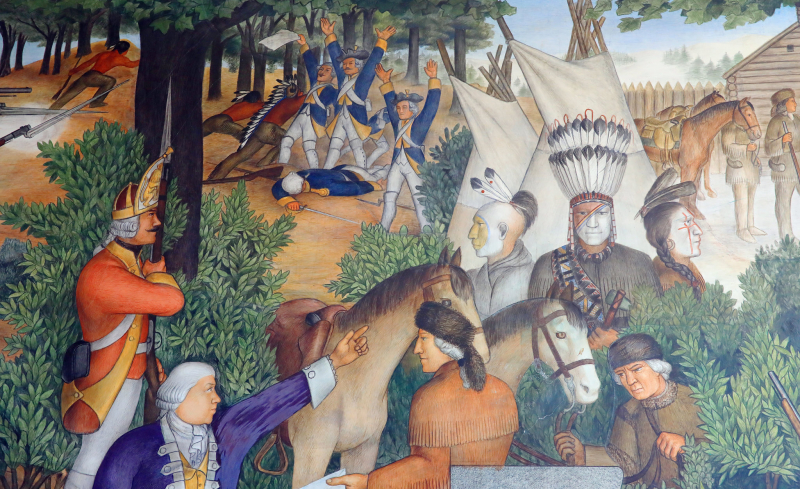 original image (2048x1252)
The effort to destroy the Victor Arnautoff murals would destroy an major art resource on the history of George Washington and the United States. While the SFUSD school district has a budget deficit of $130 million they are spending hundreds of thousands of dollars to destroy the George Washington High Victor Arnautoff murals.
https://www.youtube.com/watch?v=xF58DB38SdE
§Alice Walker Strongly Supported Keeping Murals
by LaborFest
Tuesday Sep 29th, 2020 10:56 AM 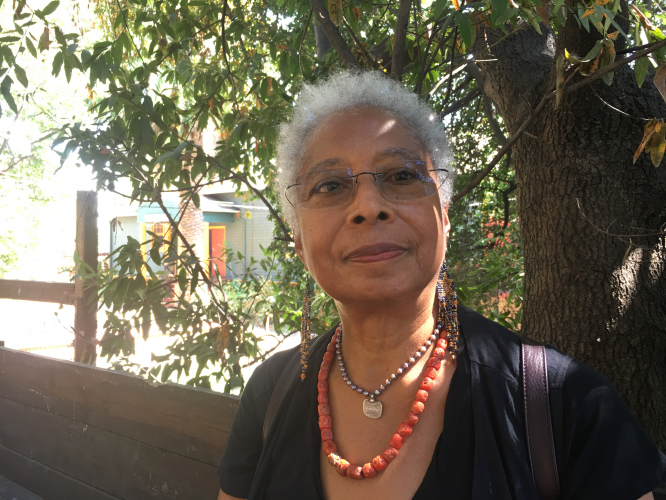 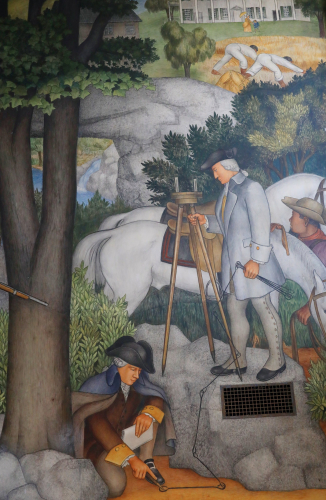 original image (1339x2048)
George Washington was a surveyor who profited personally from the seizure of Native American land in the Westward expansion. These murals are the only art in a public building showing the real role of George Washington which is unknown to most people in the United States.
https://www.youtube.com/watch?v=xF58DB38SdE
§History Of California Medicine
by LaborFest
Tuesday Sep 29th, 2020 10:56 AM 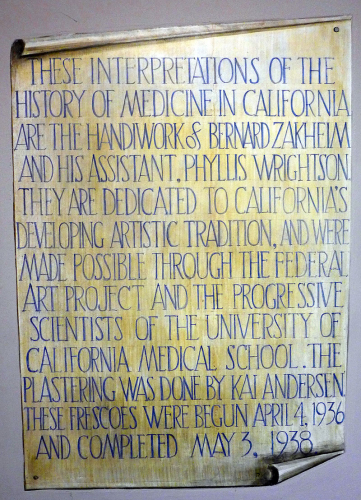 original image (800x1108)
The story of California medicine and healthcare workers was the focus of the Bernard Zakheim murals. This major art contribution was proposed to be destroyed by the corporate developers and speculators running the UC system. The fact that they would want to destroy this major artistic contribution from the WPA shows the systemic corruption and anti-education focus of the managers of the UC system whose regents are billionaires and union busters like Richard Blum the husband of Diane Feinstein.
https://www.youtube.com/watch?v=xF58DB38SdE
§UCSF Medical Students In Toland Hall
by LaborFest
Tuesday Sep 29th, 2020 10:56 AM 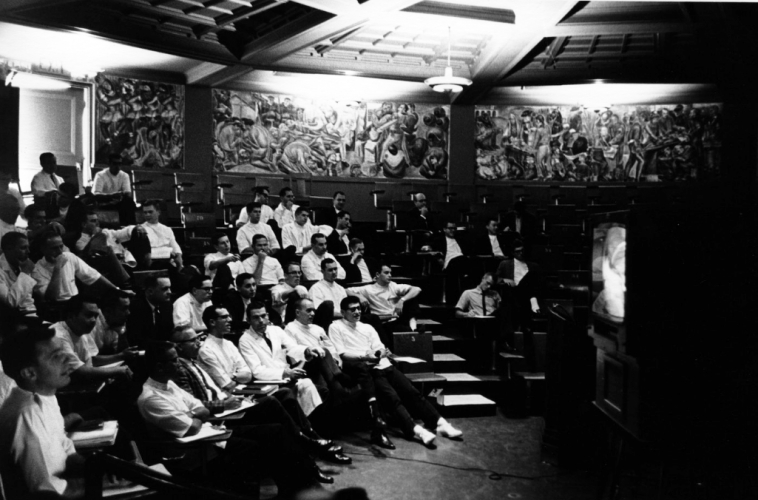 original image (1025x676)
Supporters of the destruction of the Bernard Zakheim murals at UCSF Toland Hall claimed that medical students were "distracted" by the murals.
https://www.youtube.com/watch?v=xF58DB38SdE
§George Washington's Support For Westward Expansion
by LaborFest
Tuesday Sep 29th, 2020 10:56 AM

original image (900x361)
This mural shows how George Washinton's support for Westward Expansion lead to the murder and destruction of Native American people. The SFUSD administration over decades refused to put signage up explaining what these murals were about and the lack of art history for students of SFUSD was a direct result of the call for the destruction of these murals.
https://www.youtube.com/watch?v=xF58DB38SdE
Add Your Comments
Support Independent Media
We are 100% volunteer and depend on your participation to sustain our efforts!