Why Did Protesters Shut Down Intersection in Menlo Park?

by Justice for Breonna
About 200 people demonstrated on September 25 in Menlo Park in a protest that called for justice in the police murder of Breonna Taylor. They shut down a major intersection twice during the evening protest. 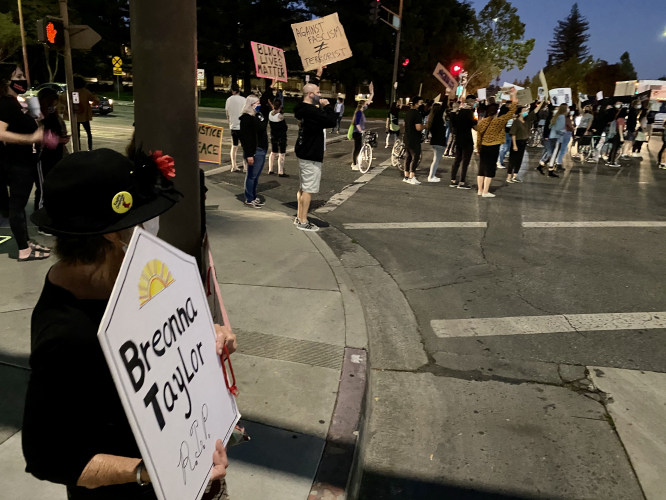 Cars and trucks formed a long line along El Camino Real. When some tried to pull into the crowd and sneak by, activists spontaneously formed groups and stood in front of them to block their way.

Since that evening, on social media pages and in the comments section of online news articles, local residents are asking, "Was it really necessary to block traffic?" Some commenters are suggesting that the demonstrators' point could have been made and rights can be won without "inconveniencing" people.

It seems many people hold in mind the myth that the the civil rights movement wasn’t disruptive. The Montgomery Bus Boycott was a disruptive consumer boycott. Its goal was to use the power of black consumers to hurt the bus company and make the city address Black demands. In addition, the Birmingham, Alabama campaign of 1963 included mass civil disobedience designed to shut down businesses, overflow local jails, and halt the city's ability to function.

Mass civil disobedience was key to the work of many civil rights groups. Organizations including the Congress of Racial Equality and the Student Nonviolent Coordinating Committee understood that justice could not be won without disrupting civic and commercial life.

It was in the spirit of the Civil Rights Movement that demonstrators took the streets in Menlo Park in reaction to the lack of an indictment for murder in the Breonna Taylor case. They also called on the Menlo Park Police Department to put an immediate halt its to racist practices.
END_OF_DOCUMENT_TOKEN_TO_BE_REPLACED
Related Categories: Peninsula | Police State & Prisons | Racial Justice
§On the El Camino Real
by Justice for Breonna 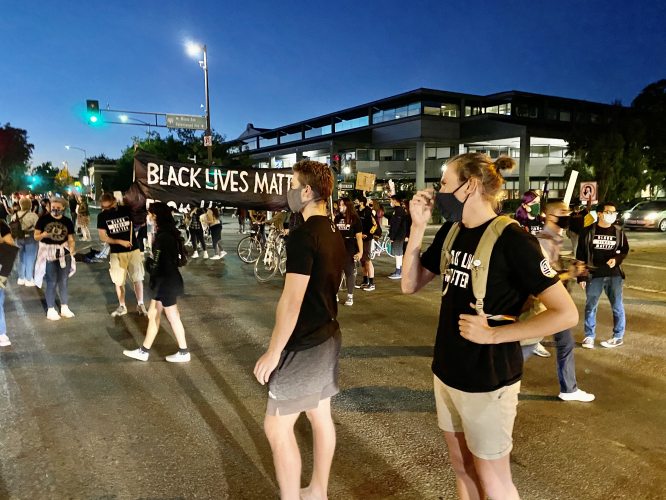 original image (4032x3024)
END_OF_DOCUMENT_TOKEN_TO_BE_REPLACED
§In the streetlight
by Justice for Breonna 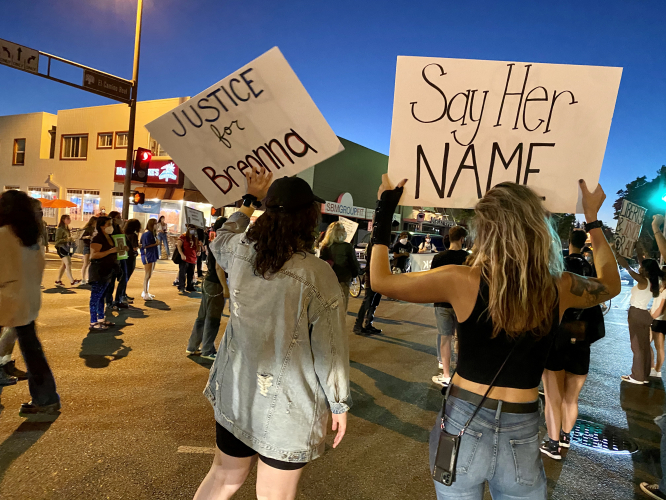 original image (4032x3024)
END_OF_DOCUMENT_TOKEN_TO_BE_REPLACED
§After dark
by Justice for Breonna 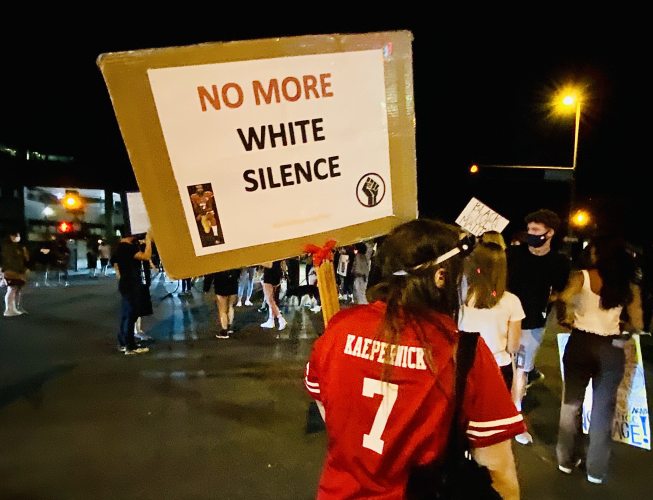 original image (2722x2083)
This photo is from the second street block of the evening, after dark.
END_OF_DOCUMENT_TOKEN_TO_BE_REPLACED
Add Your Comments
Support Independent Media
We are 100% volunteer and depend on your participation to sustain our efforts!