by Demand Justice for Breonna Taylor
Breonna Taylor was fatally shot by Louisville, Kentucky Metro Police Department officers Jonathan Mattingly, Brett Hankison, and Myles Cosgrove on March 13, 2020. In response to a lack of indictments for murder announced on September 23, hundreds marched down the El Camino Real taking the streets and descending on the Menlo Park Police Department (MPPD) two days later. An organizer said the location was chosen because MPPD is "the most racist police on the Peninsula by far." 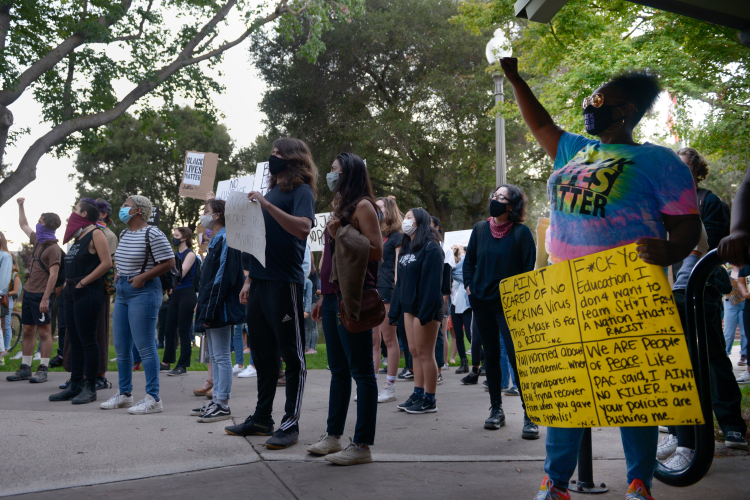 On September 23, a state grand jury indicted Hankison not for Taylor’s death, but on three counts of wanton endangerment for endangering a neighbor with his shots. The two other officers involved in the raid were not indicted. Announcement of the grand jury's decision led to national outrage and multiple protests in the San Francisco Bay Area's larger cities of Oakland and San Francisco but also in smaller cities including Menlo Park on the Peninsula.

Tha Hood Squad and Justice Vanguard, two local community service and awareness groups, organized the march, which began in the courtyard in front of Kepler's Bookstore and moved on the Menlo Park Police Department approximately half a mile away.

“Taylor was murdered in her sleep, and the only charge was for the bullets that missed,” Tha Hood Squad Founder JT Faraji, who led the march, said. “We need a new system. It’s broken. It isn’t working, it has never worked. It only works for those who are rich and are in power, and we have to do better than that.”

The crowd of a couple of hundred people blocked the intersection at Ravenswood and El Camino Real for between 15 minutes to half an hour, then crossed train tracks to their ultimate destination... the police station. “The MPPD is the most racist police department on the Peninsula by far,” Faraji said, explaining why the protest was held in Menlo Park.

JT had some choice words for the MPPD once all the marchers got to the brick station building. Speaking through a microphone he announced, "This is the new normal...we on the streets and you inside! We're not going anywhere. We're here for the long haul."

JT referred to the fact that Facebook has contributed millions of dollars to the over-policing of neighborhoods near the company's headquarters in East Menlo Park. The resulting outsized police department is referred to as "occupational forces" by local activists.
He said, "In the beginning you saw Facebook money police in big vehicles blockading, standing in tactical form. Now they don't even wanna come outside. We're not going away ...EVER." 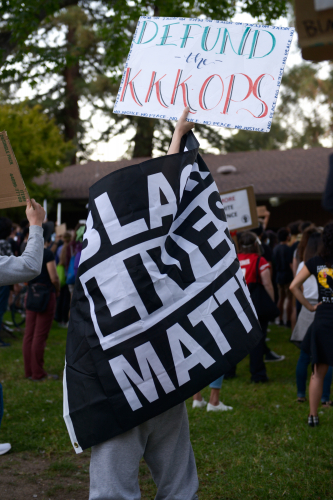 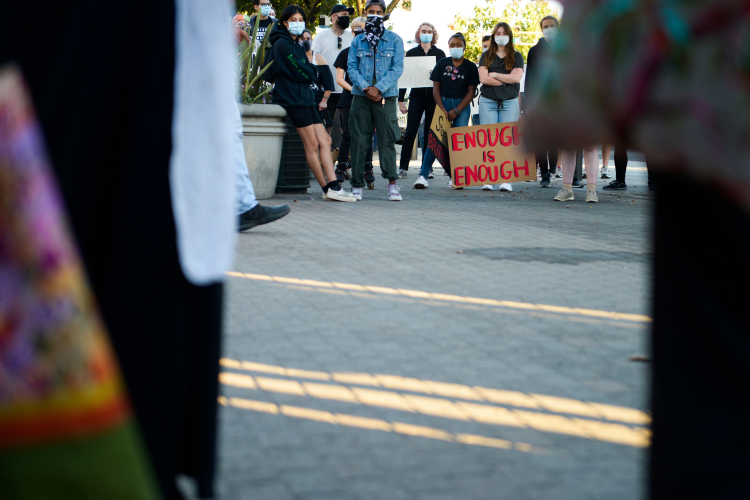 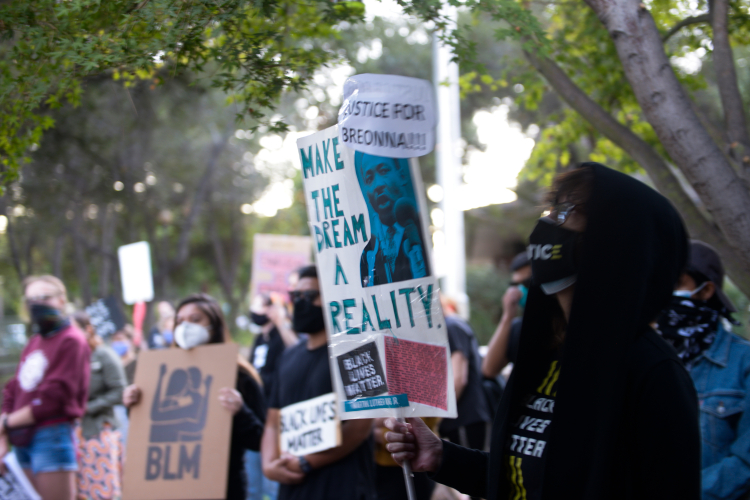 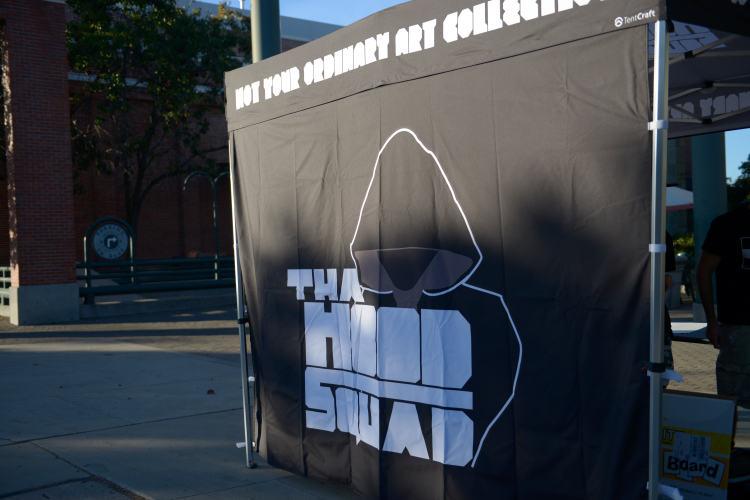 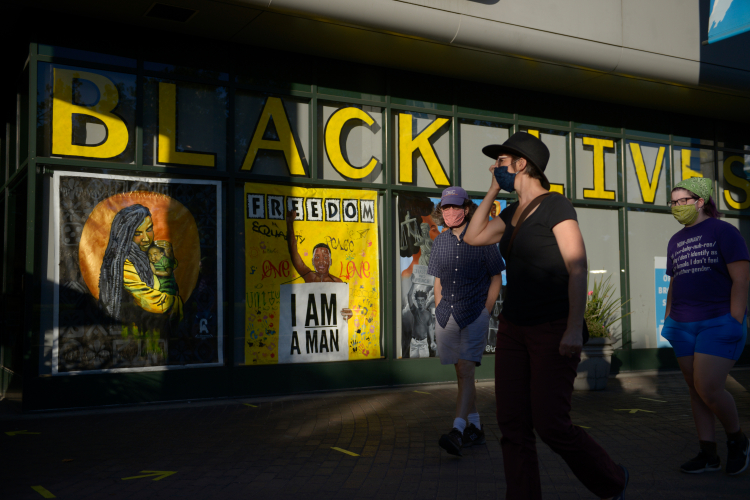 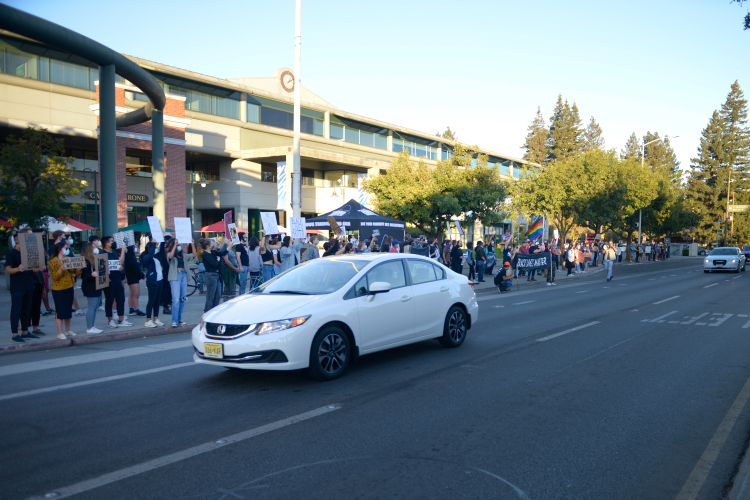 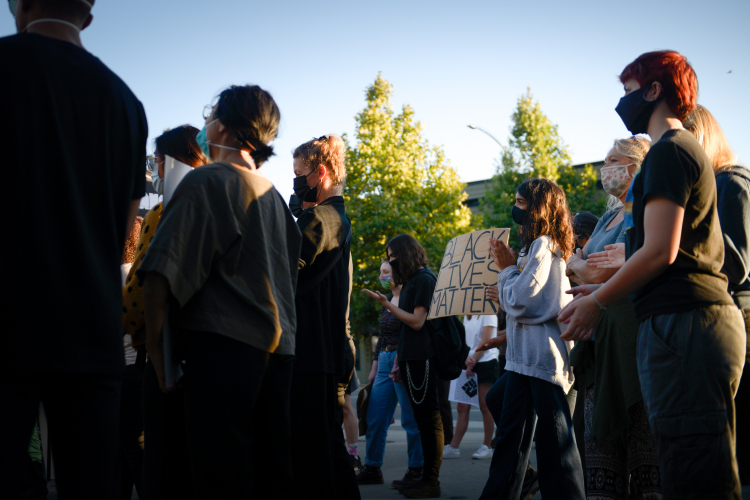 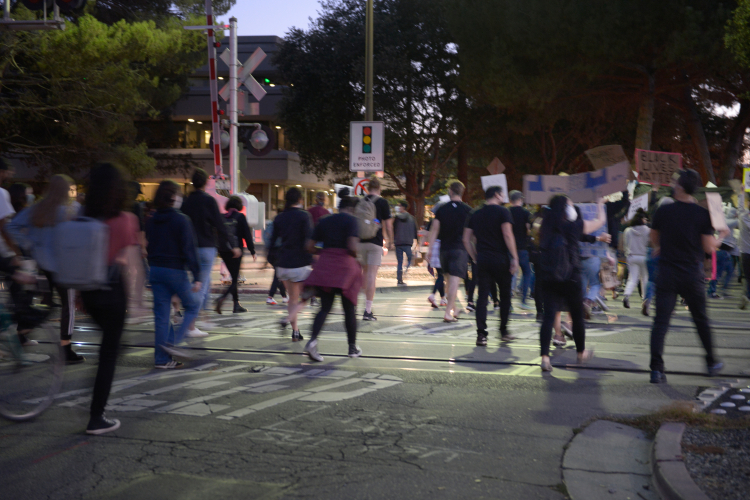 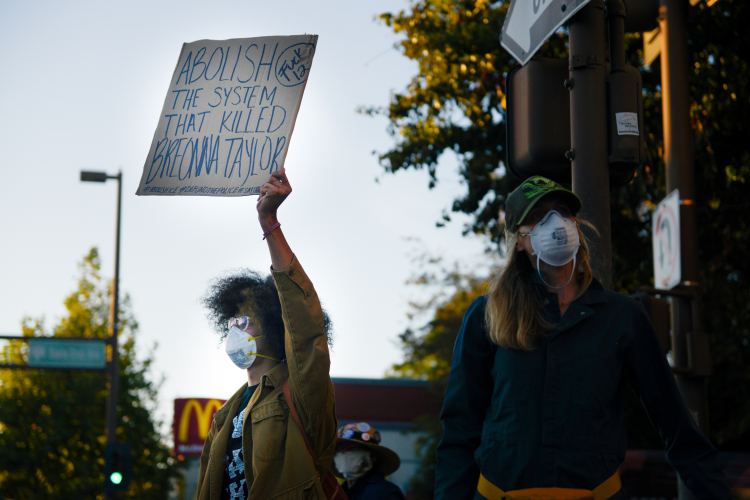 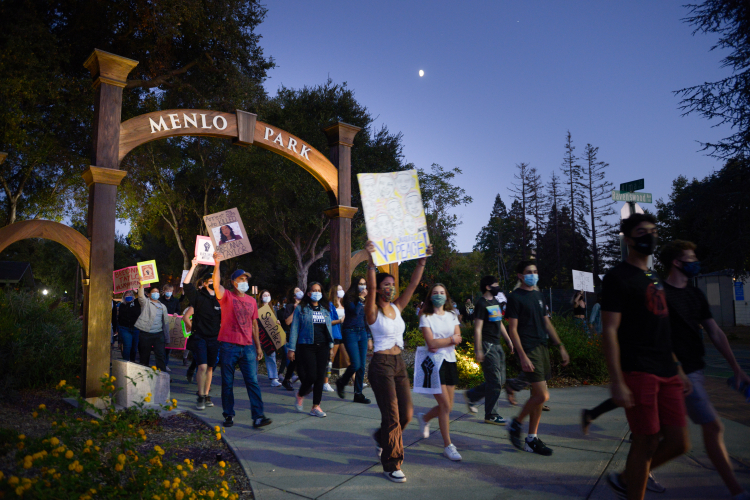 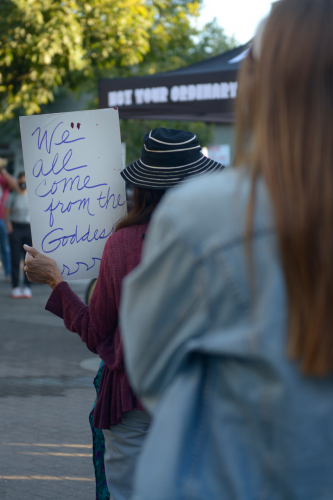 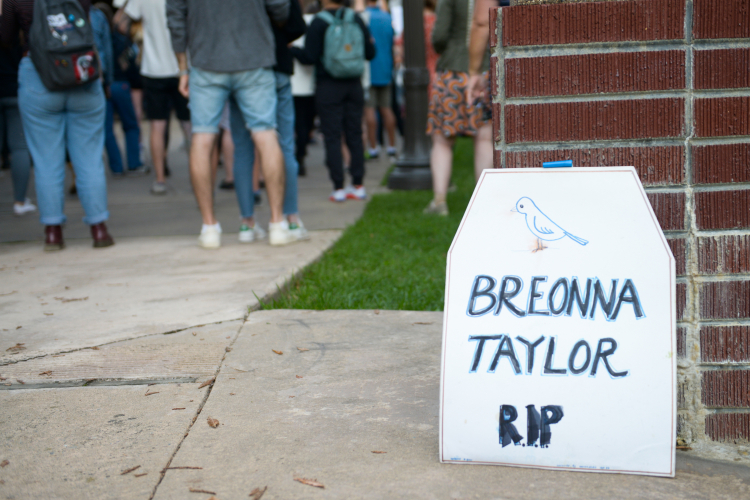 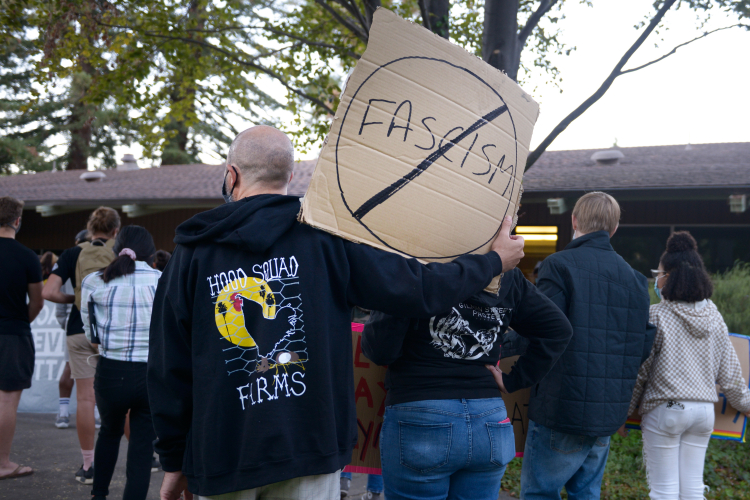 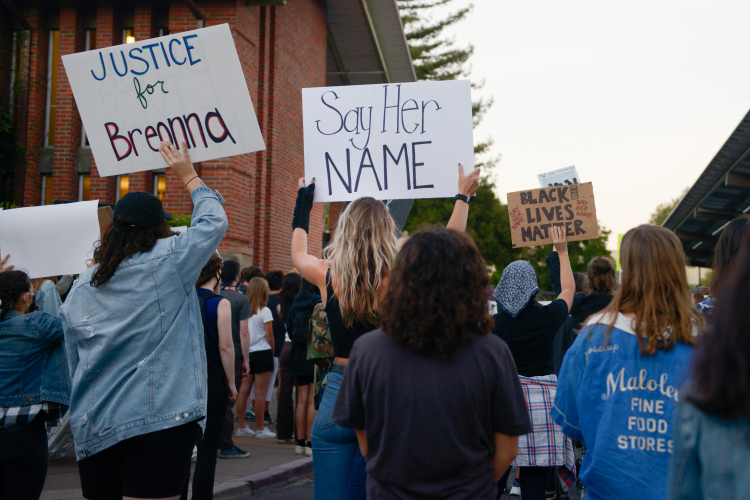 original image (3000x2000)
Add Your Comments
Support Independent Media
We are 100% volunteer and depend on your participation to sustain our efforts!