Vigil for Breonna Taylor in Fresno

by Peter Maiden
Around 60 protesters held a vigil for Breonna Taylor in front of the Unitarian Church in Fresno on Sunday, September 27. Below, Gwen Goodman holds a sign at the vigil. 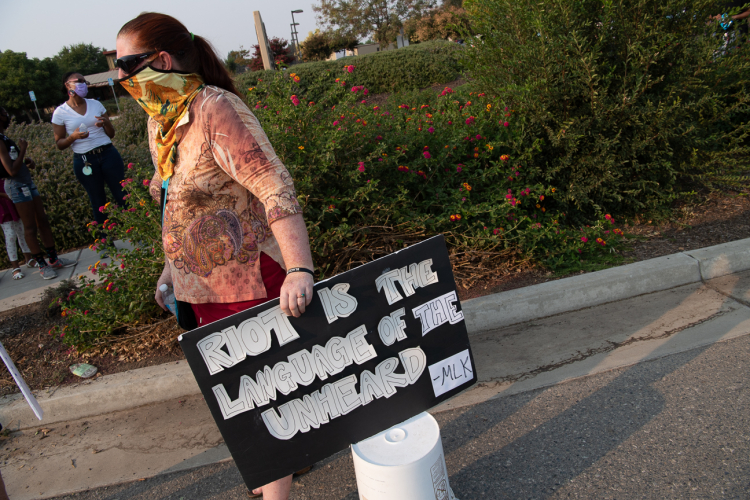 original image (1296x864)
Alluvial Avenue in front of the Unitarian Universalist Church of Fresno was the site of protests every Friday in June in honor of George Floyd, a Black man who was murdered by police in Minneapolis May 25. The person who organized those demonstrations, which drew as many as 350 protesters at one time, is Karen Polnitz, a member of the Unitarian Church and a community activist.

On Sunday, September 27 there was another Alluvial Avenue protest organized by Polnitz, this time in honor of Breonna Taylor, a Black woman who was killed by police in Lexington, Kentucky. Police broke into her apartment looking for someone who was not there and shot Taylor six times.

Polnitz said, “During this past week, legal proceedings [did not result in] charges for Brianna Taylor's death for the police officers who were responsible. And so once again we see the justice system failing Black lives, showing a lack of regard and worth for black lives, and [there are] national protests again. We wanted to have a physical presence here in Fresno to stand in solidarity with those who are continuing to ask for justice for Breonna Taylor.”

“I was not surprised by the outcome,” Polnitz said. “I'm still saddened by it and I still hope that there is some sense of justice for her family and for her loved ones … I hope for the day when, if there is a similar killing, we know we're going to get justice from the legal system and therefore we would not feel that we need to come out and demand it.”

§Karen Polnitz, organizer with the Unitarian Church.
by Peter Maiden 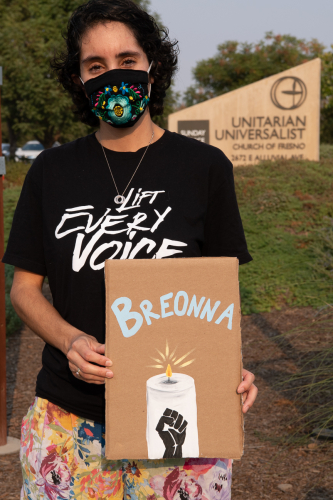 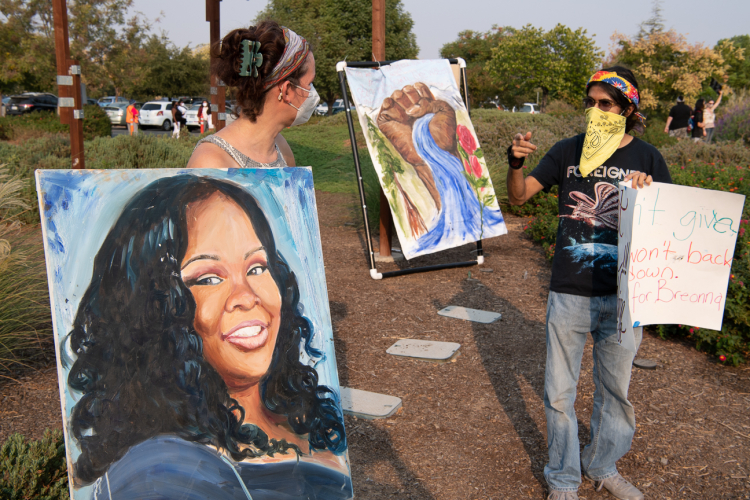