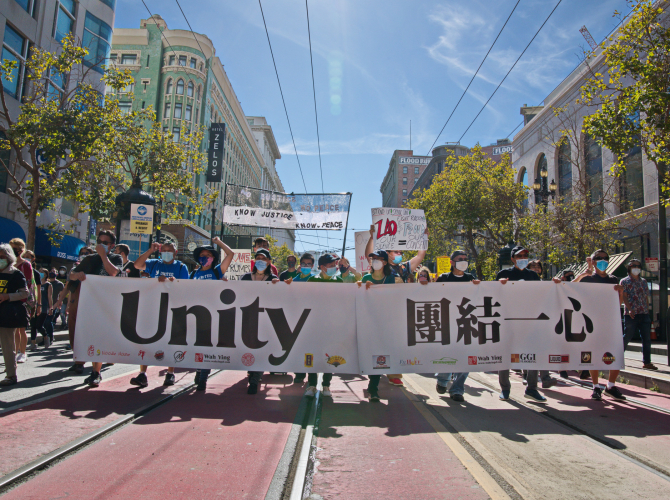 On Sept 26th, Bay Area Blacks and Asians proclaimed solidarity in their common struggle against racism and violence. The demonstration's theme was "they can't burn all of us," a reference to an attack against a Chinese woman. Asians have also long suffered racism and violence in the US.

Black and Asian speakers addressed a large crowd in front of San Francisco's City Hall, and spoke of years of racist injustice. A traditional Chinese lion dance wowed the crowd and then they began the march up Market Street.

In political demonstration marches in San Francisco, SFPD on motorcycles usually accompany the marches. This creates an ambiguity. Are the police assisting the march by clearing traffic, blocking side streets, etc.? Or are they showing that they are in control of the march? At any rate, march leaders demanded that there be no police accompaniment. The police complied and march monitors capably managed Market Street's virus depleted traffic around the march.

The march turned left on Grant Ave, heading toward Dragon's Gate, Chinatown's entrance. After a pause, they headed into Chinatown for a second rally at Portmouth Square. Along the way and at the square some bearded Right wing (some of us remember when it was the Left that had all the beards) counter protesters angrily accused the marchers of hating "America" and being Communist. Some tempers flared, there was a bit of a scuffle but some marchers deescalated the situation and the counter protesters ended up safely partitioned off behind a Chinese Communist flag. 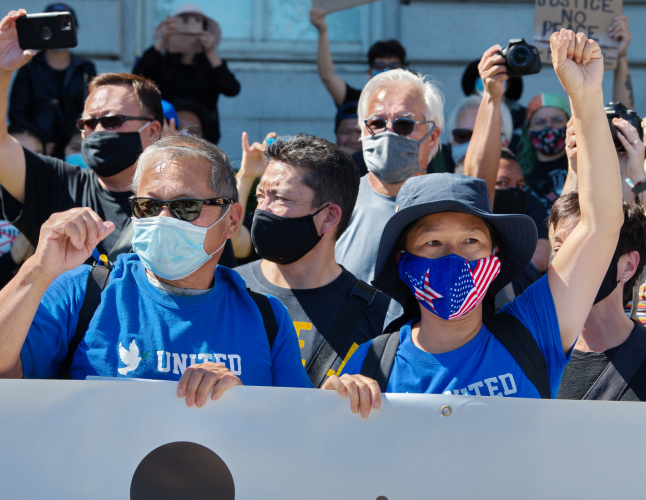 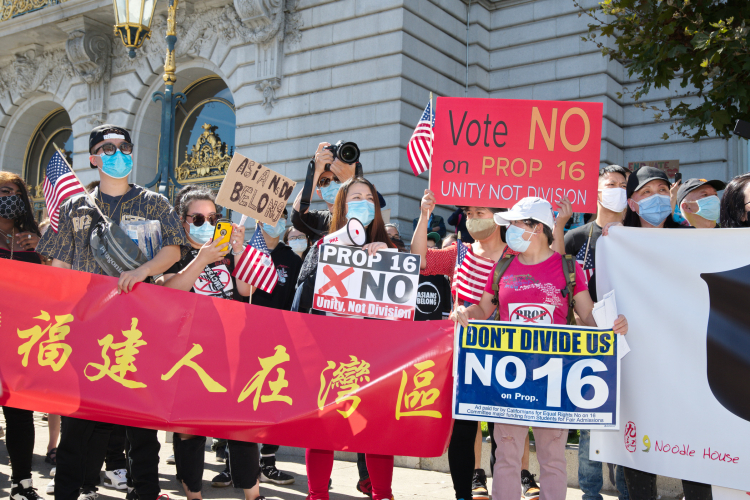 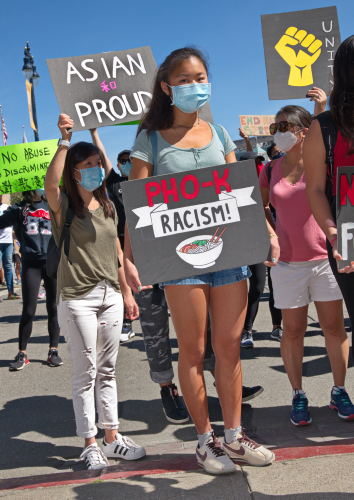 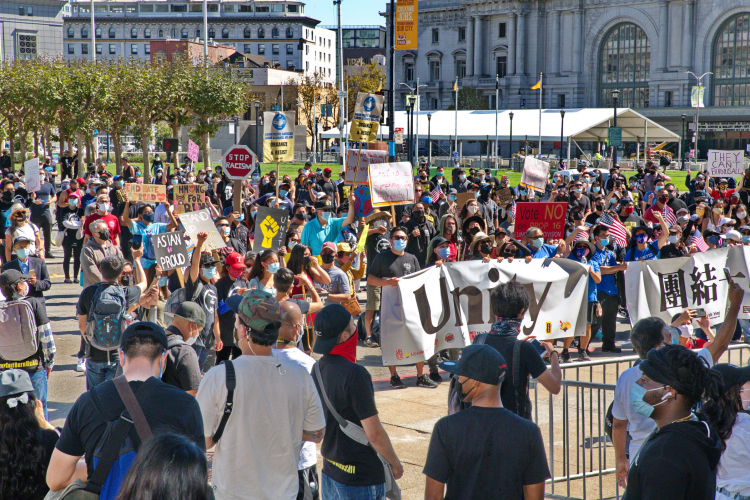 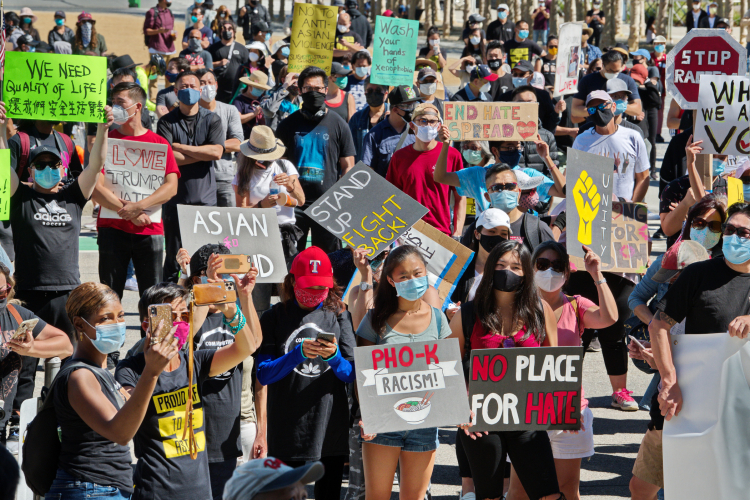 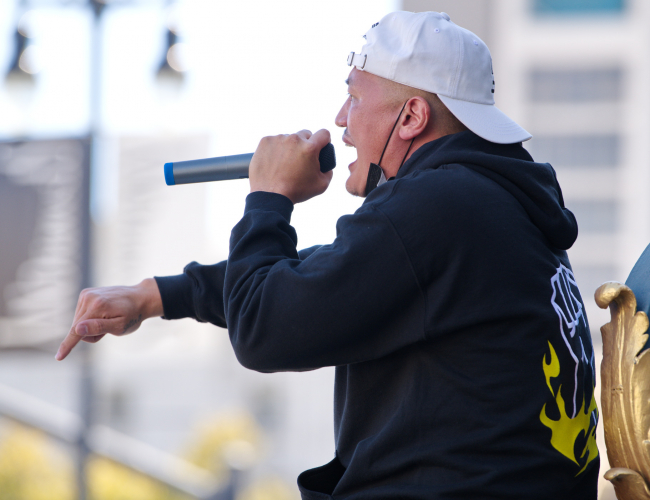 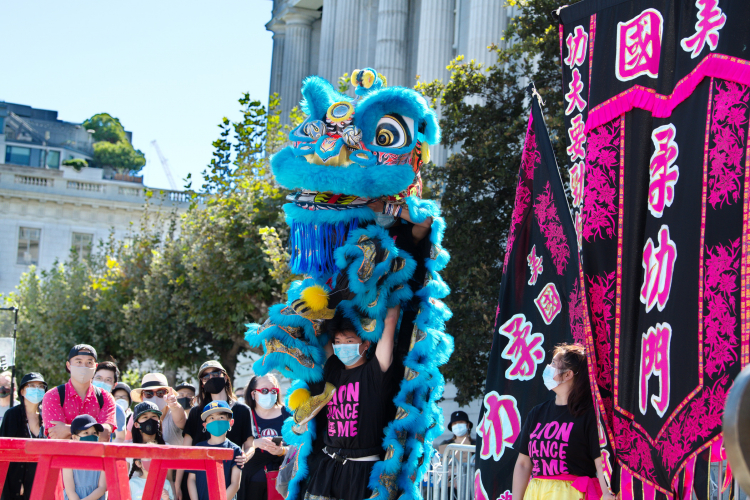 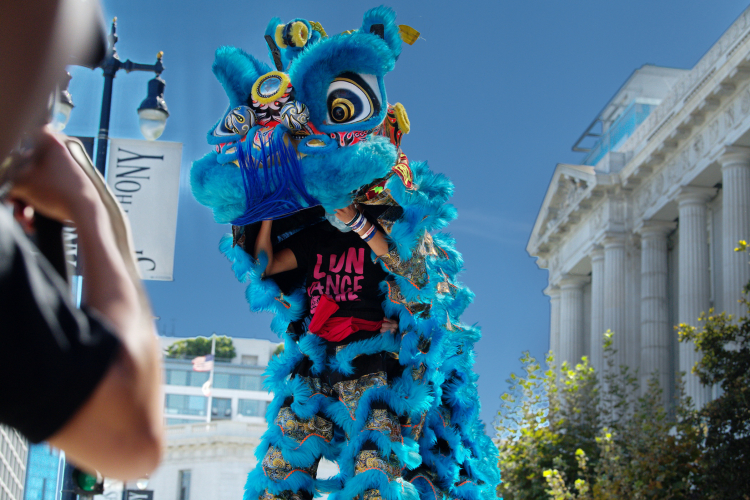 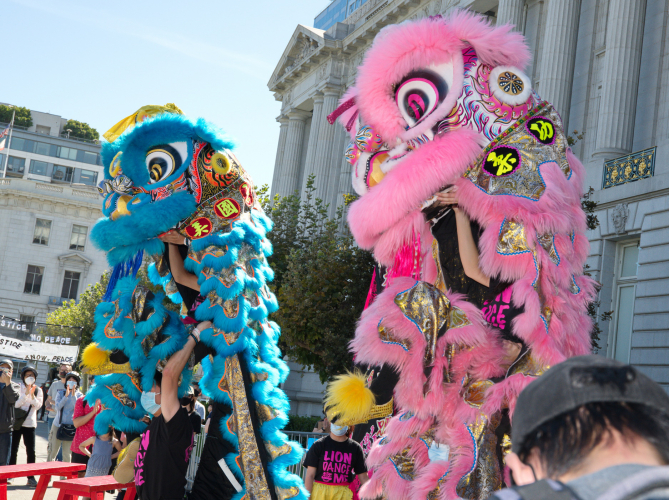 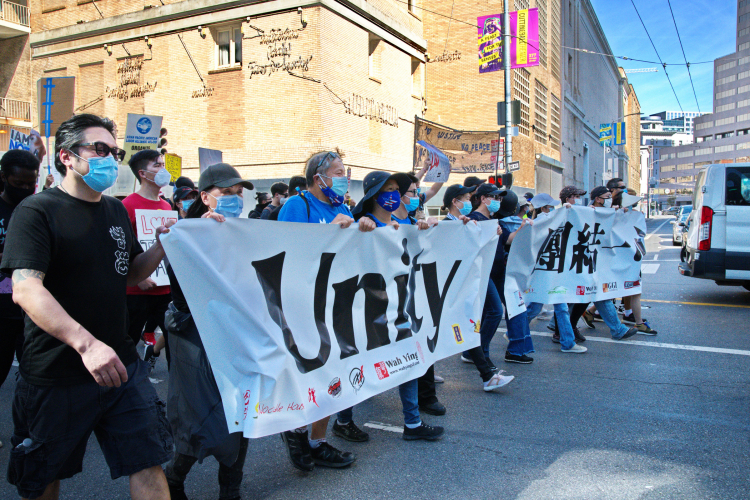 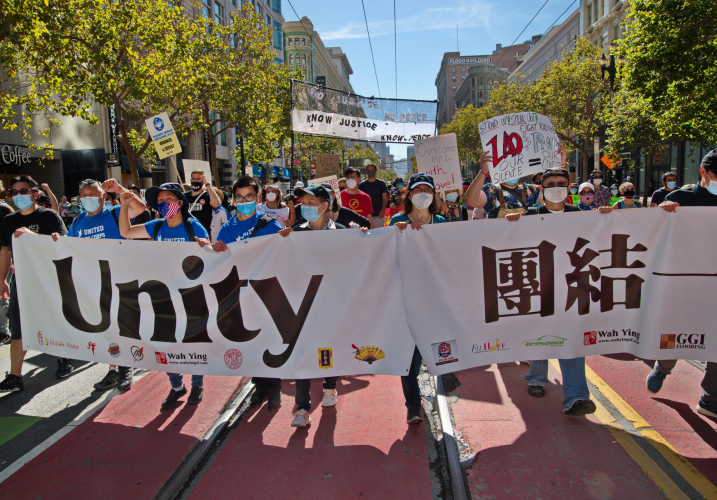 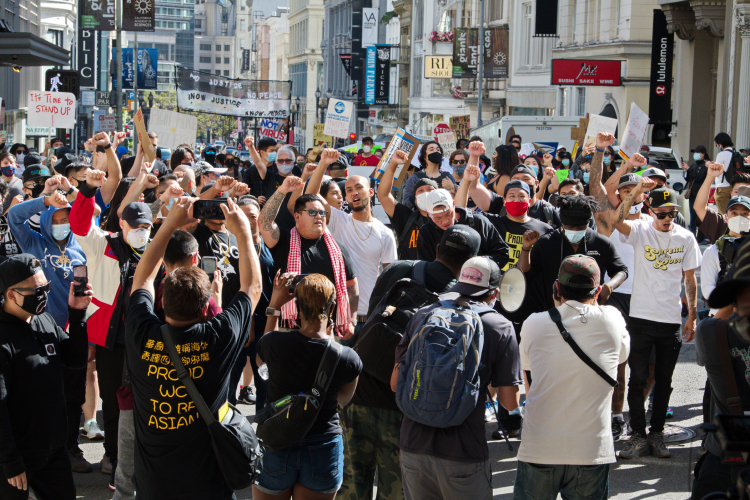 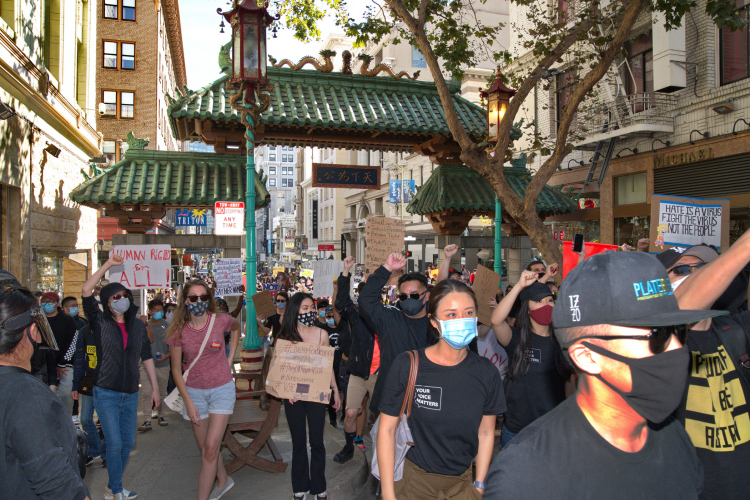 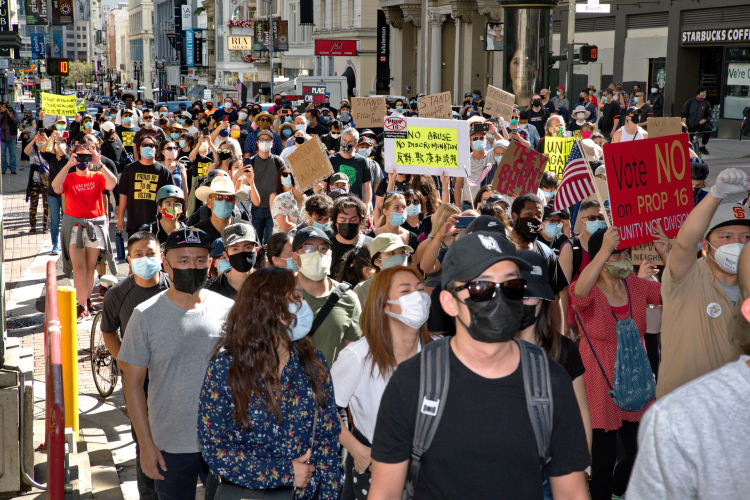 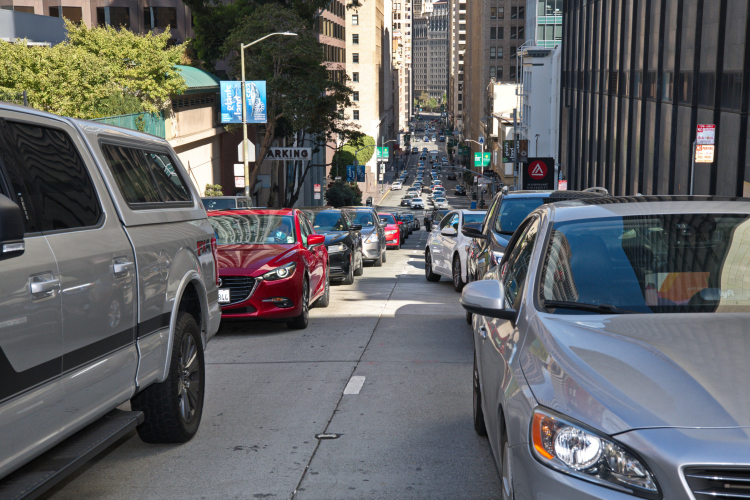 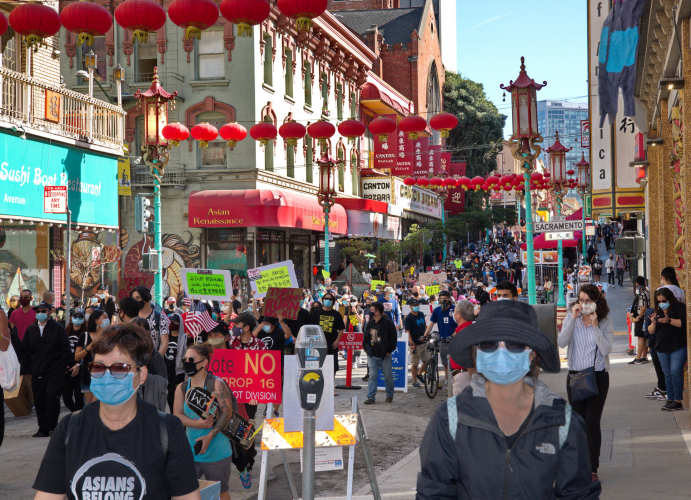 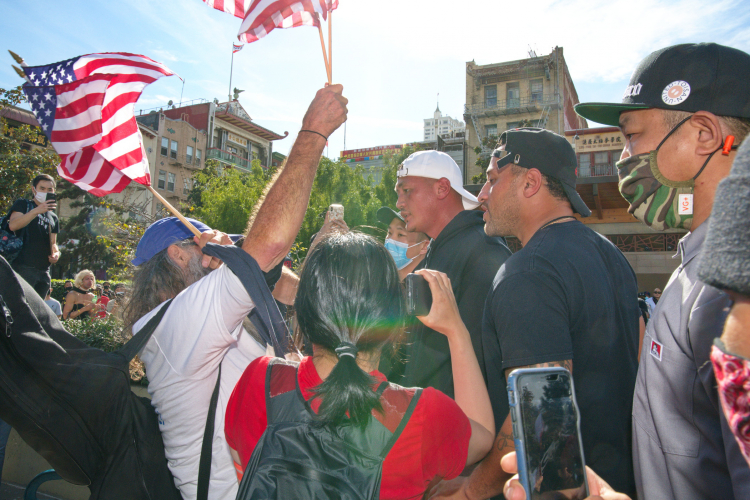 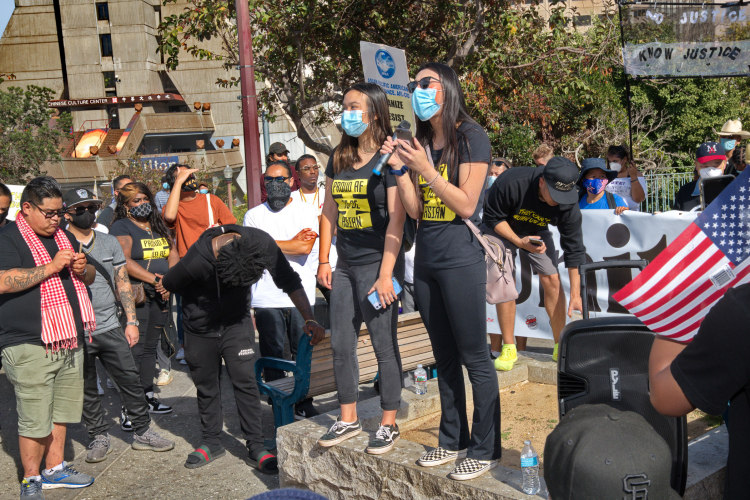 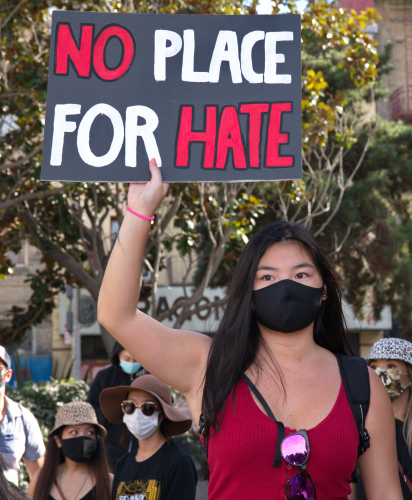 original image (1399x1694)
Add Your Comments
Support Independent Media
We are 100% volunteer and depend on your participation to sustain our efforts!