At Mountain View RBG Vigil Attendees Say They Are Fearful

by She Passed Too Soon
Sadly, Ruth Bader Ginsburg left us before the November election. On September 19 in Mountain View, California, people at a vigil in her honor said they fear Trump may be successful in his plan to choose her replacement and see them seated.

Ruth Bader Ginsburg championed individual rights throughout her career. She founded the ACLU’s Women’s Rights Project and from 1973 to 1978 she argued six women’s rights appeals in the Supreme Court. In 1993, President Bill Clinton chose her to replace Justice Byron White on the Supreme Court and she became only the second woman, after Justice Sandra Day O’Connor, to sit on the high court.

Ginsburg established herself as one of the leading liberal justices of the modern era and worked largely on a tribunal dominated by judicial conservatives. When she turned 87 in March, she became the fourth oldest sitting justice in U.S. history.

Sadly, Ginsburg left us before the election. On September 19 in Mountain View, California, demonstrators at a vigil in her honor said they fear Trump may be successful in his plan to seat his choice of replacement. They worry a Republican chosen justice will be a supporter of gun rights and try to overturn Roe v. Wade.
Related Categories: Peninsula | Womyn
§All Rise
by She Passed Too Soon 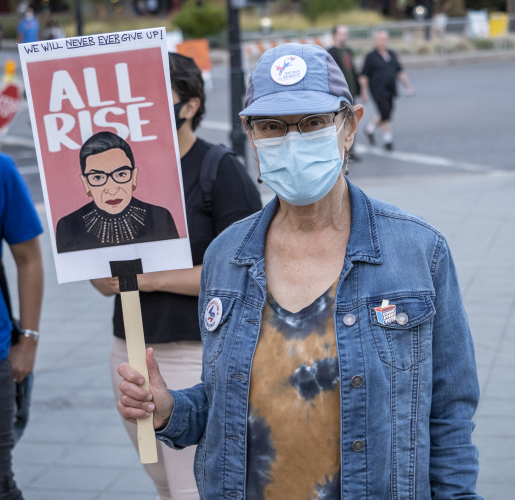 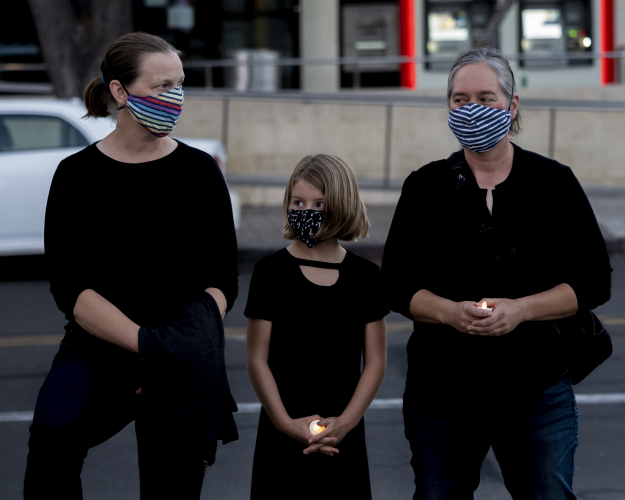 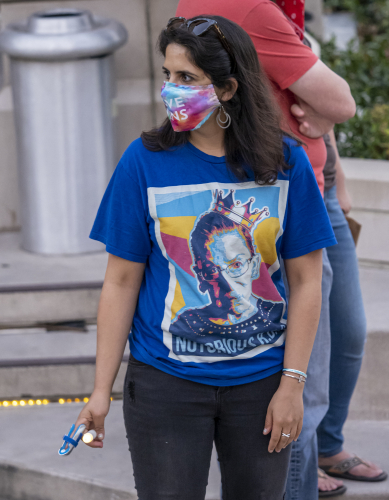 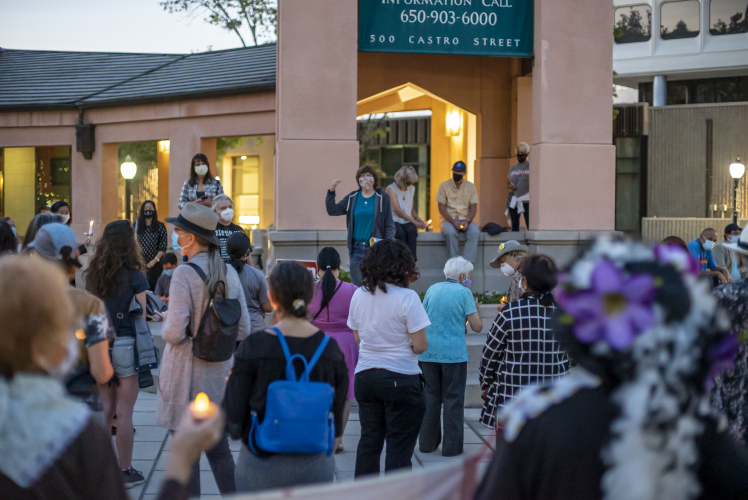 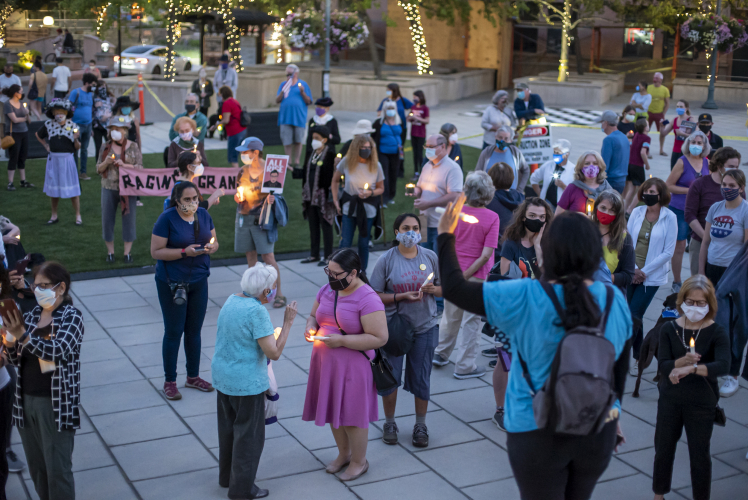 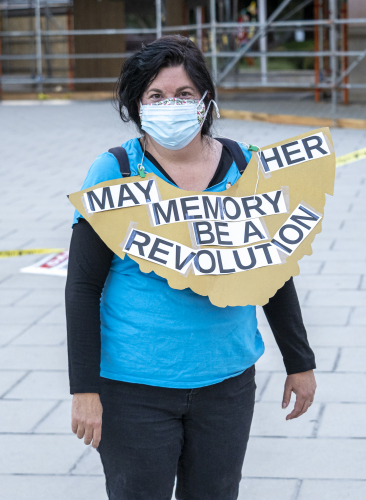 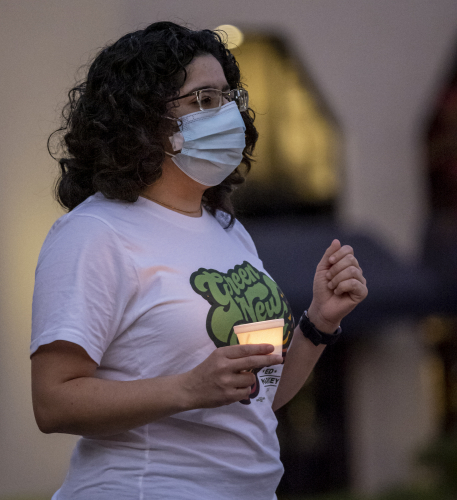 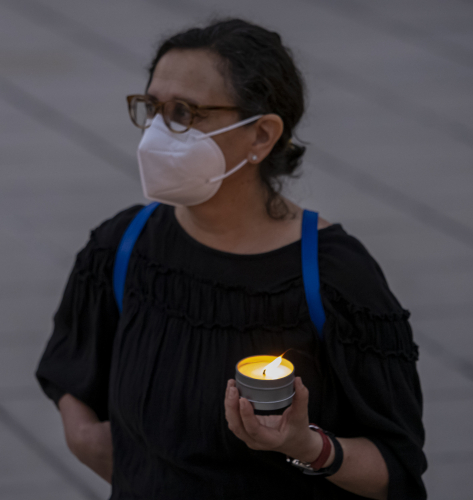 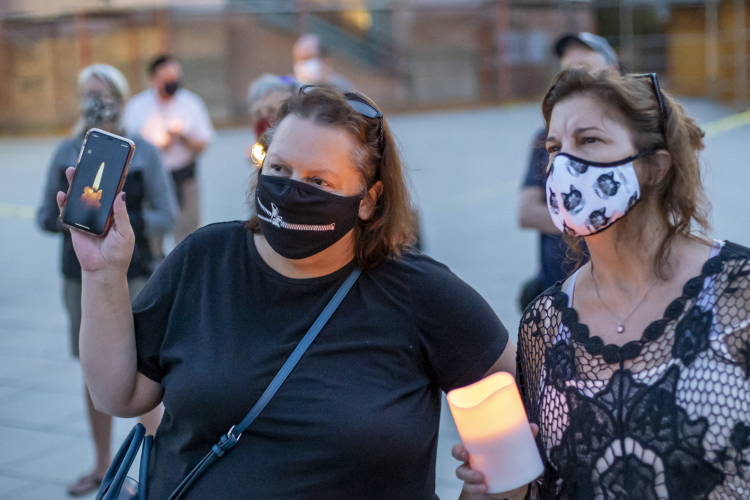 original image (2500x1665)
§Artificial flame
by She Passed Too Soon 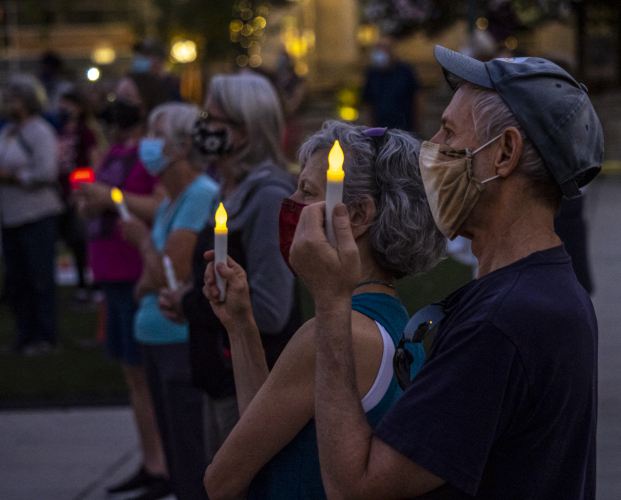 original image (2500x2012)
Organizers encouraged battery operated reusable candles as they are safer. Raging Grannies agreed and brought some from their stash to pass around.
§On the steps
by She Passed Too Soon 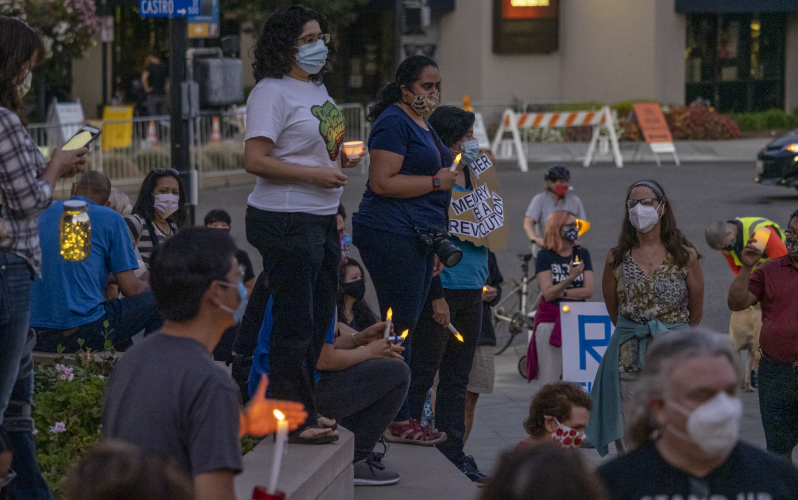 original image (2500x1565)
Add Your Comments
Support Independent Media
We are 100% volunteer and depend on your participation to sustain our efforts!