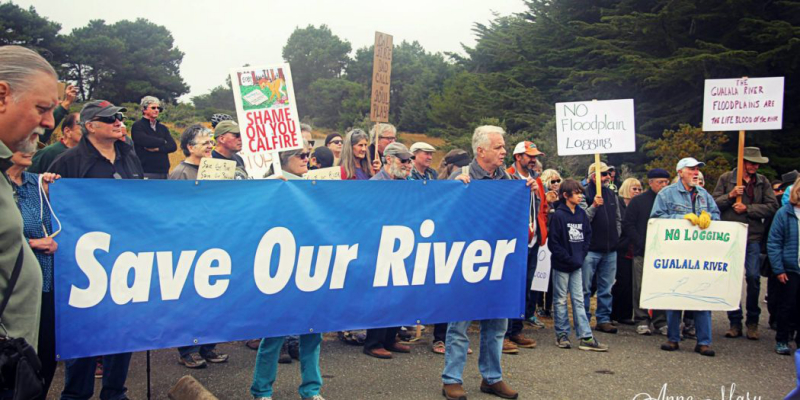 Today’s action by the Center for Biological Diversity and Friends of Gualala River seeks a court order stopping the timber company from logging some of the last remaining mature floodplain redwood forest in the region. The suit, filed in the U.S. District Court for the Northern District of California, aims to protect Northern California steelhead, Central California Coast coho salmon, California red-legged frogs, and northern spotted owls from extinction.

“We hope the court puts an end to this destructive logging project,” said Peter Galvin, cofounder of the Center. “The Gualala River’s redwood ecosystem is a California treasure that must be protected to stop the extinction crisis facing species like the steelhead and coho salmon.”

The proposed logging, on 342 acres of private land in Sonoma County, would remove mature redwoods from the lower Gualala River watershed. The Gualala River redwood forest is much beloved by locals and has been staunchly defended by Friends of Gualala River since 1992.

“As Mother Earth faces climate change and growing numbers of species are going extinct, FoGR has a responsibility to speak for the threatened and endangered species that are trying to maintain their existence and keep the ecosystem of the Gualala River intact,” said Charles Ivor, president of Friends of Gualala River. “This is why we joined with the Center for Biological Diversity to file a federal Endangered Species Act lawsuit.”

The Endangered Species Act prohibits the “taking” of imperiled wildlife, including actions that “harass, harm, pursue, wound, or kill,” threatened or endangered species. The logging project will remove redwoods in a floodplain that a federal recovery plan has identified as “essential” to the Northern California steelhead. Likewise, the federal recovery plan for Central California Coast coho salmon lists logging as a major reason for the species’ current endangered status.

To remove redwoods from the area, the proposed logging project will use heavy equipment and build roads and skid trails. This will destroy the California red-legged frogs’ habitat and is likely to kill or injure frogs. The logging plan itself acknowledges the potential for logging activities to kill slow-moving animals.

Northern spotted owls rely on old forest stands with dense canopy cover, a habitat type that continues to decline because of commercial logging operations. In addition to reducing the habitat these birds need to survive, logging leads to increased competition for the owls.

Friends of Gualala River is a local, citizen’s nonprofit organization dedicated to the protection of the Gualala River, its watershed, and the species that rely on it. 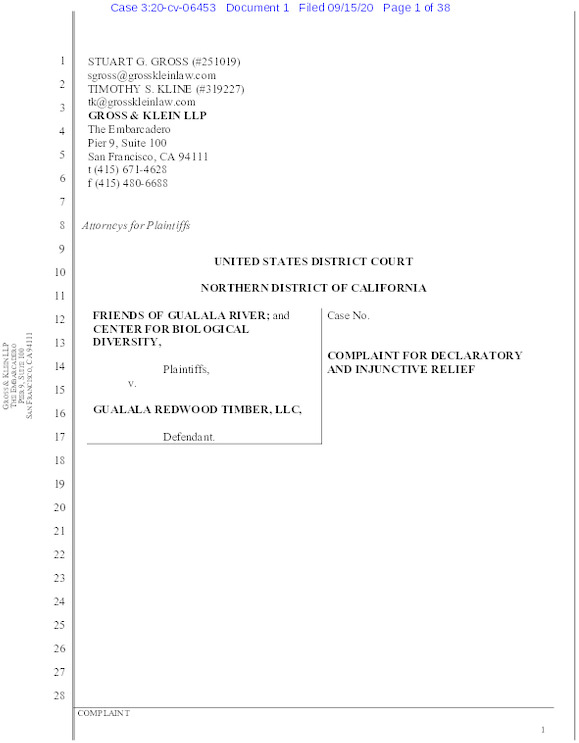 Download PDF (715.1KB)
The suit, filed in the U.S. District Court for the Northern District of California, aims to protect Northern California steelhead, Central California Coast coho salmon, California red-legged frogs, and northern spotted owls from extinction.
Add Your Comments
Support Independent Media
We are 100% volunteer and depend on your participation to sustain our efforts!