In spite of the heat wave, the committed activists of Refuse Fascism Bay Area began their Trump/Pence Out now protest event at Justin Herman Plaza wilh speakers and displays.

The speakers, some using Spanish, included a representative of the Chilean opposition which is waging a bloody fight against the Pinera government. The event, in coordination with other Refuse Fascism chapter events, followed with a march down Market Street to City Hall.

The ideological group attracted more than its usual number of supporters perhaps due to the expanding massive revulsion many San Franciscans have for Trump.

With their familiar banners and people sporting the ubiquitous orange and black and orange "Out Now" stickers, they marched while their sound truck amplified a continual stream of slogans.in English and Spanish.

New in the march was Shahid Buttar sitting atop his campaign van with its many stenciled on progressive slogans. He is running against Speaker Nancy Pelosi. He was one of the many speaker addressing the somewhat shrunken crowd in front of City Hall.. 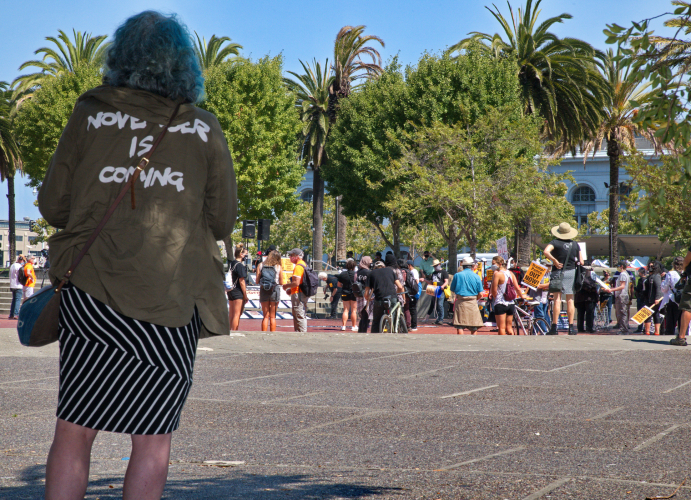 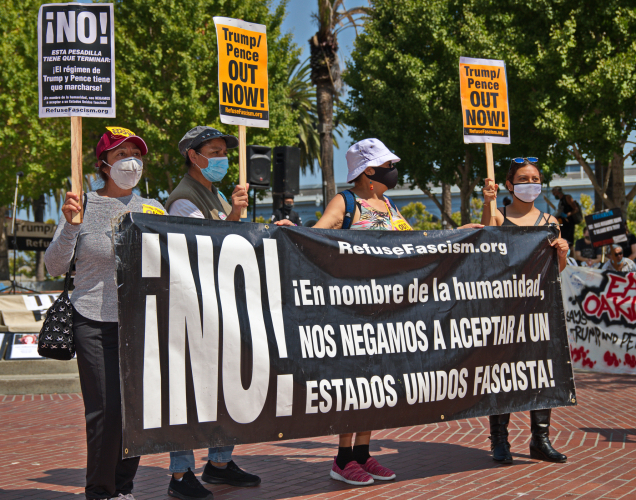 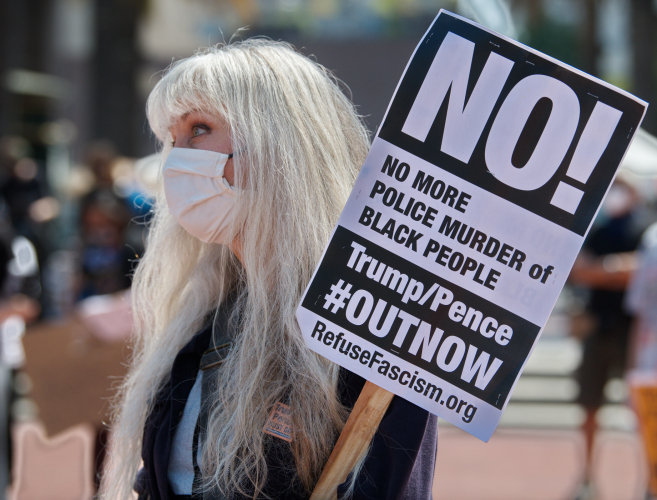 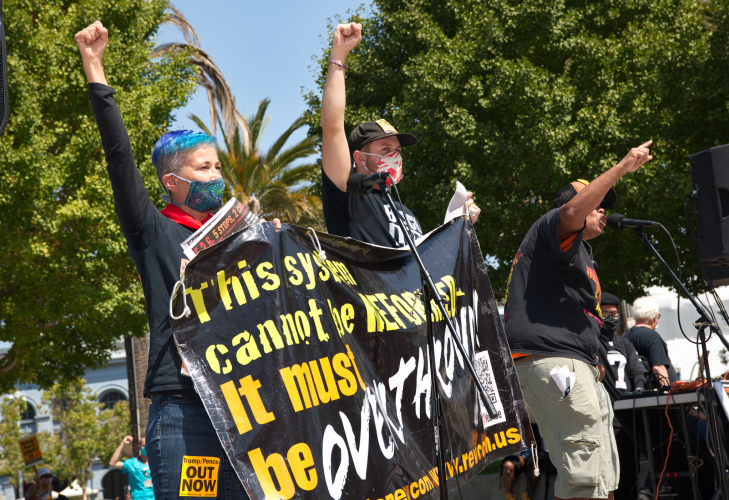 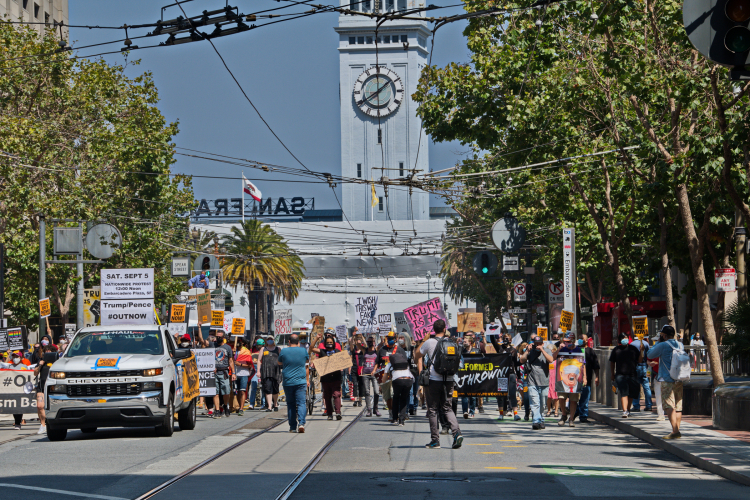 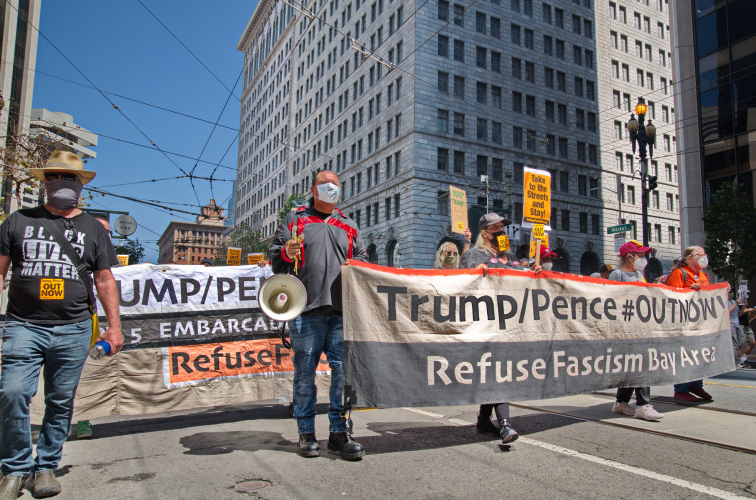 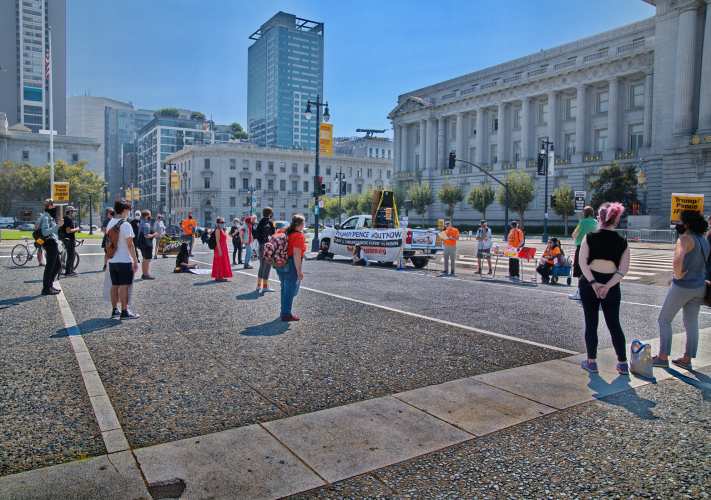 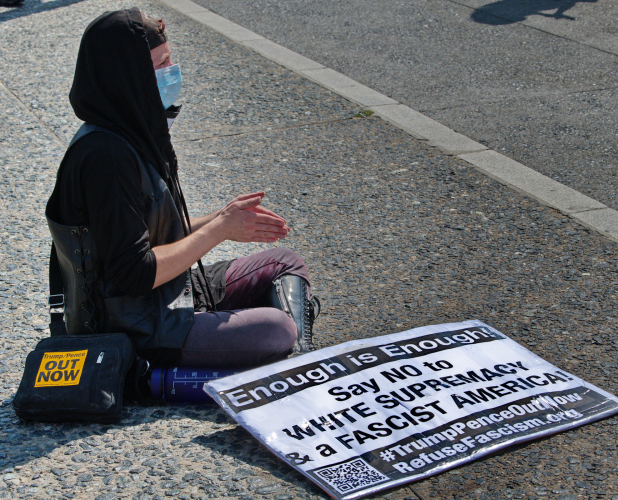 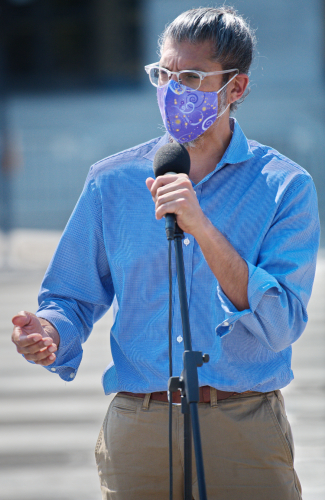 original image (1400x2150)
Add Your Comments
Support Independent Media
We are 100% volunteer and depend on your participation to sustain our efforts!