by Leon Kunstenaar
Mission High School activism continues with march through the Mission and rally at Mission police station. 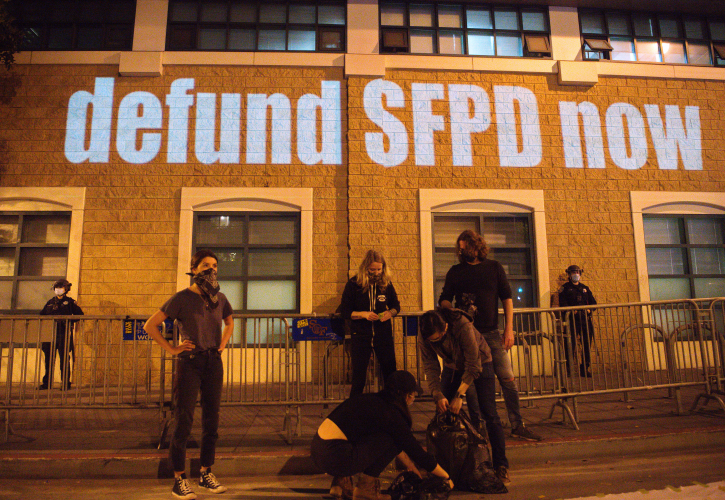 On Sept. 3 at 6PM, several hundred students gathered in front of the ornately designed entrance to Mission High School for a "Defund the SF Police" action.

They showed up to demand that resources currently allocated to police be distributed back to the community for better schools and better mental health care services. Speakers honored survivors of police violence by calling for a recitation of names and said that that the Board of Supervisors needs to make more drastic cuts to the police budget than the relatively small measures currently proposed.

After rallying the protesters marched down 18th Street through the Mission district with its newly opened outdoor restaurant dining frequented by people of means. From there they headed over to Valencia street and on to the Mission police station at 17th Street.

Police were waiting for protesters, stationed at intervals in front of the building. They watched as demonstrators set up a speaker's stand and began the work of laying out a stencil with messaging along the road. Activists projected large bright messages on station walls including "Defund SFPD Now" and "Mayor Breed Failed." Some demonstrators, now within hearing distance of police, hurled insults at them while others listened to a second round of speakers.

As the action drew to a close, the protesters left their unequivocal demand in painted bright yellow letters on the road in front of the police station: "DEFUNDSFPD". 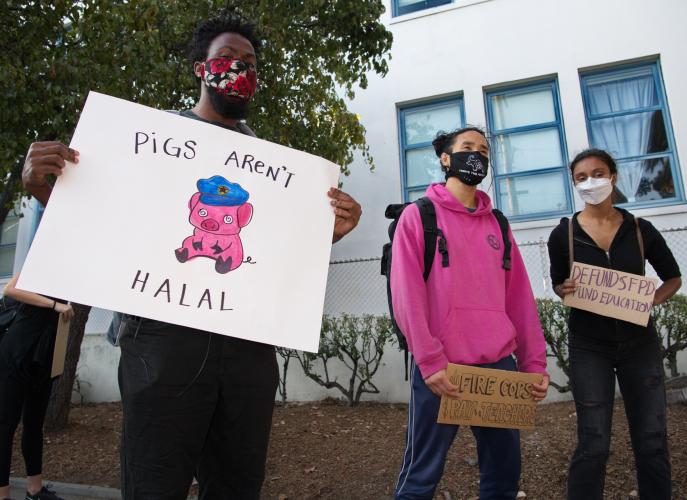 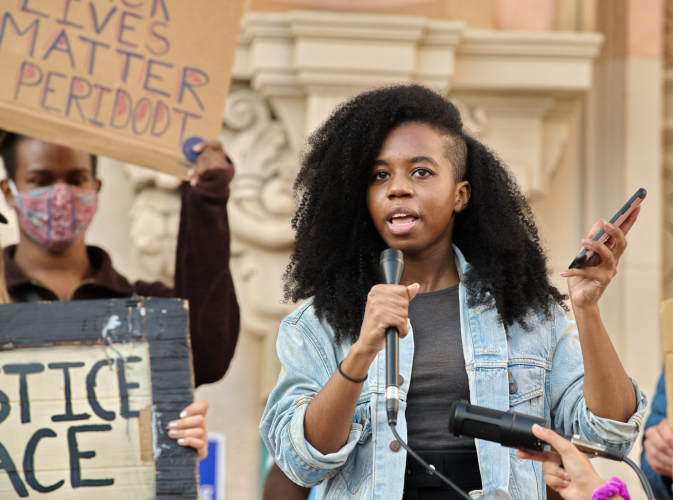 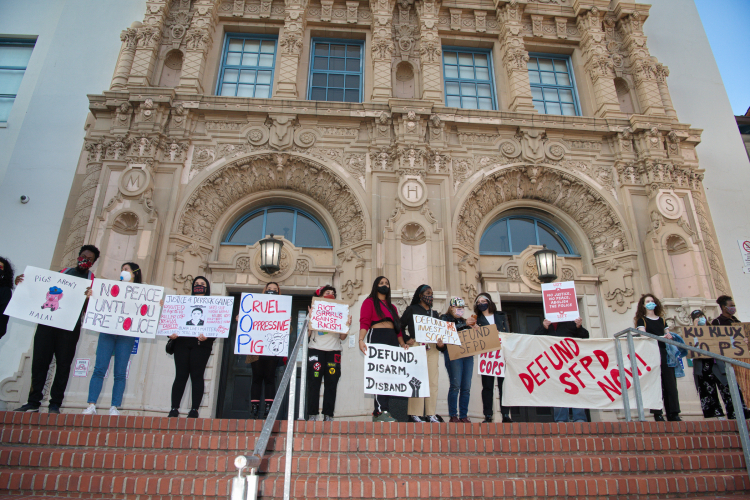 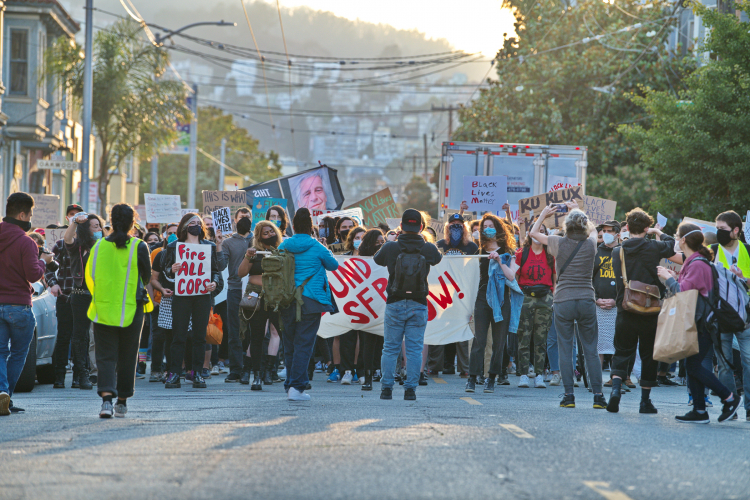 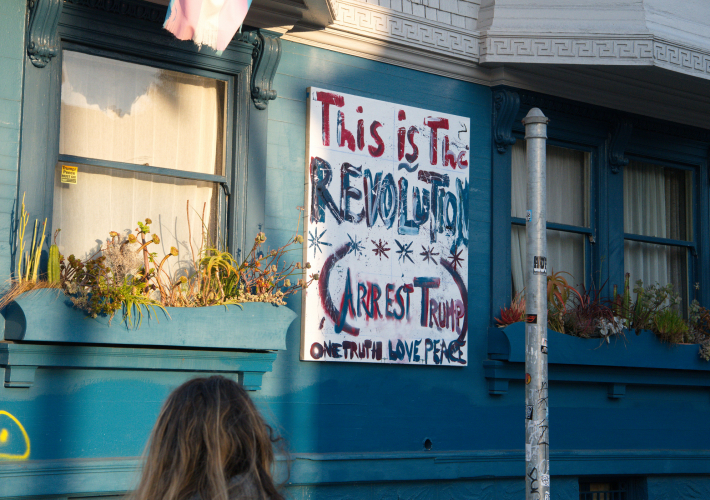 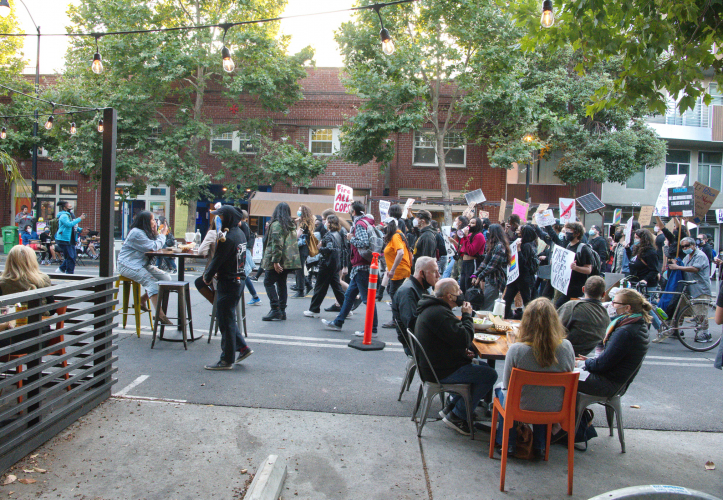 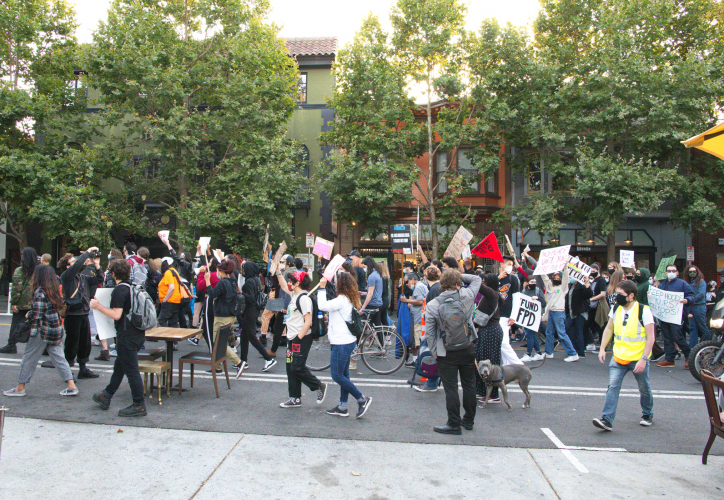 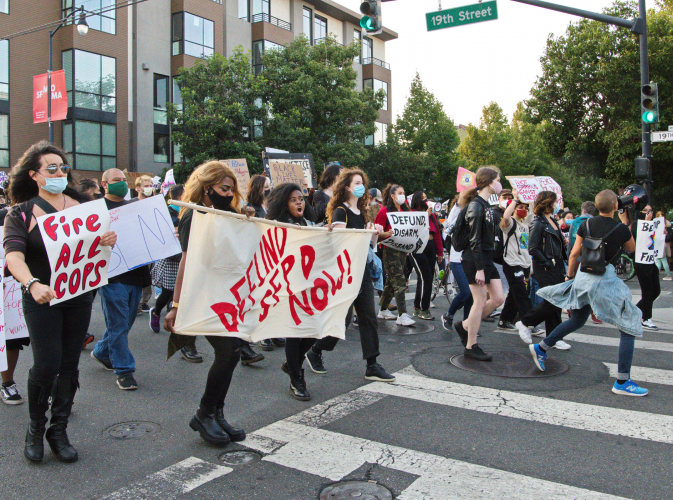 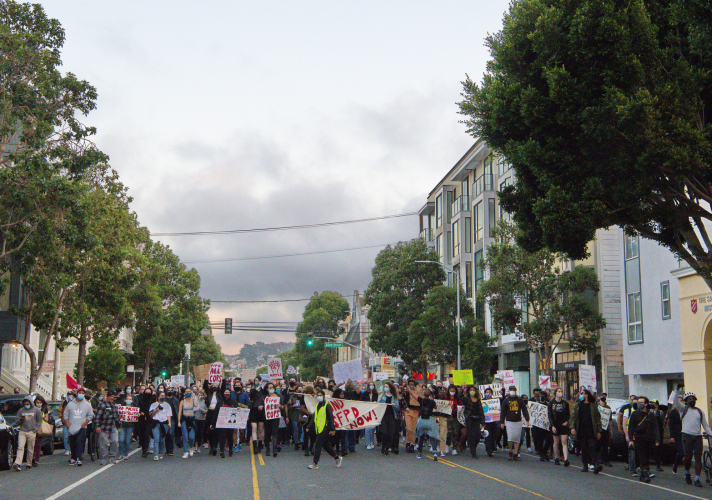 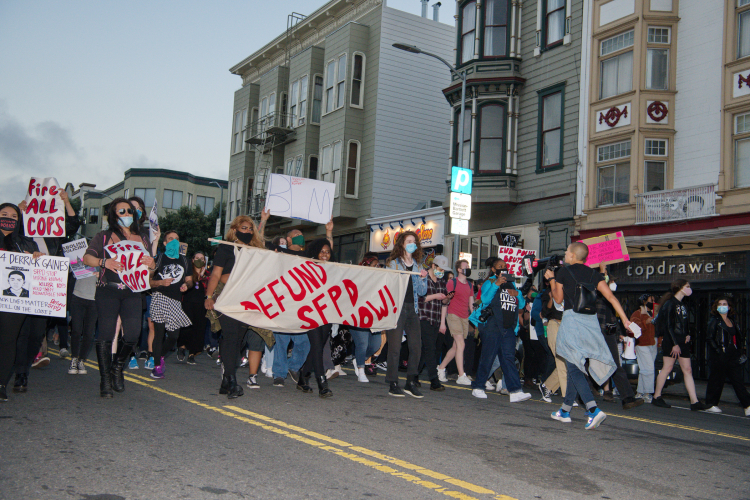 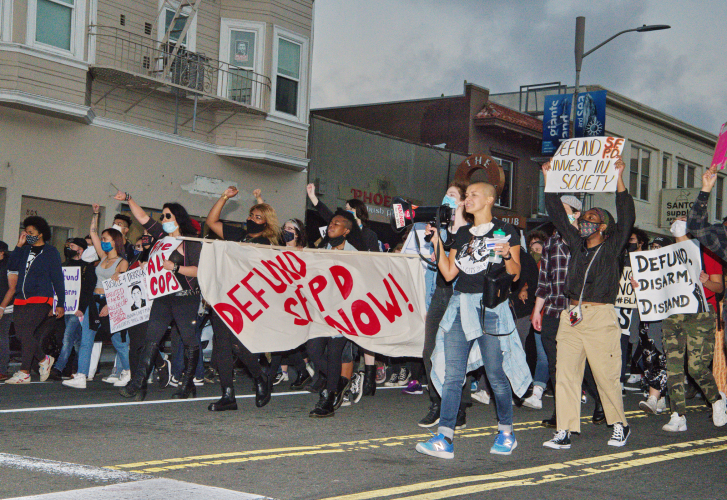 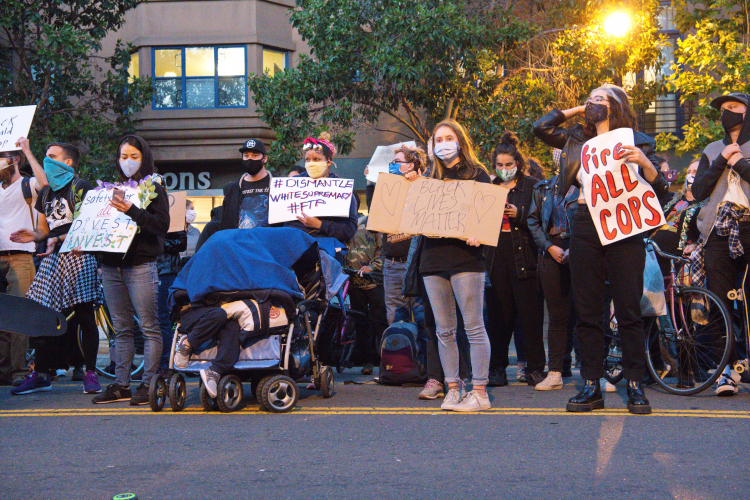 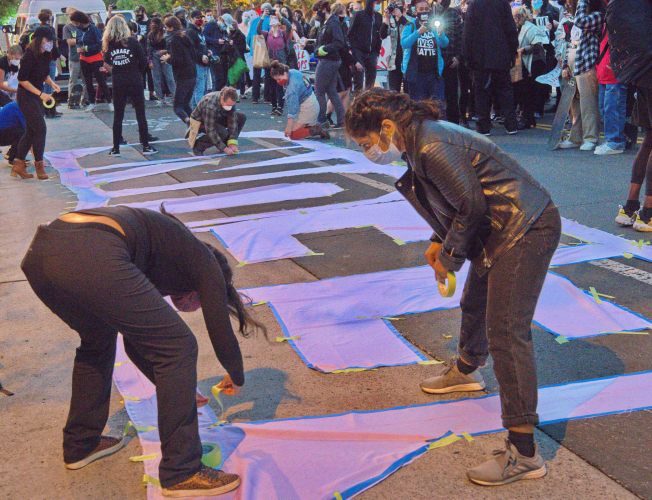 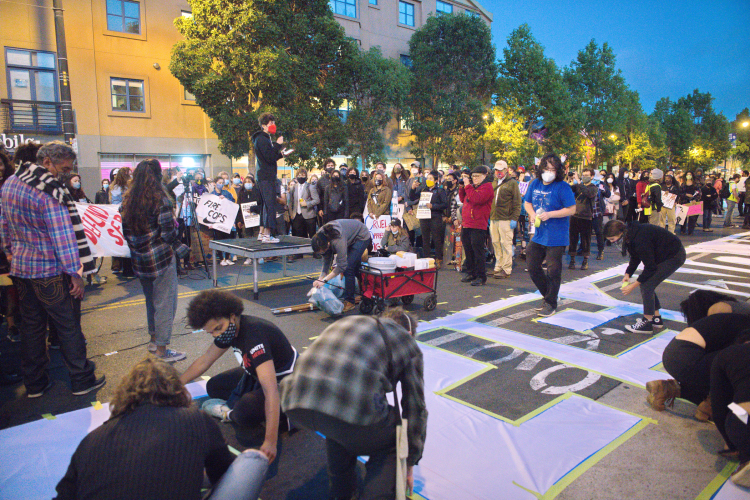 original image (1766x1400)
Add Your Comments
Support Independent Media
We are 100% volunteer and depend on your participation to sustain our efforts!