Add an Event
Newswire
Calendar
Features
Home
Donate
From the Open-Publishing Calendar
From the Open-Publishing Newswire
Indybay Feature
Related Categories: North Bay / Marin | Police State & Prisons | Racial Justice
Black, White, Brown, Young, Old, Raise Fists in Resistance to Racist Police Practices
by Solidarity in Tiburon
Wednesday Sep 2nd, 2020 3:55 AM
Tiburon police questioned the owners of Yema, a store on Main Street in Tiburon, in an incident of racial profiling. The officers insisted the merchant, who is Black, show proof that he really did belong inside the store he owns. On August 29 protesters showed solidarity with the store owner and with one another at a protest in front of the police station. 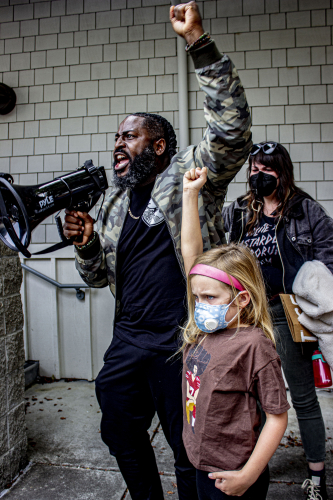 The Police Chief in Tiburon, in Marin County, said the town has engaged the services of an independent attorney to conduct an investigation into an incident in which the Black owner of an athletic wear store was questioned by police.

The incident of August 21, which was captured on video, provoked outrage. In a protest of about 500 people a week later, there were many demonstrations of solidarity with the owner and with fellow community members. 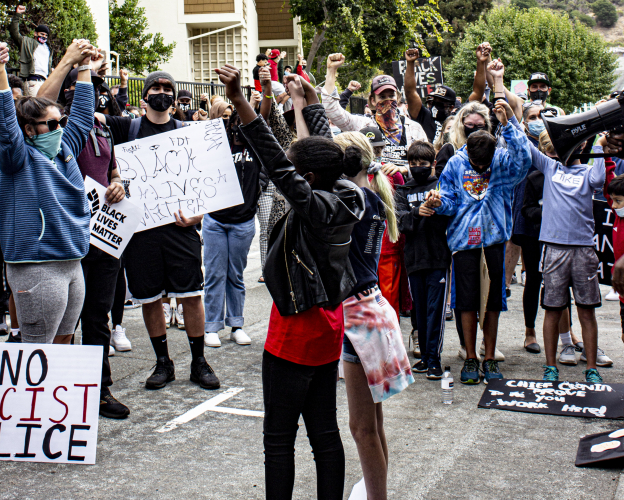 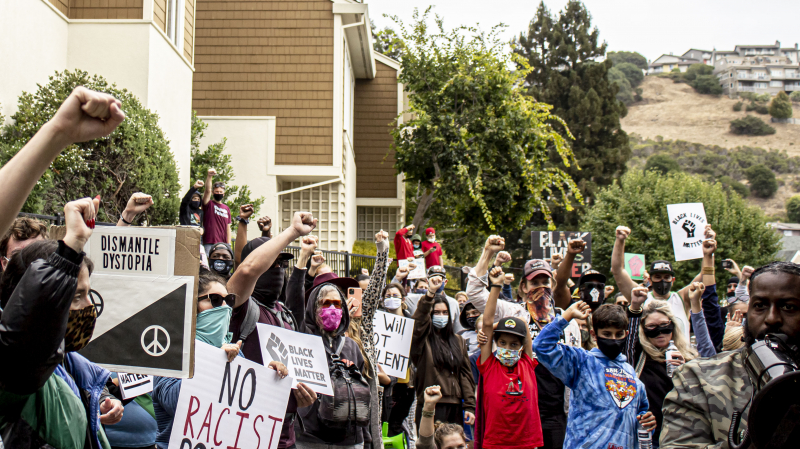 original image (3876x2180)
§Speaker at Protest in front of the Tiburon Police Station
by Investigation in Tiburon
Wednesday Sep 2nd, 2020 3:55 AM 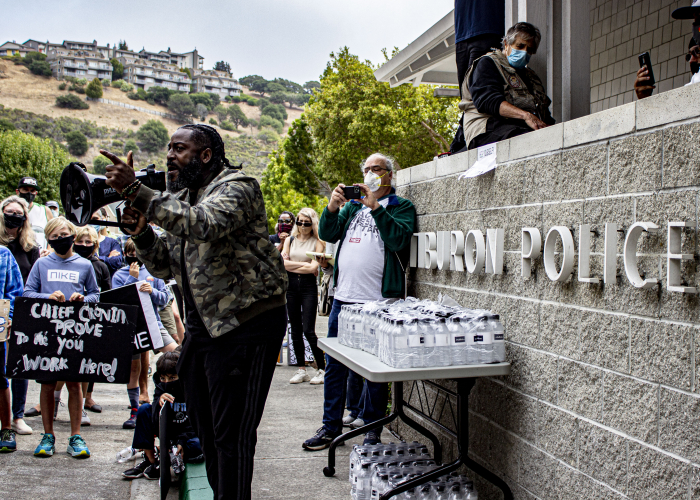 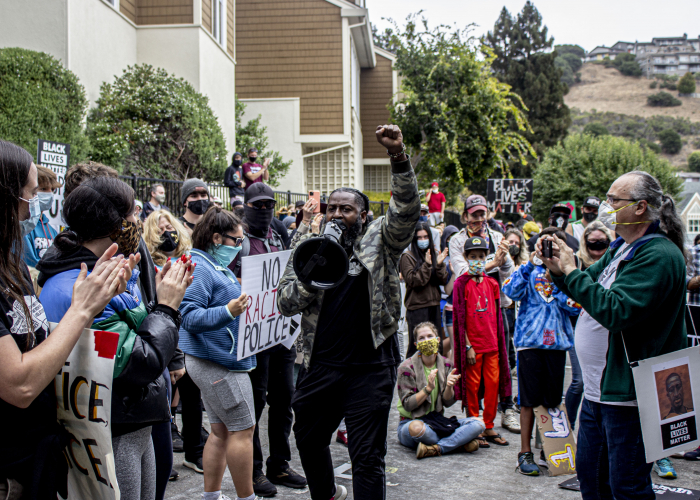 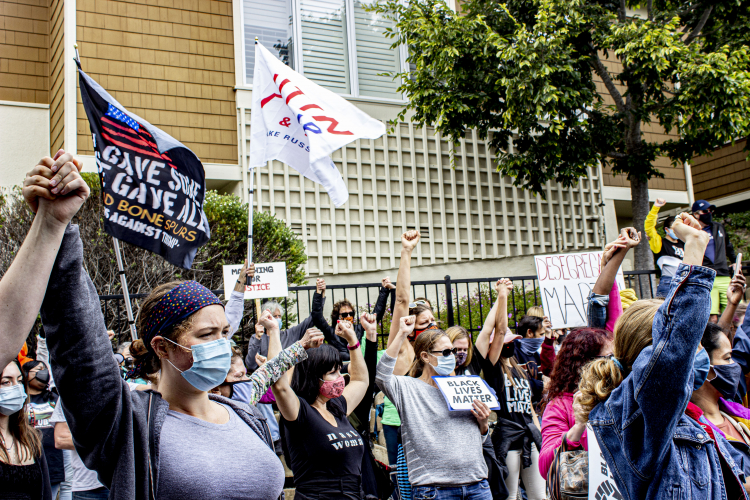 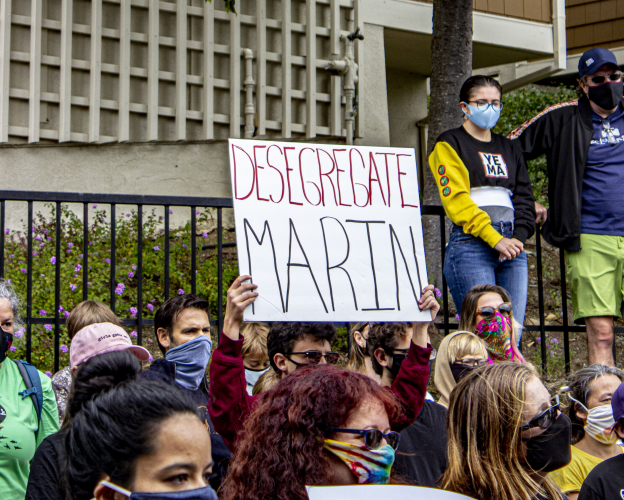 original image (3441x2753)
Add Your Comments
LATEST COMMENTS ABOUT THIS ARTICLE
Listed below are the latest comments about this post.
These comments are submitted anonymously by website visitors.