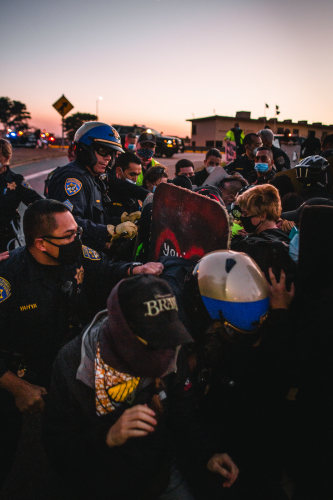 Organizers of the "March for the Dead Fight for the Living" action of August 21 said that Trump will declare victory on election night no matter what actually happens. One stated in an email to allies, "How we react will determine if American democracy survives. Everything we do now is an effort to plan, train and act, so that we can protest safely, effectively and non-violently starting November 4, 2020."

The day after the protest, another organizer said that, "If the goal was to mourn on our bridge, we failed. If we wanted a rehearsal for the show that will open November 4, we succeeded. We can’t open after just one rehearsal, though."
§Dozens of Police Cars Responded to a Relatively Small Protest
by R. Robertson
Sunday Aug 30th, 2020 1:23 AM 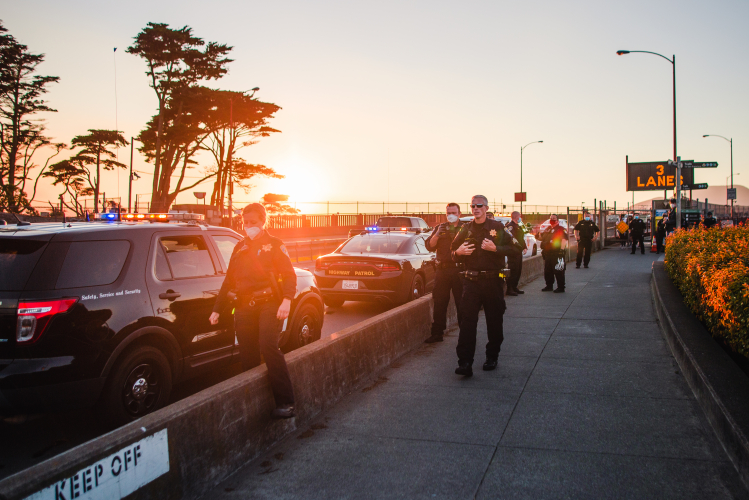 original image (4741x3161)
People on the scene reported that there were fewer than 50 protesters, yet dozens of police cars showed up.
§Shield Training on Crissy Field Just Before the March
by R. Robertson
Sunday Aug 30th, 2020 1:23 AM 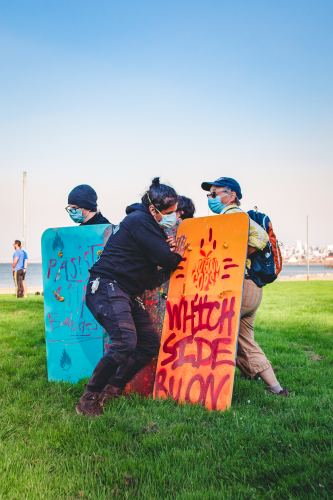 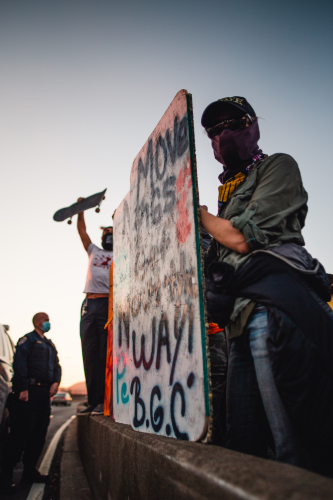 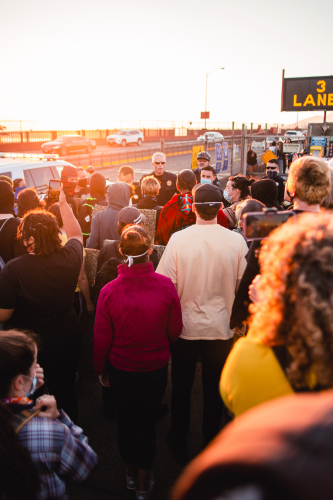 original image (3207x4810)
Add Your Comments
Support Independent Media
We are 100% volunteer and depend on your participation to sustain our efforts!