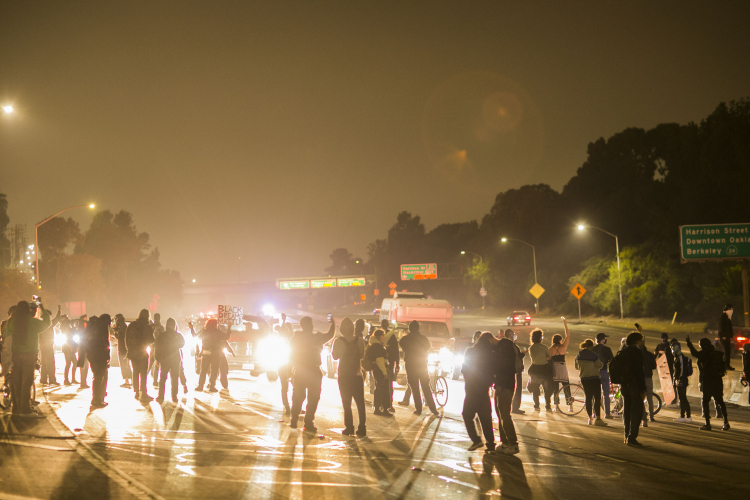 The call to defund police departments in in favor of investments to healthcare, education, housing and other social services in Black communities grew louder this week with protests in Oakland, San Jose, and Palo Alto.

This week marks 57 years after the 1963 civil rights march on Washington. Demonstrators said they are sick of people dying on the streets and police getting away with it. On Sunday, Jacob Blake, a Black man, was shot seven times by Kenosha, Wisconsin police, and although he survived the shooting he was left paralyzed from the waist down.

A second wave of shock hit Northern California and the rest of the nation when Kyle Rittenhouse, a self described white militia member "trying to protect life and property" carried a long rifle into a demonstration against the Blake shooting in Kenosha and fired at three protesters. There have been many reports that the police in Kenosha did little to stop him, and cries are ringing out in the SF Bay Area and elsewhere accusing police and vigilantes of working together against Black people and Black Lives Matter protests in particular.

Oakland protesters took to the streets on Wednesday, August 26. A subset of the demonstrators smashed windows and set fires, including one inside the Alameda County Superior Court building at 1225 Fallon St., according to police reports. Oakland protests continue; San Jose and Palo Alto protesters have joined the fray with demonstrations in their own cities. In Palo Alto demonstrators shut down a major intersection for over a hour on August 27. Hundreds were in the streets of San Jose on the night of Friday Aug 28.

In Oakland, demonstrators said their takeover of Highway 580 on the 26th was easy and they vowed to continue to give voice to their anger with action.
§photo: Jasmin Van T
by R. Robertson
Saturday Aug 29th, 2020 8:16 AM 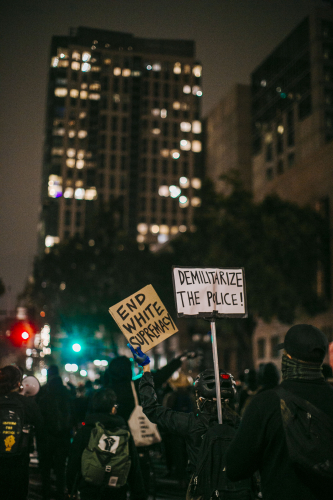 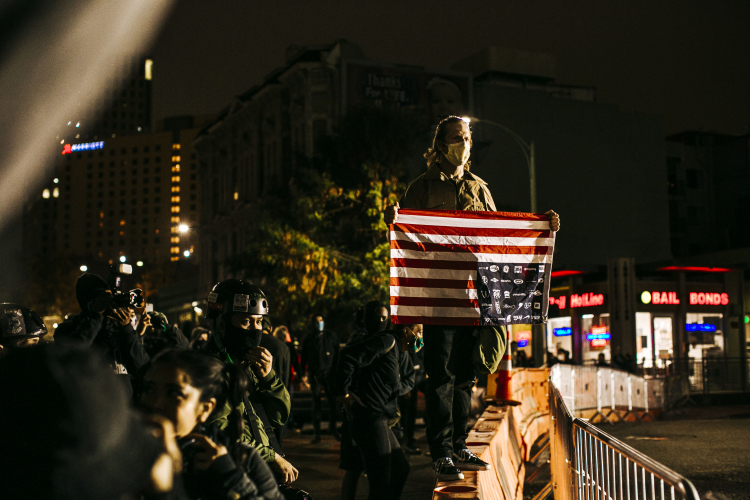 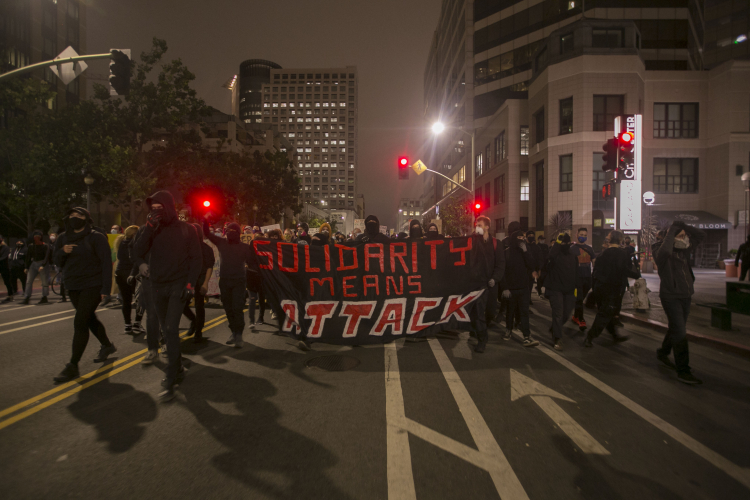 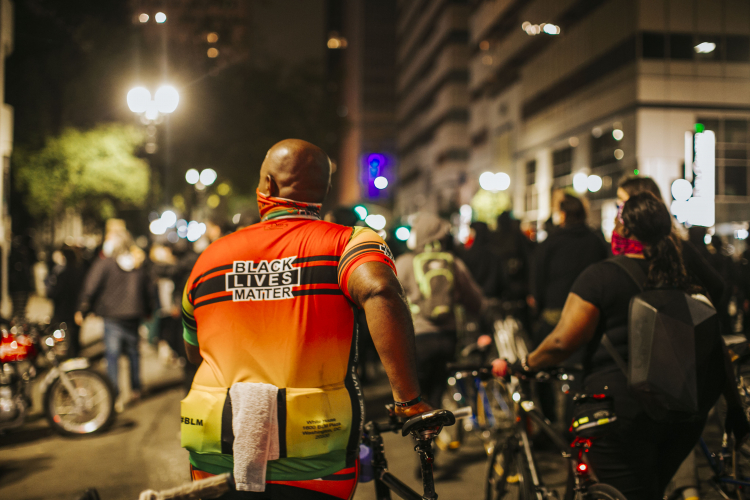 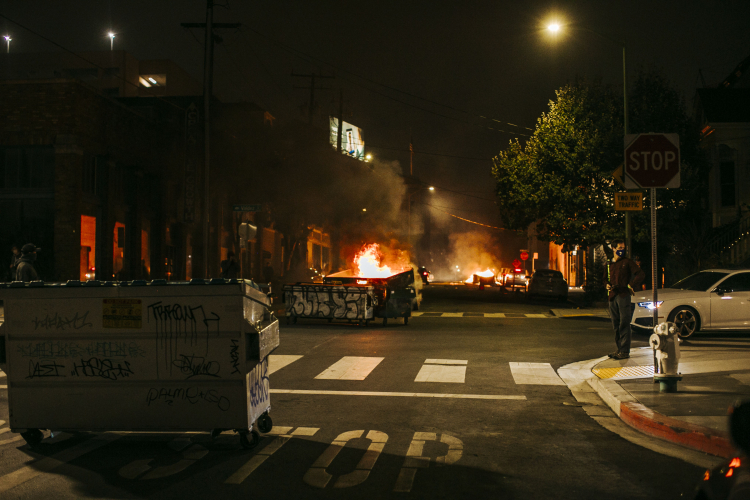 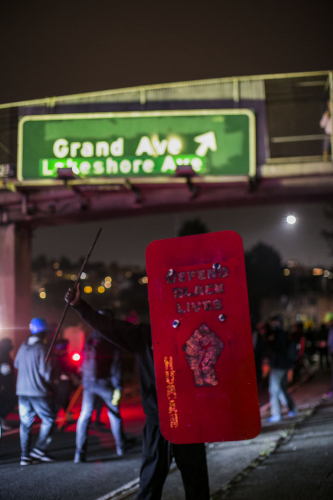 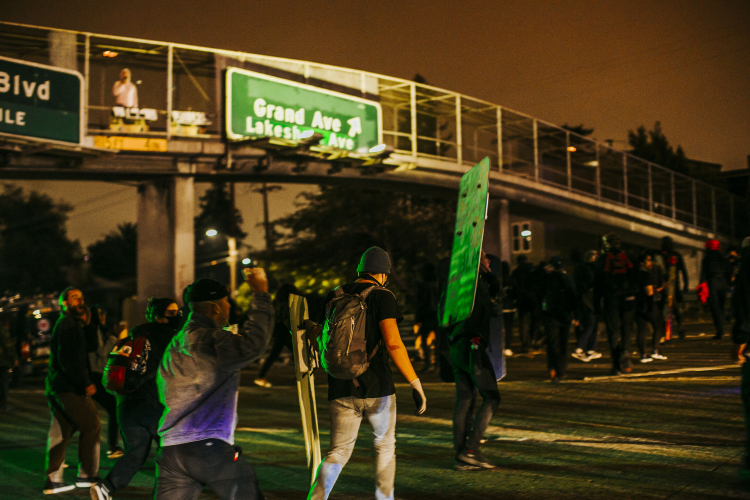 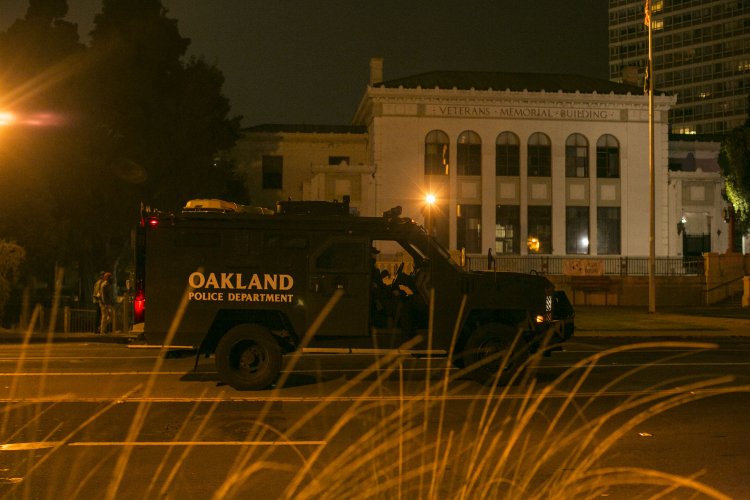 original image (3960x2640)
Add Your Comments
Support Independent Media
We are 100% volunteer and depend on your participation to sustain our efforts!