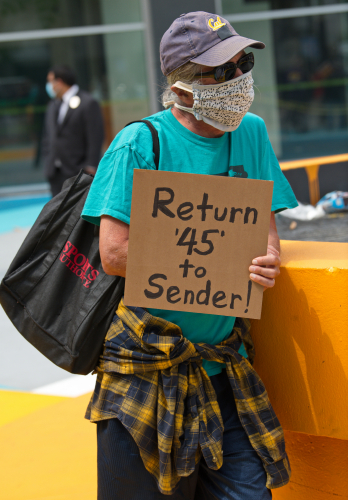 If a foreign power attacked the nation's postal system to subvert its ability to conduct a national election, it would be considered an act of war. Trump's removal of sorting machines and mail boxes in order to delegitimize an election he fears loosing, goes far beyond his usual "flouting of norms". It is an attack on the functioning of the Republic.

Postal workers understand this. Through their APWU and NACL unions, they have organized nationwide rallies in protest. On Tues Aug. 25, San Francisco's postal workers rallied at noon next to the Market Street, Fox Plaza post office.

Signs demanded the restoration of service and funding cuts. Understanding the connection, many carried sign that read "Save Our Democracy, Protect USPS & Voting."

A solution suggested by one sign read "Return '45' to sender." 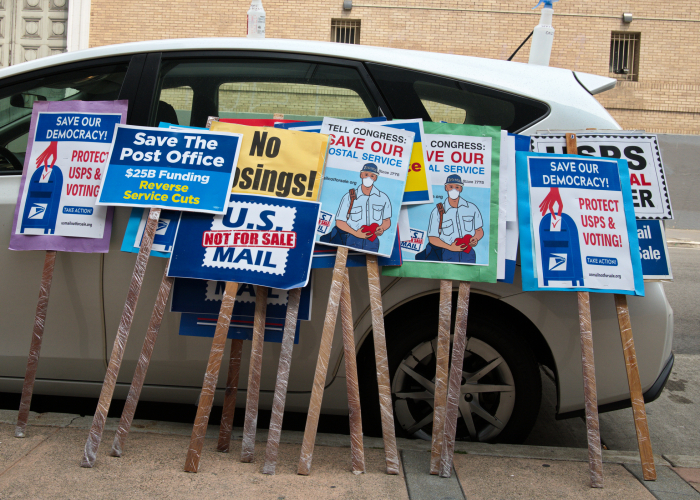 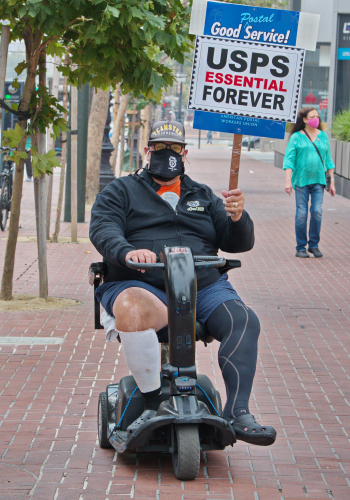 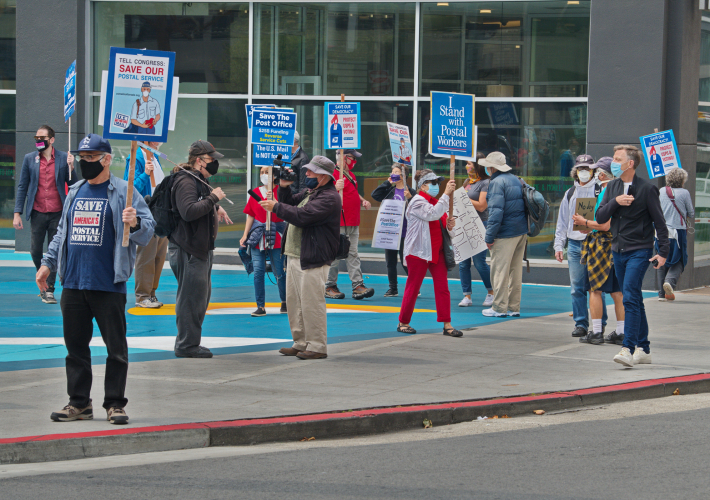 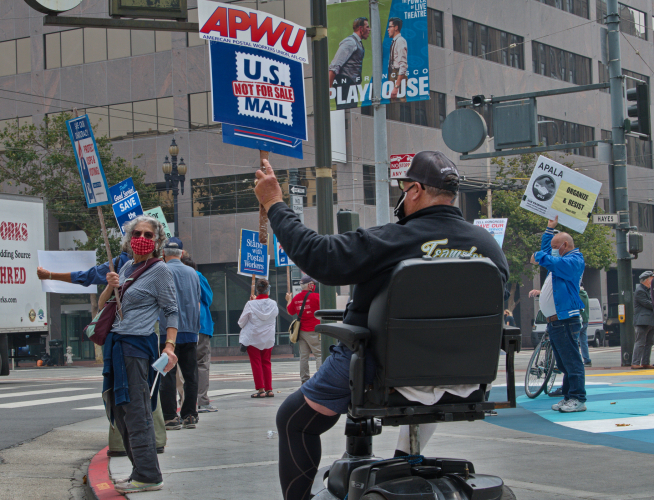 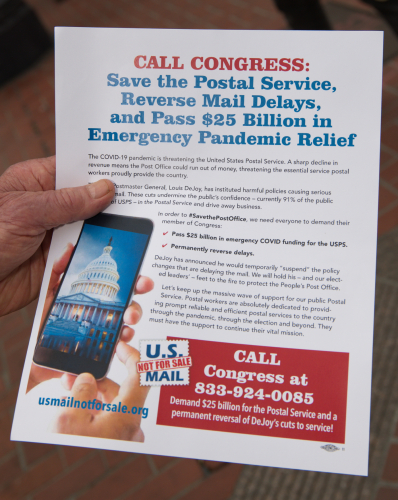 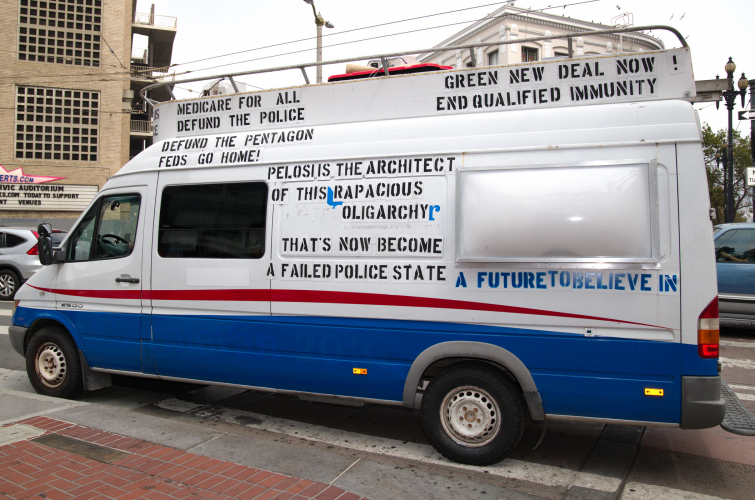 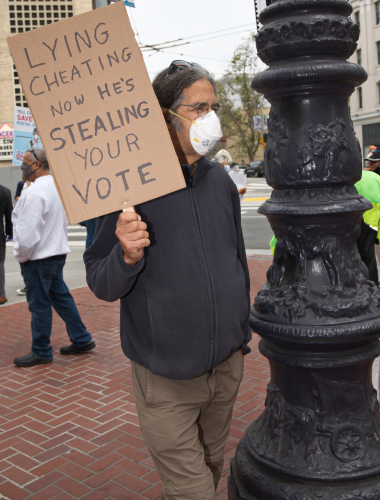 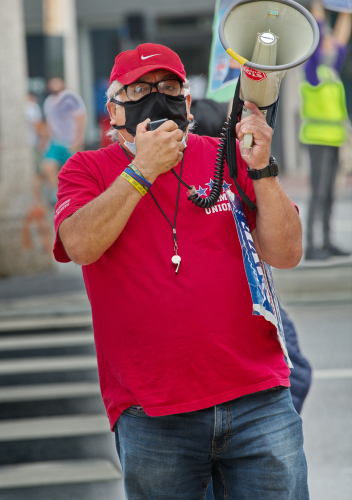 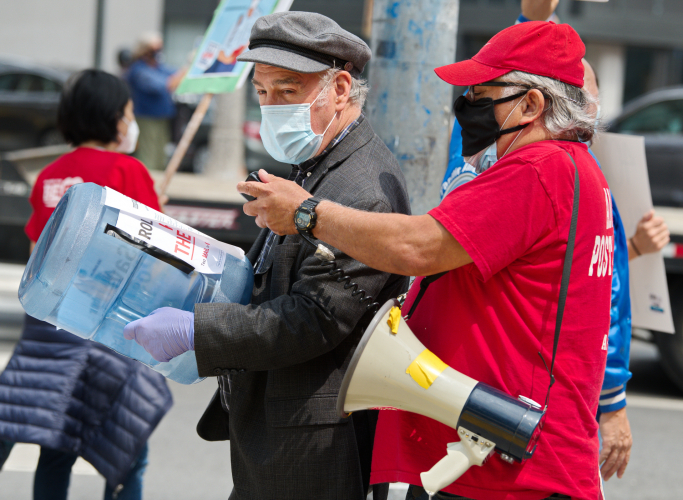 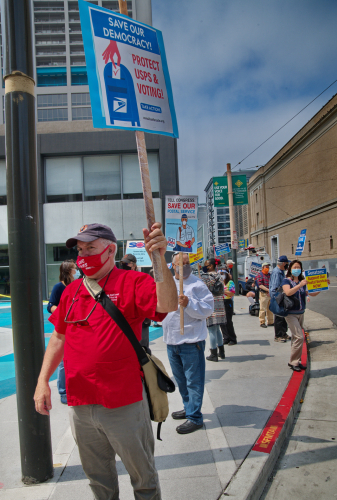 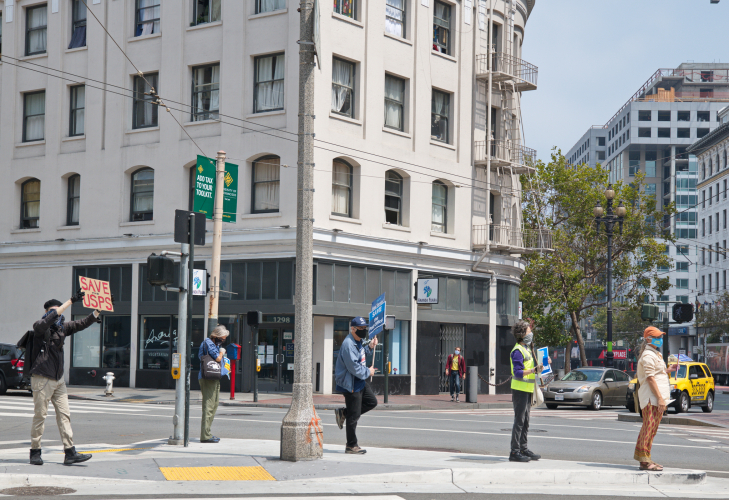 original image (1704x1400)
Add Your Comments
LATEST COMMENTS ABOUT THIS ARTICLE
Listed below are the latest comments about this post.
These comments are submitted anonymously by website visitors.