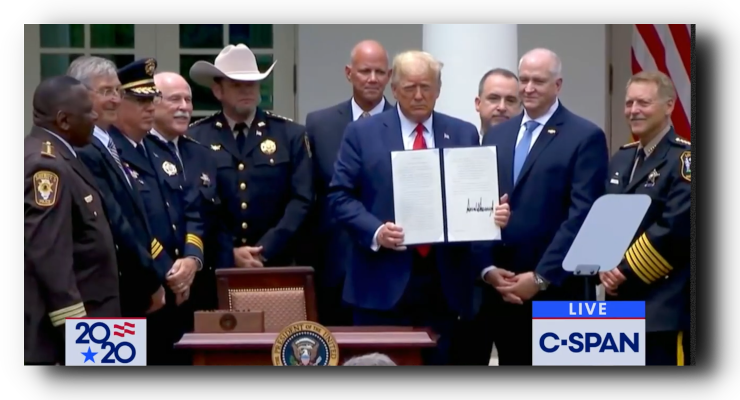 The Republican National Convention, which opened last night, must be taken as a serious warning by the working class. This event has an out-and-out fascist character. It is putting on display the most reactionary forces in American life: racists, anti-Semites, rabid anticommunists, and militarists.

Such is the rotten character of the official political system that the dregs of humanity are accorded hours of prime-time television and treated seriously as a legitimate part of public life. These forces have a very real prospect of consolidating their position at the head of the most powerful imperialist state on the planet.

Diatribes against socialism and open appeals to racism and xenophobia are vomited across the airwaves with little or no opposition from within the media establishment. On the contrary, one television network, Fox, is devoted entirely to the propagation of such views, while the others offer little more than half-hearted corrections, as though a four-day fascist propaganda show requires only a bit of fact checking.

The opening night of the convention confirms the danger against which the WSWS and the Socialist Equality Party have consistently warned: Donald Trump and the Republican Party are seeking to establish an authoritarian, personalist movement, an American form of fascism, which would smash opponents through the use of brute force.

Trump does not have a purely electoral perspective. His convention is itself a demonstration of this, since it is primarily aimed at whipping up antisocialist hysteria in its right-wing base and justifying preemptive action by the police and military, as well as ultraright paramilitary forces.

He aims to create an environment in which there is enough uncertainty about the outcome of the vote—through his claims of massive fraud, outright sabotage of the mail-in vote, and efforts to disrupt the in-person voting through the mobilization of police, sheriffs and immigration agents at the polls—that he can make a claim to retaining power.

No Democrat has answered Trump’s declaration, made last week, that the outcome of the election may be unknown for weeks or even months after the polls close on November 3. This only demonstrates the entire fecklessness and unseriousness of the Democratic Party.

It is not that there is any broad support in the American population for Trump’s fascistic views. Quite the contrary, the trend is to the left, particularly among workers and youth. But there is a widespread and thoroughly justified feeling that the Democratic Party is no alternative, that it offers nothing to working people.

Millions of working people reject the big lie of the Republican convention, the claim that Trump has mobilized an effective response to the coronavirus pandemic that has infected nearly six million people and killed more than 180,000. The United States has four percent of the world’s population, but 25 percent of the COVID-19 cases and 23 percent of the deaths. In its inept, corrupt and callous response to the pandemic, the Trump administration and the American ruling class have demonstrated the complete failure of American capitalism.

The danger confronting working people does not come from the inherent strength of the Trump camp but from the dead weight of the Democratic Party, which seeks to suppress the real opposition to the would-be Mussolini in the White House which comes from below—the strikes and walkouts by teachers, auto workers, warehouse and logistics workers triggered by the pandemic, the massive and unprecedented popular protests against police violence and racism.

Rather than saying what is—that Trump is moving to establish an authoritarian regime—and appealing to the American people against it, the Democrats seek to woo sections of the Republican Party itself: the former governors, senators and military-intelligence operatives who were paraded in front of the convention that nominated Joe Biden and Kamala Harris.

At the same time, they seek to split the working class along racial lines, continually counterposing race to class and blaming whites as a whole for the racial discrimination and violence which are the product of capitalism and the capitalist state. This emphasis on racial (and gender) identity actually gives Trump and the ultraright an opening to make an appeal to white workers facing the destruction of their jobs and living standards under the impact of the coronavirus pandemic and the economic collapse it has triggered.

Trump won the presidential election in 2016 because the Democratic Party made a point of demonstrating its hostility to the working class, particularly in the industrial Midwest, the focal point of the destruction of jobs and wages during the eight years of the Obama-Biden administration.

The Democratic vote collapsed, not only in rural and small-town working-class areas, but in the inner-city neighborhoods of Milwaukee, Detroit and Philadelphia, tipping the states of Wisconsin, Michigan and Pennsylvania to Trump and, with them, the White House.

With the nomination of the right-wing Biden-Harris ticket, the Democratic Party is running the 2020 election with the same strategy as 2016, making no appeal to the working class and seeking to further consolidate its standing as the favored party of Wall Street and the military-intelligence apparatus.

In their first joint interview since the convention, Joe Biden and Kamala Harris appeared on ABC News Friday night. In the course of nearly one hour, they made no mention of poverty, hunger, homelessness or the cutoff of the $600-a-week supplemental federal unemployment benefit upon which some 28 million workers, laid off because of the coronavirus pandemic, depended for their survival.

Ignoring the economic distress that unites millions of working people of every race and gender, the Democrats act as though there were no serious crisis, in a country where nearly 200,000 have died in the pandemic and 28 million are unemployed. Trump has a program—the forcible suppression of social contradictions using fascist methods. The Democrats have no program, except to claim that the horrors of capitalism would be made more tolerable if they were inflicted by a more “diverse” selection of rulers.

The Socialist Equality Party is serious about the fight against Trump and fascism. For that very reason, we entirely oppose and reject the policy of the Democratic Party, and of all its political apologists, from the liberal advocates of identity politics to the corrupt trade unions to the ex-radicals of the pseudoleft. Trump cannot be fought without a socialist program that mobilizes the working class, potentially the most powerful force in society, on a class basis.

Trump constantly points to the rising Dow Jones Industrial Average, S&P 500 and NASDAQ. In this sense he is being honest: he has run the country in the interests of Wall Street. The Democrats represent the same constituency, but they seek to hide this fact from the working class, even as cash from the big banks and the stock exchange floods the Biden campaign coffers.

The essential role of the Democratic Party is to strangle social opposition to capitalism. They are all for opposition to Trump as long as it does not impinge upon the social interests of Wall Street. But the growing movement by the working class in opposition to capitalism provides the only possible basis for a real struggle against Trump and the financial oligarchy of which he is the most corrupt and reactionary representative.

https://www.wsws.org/en/articles/2020/08/2...
Add Your Comments
Support Independent Media
We are 100% volunteer and depend on your participation to sustain our efforts!