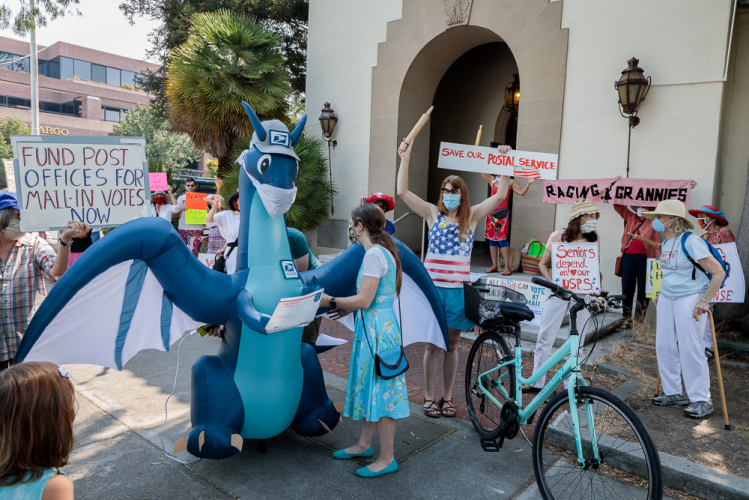 On August 22, decades long voting rights activist Gail Sredanovic said, "We must defend the essential services provided by the U.S. Postal Service, including our ability to vote by mail. Today we are pushing back against the Trump administration's attacks in front of Palo Alto's historic downtown post office."

Members of the Raging Grannies Action League, founded in Palo Alto in 2001, wielded rolling pins and other kitchen implements and symbolically defended the post office on the steps of the building. The excitement they generated led protesters to join them in stopping traffic on Hamilton Ave in front of popular post office.

The action in Palo Alto, which drew over 100 demonstrators, was part of a nationwide mobilization at post offices across the country. Speaker LaDoris Cordell, former Independent Police Auditor for the city of San Jose, called on Postmaster General Louis DeJoy to resign in the wake of mail slowdowns and demanded a full reversal of the changes he made including the return of all removed public mailboxes and sorting equipment.
§Stopping traffic
by Roving Reporter
Monday Aug 24th, 2020 6:22 PM 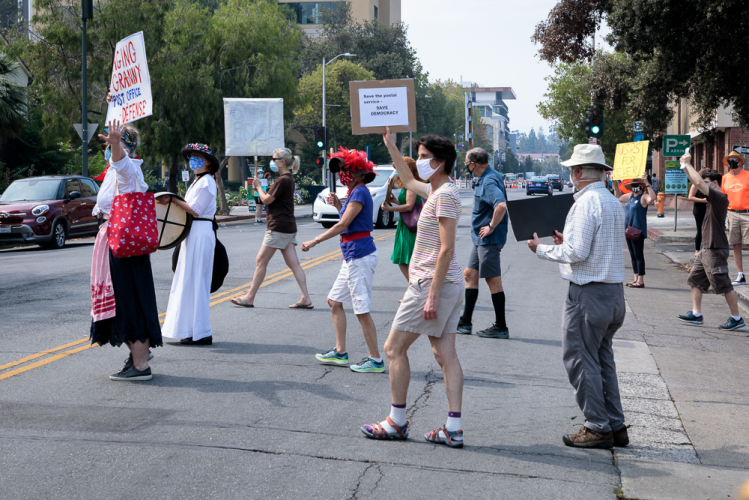 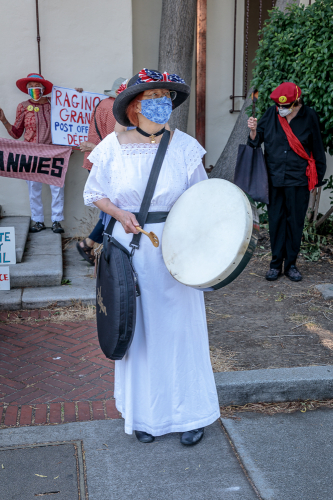 original image (667x1000)
In order to reduce the amount of smokey air intake, a drummer banged out the rhythm of response to chants. "When postal service is under attack, what do we do?" Boom Boom Boom Boom
§LaDoris Cordell, speaker
by Roving Reporter
Monday Aug 24th, 2020 6:22 PM 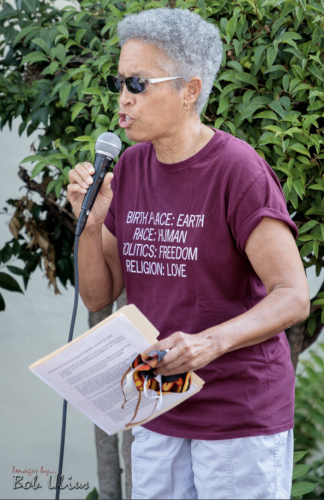 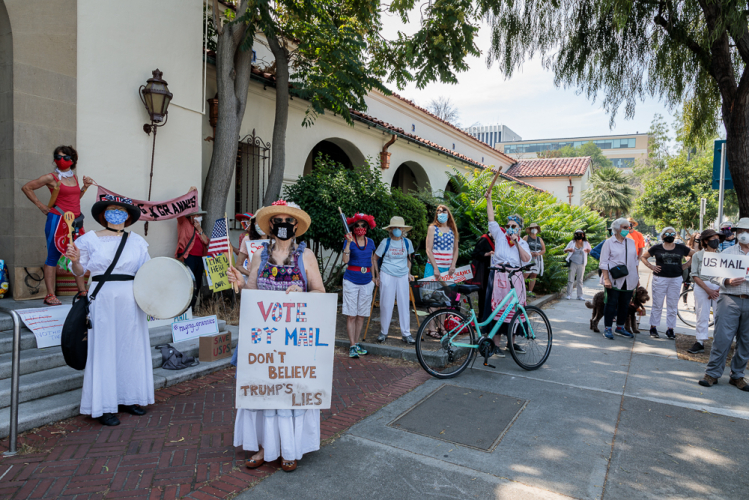 original image (1000x667)
Add Your Comments
Support Independent Media
We are 100% volunteer and depend on your participation to sustain our efforts!