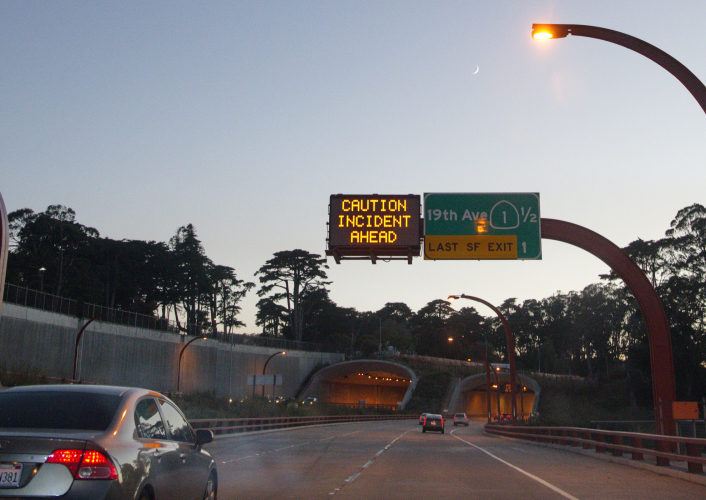 On Friday afternoon, August 21st, organizers and protesters met at The Crissy field Warming Hut for a protest march across the Golden Gate Bridge. The march to honor the dead, fight for the living and demand Trumps resignation was in solidarity with simultaneous marches across New York City's Brooklyn Bridge and across bridges in several other cities. Assembling next to the Crissy Field Warming Hut at the foot of the south tower, activists held a rally with speeches and "shield training". Shields, a staple of personal defense for at least the past five thousand years, have become newly popular among protesters. Things to know about shields: The instructor told of how, at a recent Oakland protest, people with shields were able to form a line to protect people escaping objects thrown by the police.

During intense discussion with police and bridge representatives, demonstrators agreed not to use their yellow umbrellas on the bridge because a wind driven umbrella could be a traffic hazard.

Protesters holding yellow umbrellas marked with the names of victims of police violence walked out on the long adjacent pier nearby for an impressive display.

The march then proceeded to the bridge. During a second standoff the police then stopped them at the entrance to the bridge's pedestrian walkway and told them they could not bring shields and signs even though there have been many previous bridge demonstrations with signs.

Even after the demonstrators finally agreed, they were still prevented from marching.

Nonetheless, the relatively small number of activists caused quite a commotion. The "incident" as displayed on a traffic message on the bridge's approach, involved a massive traffic jam, over a hundred police and many many police cars with lots of noisy sirens. 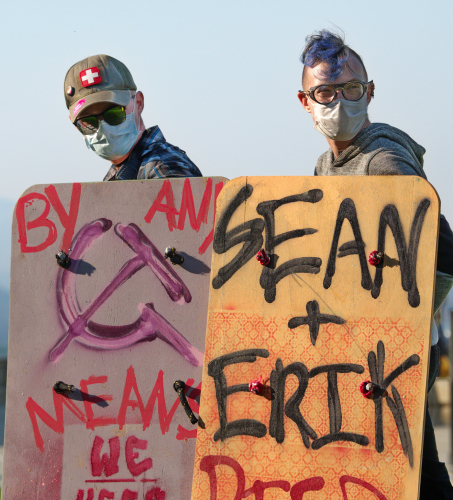 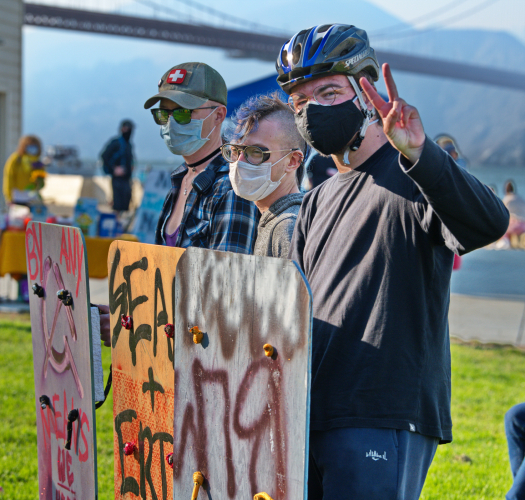 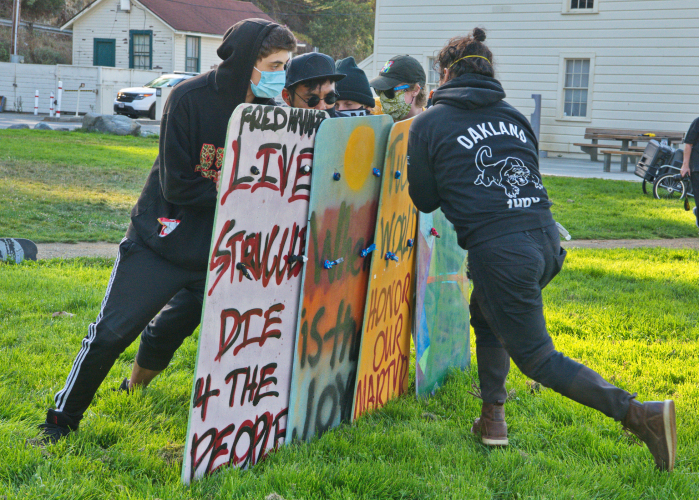 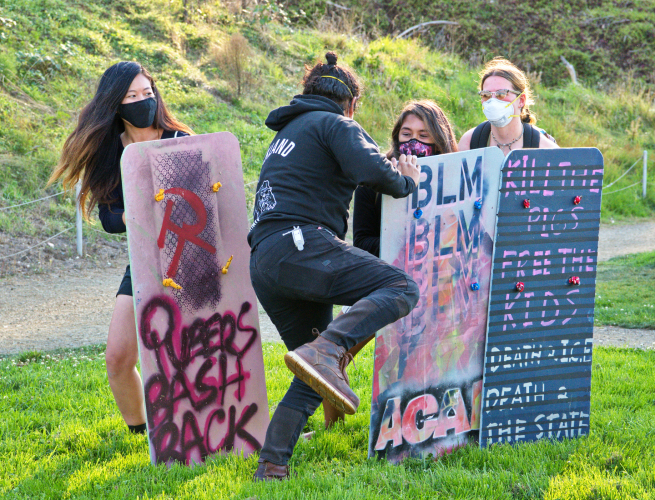 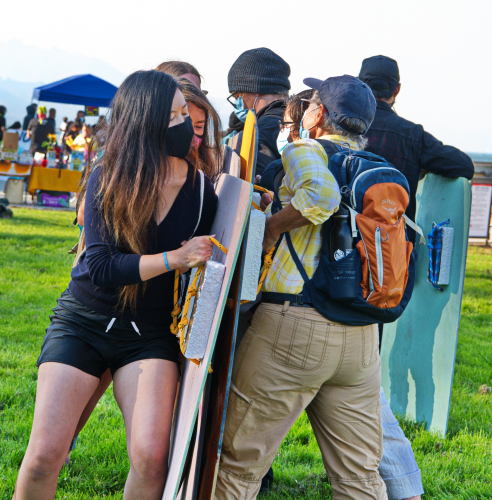 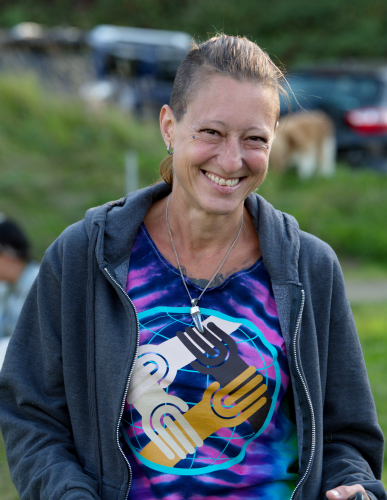 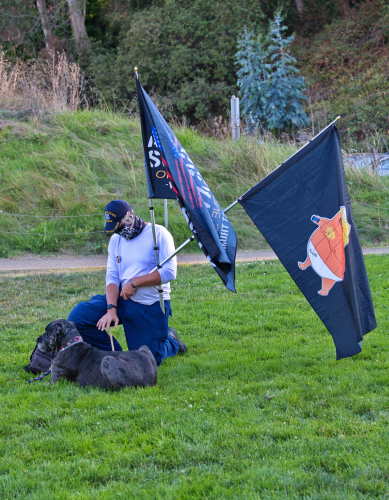 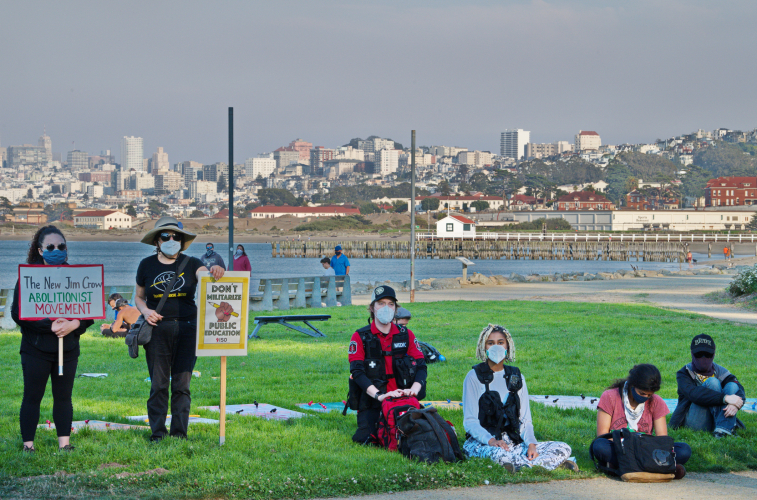 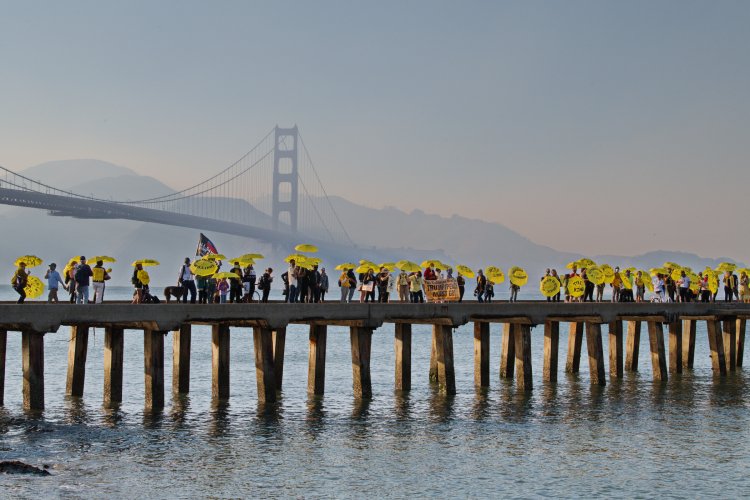 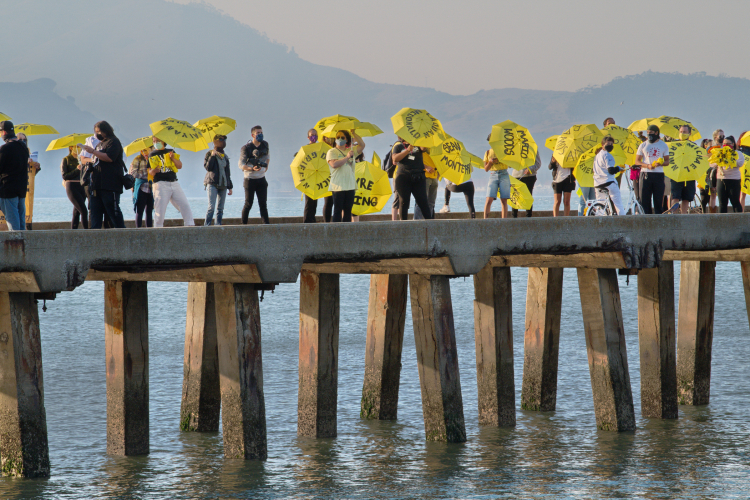 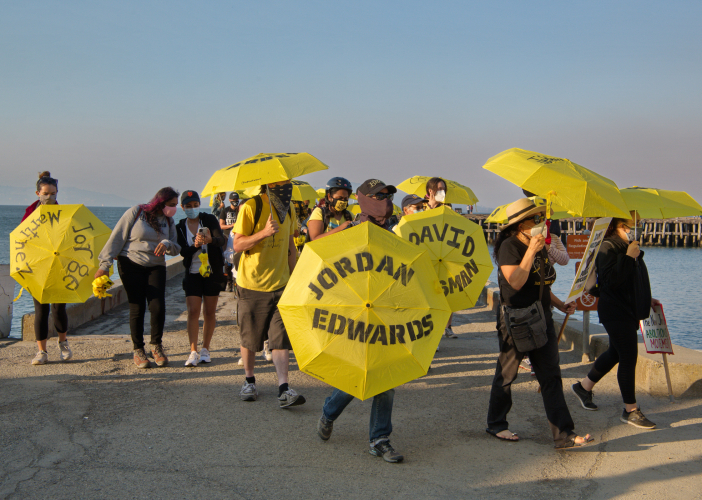 original image (1849x1400)
Add Your Comments
Support Independent Media
We are 100% volunteer and depend on your participation to sustain our efforts!