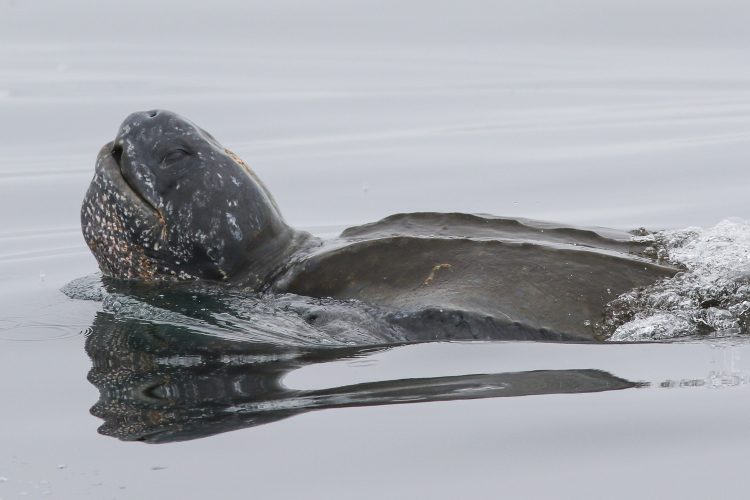 original image (1500x1000)
SACRAMENTO, Calif., August 19, 2020 — The California Fish and Game Commission voted 5-0 today to advance leatherback sea turtles to candidacy under the state’s Endangered Species Act. The vote follows a June 2020 recommendation by the California Department of Fish and Wildlife that increased protections may be warranted. The action came in response to a petition from the Center for Biological Diversity and Turtle Island Restoration Network.

Today’s unanimous vote triggers a year-long review by the department to determine if these populations should be formally protected under the California Endangered Species Act. The Act’s protections apply during the candidacy period.

“Leatherback sea turtles got the protections they deserve and desperately need with this vote advancing them to candidate status,” said Catherine Kilduff, a Center attorney. “Leatherbacks have traveled across the Pacific for millions of years. California has now committed to ensuring they survive reckless fishing practices and other threats to their existence.”

“Leatherback sea turtles are on the edge of extinction, and this decision brings them one step closer to getting the protections they deserve," said Annalisa Tuel, policy and advocacy manager for Turtle Island Restoration Network. "We are pleased to see California take responsibility to ensure leatherbacks do not go extinct in our lifetimes."

The Center and TIRN sued the Trump administration after a fishing permit issued last year exempted vessels from the federal ban on longline gear off California. Longlines stretch up to 60 miles, with thousands of baited hooks. A federal judge in Oakland ruled Dec. 20 that the federal government had failed to adequately consider impacts on leatherbacks when it revived longline fishing, blocking the permit.

Turtle Island Restoration Network is a global nonprofit whose mission is to inspire and mobilize people around the world to protect marine biodiversity and the oceans that sustain all life on Earth.