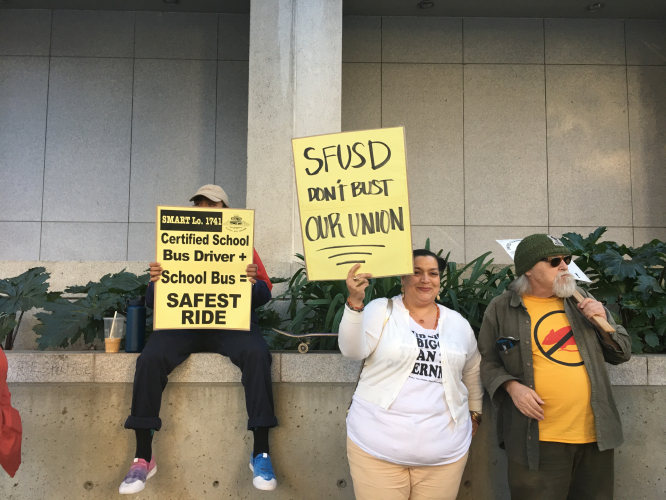 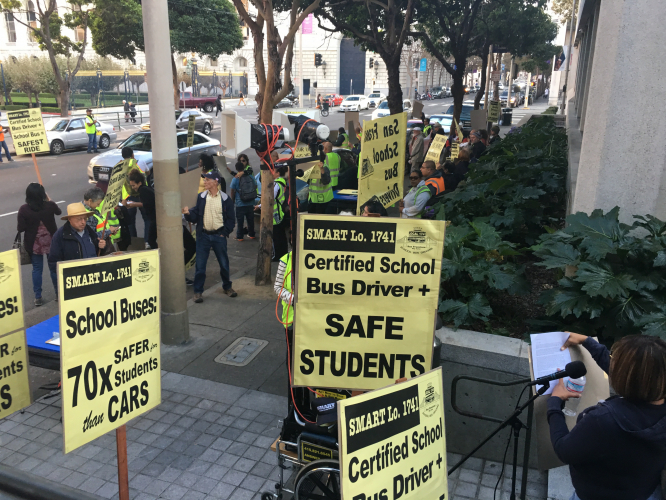 original image (4032x3024)
San Francisco school bus drivers who are members of SMART 1741 are fighting to stop the layoffs and outsourcing of student transportation to an UBER type operation called ZUM.
https://sfschoolbus.org
Add Your Comments
Support Independent Media
We are 100% volunteer and depend on your participation to sustain our efforts!