Add an Event
Newswire
Calendar
Features
Home
Donate
From the Open-Publishing Calendar
From the Open-Publishing Newswire
Indybay Feature
Related Categories: California | San Francisco | Immigrant Rights | Police State & Prisons | Racial Justice
In SF, Low Riders Join Day to Demand "Shut Down CA Concentration Camps"
by Protest in Morgan Hill Clogs Hwy 101
Monday Aug 10th, 2020 7:19 PM
First there was a rally at Justin Herman Plaza, then a caravan led by Roberto Hernandez of the SF Low Rider Council in his classic white convertible. On August 8, during a statewide day of action to end ICE detention camps, over 1,000 marched behind the caravan of low riders in San Francisco. The culmination of the protest was at ICE headquarters on San Francisco's Sansome St. where demonstrators left red colored handprints to say, "ICE....you have blood on your hands." 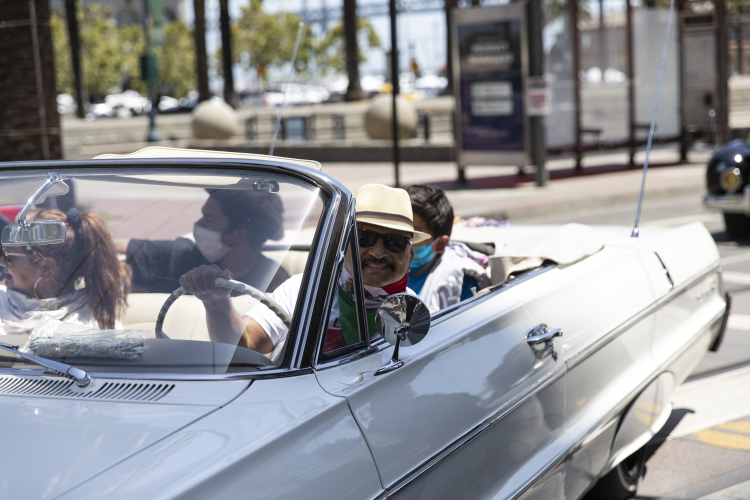 On August 8th, at 5 physical locations and through virtual methods throughout the state, protesters rose up to raise awareness of the humanitarian crisis created by ICE immigration detention policies.

In San Francisco speakers called the day of action an "eviction notice for ICE", and demanded an immediate end to all transfers from California prisons and jails to ICE detention. They also called for an independent investigation to hold detention centers accountable for putting lives at risk during the pandemic.

Others spoke of detained minors being lost in the foster care system, and said the giant ICE budget would be better spent on education and social programs. They addressed the crowd from a stage at Justin Herman Plaza to start off the event, and later at ICE headquarters from the back of a truck outfitted with giant speakers.

Similar but smaller actions were held in San Diego, Los Angeles, Santa Maria, and Morgan Hill. In the South Bay city of Morgan Hill, protesters shut down highway 101, clogging both the northbound and southbound lanes, for about an hour.
§Gathering in Justin Herman Plaza
by Protest in Morgan Hill Clogs Hwy 101
Monday Aug 10th, 2020 7:19 PM 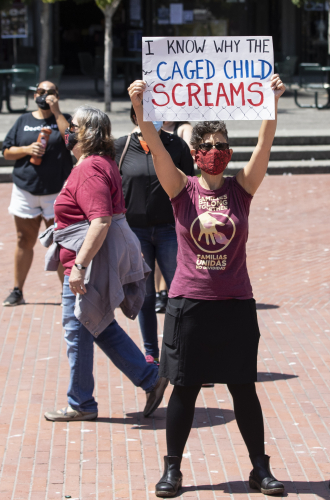 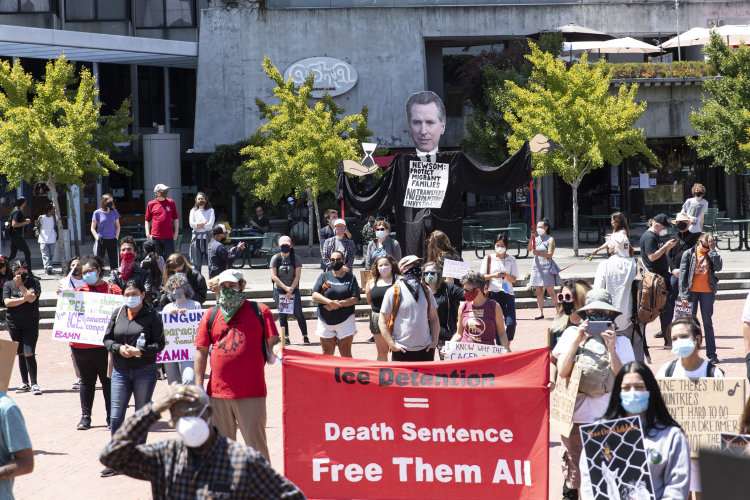 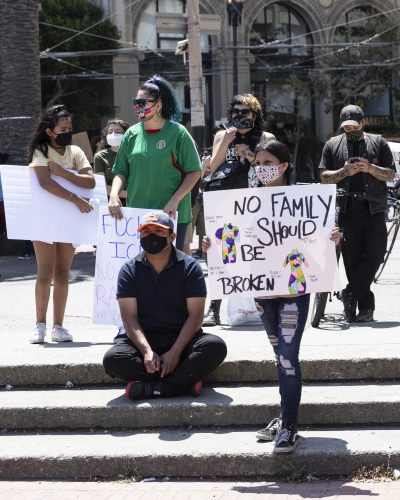 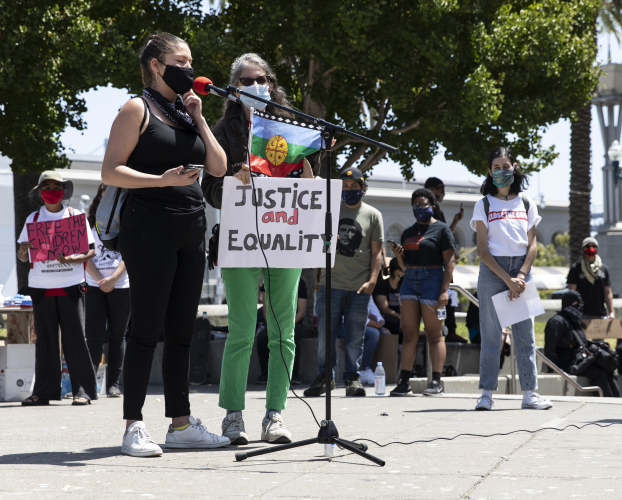 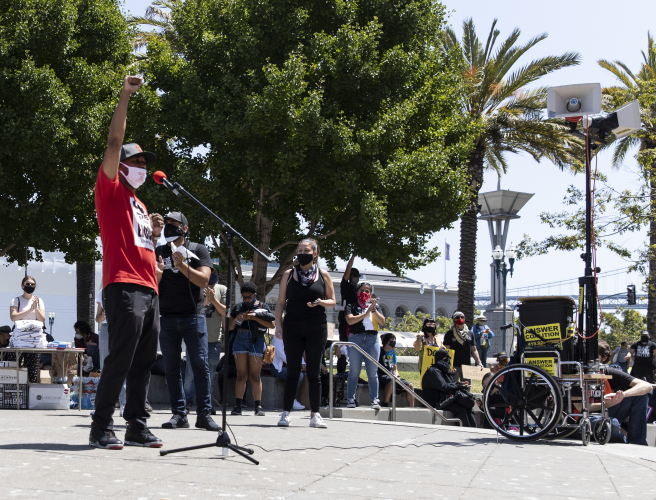 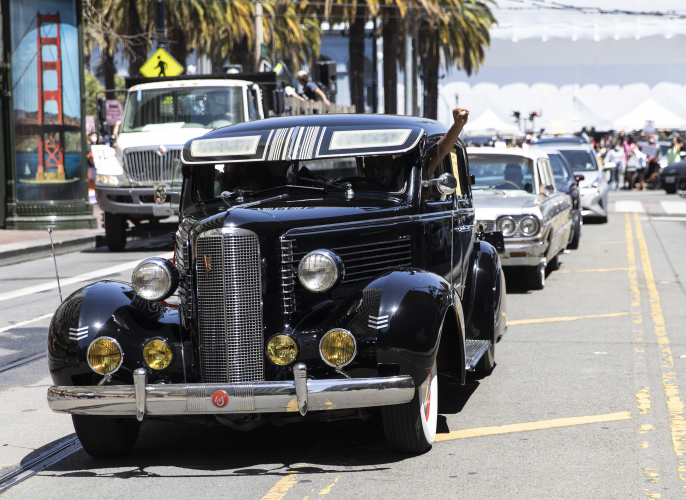 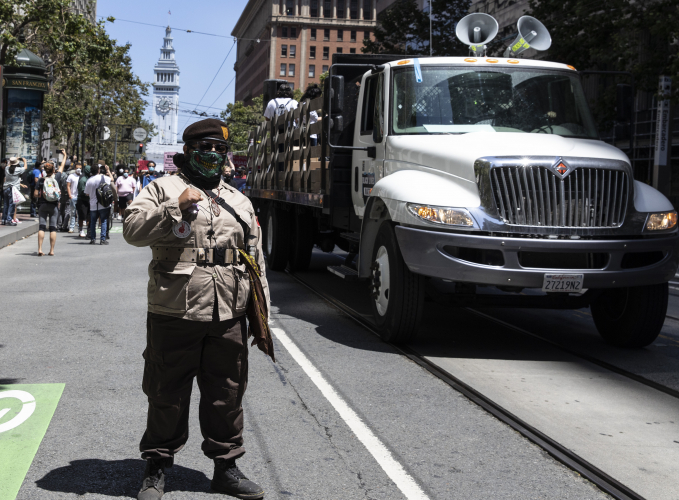 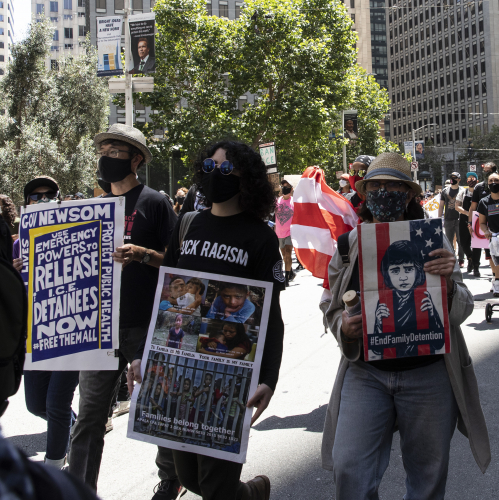 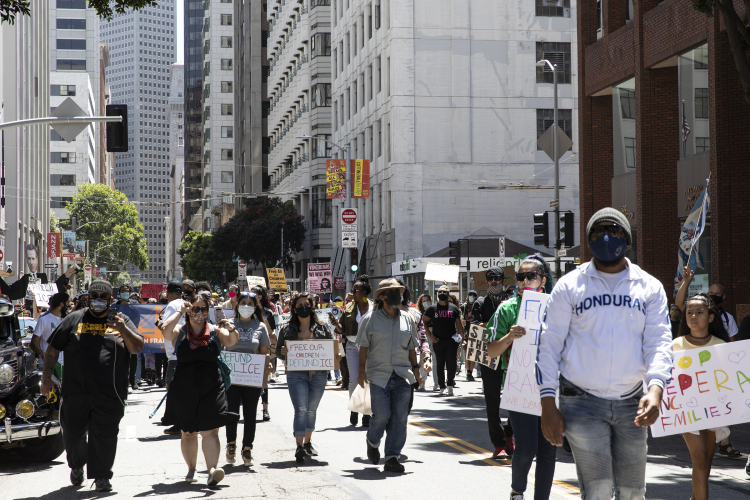 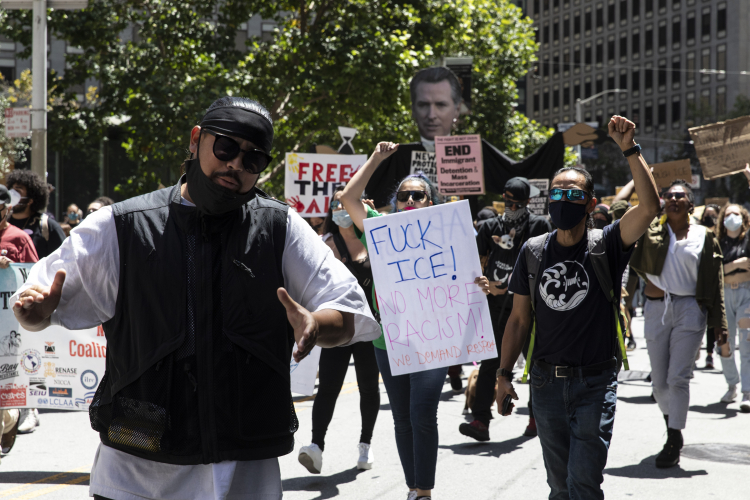 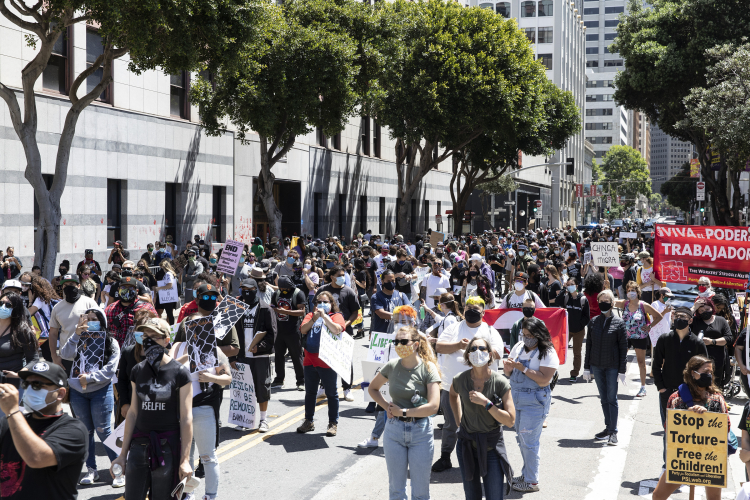 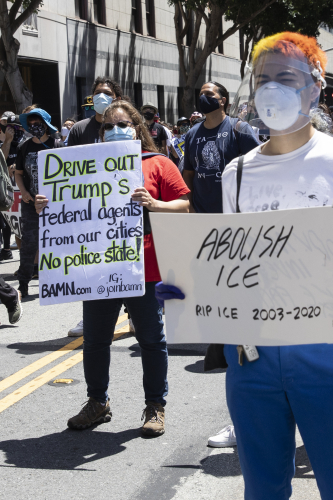 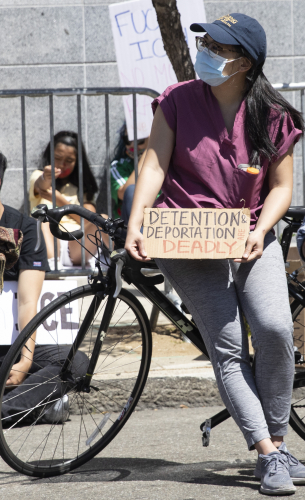 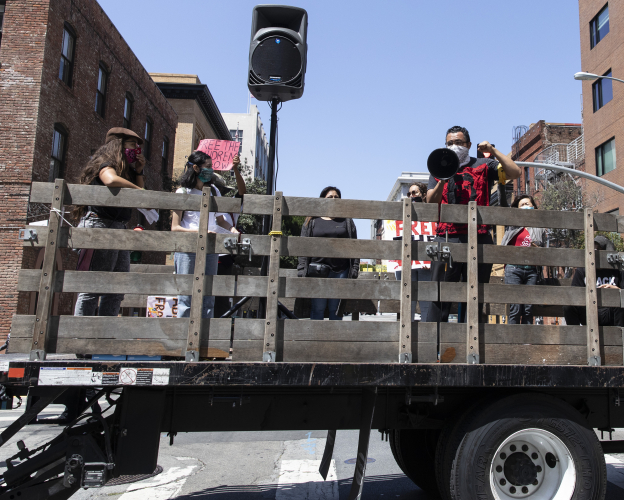 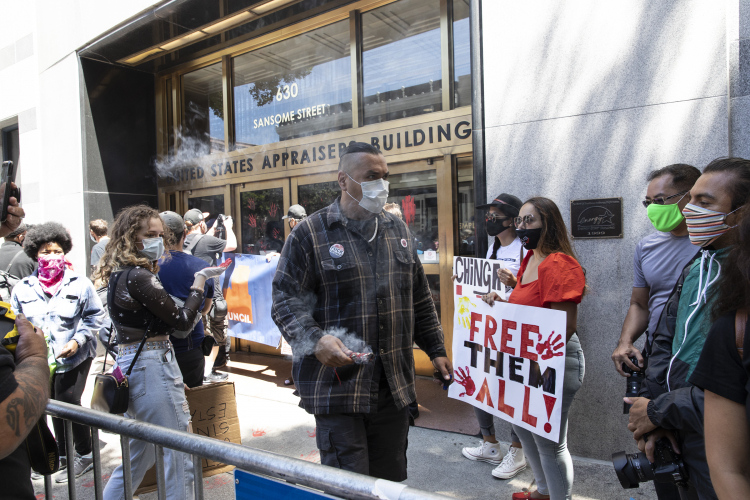 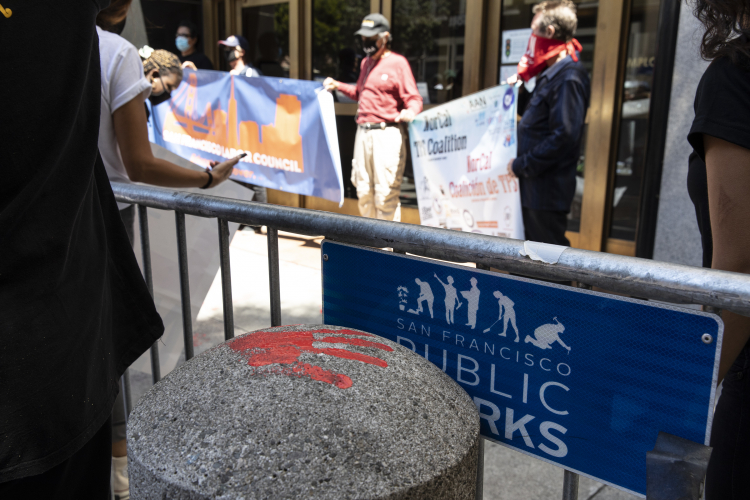 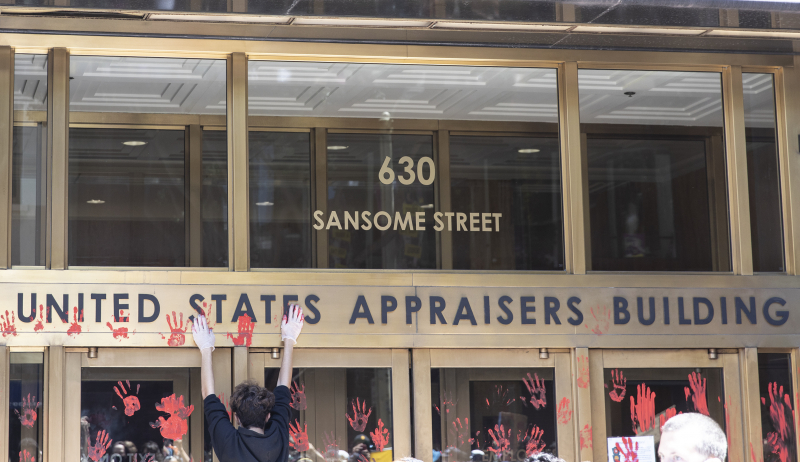 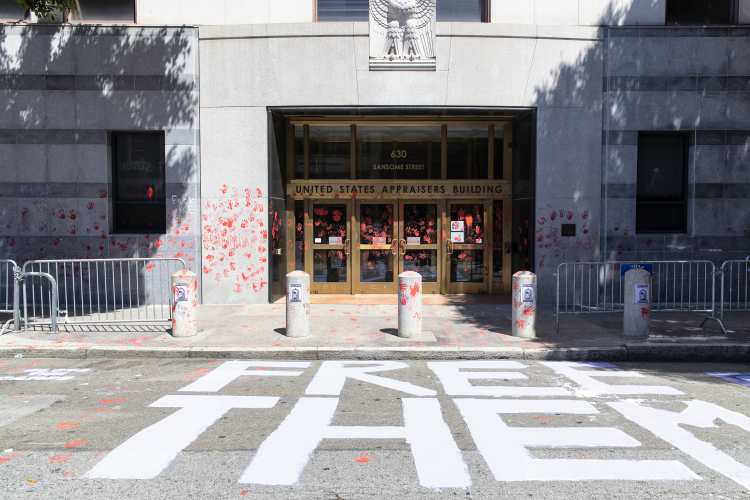 original image (3150x2100)
Add Your Comments
Support Independent Media
We are 100% volunteer and depend on your participation to sustain our efforts!