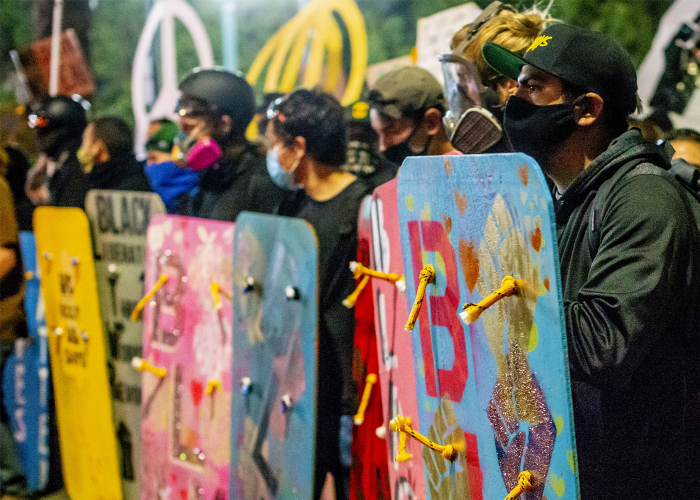 Last Saturday, protesters in Oakland demonstrated on the two month mark of the May 25 murder of George Floyd in Minneapolis police custody.

Protestors for racial justice in Portland have been snatched up by police in unmarked rental vans, and federal agents have used tear gas and batons to violently disperse peaceful crowds. The feds have entered the city of Albuquerque more quietly but Bay Area residents know Oakland could see an incursion similar to that in Portland. They arrived in the East Bay city ready to face anything. Demonstrators at the front of the march raised full body shields.

Starting at 7:30pm, the gathering was large and well supplied. Many attendees estimated that thousands gathered (while corporate media called it "hundreds.") Longtime organizers said it was the most diverse they have seen in a long time - in race, age and class.

Demonstrators in Oakland called for the rejection of secret federal police in American cities and an end to police brutality. They repeatedly insisted that the demands be met of the cause of Black Lives Matter. 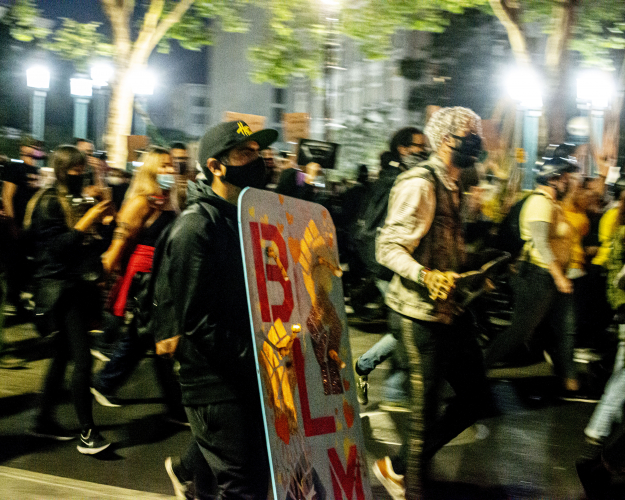 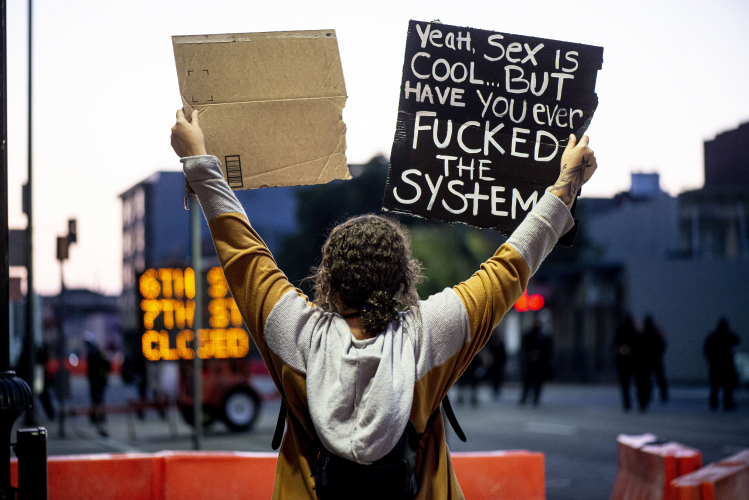 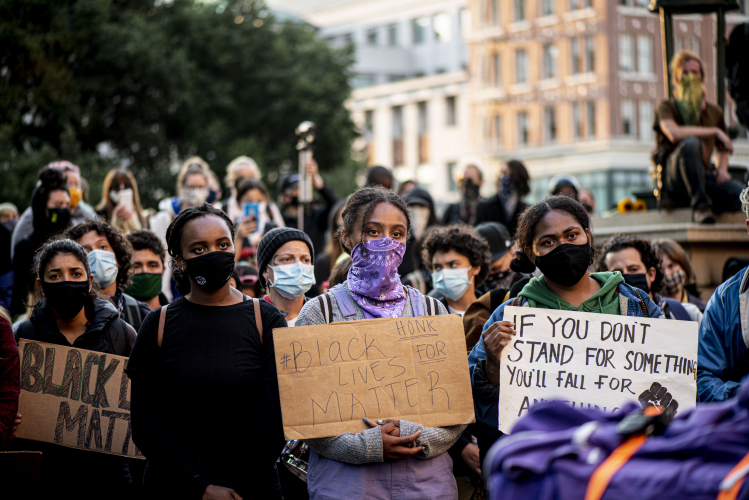 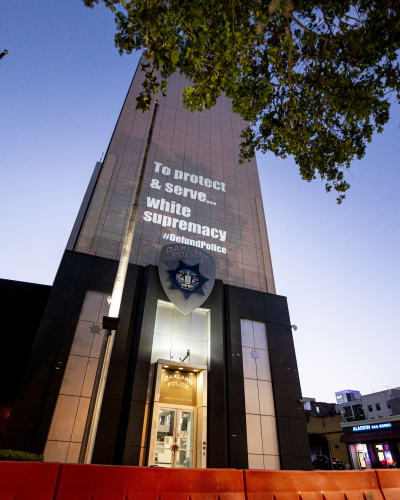 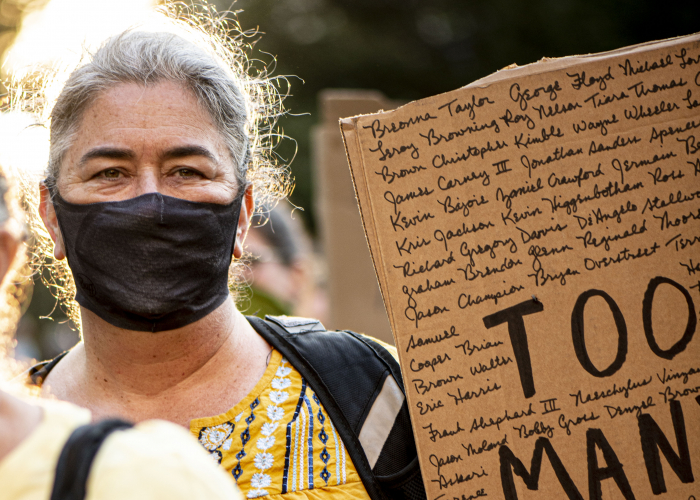 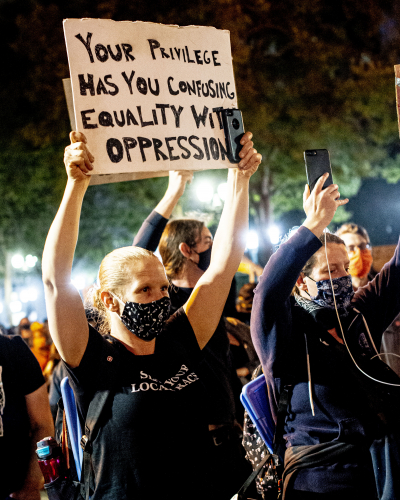 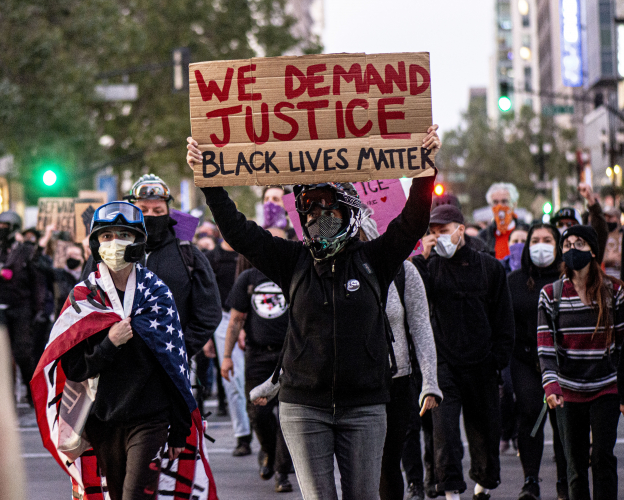 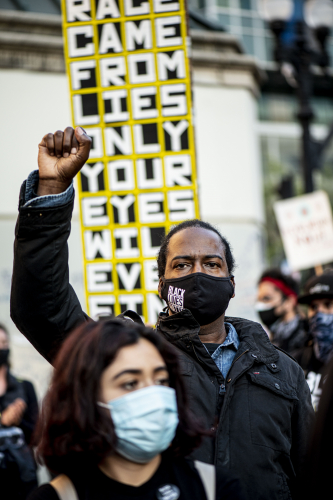 original image (4912x7360)
Add Your Comments
Support Independent Media
We are 100% volunteer and depend on your participation to sustain our efforts!