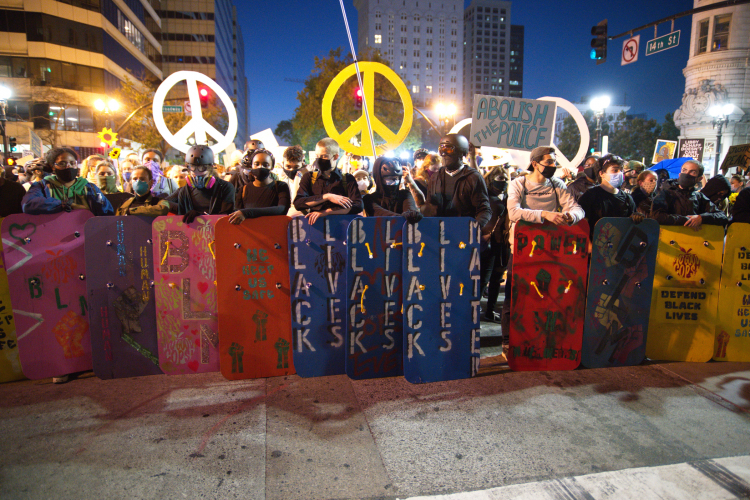 While formal slavery ended 155 years ago, the opression of millions continued during the "Jim Crow" era whose legacy remains in the form of monuments and statues to those who fought to preserve slavery. As part of the nation's as yet incomplete atonement, these symbols are being removed from their honored perches. Some have personally accelerated the process.

Activists expect the President, fearing electoral defeat, to try to prevent the election by plunging the nation into chaos. They see his framing of the damaging of some statues as "destruction of government property" and an excuse to send paramilitary forces to "out of control" cities and thereby provoke widespread protest and, hopefully, disorder.

For many protesters, if the outrages of ongoing police murders and jailings in covid-19 infested prisons are protested with violence (though those goons deserve it), it will further Trump's plan. It's what he wants. He should not get it.

Organizers of this protest identified themselves as West Coast United Against Authoritarians and new groups, Wall of Moms, and Wall of Veterans have appeared.

About a thousand people gathered in Oakland's Oscar Grant Plaza. Many came prepared for battle with helmets, gas masks, shields, and even leaf blowers, the lastest in tear gas defense. There was an suv and people organized as first aid responders.

Fiery speeches, one by someone whose brother had been killed, heaped contempt on the police. Many creative signs, including large cutout peace symbols made for effective street theater.

The march took off down Broadway to Jack London Square. Some firecrackers were thrown at the police headquarters. The glass on a public bus stop was smashed. It was difficult to see what cause that advanced. The march was otherwise peaceful. By about ten o'clock, after various detours, the marchers were back at Oscar Grant Plaza. 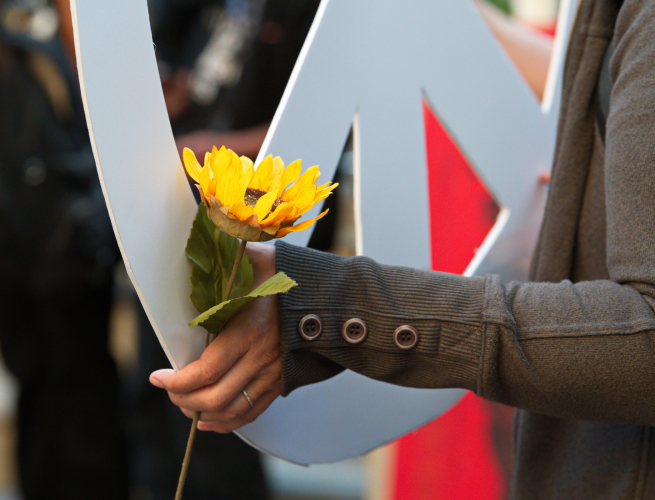 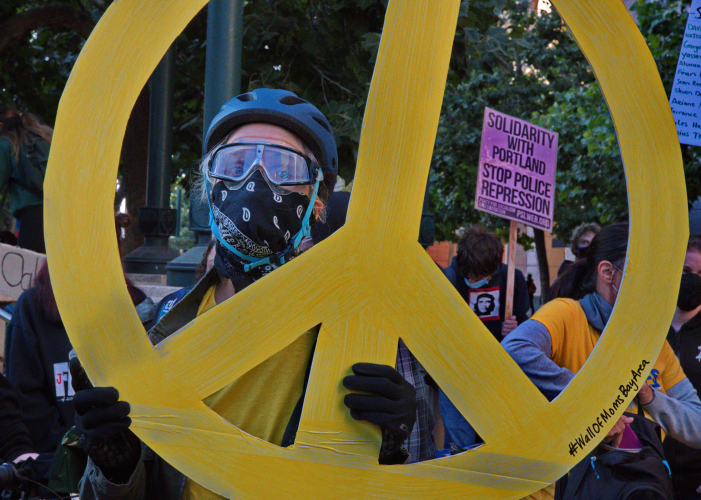 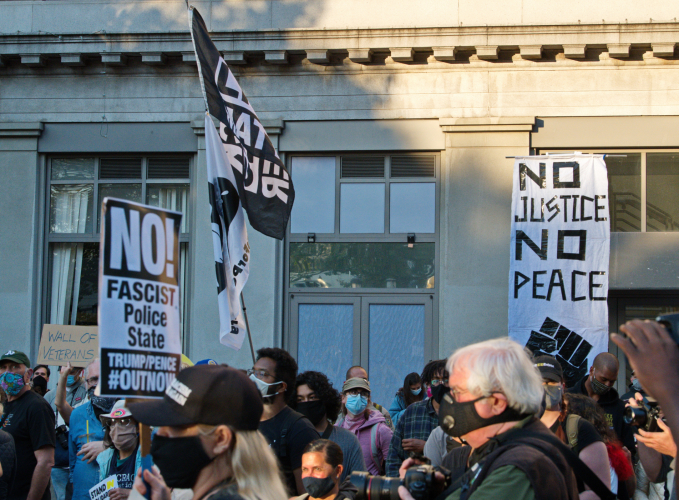 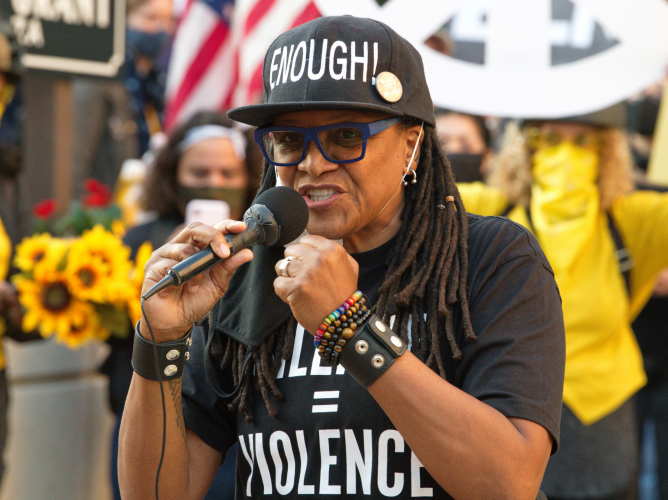 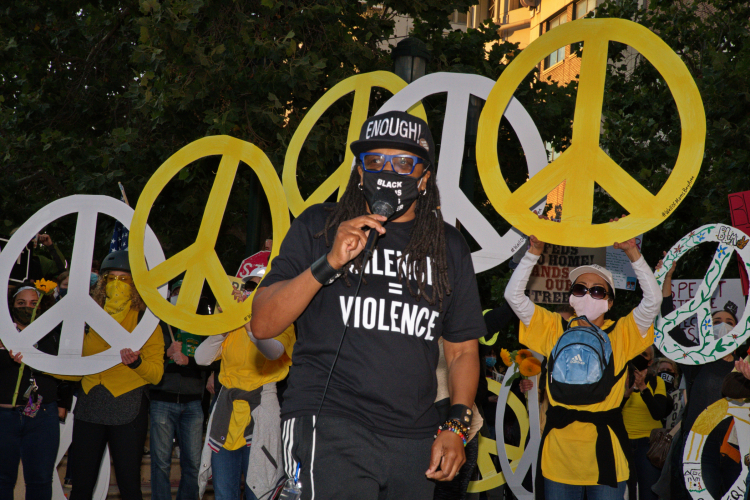 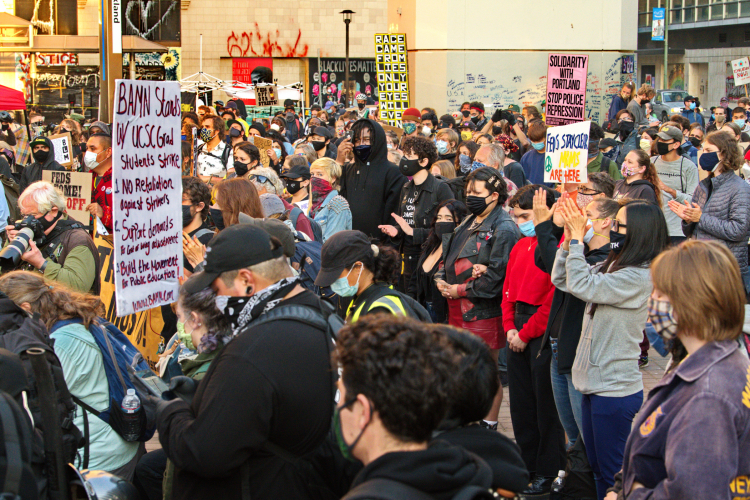 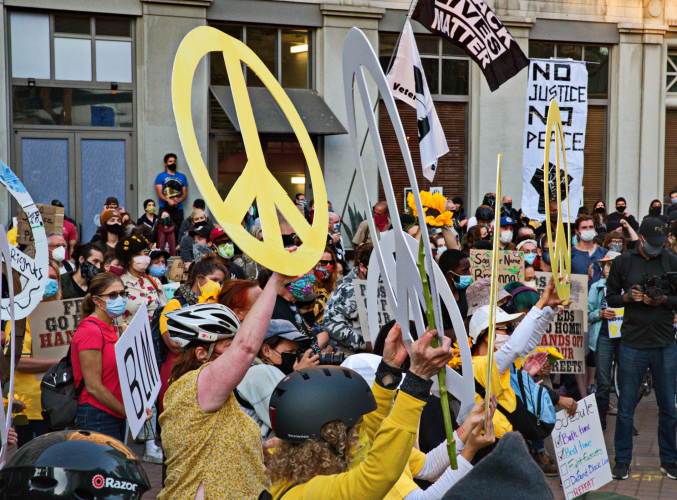 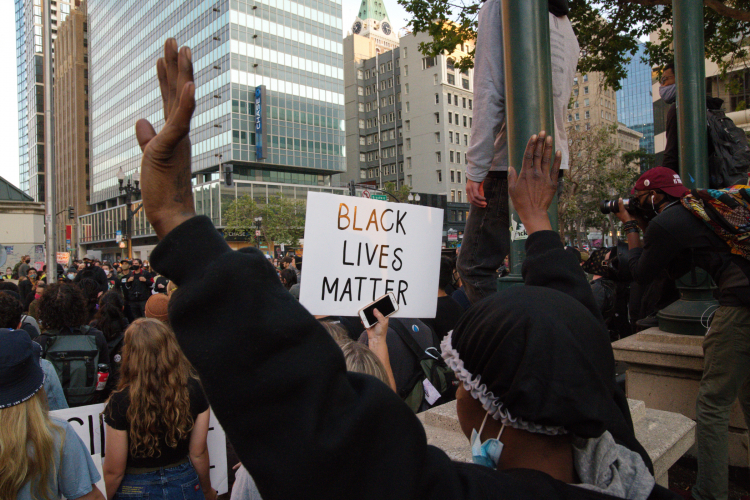 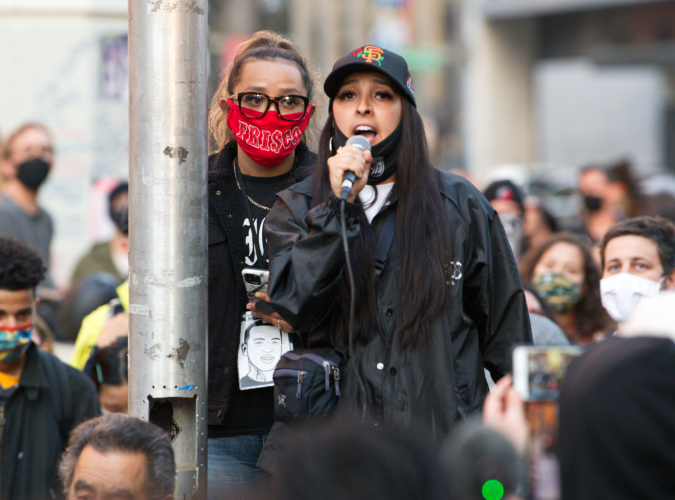 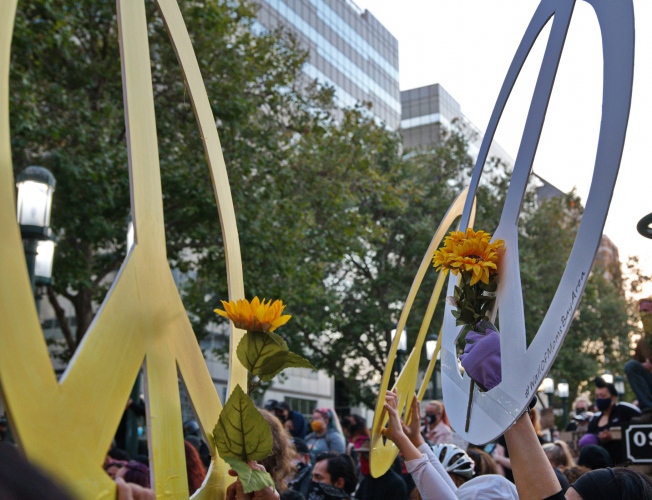 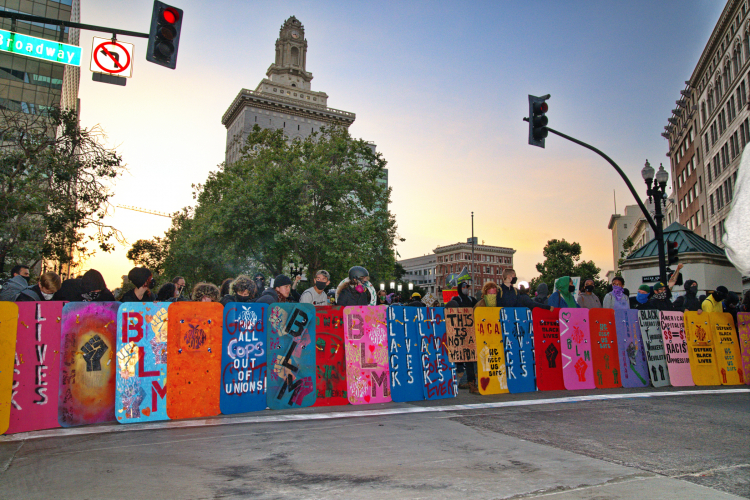 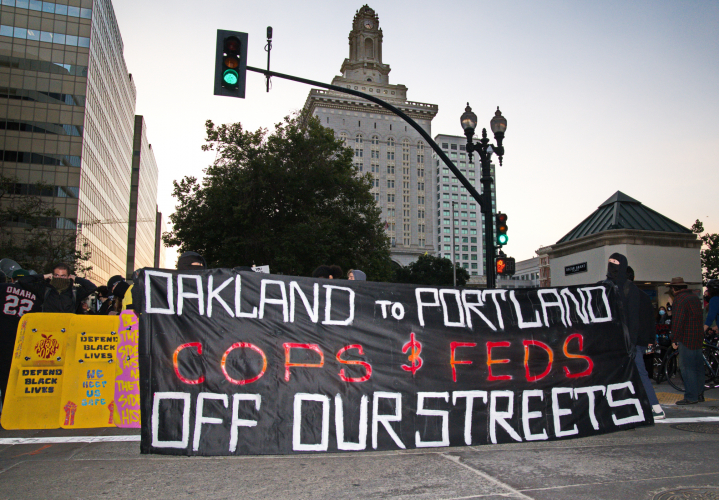 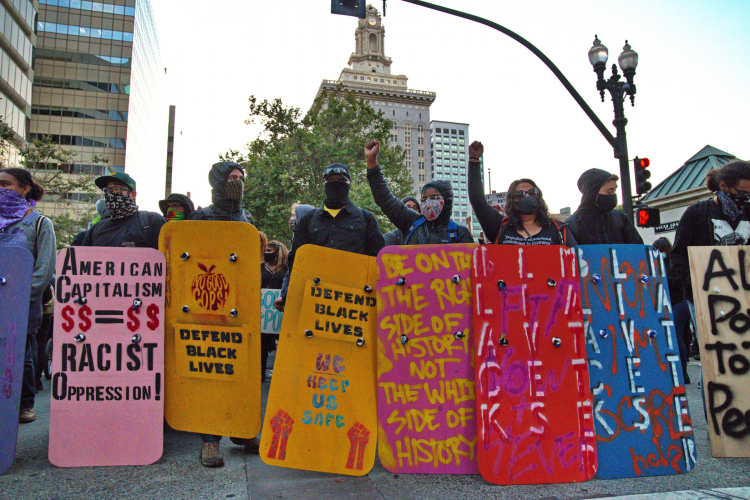 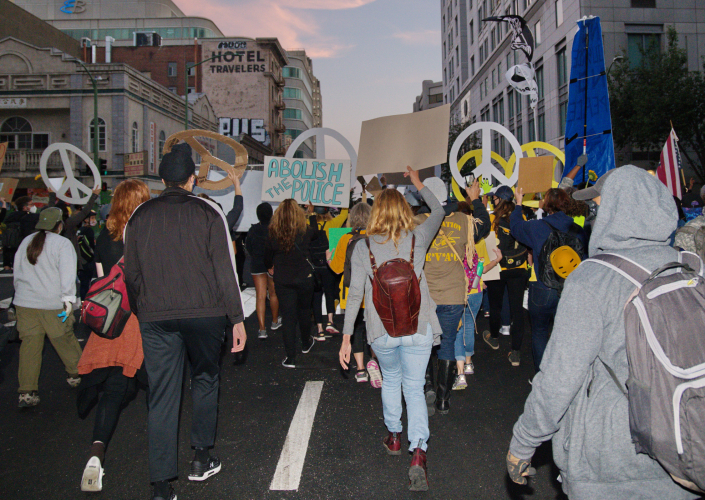 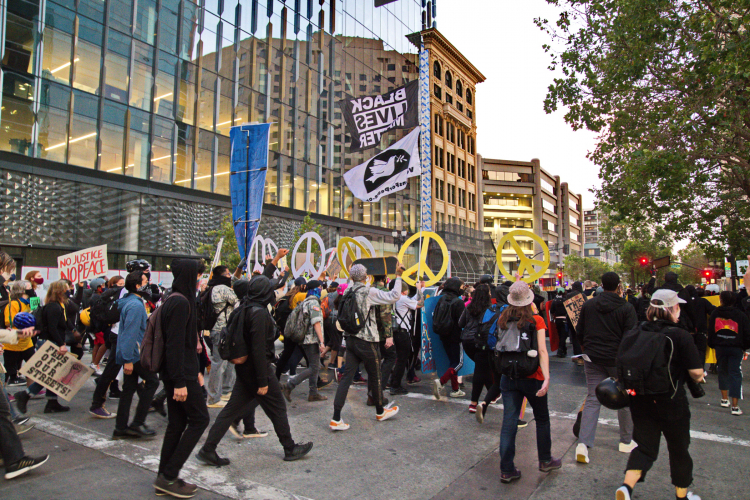