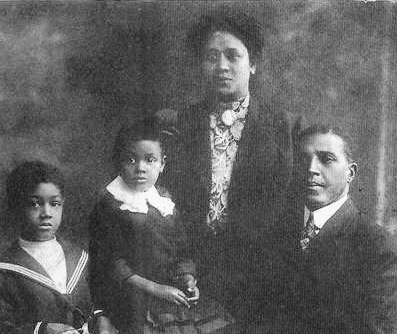 Few are aware of the extensive honored legacy of Colonel Charles Young and the Buffalo Soldiers who served at the San Francisco Presidio and Monterey Presidio, by design.

During the U.S. Civil War, U.S. Colored Troops were allowed to serve, thanks to the necessity of the very bloody carnage where over 600,000 white soldiers died in the US Civil War.

The Emancipation Proclamation was issued on January 1, 1863 and US Colored Troops fresh to the battlefield were the difference by most honest accounts.

After the 1865 Union victory and Juneteenth military action at final Confederate Port in Galveston Island, Texas the U.S. Congress allowed men of Pan African ancestry to join the regular U.S. Army and serve in 1866.

Army regiments of Colored Soldiers and White Officers, the Buffalo Soldiers ofyen served in very harsh conditions and were subject to many illnesses directly related to their military service.

Some suffered from extreme forms of post-traumatic stress disorder (PTSD), long before medical science diagnosed the disease as directly related to military service.

Young, who served as captain of the all Black units at the SF Presidio, was the third African American graduate of West Point, the United States Military Academy.

He was also the first Black U.S. national park superintendent, first Black military attaché, first Black man to achieve the rank of colonel in the United States Army, and highest-ranking Black officer in the US Army until his tragic death in Lagos, Nigeria, in 1922.

“I am honored to lend my time, energy and resources to honor the over 500 Buffalo Soldiers are buried within the SF Presidio National Cemetery. Together, we are grateful for the opportunity to continue this special effort to celebrate a positive new way forward. We must acknowledge the difficult past challenges and prepare for amazing new opportunities highlighting the living legacy of the Buffalo Soldiers, here in California and the Pan African Diaspora,” said Michael Harris, co-chair of the California Buffalo Soldiers Trail Project.

2020 National Buffalo Soldiers Day Weekend at Historic Negro Bat and the SF Presidio National Cemetery is Our special day to begin recognizing the extended families of our Buffalo Soldiers.

Ada Mills Young, born in our California Gold Rush District offers a new and facinating journey into the extended families of our Buffalo Soldiers.

The release of the 2019 Congressional Buffalo Soldiers Study offers a refreshing opportunity for the nation to reconsider the unsurpassed legacy of our Buffalo Soldiers.

Together, the entire nation can experience a wholistic record of unsurpassed service and dispel often notions of systemic institutional racism of the era.
Add Your Comments
Support Independent Media
We are 100% volunteer and depend on your participation to sustain our efforts!