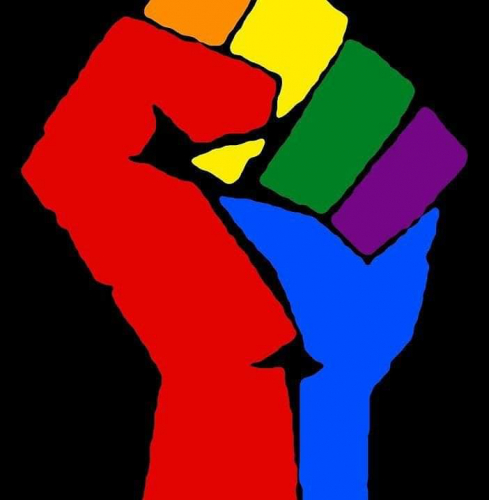 original image (702x717)
I recently re-read an excellent treatise by local author and former police review board member John Malkin on the history of citizen police oversight in the City of Santa Cruz. Although noble in its goals and concept, that board was limited in its effectiveness by parochial politics and was ultimately disbanded amid frustration with the process and a lack of substantive impact. As I reflected upon this effort and the history of police oversight, I found myself asking two questions: Is there a model of citizen oversight that might work for present-day Santa Cruz and serve our common interest to protect individual rights and civil liberties? And is there a model that could address the concerns of a community questioning the role of law enforcement and increasingly vocal in its calls for racial justice and social change?

In my time as a Santa Cruz resident, I have seen a growing concern for public safety. However, one does not need to be a social scientist to understand that the dynamic balance between law enforcement and historically marginalized communities like people of color, the working poor and the homeless has shifted dramatically in light of recent events. And while I have witnessed a marked and noteworthy increase in the number of sworn officers, it is not the expansion of the police department or the overarching presence of law enforcement in our city that concerns me most. Rather, it is the minimal lack of citizen participation in the development of the underlying policies that have created the citizen/ law enforcement dynamic that so many are questioning today.

It is often observed that police officer training is almost entirely devoted to intelligence gathering, weapons proficiency and police procedure. They are only tangentially trained in nonviolent conflict resolution and community relations, and particularly their interactions with the homeless, people of color and the mentally and or behaviorally challenged. I will say that, in my opinion, this is not entirely their fault. The officer on the street is only as good as the training he or she receives and they need more of the kind of training that creates a clearer understanding of the challenges of a more diverse and increasingly restless community. To be fair, the current police administration has labored admirably to change the culture of the department. But what the police department has not been a quick to recognize is that the residents of our community know a few things about public safety and the protection of individual rights. And that knowledge is precisely why citizen oversight would be of productive and practical application.

As citizens, we know that enforcement alone cannot make the community safe. We know that true public safety can only be developed and sustained in an atmosphere of trust, accountability, transparency and inclusiveness. We know that individual civil liberties are a bedrock value that must be honored and preserved. And we know that community engagement is the foundation of wise and forward-thinking public safety policy. These are just a few of the reasons that recommend the creation of a nine-member Citizens Police Review Board charged with review of police policies and procedures and tasked with oversight of our police department.
To insure the independence of such a body, the board would interact directly with the police department and would pass along advisory opinions to the Santa Cruz City Council as appropriate. This would depoliticize the process while creating a clear line of accountability between the community and the police department. Of course, the only way to avoid the kind of political partisanship that weakened the previous review board iteration would be to create such a board by a Charter Amendment to the city’s Municipal Code and provide for the popular election of board members. Although such an amendment could be placed on the ballet by vote of the City Council, the current composition of council makes a grass roots campaign to gather enough signatures to place a measure on the ballot more realistic.

What powers would this new, modern Citizens Police Review Board have? If, as we say, the board is to be composed of citizen representatives, it cannot, for example, be restricted to consideration of already completed internal police investigations into allegations of police misconduct. A truly reformist board must be given the power within, the limitations imposed by the California state mandated Peace Officer’s Bill of Rights, to conduct parallel investigations to supplement and inform those conducted by Internal Affairs. Although disciplinary or dispositional decisions would continue to be the province of the department and its chain of command, a citizens review board with independent investigative authority would have the power to make recommendations to the chief of police concerning disposition and discipline.

On issues of operational policy and commitment of resources, any such board would need to have direct input to achieve any degree of real effectiveness. The obvious benefit of this input would be that resource allocation and policing priorities would more accurately reflect the community’s concerns, providing a more inclusive base of opinion about how best to make safe our city while giving equal weight to the preservation of civil liberties. For example, if the board felt that public safety would best be served by spending more money on gang suppression and less on petty theft investigations, resources could be allocated accordingly. If the board recommended more money be devoted to the investigation of sexual assaults and less to enforcement of the so-called “quality of life” ordinances such as the camping ban that exclusively impact the homeless community, then that policy could drive fundamental reallocation of resources.

But perhaps more relevantly, such a board could serve as a community platform for a real discussion about repurposing a portion of the policing budget. In the wake of the tragic events in Minneapolis and the national outcry for law enforcement reform, much is being written and said about the need to take a new and harder look at revising traditional policing and police oversight models. We have a unique opportunity to move away from the old models and restore the community’s faith in its ability to police itself, which is at the core of the defunding movement.

Finally, I will say this. A voter approved and community supported Citizens Police Review Board is an essential step toward the creation of a new model of policing. But more than that, it can be a touchstone for cooperative and practical change. Perhaps even change we can agree on.