With the June 19 passing of Regan Russell who died when run over by a slaughterhouse truck at a vigil in Canada, a long horrible chain of violence has been added to. 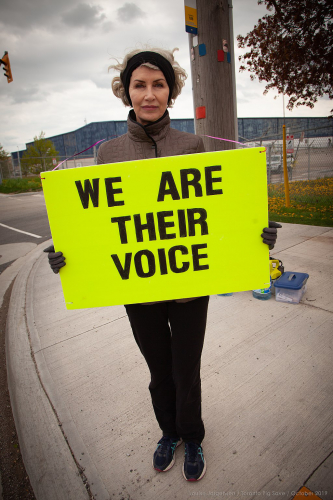 Below is a timeline of vegan activists who died speaking out for the animals.

When possible I have posted pictures of the slain individuals so they can be more than just words on a page.

1976, January 6th: William Sweet, LACS member Anti-hunting activist, Murdered after an altercation with a man who was shooting birds. His murderer was jailed for life but was later released.

1985 October 7th: Fernando Pereira a Greenpeace photographer was murdered by the French Secret Service when the vessel “Rainbow Warrior” was sunk by two explosions in Auckland Harbor, New Zealand.

The Photographer Fernando Pereira (right) and Rongelap Islander Bonemej Namwe ride ashore in the ‘bum bum’. Born on Kwajalein, Namwe, 62, has lived most of her life on Rongelap. The Rainbow Warrior is in Rongelap to assist in the evacuation of islanders to Mejato. Rongelap suffered nuclear fallout in 1954, making it a hazardous place for this community to continue living in. Eyes of Fire: p49

1988, December 22nd: Chico Mendes an anti-deforestation activist was murdered in his own home after an assassination order by a cattle rancher. He was the 19th Brazilian rainforest activist murdered that year.

1991, February 9th: Mike Hill an 18 year old hunt saboteur was deliberately run over and killed during a meet of the Cheshire Beagles. Death is deemed “accidental”. No charges are brought against the driver Allan Summersgill.

1993, April 3rd: 15-year-old hunt saboteur, Tom Warby, is deliberately run over and killed by a fox hunter as other huntsmen stand and laugh, proclaiming a “victory”. The driver, Alan Ball, is not prosecuted.

1995, February 1st: Jill Phipps was a 31-year-old British activist and mother, who was crushed to death under the wheels of a veal transporter truck carrying live animals for export at a protest at Coventry airport. The Crown Prosecution Service decided not to bring any charges against the driver.

1995, March: Dr. Karel Van Noppen was a Belgium veterinarian who was assassinated in 1993 by hitmen after exposing mafia connections to the meat industry. Dr. Van Noppen was the victim of a powerful, international mafia who violently imposing its rule on the meat business, ruthlessly bullying anyone daring to stand in its way. In 1995, a few days before his murder, Van Noppen was explicitly threatened by people linked to the “hormone black mafia” underworld.

Activists from Earth First! accused loggers of deliberately cutting down trees in their direction, part of escalating violence against activists condoned by the Pacific Lumber Company and the Humboldt County Sheriff’s Department.

Gypsy was part of an action to stop PL from destroying one of the last ancient redwood forests in the world.

The logging operation was illegal as a survey had yet to be done for the marbled murrelet, an endangered species of bird. PL attempted to portray the death as a “freak accident” and even tried to blame the victim as well as Earth First! According to PL spokesperson, Mary Bullwinkle:

“Despite all our precautions, a trespasser was apparently killed by a falling tree at one of our logging sites on our private property.”

On September 18, Earth First! released a videotape revealing that loggers not only knew that demonstrators were in the area, but were angrily threatening them shortly before Gypsy was killed.

A logger shown shouting profanities and threats was, according to Earth First!, the very same logger who felled the tree that struck David. The video also showed activists scrambling up a steep hillside to escape falling trees. According to a witness statement:

“Gypsy’s death is not an isolated incident of violence. In the last several months trees have been intentionally felled at nonviolent activists at the Luna tree sit and in the Mattole watershed in Humboldt County. This is part of an escalation of violence against nonviolent forest defenders in the Northwest and all over the world.”

On September 18, the Humboldt County Sheriff’s Department issued preliminary findings concluding that the death was “accidental”. According to an Earth First! activist speaking at a press conference, “Police have routinely refused to file charges against anybody who assaults a forest activist.” In 1999, Mr. Chain’s parents filed a wrongful death lawsuit against PL. The company settled out of court in October of 2001, just three days before the trial was set to begin.

A collage of David “Gypsy” Chain made by a morner

2003: Animal rights activist Jane Tipson is murdered in an alleged contract killing after protesting against the construction of a dolphin aquarium in St Lucia. To this day, her killers have not been found or prosecuted.

2005: 73-year-old anti-deforestation campaigner, Dorothy Stang, is approached in the Amazon by 2 armed men working on behalf of an animal agriculture organization. Asked if she has any weapons, she produces her Bible and says that’s all she has. She is shot in the stomach, then fatally shot 5 more times as she lays on the ground.

2006: Joan Root, a conservationist, and activist against poaching and illegal fishing is murdered by 4 gunmen in her own home. To this day, her killers have not been found or prosecuted.

2010, May 12th: Elvio Fichera a volunteer for the Association of Abandoned Animals was murdered while trying to serve a warrant with police on Renzo Castagnola for cruelty to animals. Renzo Castagnola shot Elvio dead.

May 12, 2010: Paola Quartini, animal activist for LIPU (Italian League for Bird Protection – UK) from Genoa, Italy was murdered whilst trying, with police, to serve a warrant on Renzo Castagnola for cruelty to animals. Renzo Castagnola shot him dead.

2011: Two anti-deforestation activists, Jose Claudio Ribeiro da Silva and Maria do Espirito Santo, are shot dead by hired thugs, after years of constant death threats from cattle ranchers. The main suspect is acquitted. No other prosecutions.

2013: Jairo Mora Sandoval, a sea turtle activist, is bound, beaten, then fatally shot in the head by sea turtle poachers, after being kidnapped along with 4 other activists. 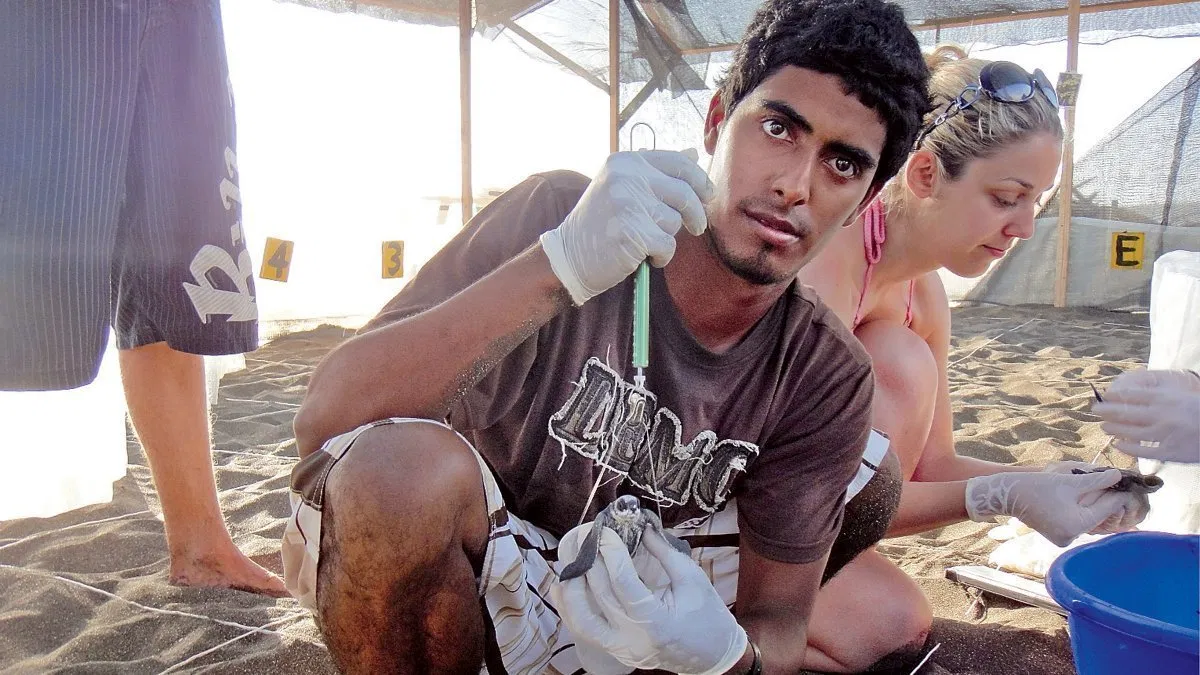 2020, June 19th: Regan Russell, an activist with the Animal Save Movement was murdered by a slaughterhouse truck driver that by all accounts did so on purpose.

We remember our fellow fallen friends by continuing on with the activism they died for. Any single one of their deaths could easily have been ours and that’s one reason their deaths hit so hard.

Every time we go to a vigil, protest, shutdown, undercover investigation, or any form of protest we place our lives at risk so that we can help change the world.

Never forgetting those who have sacrificed everything for a more just and equal world is the least we can do but it’s even better if we remember on the days we are too tired, or sick to go to an event.

https://vegannews.press/2020/06/24/regan-r...
Add Your Comments
Support Independent Media
We are 100% volunteer and depend on your participation to sustain our efforts!