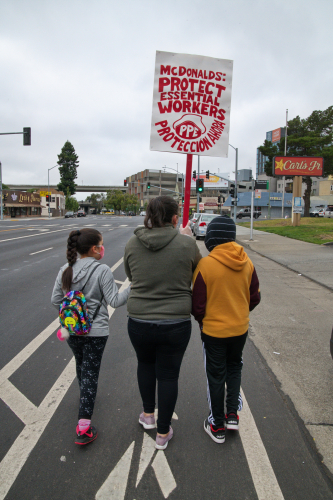 On Monday,July 20, as part of the national Strike for Black Lives, activist and demonstrators assembled at Oakland's Mosswood Park for their march. After several speeches they massed on Webster Street and marched to McDonalds on Telegraph Ave. The marchers were a diverse group of about three hundred Black, Latinx, White and children.

At the McDonalds parking lot, while displaying many large banners, making speeches and giving press interviews, ladders were placed against the building and banners and signs were carried to the building's roof.

The combined rooftop and ground demonstration was emphasizing not only the Black Lives Matter movement but demands by McDonalds workers for respect, dignity and, specifically, for adequate on the job protective equipment. The action was part of an evolving national movement reaffirming rights and repect for working people and demanding that genuine racial equality be finally achieved. 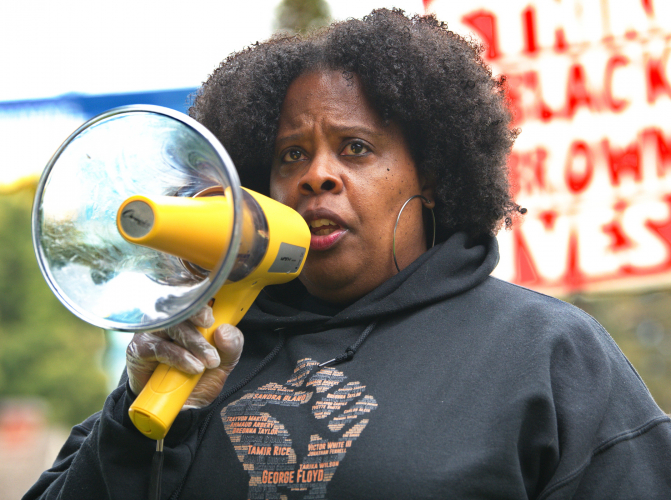 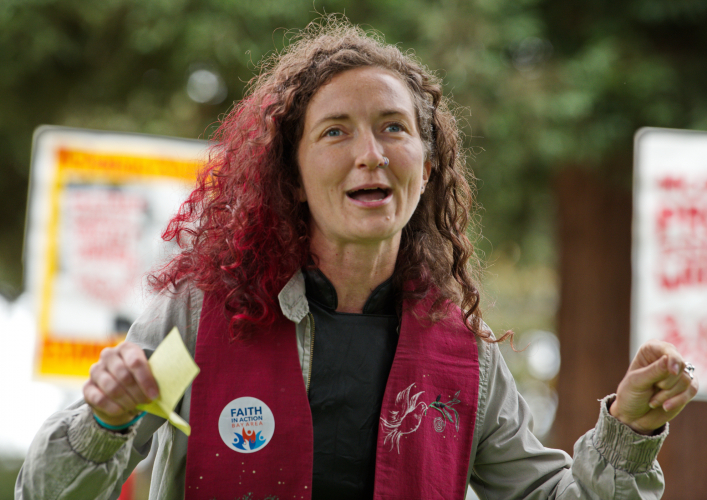 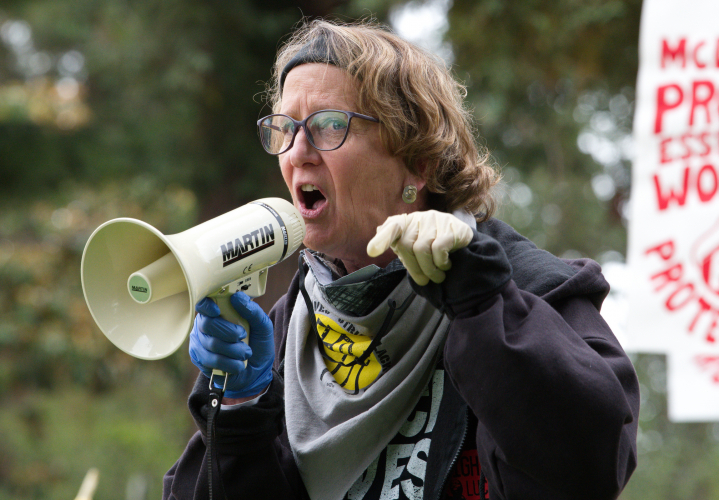 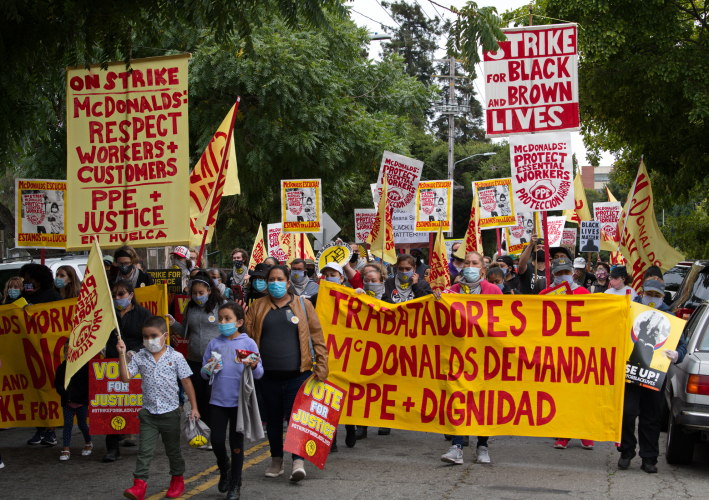 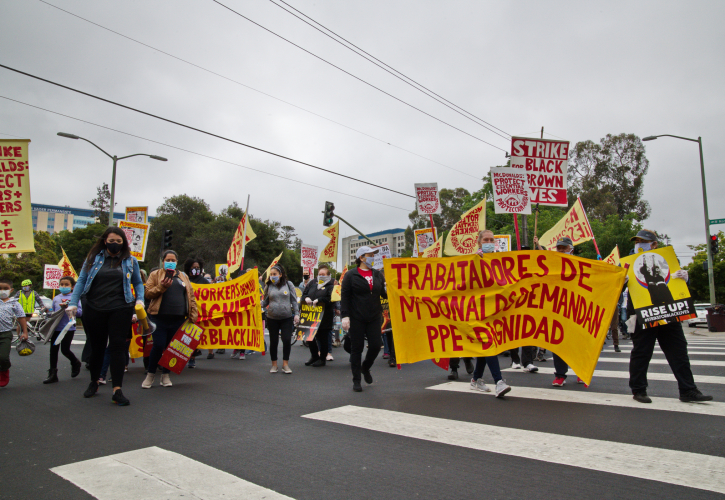 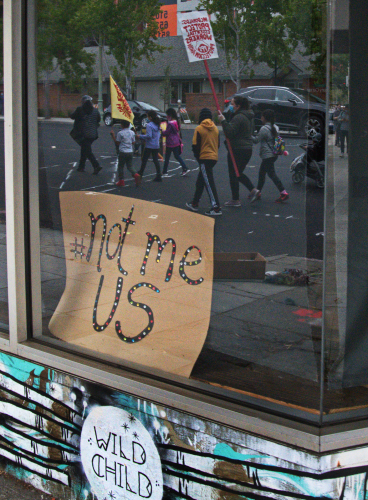 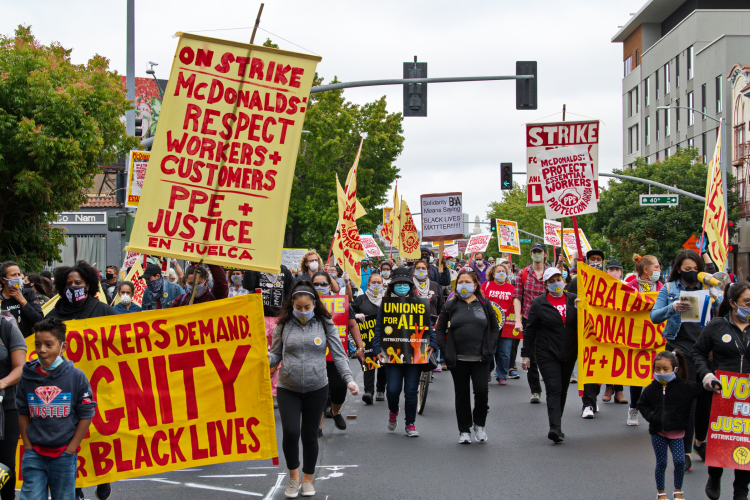 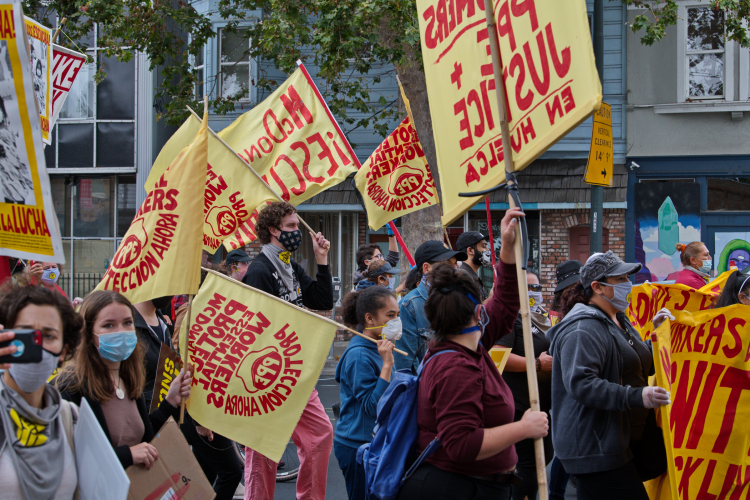 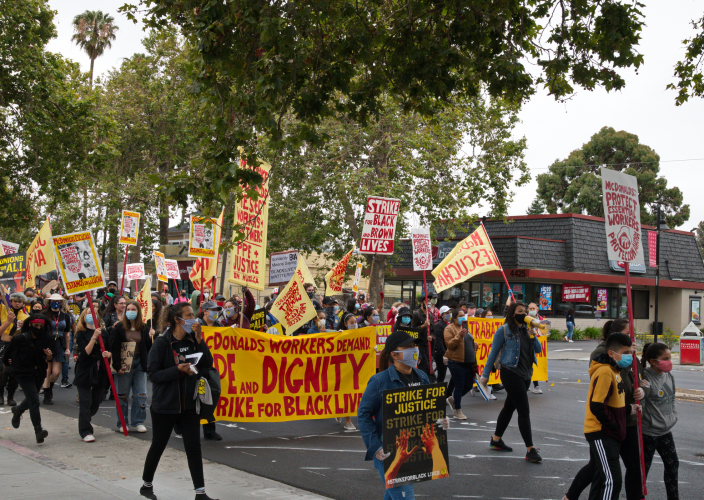 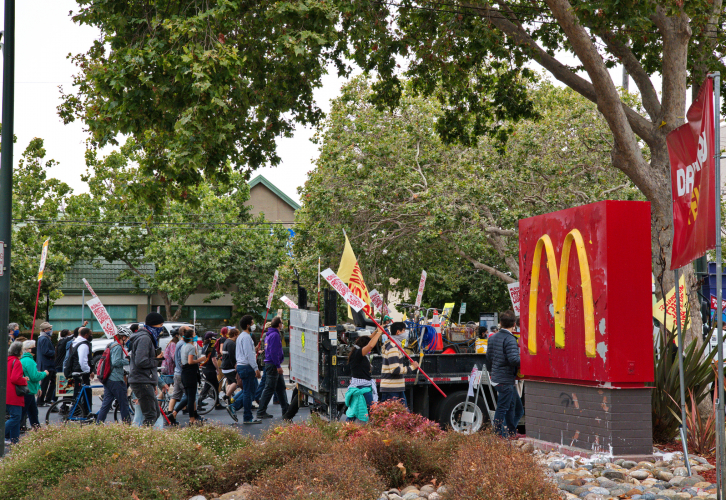 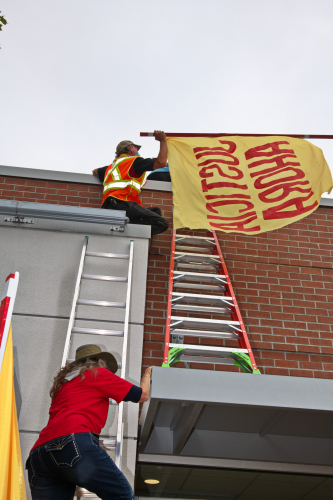 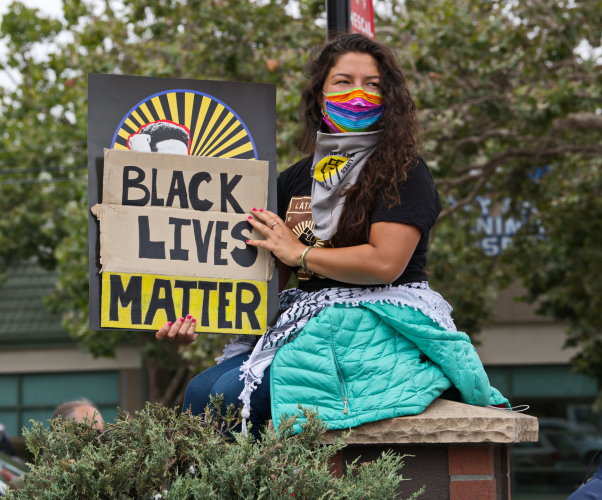 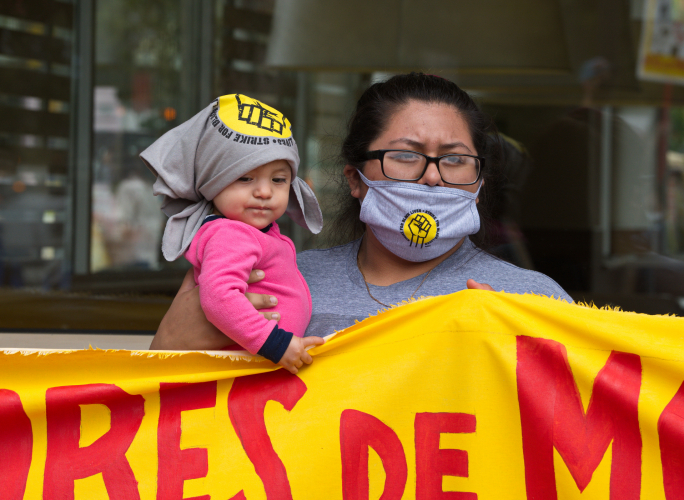 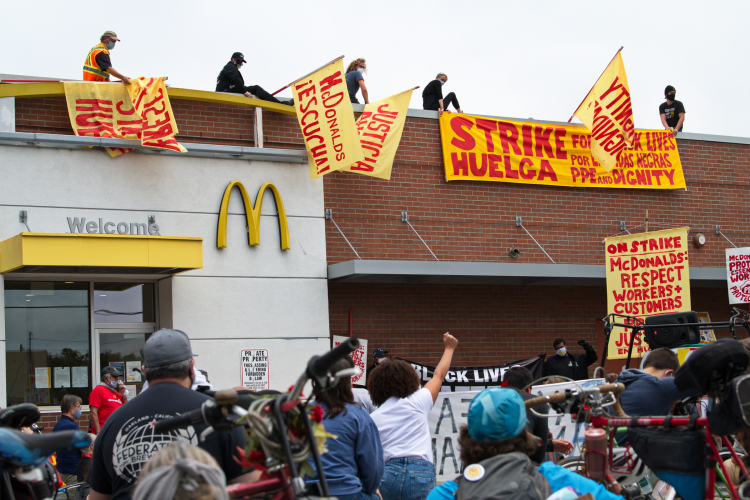 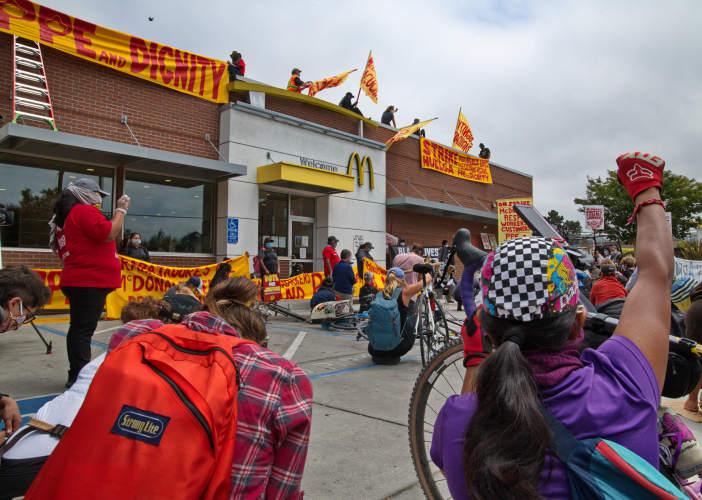 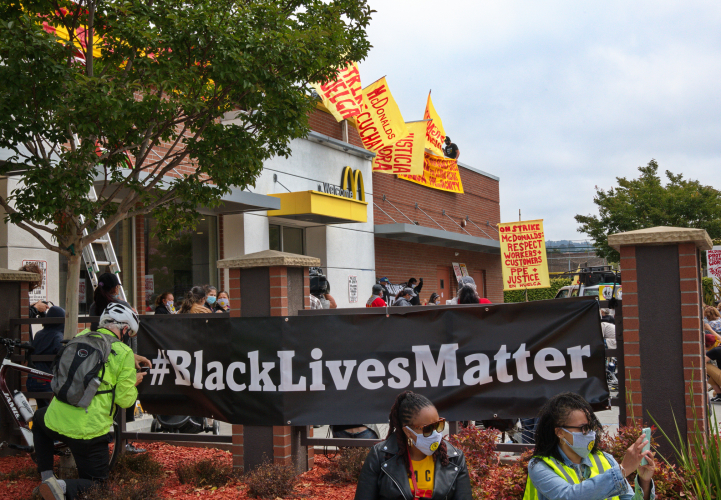 original image (1935x1400)
Add Your Comments
Support Independent Media
We are 100% volunteer and depend on your participation to sustain our efforts!