Protesters marched up Telegraph Avenue and into the parking lot at the McDonald's at Telegraph and 45th Street. They proceeded to block off the drive through with big signs that read that the restaurant was closed due to Covid health hazards.

According to a report in the Washington Post, the strikers are calling for “an unequivocal declaration that Black Lives Matter” from business and political leaders, and urging government officials to “re-imagine our economy and democracy” with civil rights in mind. Organizers also are calling on businesses to “dismantle racism, white supremacy, and economic exploitation” and ensure access to union organizing, according to a list of demands posted on the strike’s website, reported the Washington Post.

This is the first call for a general strike on a social issue in living memory that includes significant union involvement. The strike is spearheaded by the Service Employees International Union (SEIU) and Movement for Black lives. A number of important unions have endorsed the action, including the Teamsters, unions representing teachers, farm workers, supermarket, communication, restaurant, hotel, workers, the Coalition of Black Trade Unionists, Jobs with Justice, and Fight for $15 and a Union.

For more information: https://j20strikeforblacklives.org/
§Protesters shut down the drive through at Oakland McDonald's
by Jonathan Nack
Monday Jul 20th, 2020 2:25 PM 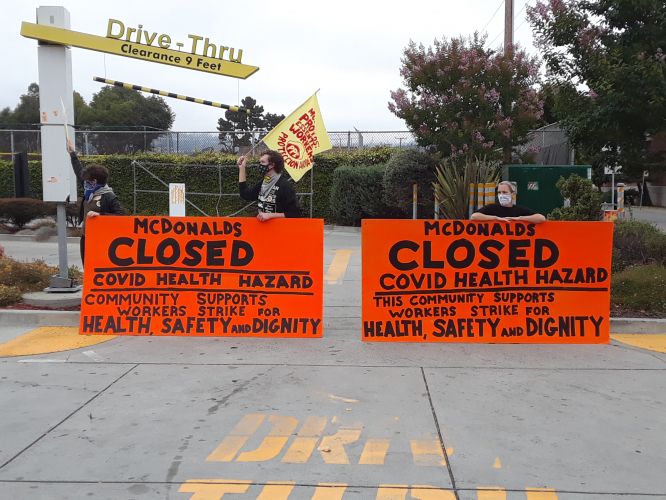 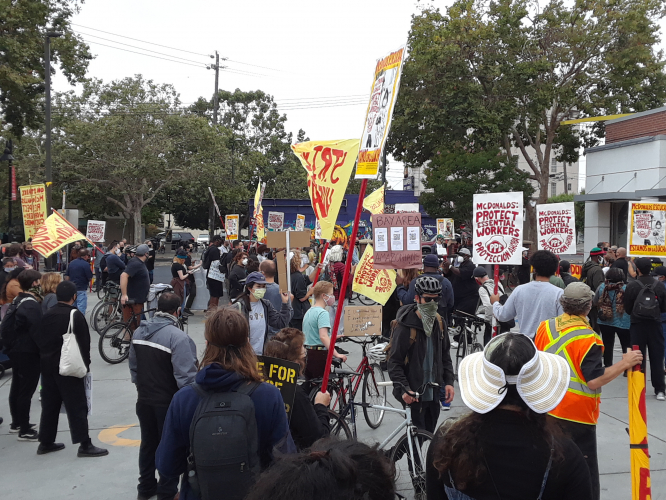 original image (2576x1932)
Photo: Jonathan Nack
Oakland, CA
July 20,2020
Add Your Comments
Support Independent Media
We are 100% volunteer and depend on your participation to sustain our efforts!