Add an Event
Newswire
Calendar
Features
Home
Donate
From the Open-Publishing Calendar
From the Open-Publishing Newswire
Indybay Feature
Related Categories: International | Arts + Action | Labor & Workers
Singing Out & Standing Up For Freedom! Group Yorum Banned & Repressed By The Government
by LaborFest.net
Wednesday Jul 15th, 2020 5:07 PM
This documentary is about Group Yorum band from Turkey and their music of struggle against the system. They have been banned and repressed by the government. 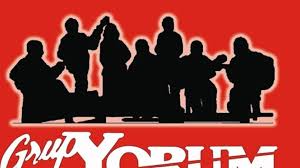 Group Yorum is a folk music group that has been banned by the government of Turkey. They sing songs about freedom, of brotherhood and sisterhood of people, of workers dying on the job, nations, races and genders. For this reason, the Turkish government has declared the music group as a “front for terrorism.”
In this one hour presentation, we will discover their music, lyrics, their fight, their resistance, their contribution to the world revolutionary movement.

The group’s concerts have become a social event as tens of thousands flock to see them. Unable to prevent mostly the youth to follow and attend their huge concerts, the Turkish government banned all the concerts of Group Yorum citing “security concerns.” When the Islamic AKP government was unable to destroy the spirit of these revolutionary musicians, the prosecutors were called into action. The government fabricated charges against the group members. They summoned “witnesses” who hid their names and testified behind curtains and through electronic shields in the court to indict the musicians on terrorism. The courts were a travesty of justice. The judges had already decided that what the government wanted from them in the way of propaganda had to be delivered, no matter what the truth may be.

The group members did not relent, they made their music, they protested, they resisted with their music and lastly with their bodies and lives.

Protesting the kangaroo courts and openly biased justice system with secret witnesses, the musicians put their lives on the line. Starting hunger strikes to protest the procedures, two musicians gave their lives on hunger strike. Another musician was beaten to a pulp by the cops during the last days of his hunger strike, tortured and sexually abused with a police baton. He too died few days later. After the loss of musicians lives, even the secret witness who testified against them recanted and admitted the police forced him to lie in court. The funeral of the musicians were attacked by the neo-nazi, racist, nationalist fascists who swore that they would raid the graves, take the bodies out and burn them.

Group Yorum owns Idil Cultural Center where film screenings, music classes, theater training, book readings, choir and group practices are held. The center has been the target of numerous police raids where the cops destroyed doors, windows, book shelves and made it a point to destroy every single musical instrument, including breaking and spreading the keys of the piano.

Even with deaths of its musicians, arrests, threats, beatings, banning of concerts, Group Yorum is one of the top most sought after music groups in Turkey. People understand and know the meaning of their music. It is a music against oppression, against war, against divisions and is a music for the workers, for the laborers whose voice never gets to be pronounced. That is why the music of Group Yorum is the voice of the voiceless in Turkey.

Commentary, interviews, music and video on the Group Yorum music group who are banned to perform in Turkey and whose 3 musicians lost their lives in hunger strike fighting for justice and the right to perform.
https://www.youtube.com/watch?v=av6If32aJ_s
§Members Of Grupo Your Jailed & On Hunger Strike
by LaborFest.net
Wednesday Jul 15th, 2020 5:07 PM

The government has jailed members of Grupo Yorum and they held a hunger strike in the prison.
https://www.youtube.com/watch?v=av6If32aJ_s
§Grup Yorum Long Struggle
by LaborFest.net
Wednesday Jul 15th, 2020 5:07 PM 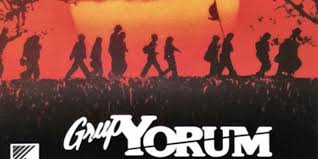 There has been a long struggle for freedom and democracy in Turkey and Grup Yorum is part of that history.
https://www.youtube.com/watch?v=av6If32aJ_s
§Solidarity Grup Yorum
by LaborFest.net
Wednesday Jul 15th, 2020 5:07 PM 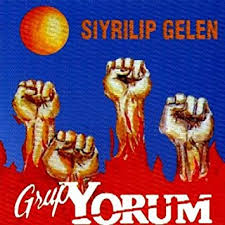 Grup Yorum has build solidarity with the people of Turkey.
https://www.youtube.com/watch?v=av6If32aJ_s
§Members of Grupo Your
by LaborFest.net
Wednesday Jul 15th, 2020 5:07 PM 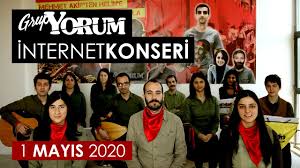 On May Day 2020 Grup Yorum presented working class solidarity music.
https://www.youtube.com/watch?v=av6If32aJ_s
Add Your Comments
Support Independent Media
We are 100% volunteer and depend on your participation to sustain our efforts!