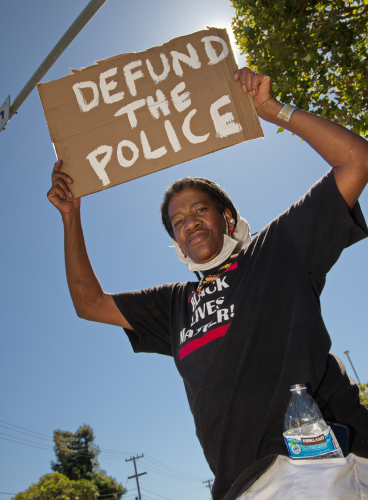 Vallejo has the highest number of police killings per capita in northern California. On Saturday July 11, upon the release of the bodycam recording of the June 2 murder of Sean Monterrosa, there was another demonstration demanding justice for the Vallejo police department's many victims. On June 20 the police killed yet another young black man.

At noon, demonstrators assenbled in front of the Vallejo City Hall. A large flatbed truck held a sound system and supplies of much appreciated cold water and eneregy snacks for the long hot march, through the farmer's market, and on to the city's police headquarters.

There were speeches at City Hall. Demands for justice were read. Over three hundred marchers, honoring the Monterrosa family's grief by wearing black, followed by a car caravan, made their way to the City's Police headquarters. Bikers with not very silent Harleys, organized traffic around the marchers. Police was nowhere to be seen. The demonstrators joined a similar demonstration already there.

Those who had lost loved ones to police brutality made eloquent speeches and pointed accusing fingers at the police building. Demontrators, many hitching rides on the caravan's cars and trucks, then returned to City Hall. 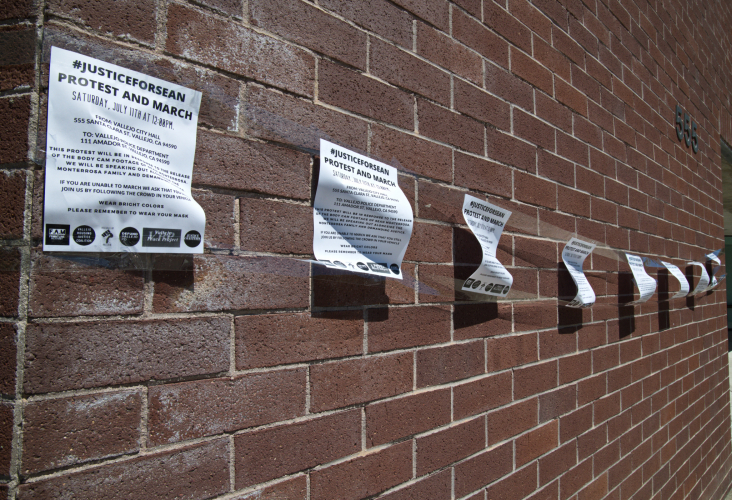 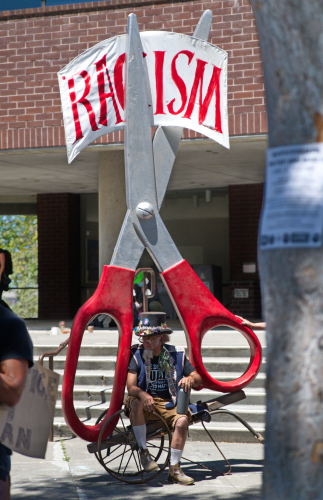 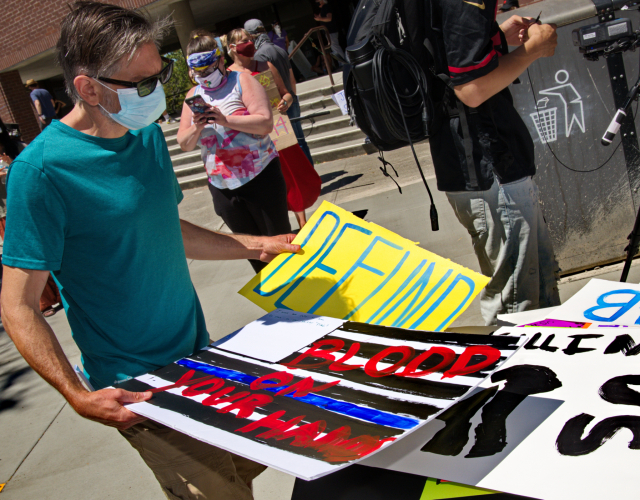 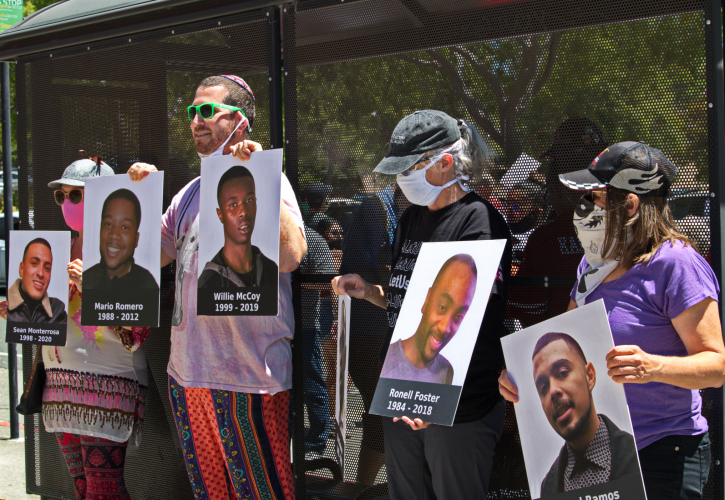 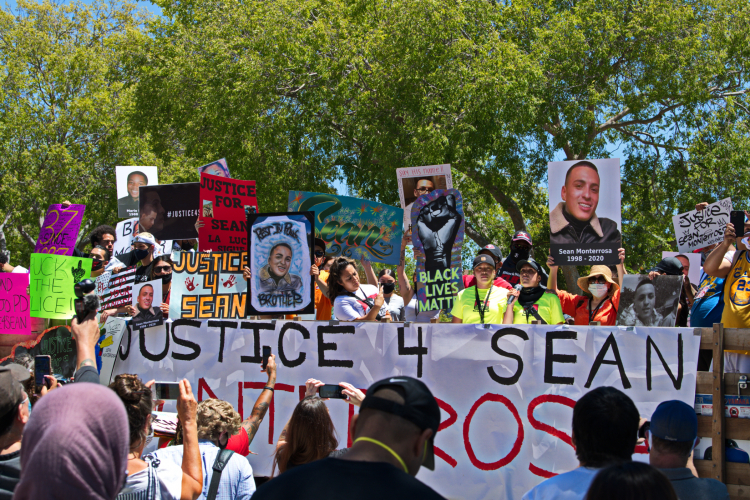 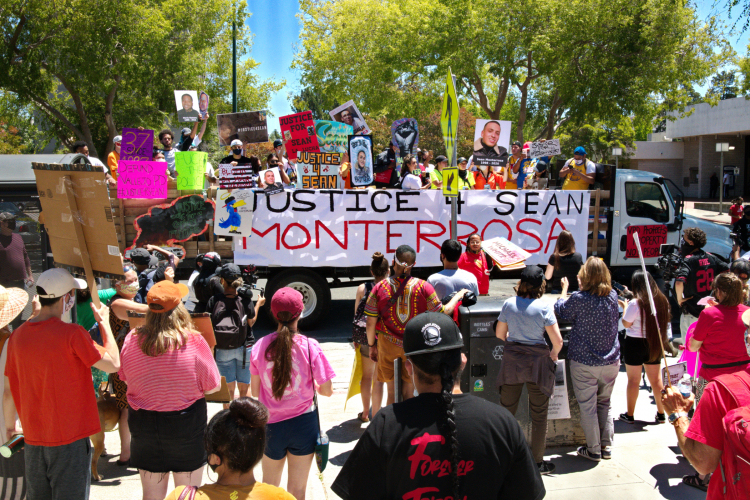 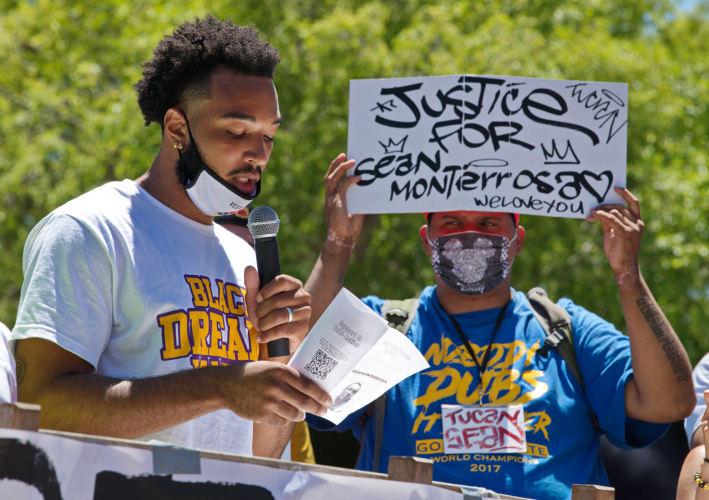 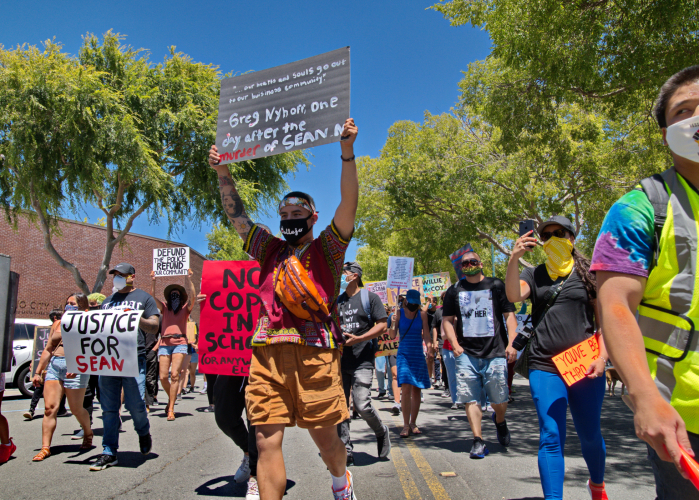 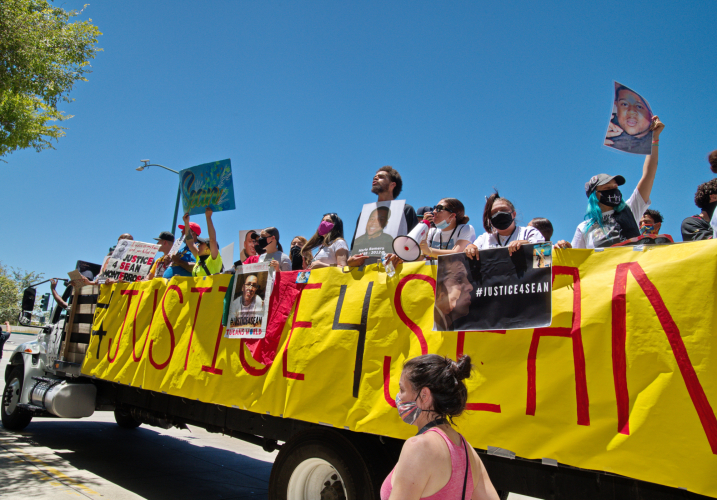 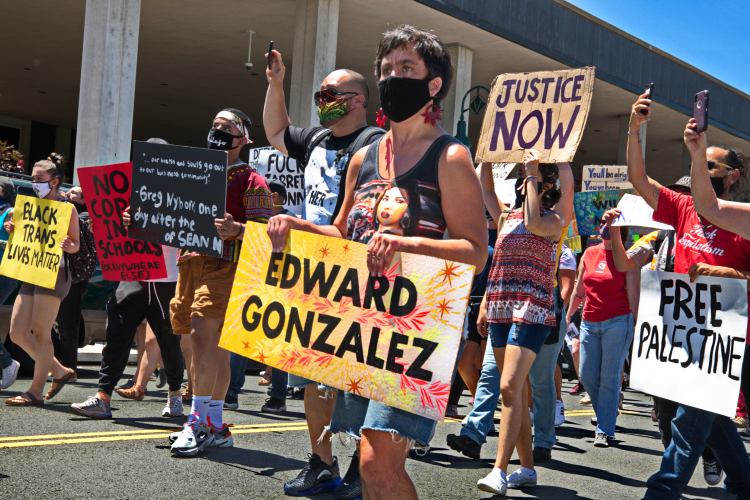 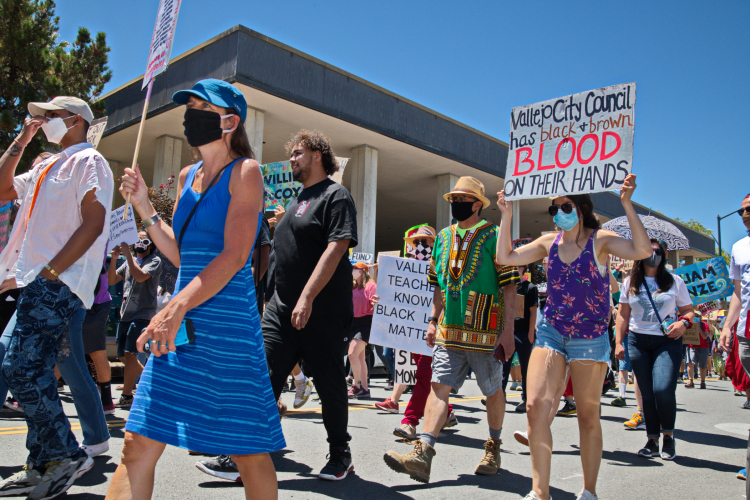 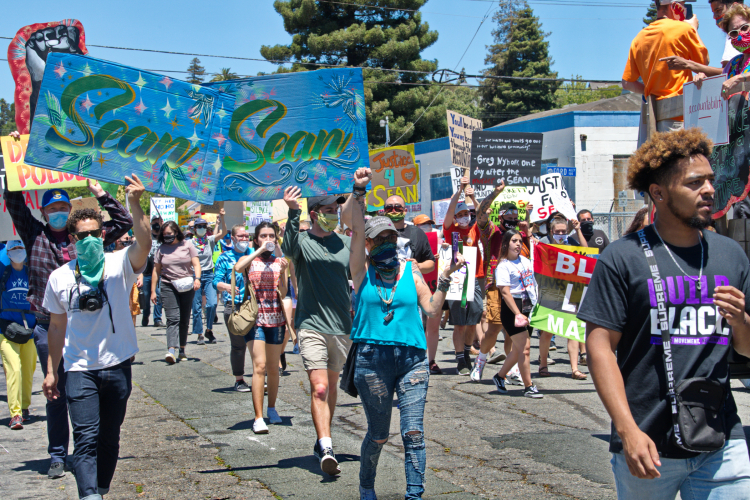 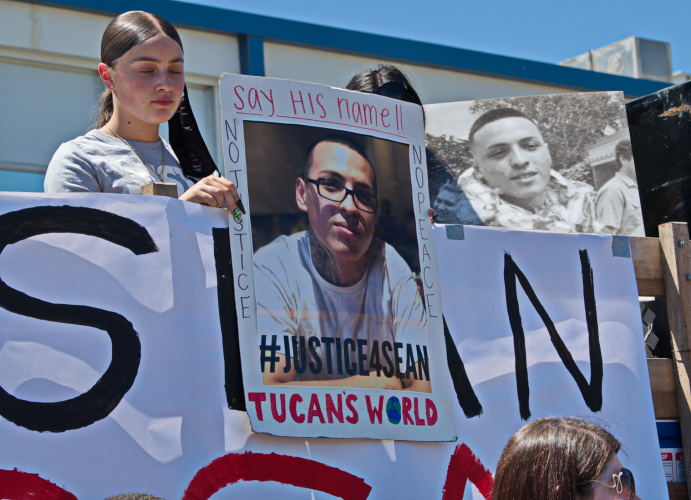 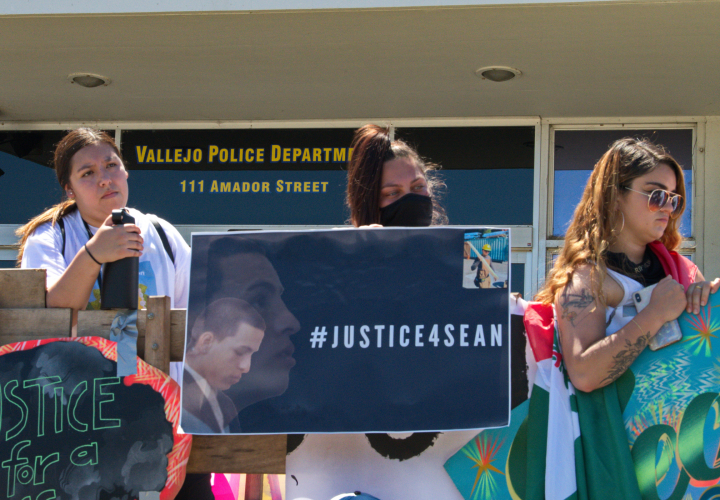