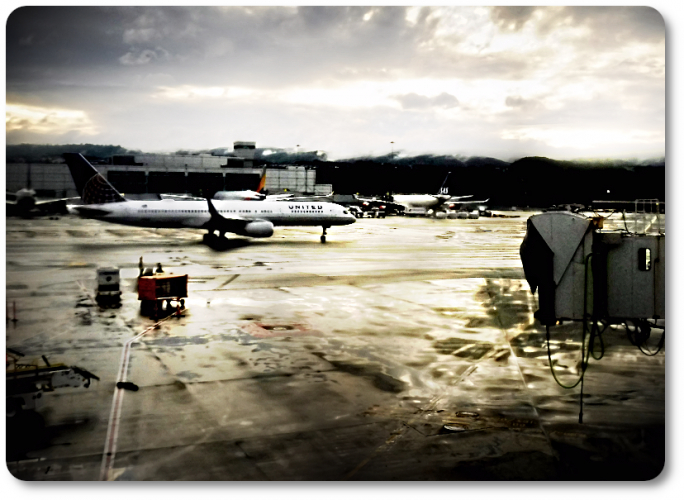 By Steve Filips at the World Socialist Web Site


Chicago-based United Airlines announced yesterday that it could furlough up to 36,000 airline workers, or 45 percent of its US workforce, on October 1. The mass layoffs are timed to coincide with the termination of the Payroll Support Program (PSP), included in the bipartisan CARES Act, which prohibited layoffs until September 30 as part of the terms of a nearly $25 billion bailout of the airline industry.

In town hall meetings, company executives told employees, “The reality is that United simply cannot continue at our current payroll level past October 1 in an environment where travel demand is so depressed. And involuntary furloughs come as a last resort, after months of companywide cost-cutting and capital raising.”

The potential job losses at United include 15,000 flight attendants, 11,000 customer service and gate agents, 5,500 maintenance workers and 2,250 pilots. According to a report in the New York Times: “United could cut fewer employees if ticket sales pick up significantly or if many thousands of workers accept fewer hours or apply for buyouts and early retirement packages before a mid-July deadline. Workers will know if they are being furloughed by the end of August, and most will be eligible to return to work when travel picks up. United is also cutting about a third of management and administrative employees.”

It is clear the airlines are using the collapse in air travel caused by the pandemic to implement long-standing restructuring plans. The combination of real and threatened layoffs will be used to extract huge wage and benefit concessions from airline workers.

The cuts are part of a general bloodletting in the US and international airline industry. American Airlines has already implementing plans to cut 20 to 30 percent of its staff through a combination of forced retirements and involuntary furloughs. “If we’re 20 percent smaller, having 20 percent fewer people,” American CEO Doug Parker told investors last month, “we’re able to use this crisis to figure out things that we can do more efficiently.”

With the rush to lift lockdowns, the airlines enjoyed a brief period of increased air travel. United Airlines, which never blocked out seats or limited capacity, announced it would be adding 25,000 flights in August. The resurgence of the pandemic, with a record 60,000 cases yesterday and a two-week quarantine of many travelers imposed by New York, New Jersey and Connecticut, has hit United’s hub in Newark, New Jersey, according to media reports.

Since March, United has pressured workers to take early retirements and voluntary furloughs in an effort to slash costs. In June, United CEO Scott Kirby told investors he would seek “new labor deals” from the unions but if none materialized there would be involuntary layoffs, according to a CNN report.

On Tuesday, United applied for US Treasury loans, along with JetBlue, Delta, Southwest and Alaska. Five other carriers—American, Hawaiian, Frontier, Spirit and SkyWest—have also applied for additional loans. All told, the grants in the CARES Act, plus the loans, will total over $50 billion.

The airlines were the beneficiaries of huge bailouts following 9/11 and after the 2008 financial crash. While wrenching massive concessions from airline workers, the five biggest US carriers spent 96 percent of their free cash flow over the past decade on stock buybacks, according to Bloomberg, bolstering the fortunes of investors and top executives. Last year, United’s Oscar Munoz got $12.4 million in total compensation, Delta CEO Ed Bastian got $17.3 million, and American CEO Doug Parker pocketed $11.5 million.

The unions have backed the bailout of the airlines and signaled their willingness to collaborate in another round of devastating concessions. Sara Nelson, president of the Association of Flight Attendants, called the threatened United layoffs a “gut punch” but made it clear the unions would do nothing to fight it. Instead, she said that the United proposals were “an honest assessment” of the state of the industry and called on workers to back the Democrats.

https://www.wsws.org/en/articles/2020/07/0...
Add Your Comments
Support Independent Media
We are 100% volunteer and depend on your participation to sustain our efforts!