Top Photo: Demonstrators use stencils to paint a message on the street in front of Nancy Pelosi's Pacific Heights Home. It reads, Pelosi Defund War $. 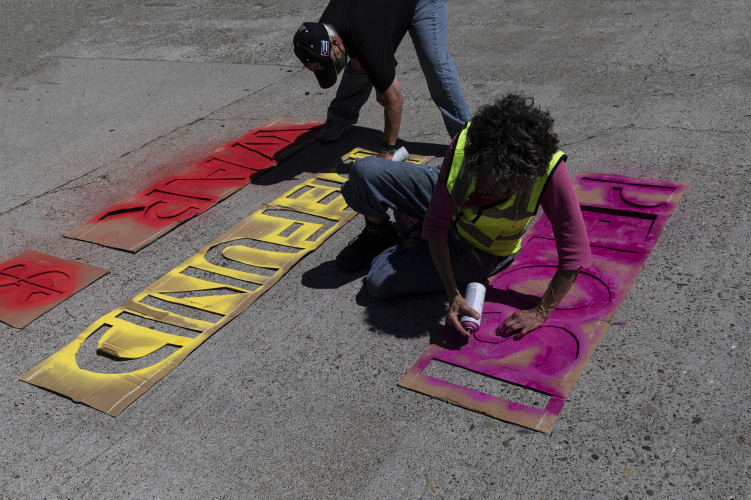 July 4th is traditionally a U.S. holiday to celebrate independence and freedom. CodePink countered this saying, "There is no true freedom until we are independent from war" and "No one is free until we are all free." They designed their fourth of July "Defund Police, Defund the Pentagon, Fund Communities and Life" car caravan to bring together climate and environmental justice activists, anti-war activists, and the Black Lives Matter movement.

Caravaners met up at San Francisco City Hall, then rolled along the streets to the African American Arts and Culture Complex where Naeemah Charles, Public Policy Communications Director at Children's Council of San Francisco, and Kaylah Williams, from SF Democratic Socialists of America Afro-Socialist Caucus, spoke on defunding the San Francisco Police. At this location caravan participants placed flowers on a shrine to Black lives taken by police.

Their next stop was Nancy Pelosi's Pacific Heights house where protesters immediately began painting a message to the Congresswoman, "Pelosi Defund War $." They chalked other slogans on the sidewalk next to her house including one that read, "where we allocate funds speaks to our values." Placards included a boldly printed sign, "I Can't Breathe...No Racist Police." Pelosi is running for another term in Congress, and organizers invited her to debate her opponent, Shahid Butter, on the issue of defunding the Pentagon. Ms. Pelosi did not show up, so Mr. Buttar debated an empty chair with a neon pink sign, "Nancy Pelosi, Candidate for Congress." 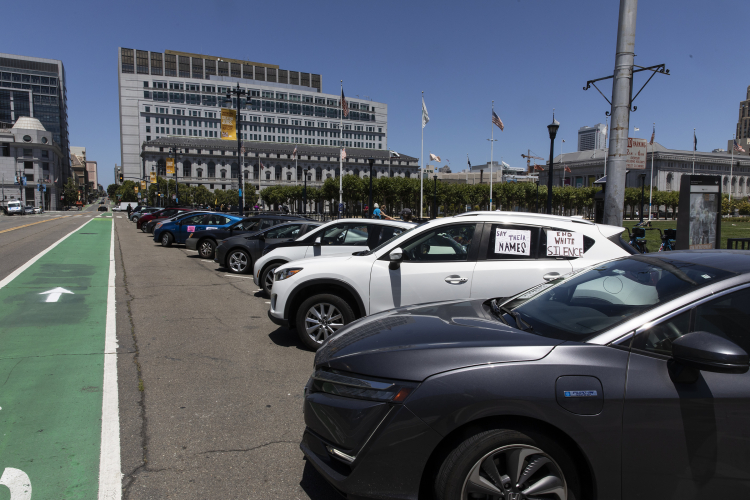 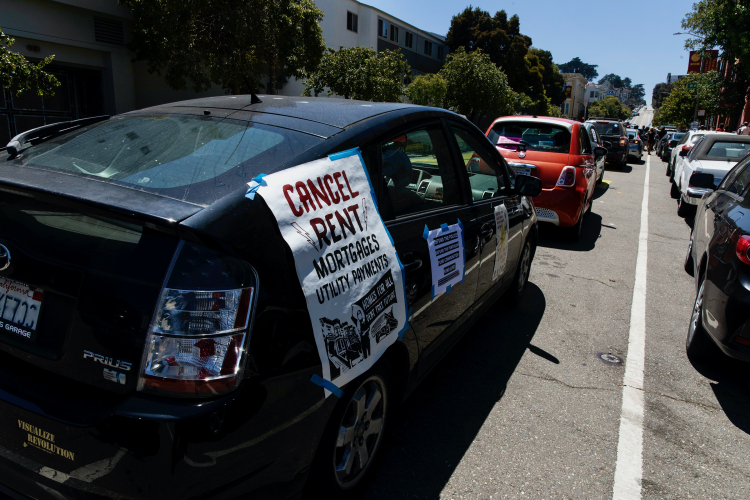 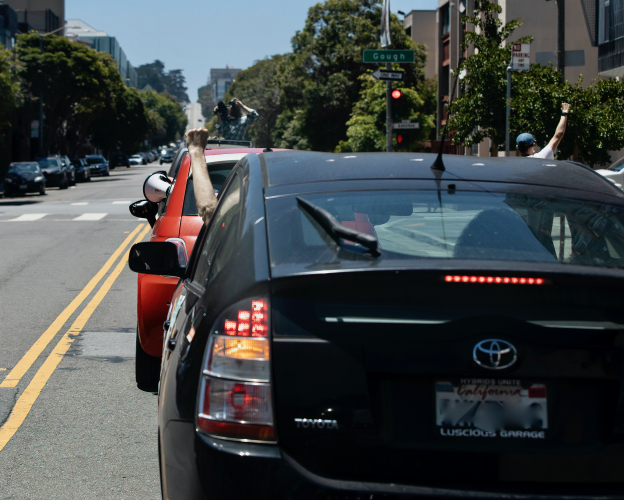 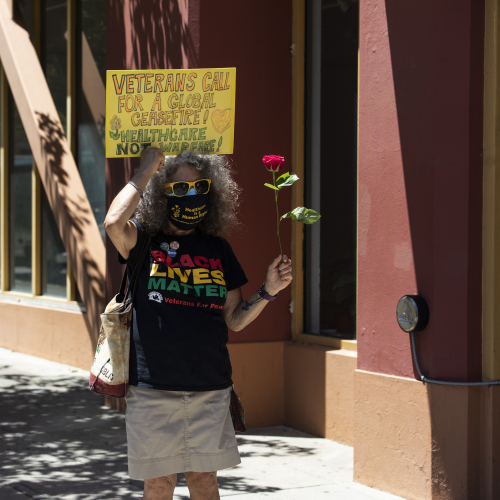 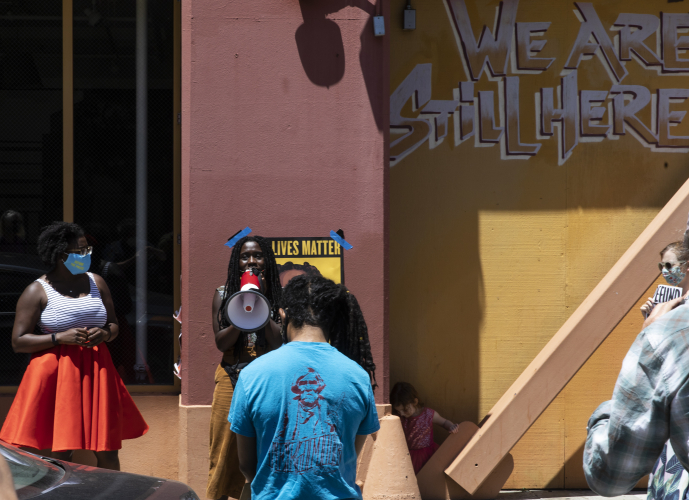 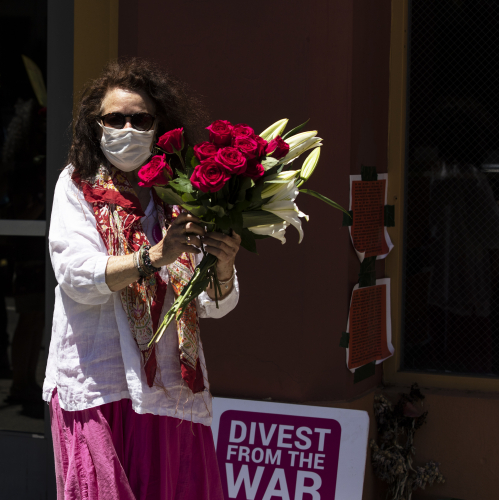 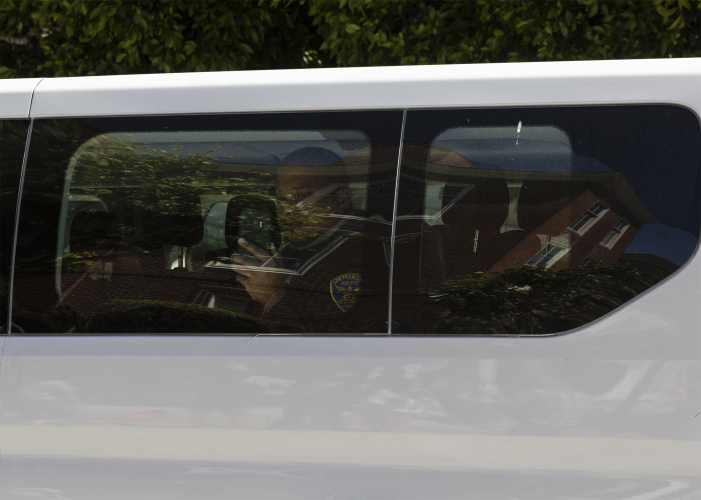 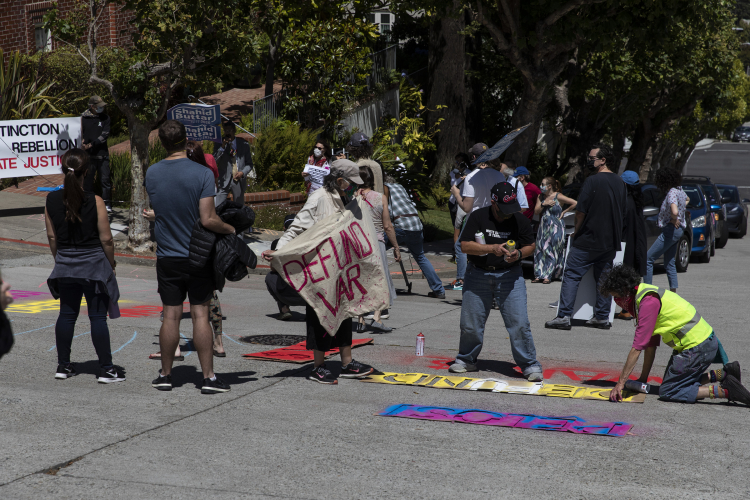 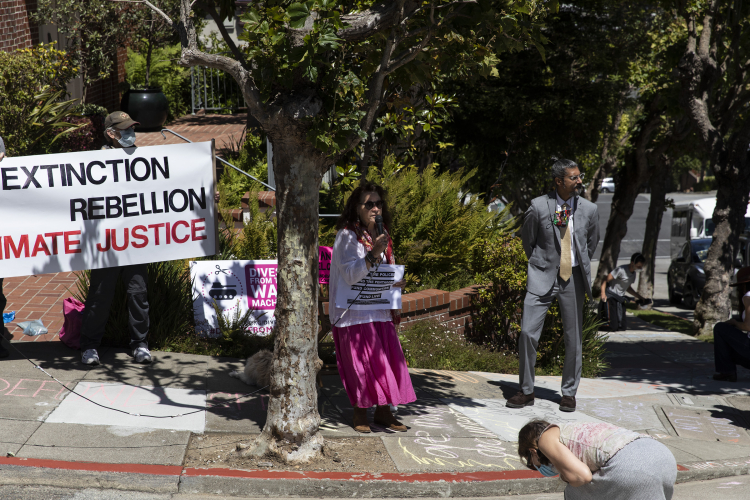 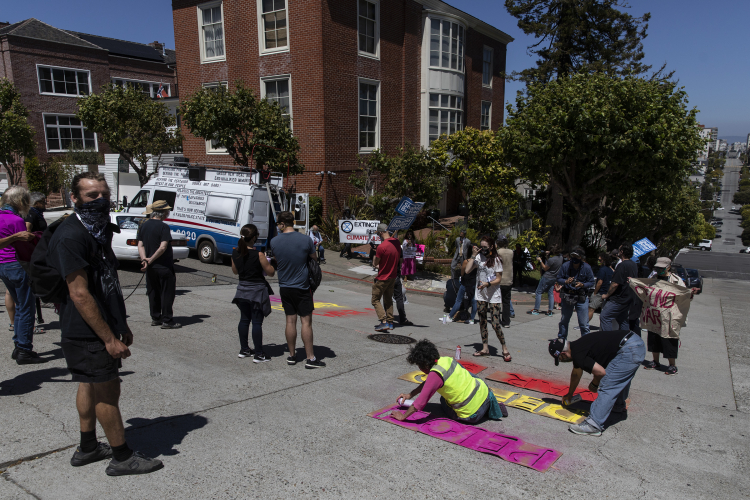 original image (3150x2100)
"Pelosi The Architect of this Rapacious Oligarchy That’s Now Become a Failed Police State"
Add Your Comments
Support Independent Media
We are 100% volunteer and depend on your participation to sustain our efforts!