Add an Event
Newswire
Calendar
Features
Home
Donate
From the Open-Publishing Calendar
From the Open-Publishing Newswire
Indybay Feature
Related Categories: California | Racial Justice
California Reparations Bill AB 3121 - Senate Process in flow...
by Michael Harris
Wednesday Jul 8th, 2020 12:33 AM
The signs and symbols surrounding the California State Capitol are coming down and few know the reason they were put in place. Reparative Justice hidden, cloaked in secrecy and does not mention Slavery thoroughout the State of California... limited narrow focus may do additional harm... yet not sure it matters because the Black Lives "in the building" is all that matters. 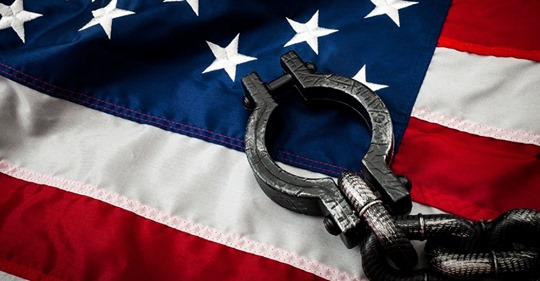 An act to add and repeal Chapter 4.5 (commencing with Section 8301) to of Division 1 of Title 2 of the Government Code, relating to state government.

Existing law requests the Regents of the University of California to assemble a colloquium of scholars to draft a research proposal to analyze the economic benefits of slavery that accrued to owners and the businesses, including insurance companies and their subsidiaries, that received those benefits, and to make recommendations to the Legislature regarding those findings.

Existing law requires the Insurance Commissioner to request and obtain information from insurers licensed and doing business in this state regarding any records of slaveholder insurance policies issued by any predecessor corporation during the slavery era. Existing law requires insurers to research and report to the commissioner on insurance policies that provided coverage for injury to, or death of, enslaved people.

This bill would establish the Task Force to Study and Develop Reparation Proposals for African Americans, Americans who are descendants of persons enslaved in the United States, consisting of 8 members, appointed as provided.

The bill would require the Task Force to, among other things, identify, compile, and synthesize the relevant corpus of evidentiary documentation of the institution of slavery that existed within the United States and the colonies.

The bill would require the Task Force to submit a written report of its findings and recommendations to the Legislature. The bill would authorize reimbursement of the members’ expenses only to the extent an appropriation is made in the Budget Act.

BILL TEXT
THE PEOPLE OF THE STATE OF CALIFORNIA DO ENACT AS FOLLOWS:

SECTION 1. Chapter 4.5 (commencing with Section 8301) is added to Division 1 of Title 2 of the Government Code, to read:
CHAPTER 4.5. Reparations for the Institution of Slavery
Article 1. Findings and Declarations
8301. (a) The Legislature makes the following findings and declarations:

(2) The institution of slavery was constitutionally and statutorily sanctioned by the United States from 1789 through 1865, inclusive.

(3) The slavery that flourished in the United States constituted an immoral and inhumane deprivation of Africans’ life, liberty, African citizenship rights, and cultural heritage and denied them the fruits of their own labor.

(4) A preponderance of scholarly, legal, and community evidentiary documentation, as well as popular culture markers, constitute the basis for inquiry into the ongoing effects of the institution of slavery and its legacy of persistent systemic structures of discrimination on living African Americans and society in the United States.

(5) Following the abolition of slavery, the United States government at the federal, state, and local levels continued to perpetuate, condone, and often profit from practices that continued to brutalize and disadvantage African Americans, including sharecropping, convict leasing, Jim Crow laws, redlining, unequal education, and disproportionate treatment at the hands of the criminal justice system.

(6) As a result of the historic and continued discrimination, African Americans continue to suffer debilitating economic, educational, and health hardships, including, but not limited to, all of the following:

(C) An average of less than one-sixteenth of the wealth of white families, a disparity that has worsened, not improved, over time.

(b) It is the purpose of this chapter to establish a task force that will do all of the following:

(1) Study and develop reparation proposals for African Americans as a result of:

(A) The institution of slavery, including both the transatlantic and domestic “trade” that existed from 1565 in colonial Florida and from 1619 to 1865, inclusive, within the other colonies that became the United States, and that included the federal and state governments, that constitutionally and statutorily supported the institution of slavery.

(B) The de jure and de facto discrimination against freed slaves and their descendants from the end of the Civil War to the present, including economic, political, educational, and social discrimination.

(C) The lingering negative effects of the institution of slavery and the discrimination described in paragraphs (5) and (6) of subdivision (a) on living African Americans and on society in California and the United States.

(D) The manner in which instructional resources and technologies are being used to deny the inhumanity of slavery and the crime against humanity of people of African descent in California and the United States.

(E) The role of Northern complicity in the Southern-based institution of slavery.

(2) Recommend appropriate ways to educate the California public of the task force’s findings.

(3) Recommend appropriate remedies in consideration of the task force’s findings on the matters described in this section.

(4) Submit to the Legislature the report completed pursuant to Section 8301.1, together with any recommendations.
Article 2. Task Force to Study and Develop Reparation Proposals for African Americans Who are Descendants of Persons Enslaved in the United States

8301.1. (a) There is hereby established the Task Force to Study and Develop Reparation Proposals for African Americans Who are Descendants of Persons Enslaved in the United States (Task Force).

b) The Task Force shall perform all of the following duties:
(1) Identify, compile, and synthesize the relevant corpus of evidentiary documentation of the institution of slavery that existed within the United States and the colonies that became the United States from 1619 to 1865, inclusive. The Task Force’s documentation and examination shall include the facts related to all of the following:

(A) The capture and procurement of Africans.

(C) The sale and acquisition of Africans as chattel property in interstate and intrastate commerce.

(D) The treatment of African slaves in the colonies and the United States, including the deprivation of their freedom, exploitation of their labor, and destruction of their culture, language, religion, and families.

(E) The extensive denial of humanity, sexual abuse, and chattellization of persons.

(F) The federal and state laws that discriminated against formerly enslaved Africans and their descendants who were deemed United States citizens from 1868 to the present.

(G) The other forms of discrimination in the public and private sectors against freed African slaves and their descendants who were deemed United States citizens from 1868 to the present, including redlining, educational funding discrepancies, and predatory financial practices.

(2) Recommend appropriate ways to educate the California public of the Task Force’s findings.

(3) Recommend appropriate remedies in consideration of the Task Force’s findings on the matters described in this section. In making recommendations, the Task Force shall address, among other issues, all of the following:

(A) How the recommendations comport with international standards of remedy for wrongs and injuries caused by the state, that include full reparations and special measures, as understood by various relevant international protocols, laws, and findings.

(B) How the State of California will offer a formal apology on behalf of the people of California for the perpetration of gross human rights violations and crimes against humanity on African slaves and their descendants.

(C) How California laws and policies that continue to disproportionately and negatively affect African Americans as a group and perpetuate the lingering material and psychosocial effects of slavery can be eliminated.

(D) How the injuries resulting from matters described in this subdivision can be reversed and how to provide appropriate policies, programs, projects, and recommendations for the purpose of reversing the injuries.

(E) How, in consideration of the Task Force’s findings, any form of compensation to the descendants of enslaved Africans is calculated.

(F) What form of compensation should be awarded, through what instrumentalities, and who should be eligible for such compensation.

(G) How, in consideration of the Task Force’s findings, any other forms of rehabilitation or restitution to African descendants are warranted and what form and scope those measures should take.

(c) The Task Force shall submit a written report of its findings and recommendations to the Legislature no later than the date that is one year after the date of the first meeting of the Task Force held pursuant to Section 8301.2 of this chapter. The report shall be submitted in compliance with Section 9795.

Article 3. Membership
8301.2. (a) The Task Force shall consist of eight members, appointed as follows:

(1) Two members shall be appointed by the Governor.

(B) Not more than four appointees shall be members of the Legislature, and each appointing authority shall appoint not more than two members from the same political party.

(C) At minimum, four appointees shall represent major civil society and reparations organizations that have historically championed the cause of reparatory justice.

(3) Members shall be drawn from diverse backgrounds to represent the interests of communities of color throughout the state, have experience working to implement racial justice reform, and, to the extent possible, represent geographically diverse areas of the state.

(c) The Governor shall call the first meeting of the Task Force to occur no later than June 1, 2021.

(d) Five members of the Task Force shall constitute a quorum.

(e) The Task Force shall elect a chair and vice chair from
among its members. The term of office of each shall be for the life of the Task Force.

(f) For attendance at meetings during adjournment of the Legislature, a legislative member of the Task Force shall be entitled to per diem compensation and reimbursement of expenses for not more than 10 meetings, upon appropriation by the Legislature.

(g) Nonlegislative members of the Task Force shall be entitled to per diem compensation and reimbursement of expenses for not more than 10 meetings, upon appropriation by the Legislature.

Article 4. Powers
8301.3. (a) For the purpose of carrying out the provisions of this chapter, the Task Force may do all of the following:

(1) Hold hearings and sit and act at any time and location in California.

(2) Request the attendance and testimony of witnesses.

(4) Seek an order from a Superior Court compelling testimony or compliance with a subpoena.

Article 5. Administrative Provisions
8301.4. (a) The Task Force may appoint and fix the compensation of such personnel as the Task Force considers appropriate.

(b) The Task Force shall have the administrative, technical, and legal assistance of the state agency with the responsibility to investigate and enforce unlawful discrimination complaints.

(c) The Task Force may procure supplies, services, and property by contract in accordance with applicable laws and rules.

(d) The Task Force may enter into contracts for the purposes of conducting research or surveys, preparing reports, and performing other activities necessary for the discharge of the duties of the Task Force with state departments, agencies, and other instrumentalities, federal departments, agencies, and other instrumentalities, and private entities.

Article 6. Reparations
8301.5. Any state level reparation actions that are undertaken as a result of this chapter are not a replacement for any reparations enacted at the federal level, and shall not be interpreted as such.

Article 7. Termination
8301.5. 8301.7. This chapter shall remain in effect until 90 days after the date on which the Task Force submits the report to the Legislature pursuant to Section 8301.1, July 1, 2023, and as of that date is repealed.
Add Your Comments
Support Independent Media
We are 100% volunteer and depend on your participation to sustain our efforts!