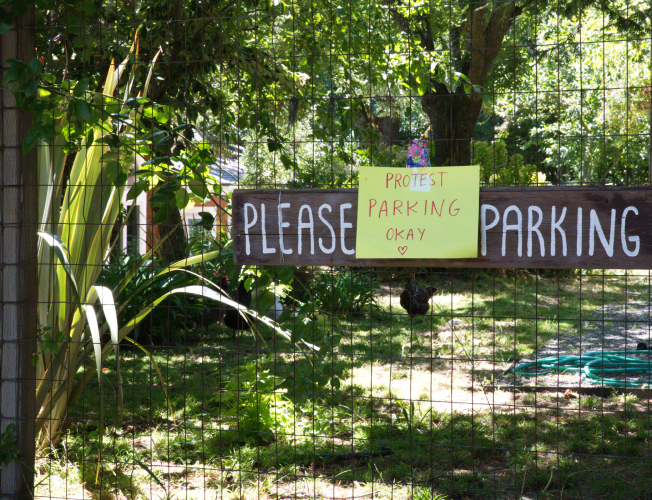 The valley, just north of Fairfax, with its forests and open fields, and total lack of commercial developments, consists of three small towns with a total population of about 2000 families. It is largely unknown to the Bay Area. That's what most people there like about it. They have successfully resisted development to the extent that they are regularly accused of nimbyism.

No longer willing to ignore the nation's racial turmoil, valley residents staged a Black Lives Matters Protest. On Sunday, July 5th, about thirty people staged their "Rally In The Valley" protest along the main highway. Essentially all cars honked their approval as they sped by.

It was clear that the demonstrators were not new to public protest and have been involved in social justice work in other venues. 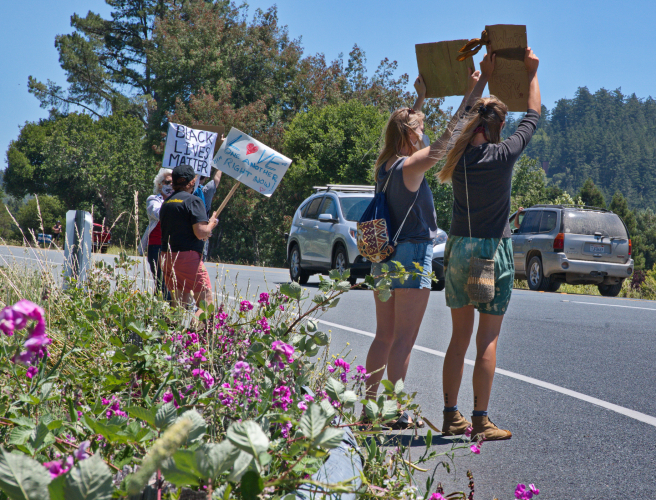 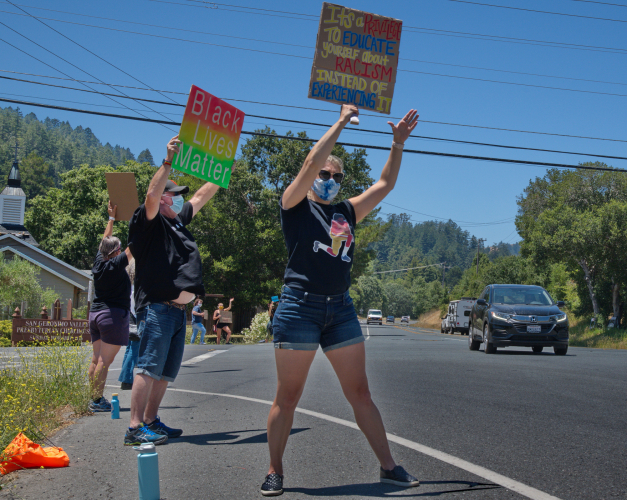 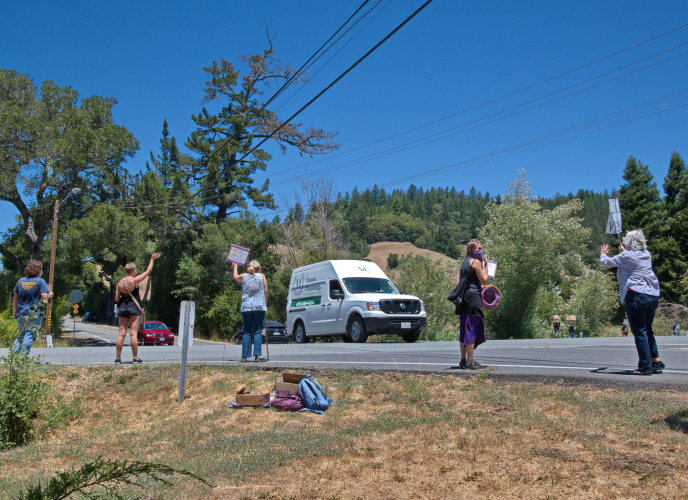 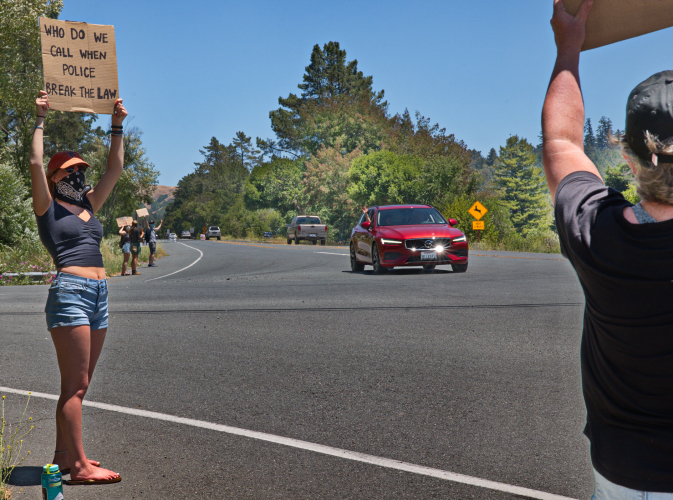 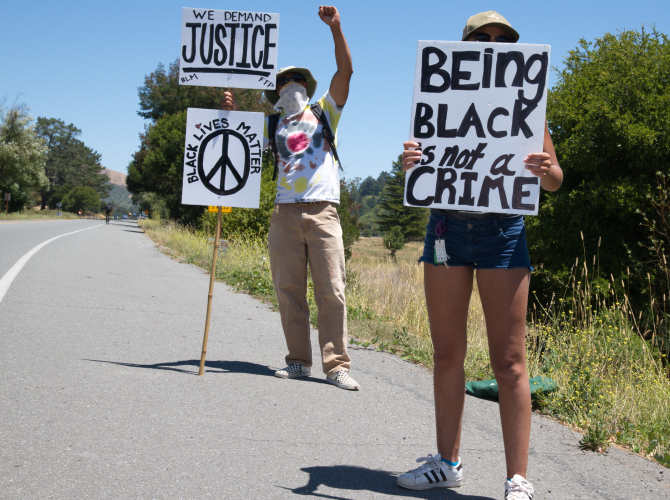 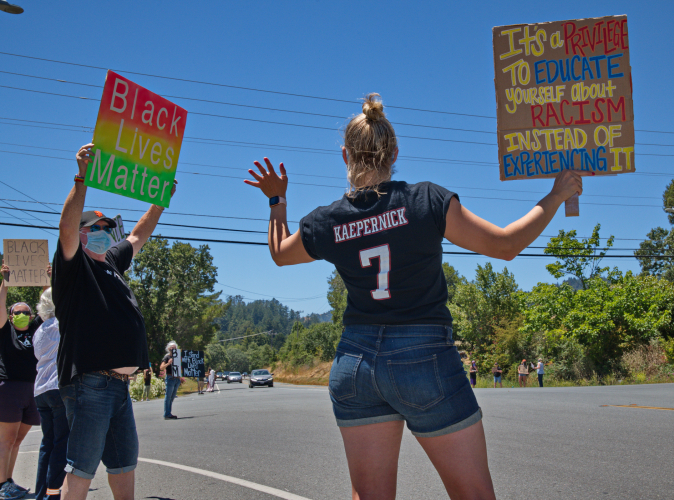 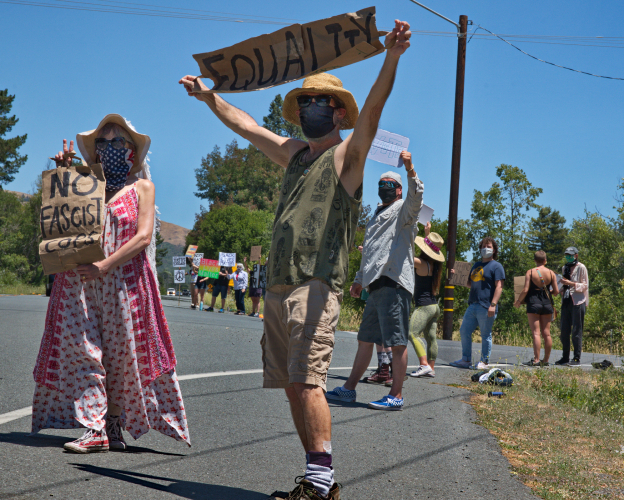 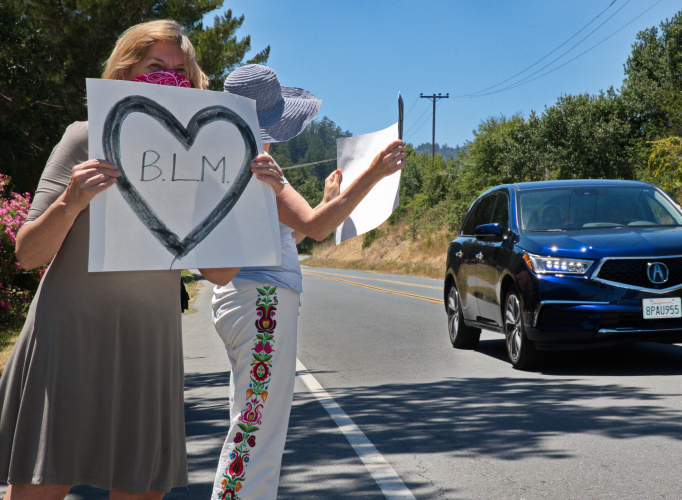 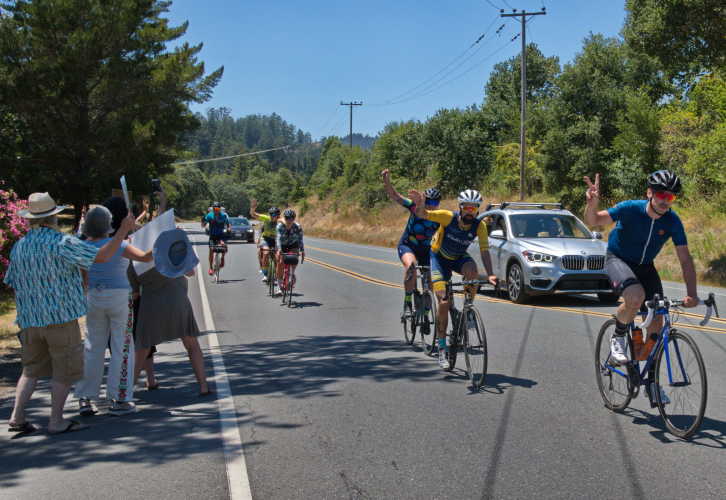 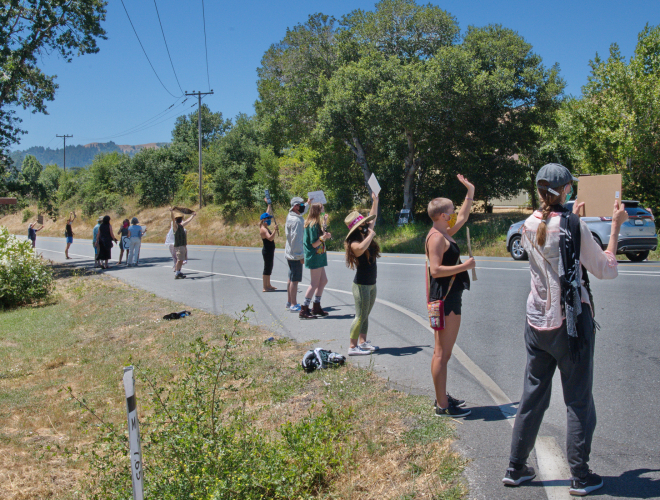 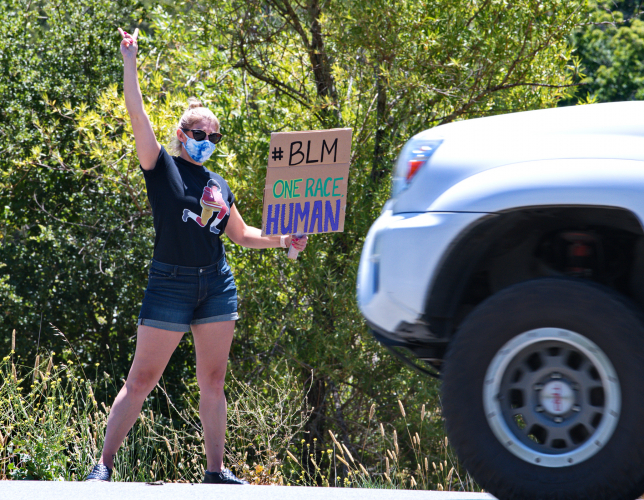 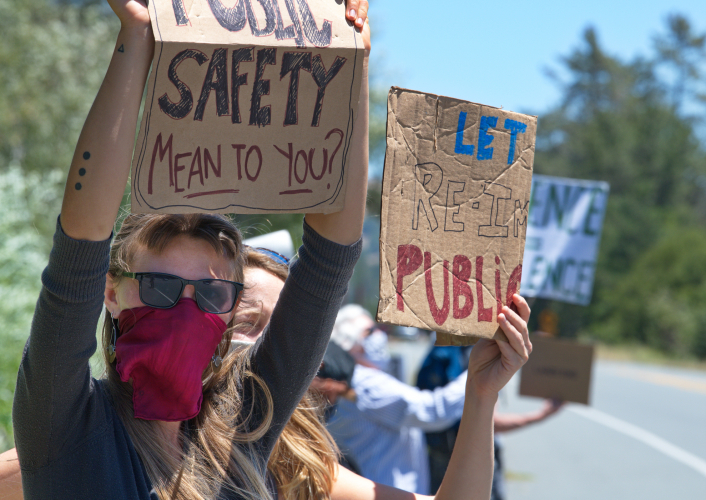 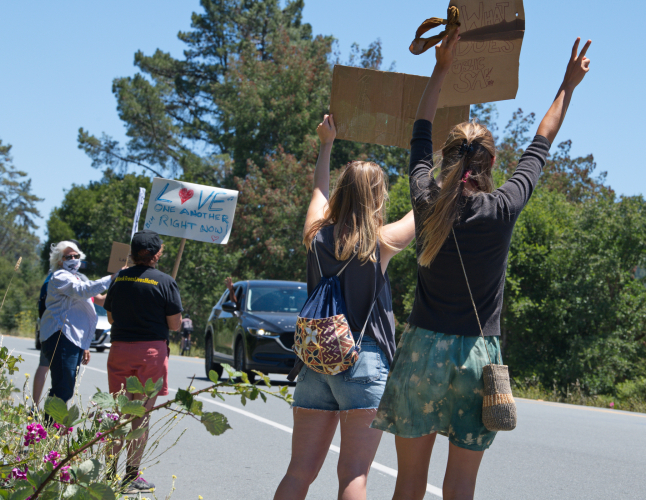 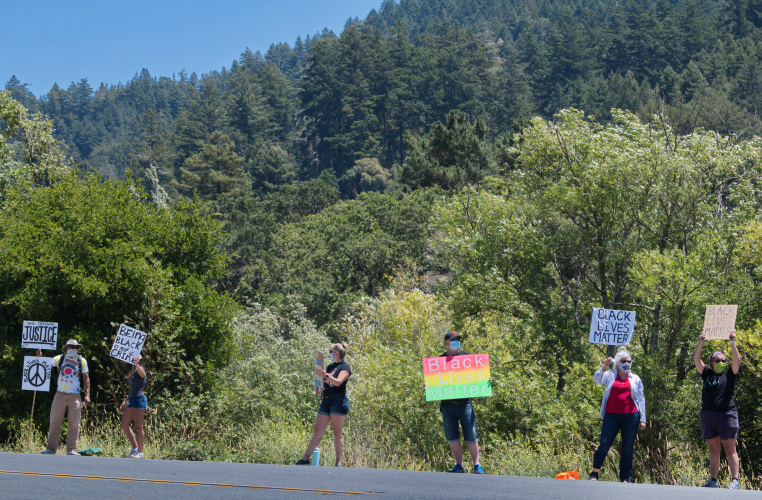 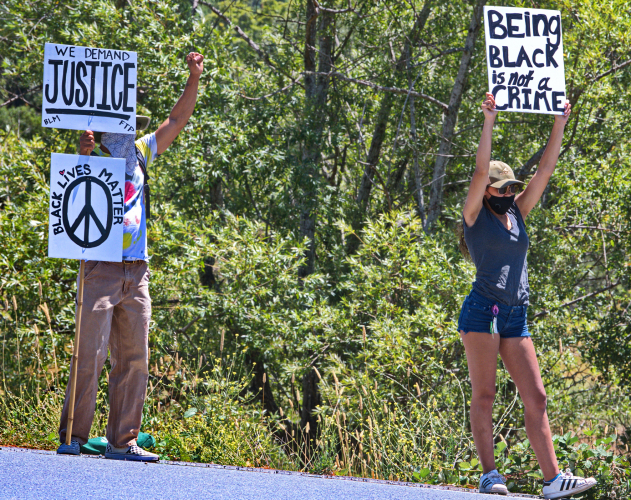 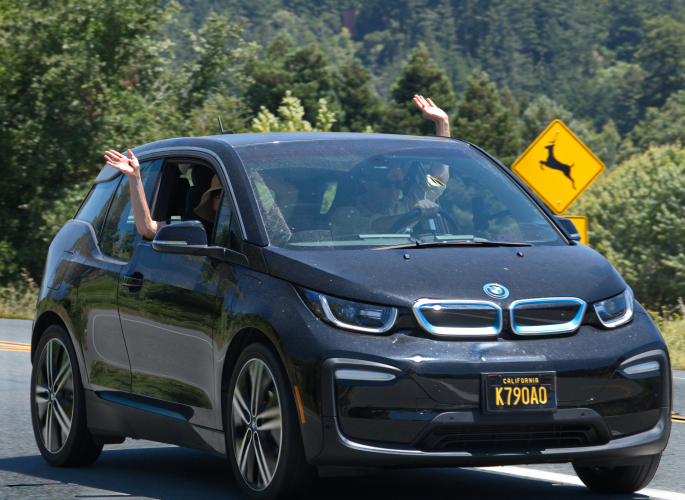 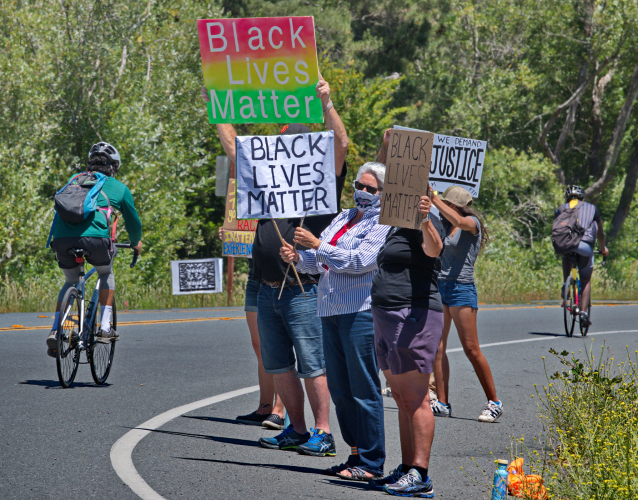 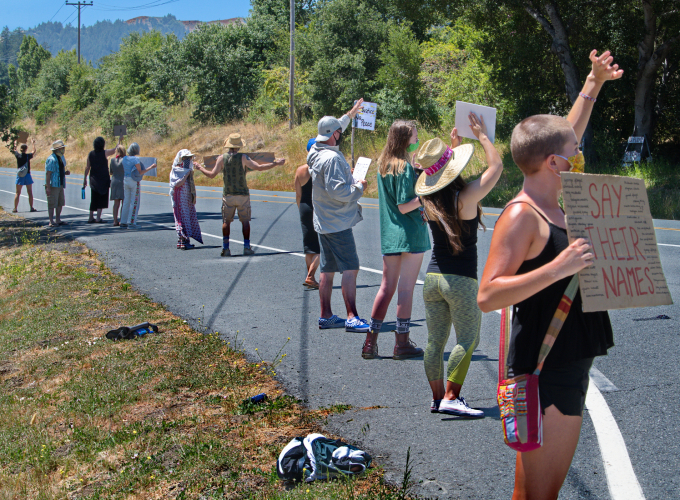 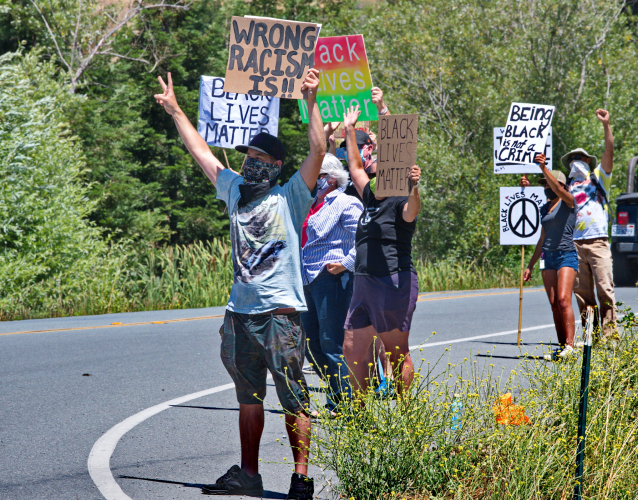 original image (1788x1400)
Add Your Comments
Support Independent Media
We are 100% volunteer and depend on your participation to sustain our efforts!