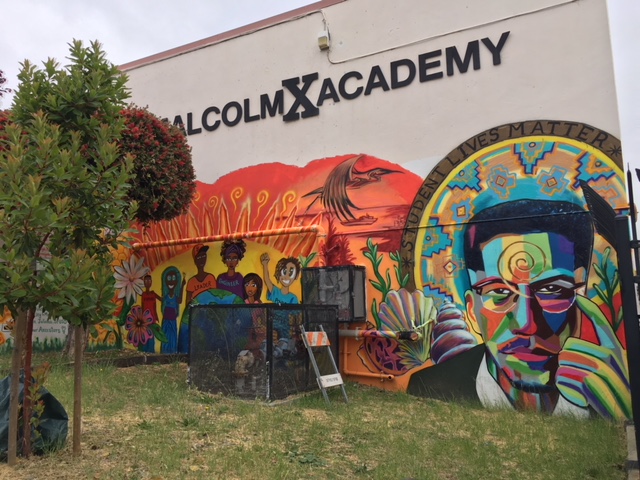 Billionaire GAP owner Doris Fisher, the mother of A's owner John Fisher is suing the San Francisco Unified School District to take more classes at the Malcom X Academy in Hunters Point Bayview. The plan to grab class room space at the Malcom X Academy is another racist attack on public education and further union busting and privatization by the Fisher family. They profiteer off the privatization of land and the destruction of public education.
https://www.juneteenthspt.com
§ILWU Is Fight Billionaire A's Owner John Fisher's Privatization Of Port
by Committee To Stop Police Terror and Systemic
Wednesday Jul 1st, 2020 11:22 AM 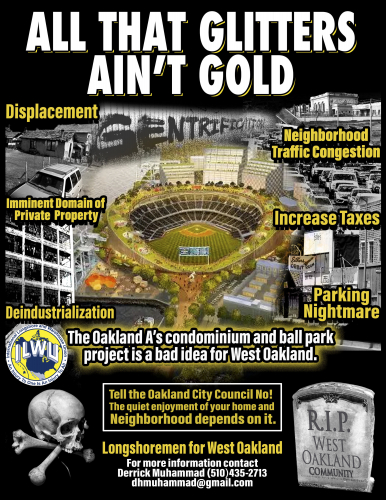 original image (5312x6875)
The ILWU along with all maritime labor is fighting billionaire GAP &. A's Owner John Fisher who wants to privatize the Howard Terminal in the Port of Oakland to build a stadium, thousands of. million dollar condos and a hotel. This would destroy thousands of union maritime jobs at the Port of Oakland to create more profits for John Fisher.
https://www.juneteenthspt.com
Add Your Comments
Support Independent Media
We are 100% volunteer and depend on your participation to sustain our efforts!