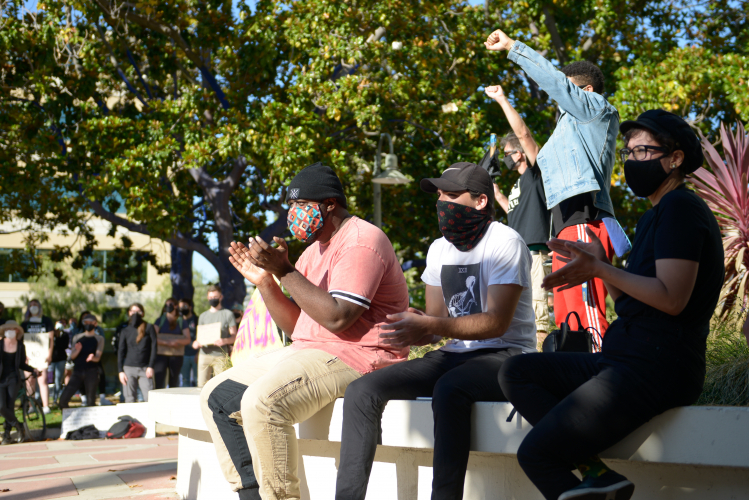 Everyone was prepared to march on Facebook headquarters in Menlo Park when they gathered for a rally in downtown Palo Alto at City Hall. Some people even brought signs critical of the social media company including one that read "Facebook Clean Up Your Act."

People who live in the Belle Have section of Menlo Park, along with nearby East Palo Alto residents, have plenty to be mad at Facebook about. When the social media giant signed up to pay $11.1 million over five years for a new substation's cop salaries, the writing was on the wall. Residents say that racial profiling and police harassment increased with more police on the Menlo Park force.

But after gathering on June 25 at Palo Alto City Hall, protestors found the demonstration organizers led them on a different route. The group of hundreds marched to the Menlo Park Police Station for a surprise appearance. It is there that they met their nemesis. Although Facebook remains on their list of bad actors. 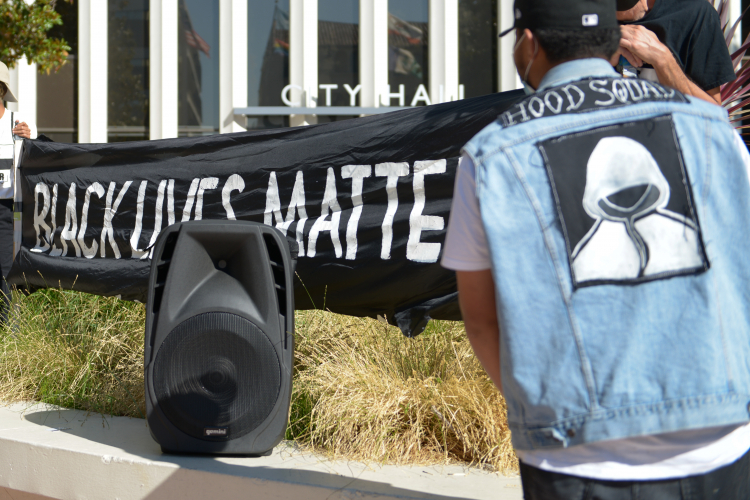 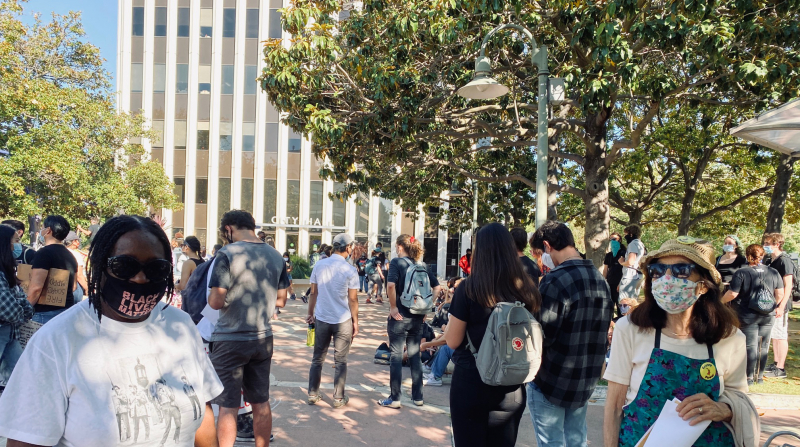 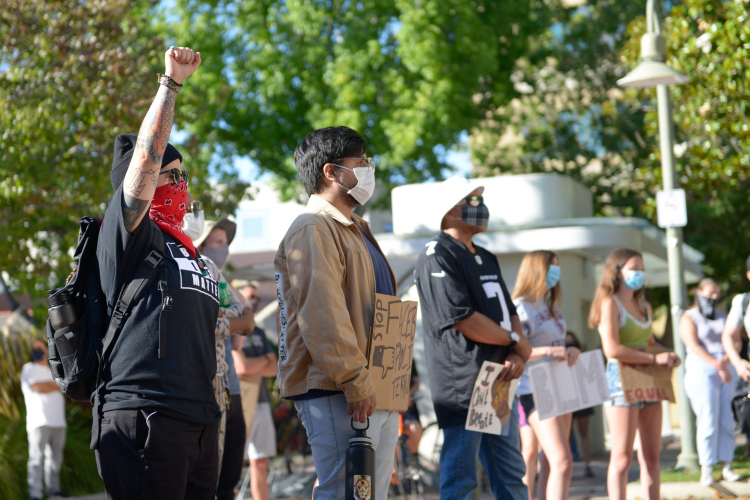 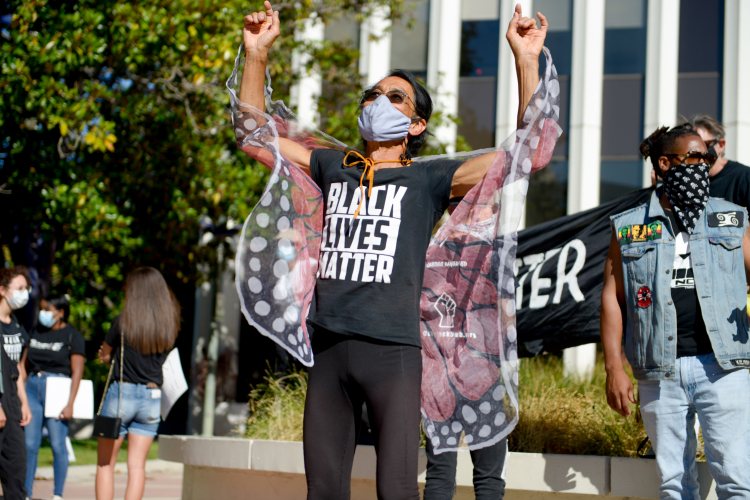 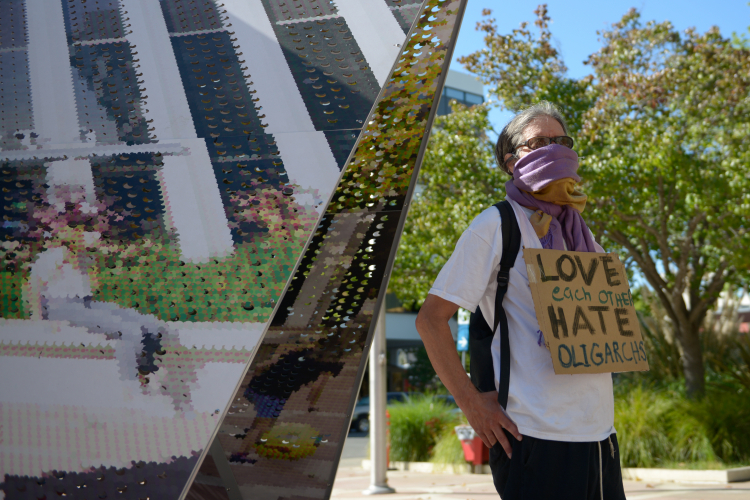 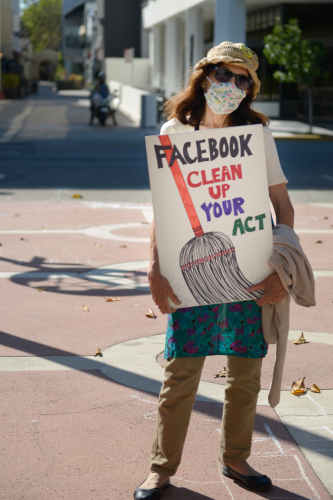 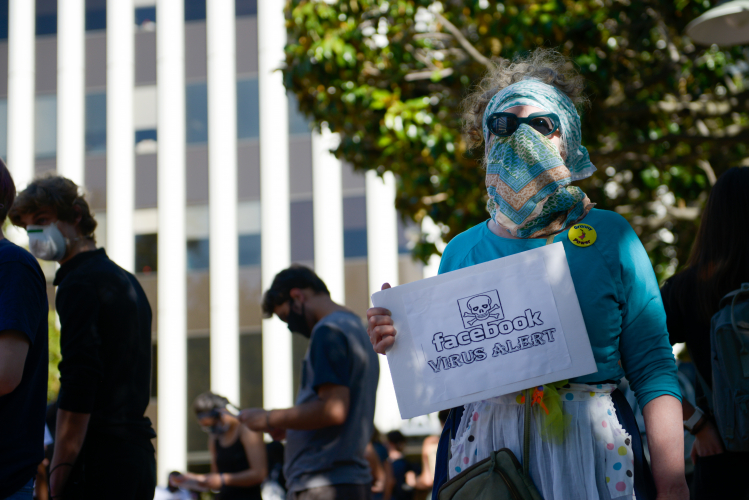 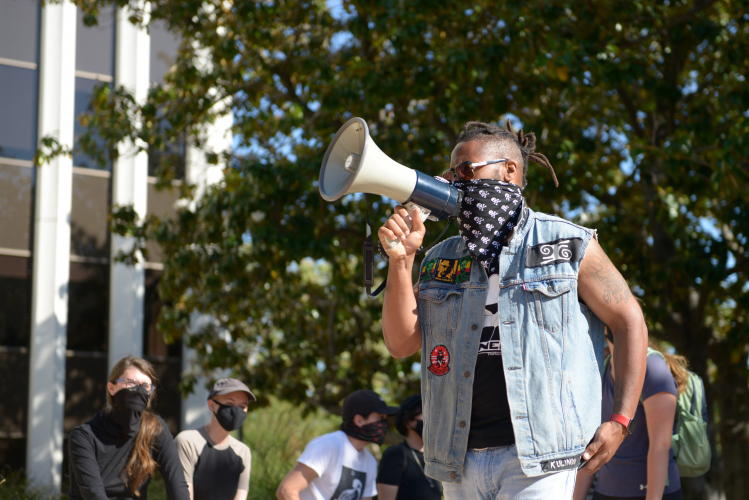 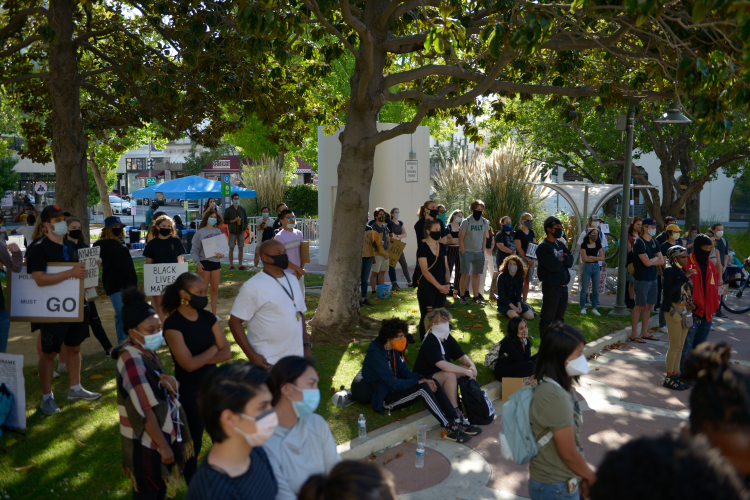 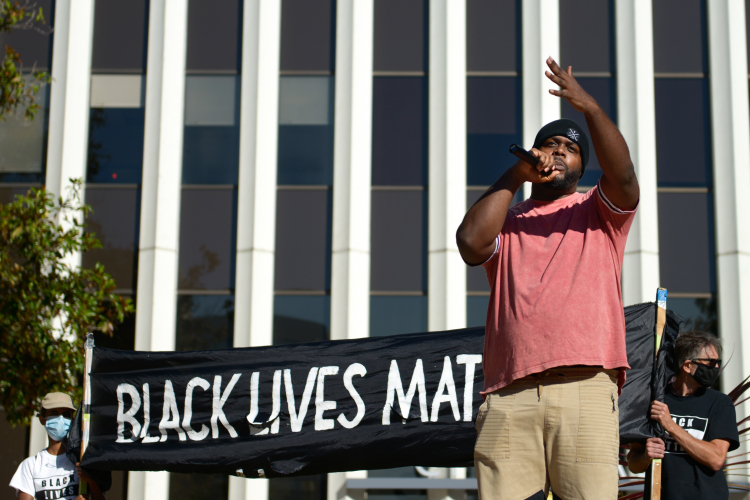 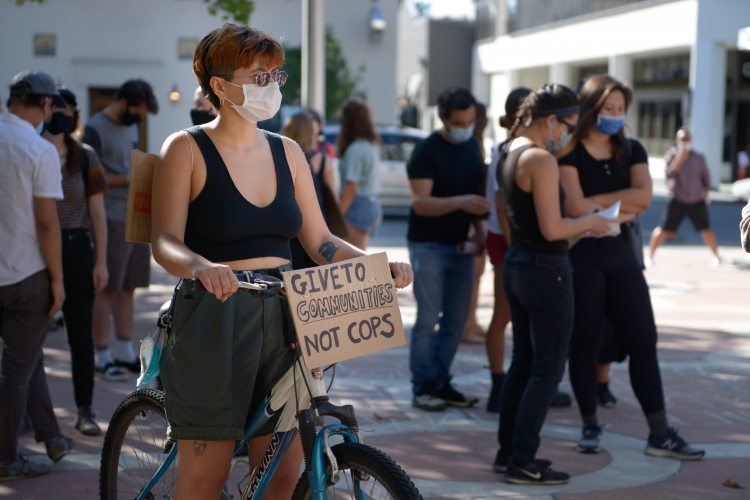 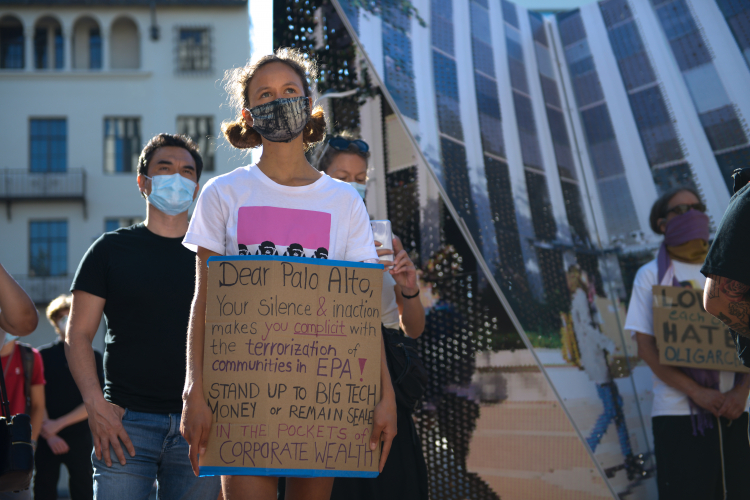 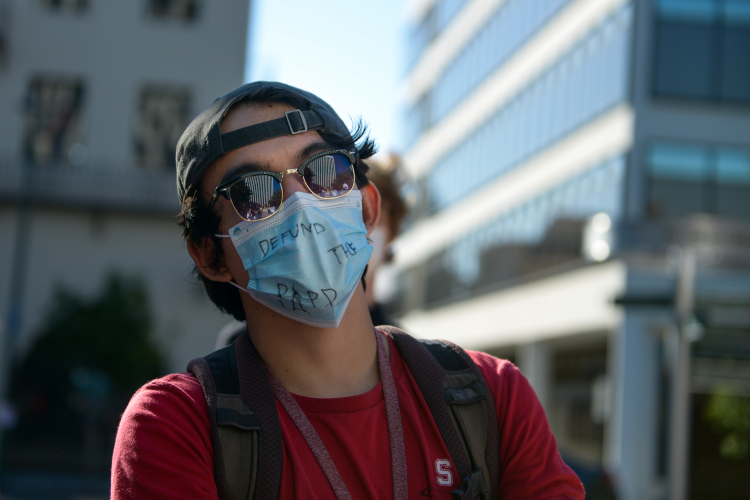 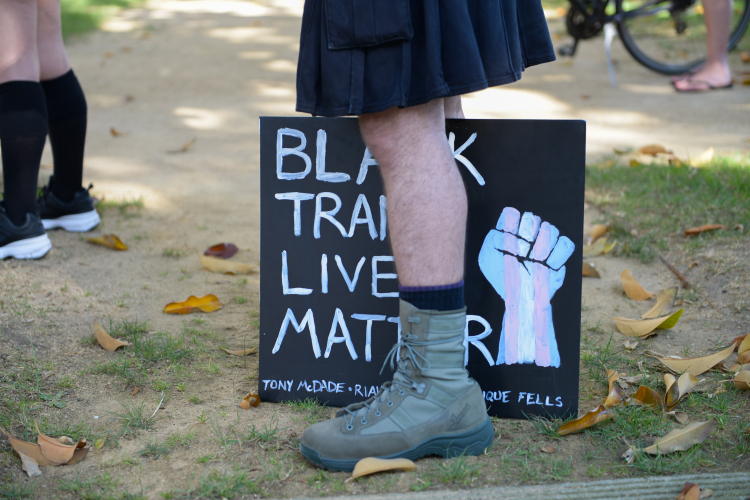 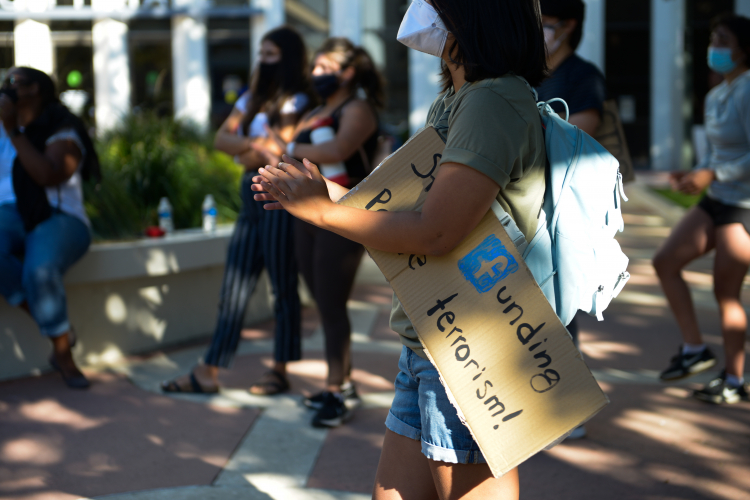 original image (5520x3680)
Add Your Comments
Support Independent Media
We are 100% volunteer and depend on your participation to sustain our efforts!