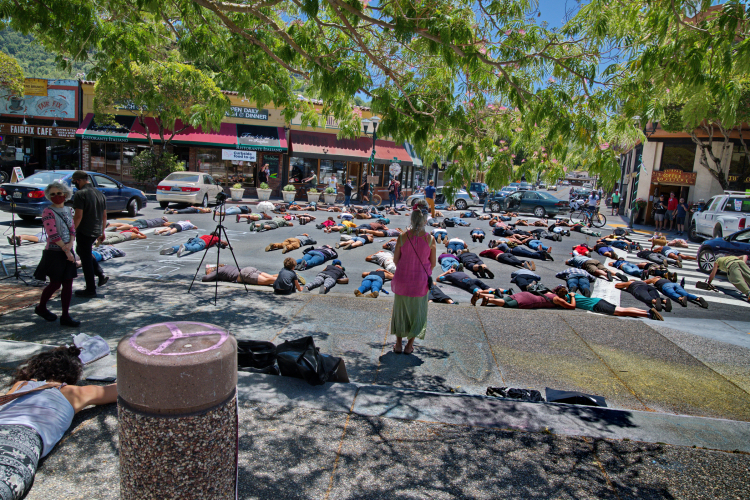 On Sunday, June 28, the Black Lives Matters movement came to Marin County's small, very white, town of Fairfax. The theme was "Rethink Public Safety". Over 150 protesters, including the town's Mayor, met in the town's central parkade. Speeches acknowledged the town's lack of diversity and that the town had to be part of the movement. There were demands for less police and more social services.

People formed (socially distanced) conversation groups and addressed specific racial issues. Cars then arrived at the town's central intersection from three directions and placed themselves across the road to block traffic. Demonstrators, including the town's mayor, rushed into the street and placed themselves on the pavement, face down, for eight minutes and forty six seconds.

As one of the organizers had noted, "you will be uncomfortable." 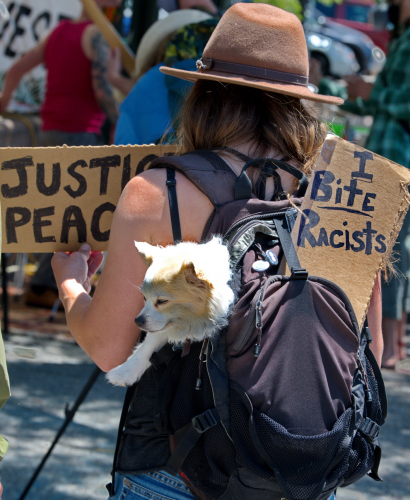 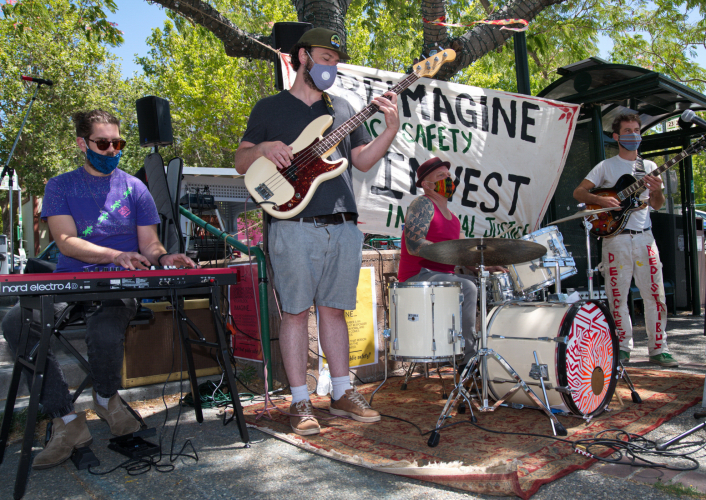 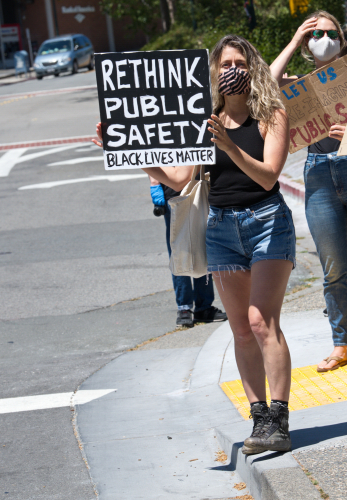 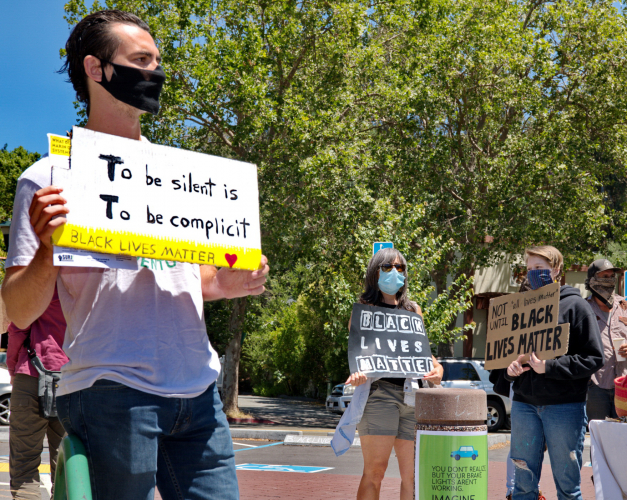 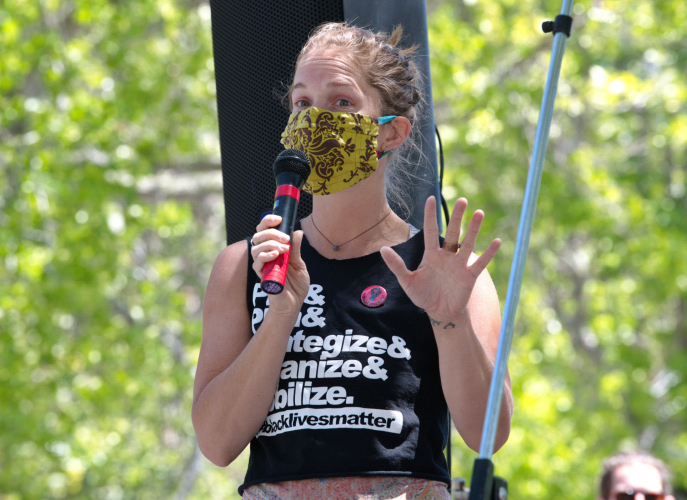 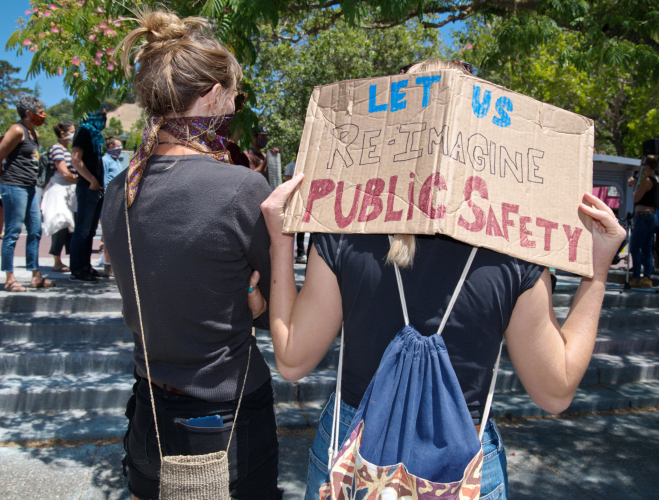 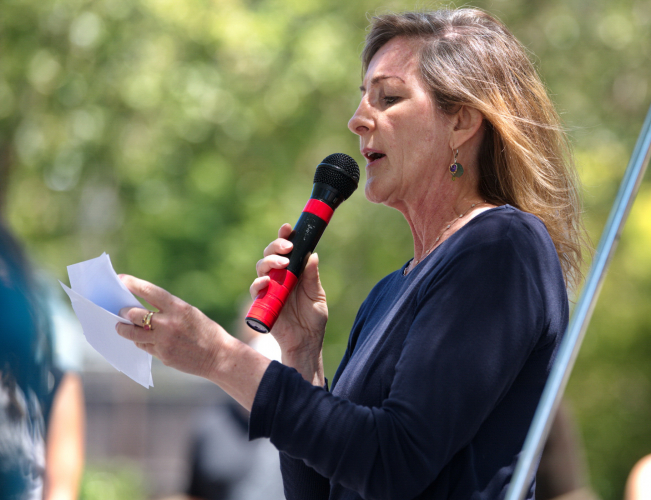 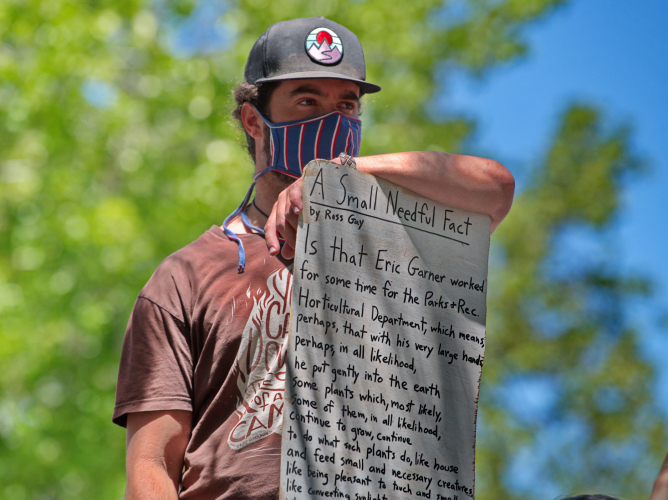 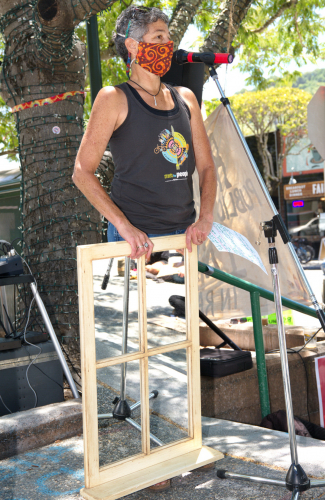 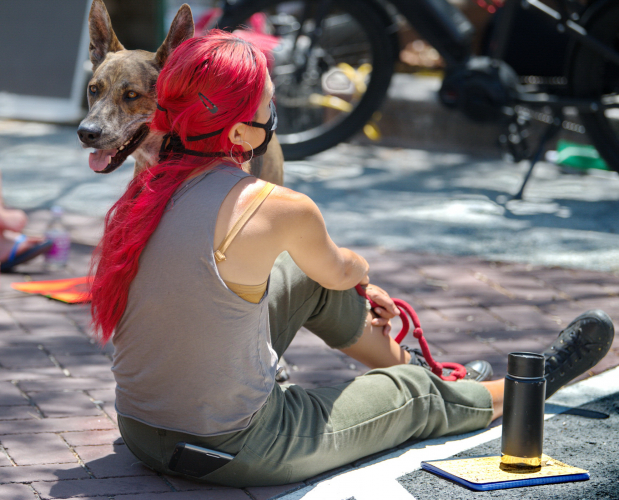 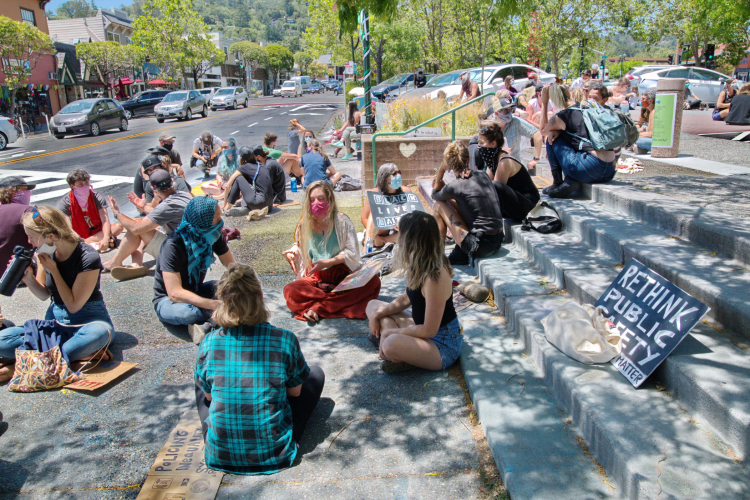 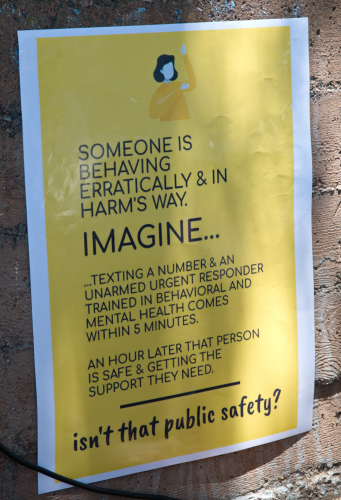 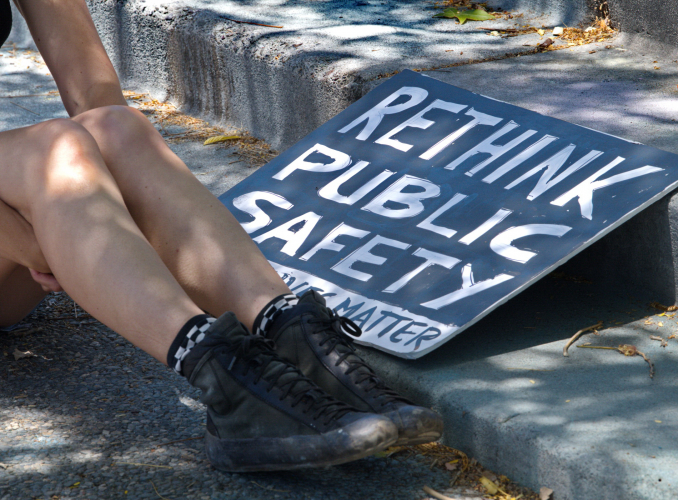 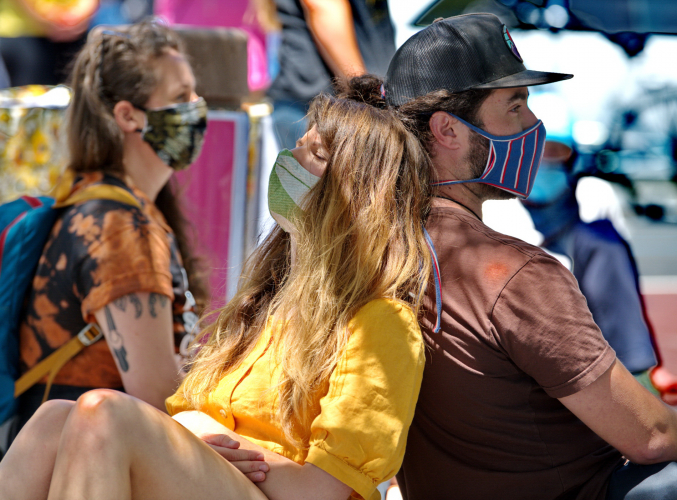 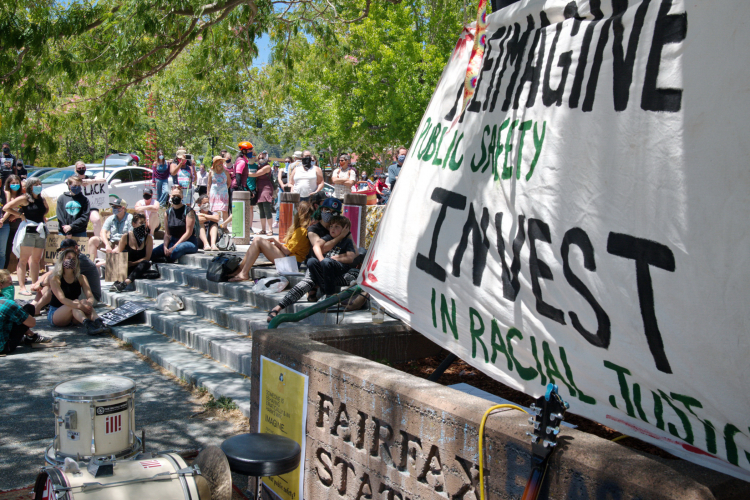 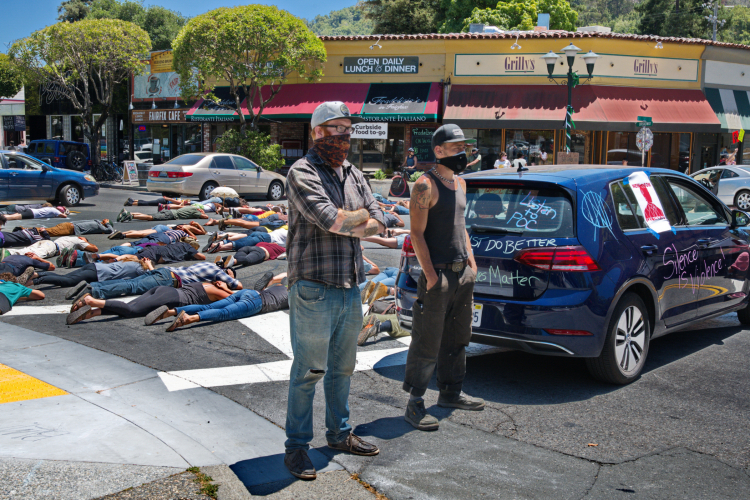 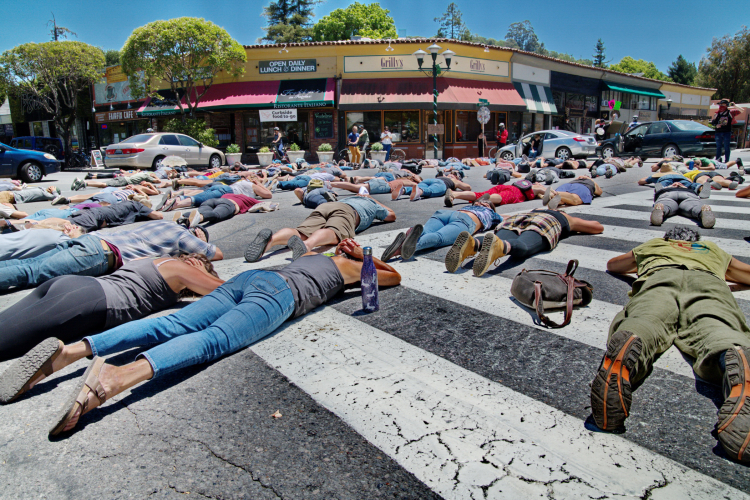 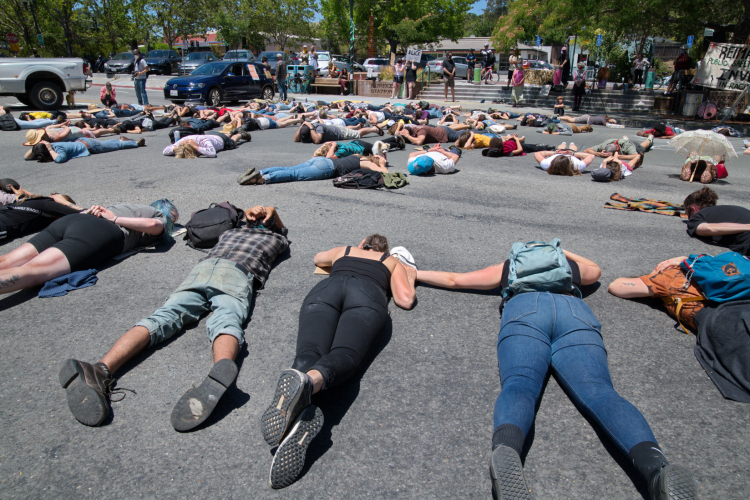