Add an Event
Newswire
Calendar
Features
Home
Donate
From the Open-Publishing Calendar
From the Open-Publishing Newswire
Indybay Feature
Related Categories: East Bay | Police State & Prisons
Berkeley H.S. Students Lead their Fifth Racial Justice Protest, "Say Her Name"
by Rest in Power
Monday Jun 29th, 2020 12:50 AM
Berkeley High School student organizers said their Say Her Name demonstration was held “in recognition of all the identities that have been neglected in the fight against police brutality and systemic racism.” 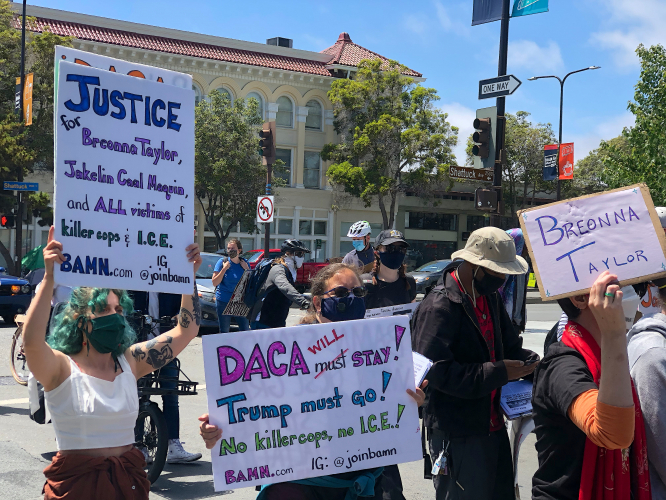 Protesters at Berkeley's Say Her Name demonstration got together in front of Berkeley High in the early afternoon of June 27. Photographer Nancy Rubin walked with them as far as Shattuck Avenue and Dwight Way, where the protesters sat in the intersection and held a long silence... 8 minutes and 46 seconds, the length of time that Minneapolis police officer Derek Chauvin pressed his knee into the neck of George Floyd.

Members of BAMN, By Any Means Necessary, marched alongside high school students, families, and other community members.

According to Berkeleyside.com, this makes the fifth significant racial justice protest led by Berkeley High students since George Floyd's murder on May 25, which caused a national uprising and surge of protests throughout the United States.
§Gathering in front of Berkeley High
by Rest in Power
Monday Jun 29th, 2020 12:50 AM 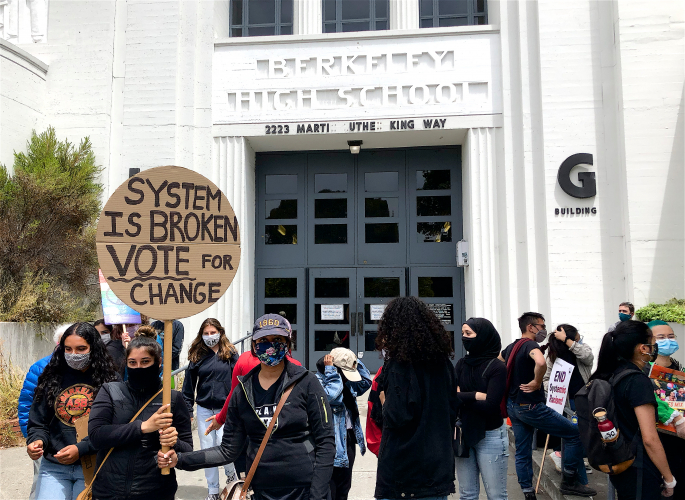 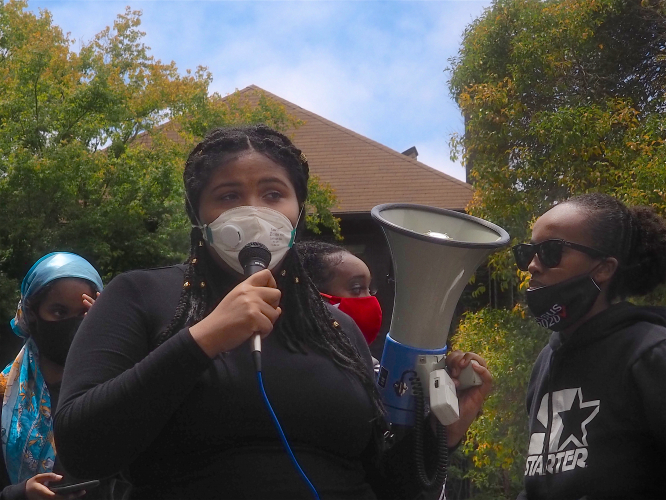 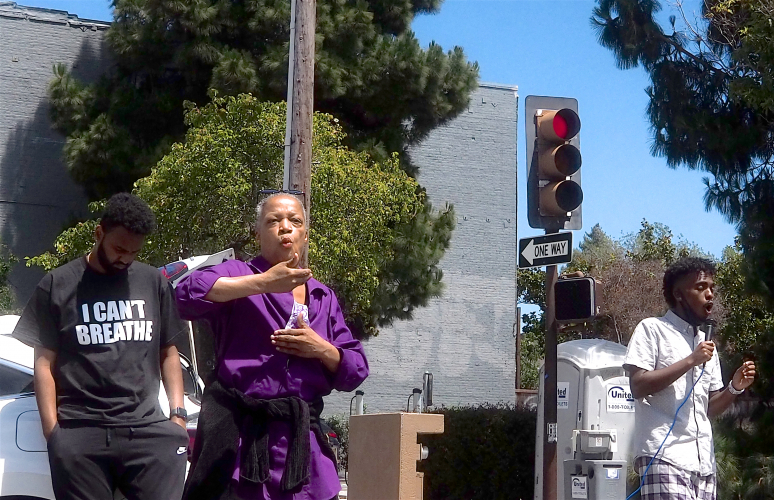 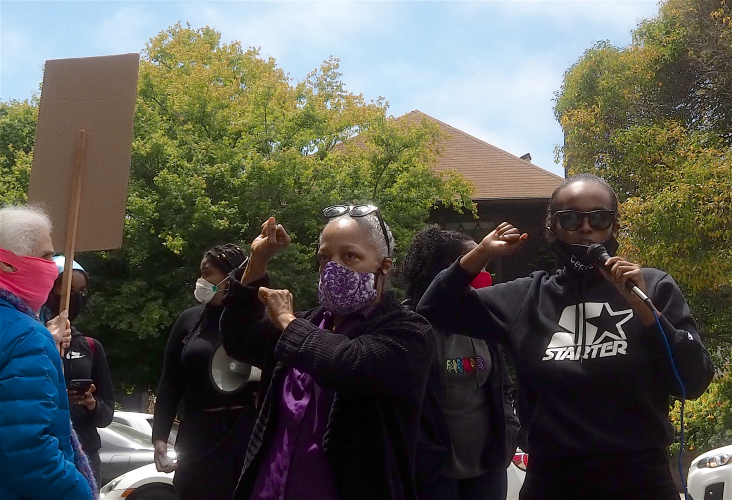 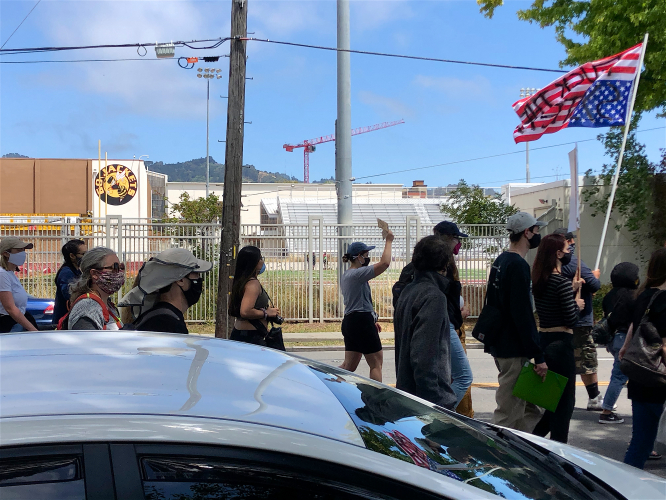 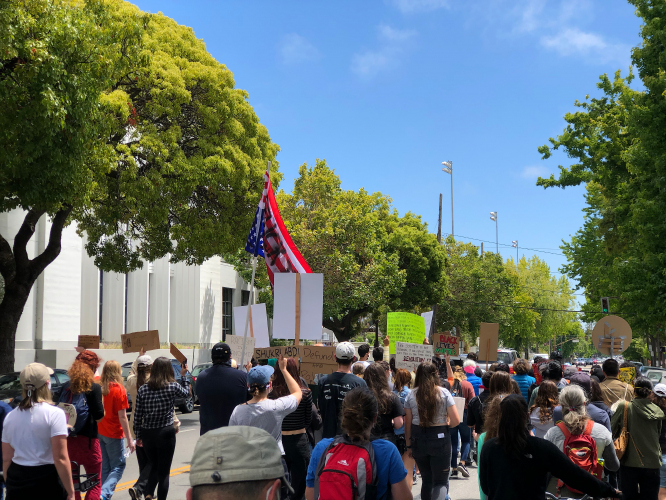 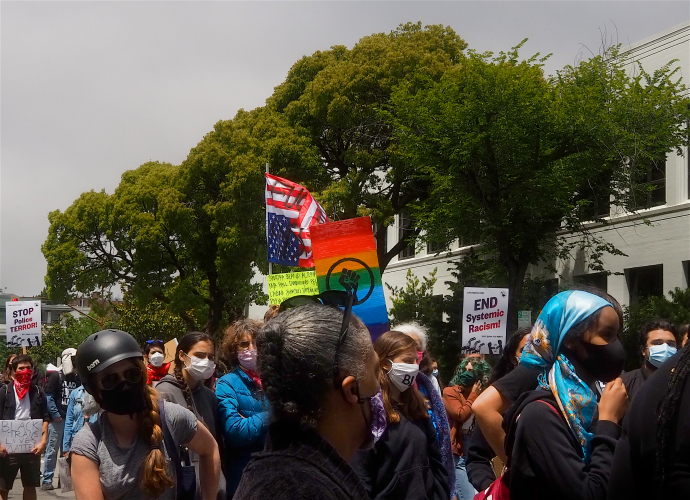 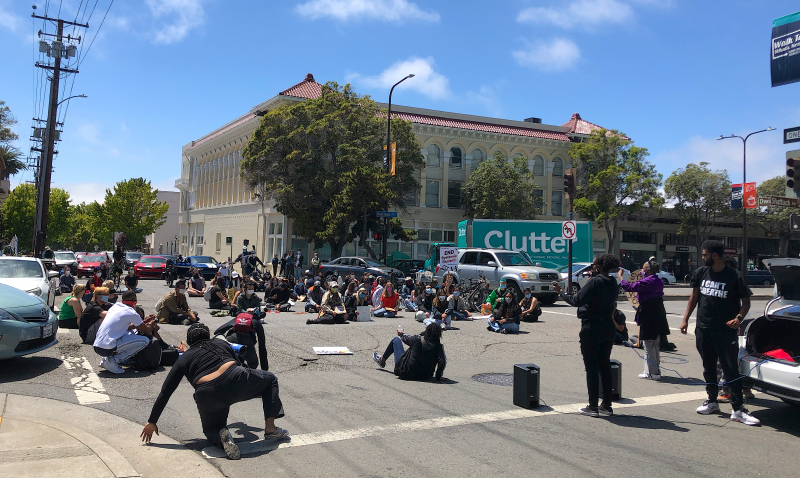 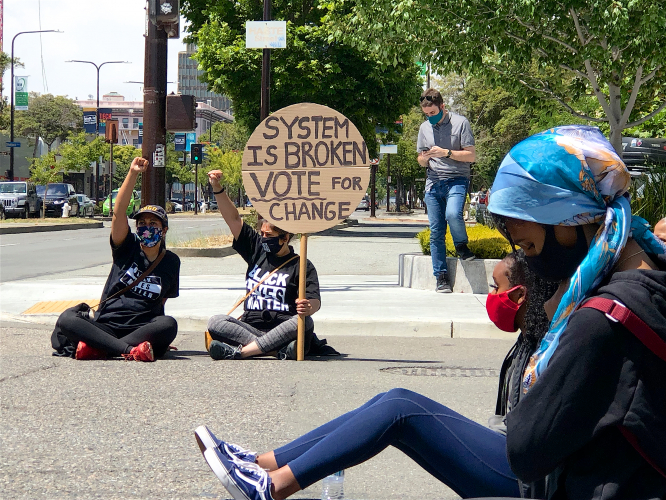 original image (3899x2925)
Add Your Comments
Support Independent Media
We are 100% volunteer and depend on your participation to sustain our efforts!