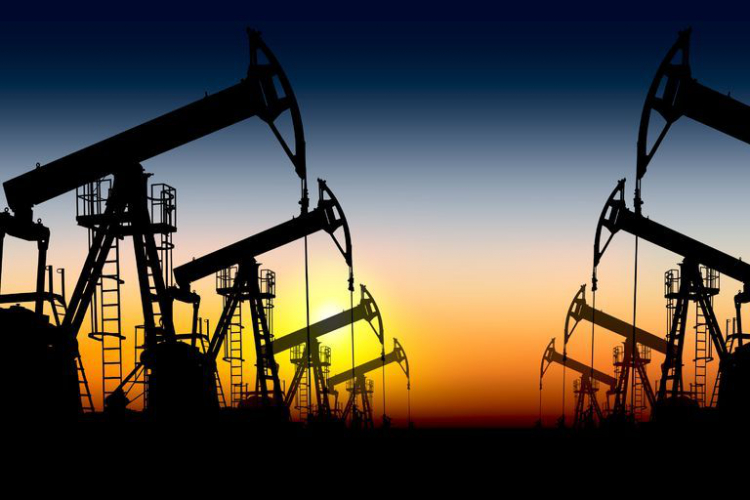 original image (768x512)
SACRAMENTO — While California continues to be portrayed as a “green” and “progressive” state by state officials and the mainstream media, the reality is much different, as I have revealed in hundreds of articles exposing the state’s environmentally unjust fossil fuel and water policies.

California Governor Gavin Newsom’s oil and gas regulators continue to approve new oil drilling and fracking permits in California, in spite of an outcry by environmental justice and public trust advocates during the midst of a global pandemic as oil prices have gone up to $35 per barrel.

This brings to 36 the number of fracking permits issued since Governor Newsom lifted his pause on fracking, all issued during an unprecedented global pandemic. A backlog of 270 fracking permits remains to be reviewed by third-party contractor the Lawrence Livermore National Lab.

Many Californians, including Food & Water Action California Director Alexandra Nagy, are calling for an end to all new oil and gas drilling as COVID 19 cases rise around the country and people march and rally throughout the world for Black Lives Matter and an end to the epidemic of police murders.

In a statement, Nagy said:

“Governor Newsom is further retreating from his campaign promises by quietly and shamefully approving new fracking - in the middle of a pandemic, and when he thought no one was paying attention. Newsom is proving to be another lapdog of the polluting oil industry, just like his predecessor Jerry Brown,

“Fracking poisons the air we breathe and the water we drink, making the permitting of this practice even more reprehensible during a global pandemic. If Newsom wants to be the health and environmental leader he so often claims to be, he needs to halt new fracking now, and begin immediately ramping down fossil fuel extraction in this state - period. Governor Newsom needs to think about the future generations, think of his own children and the world he wants to leave behind and ban fracking now.

Fracking accounts for a significant portion of oil production in California — about 20 percent over the last decade. While campaigning for governor, Gavin Newsom wrote an article pledging to oppose fracking, apparently setting himself up to finally take on the oil industry after years of disastrous inaction from Governor Brown. The opposite has proven true, and shockingly, the oil industry has managed to win Newsom’s loyalty to their profits over public health.

Compared to the initial twenty-four permits Newsom’s administration approved in March 2020 since requiring third-party review, no government or regulatory official contacted key stakeholders, environmental groups or community leaders about the twelve new fracking permits. Likewise, unlike the last time, the press was not notified of the new permits.

Many legal experts contend that these fracking permits, like those issued earlier in the year, are illegal because they were approved based on an Environmental Impact Report that was thrown out by the California Fifth District Court of Appeals. The appellate court ruled to reverse the oil and gas ordinance and EIR as well as hold off on any future issuance of permits, yet Newsom’s CalGEM continues to issue permits under this illegal report.”

Nagy emphasized, “Newson is not showing up for racial justice on climate and environment. There are already communities that are overburdened with oil drilling — and they are being green lighted for more poisoning. Add to this the fact this is happening in a pandemic where air and water quality are the two things we need the most.”

The number of oil permits issued under Newsom since he took office in January 2019 now totals 6,168. The permit numbers and locations are posted and updated on an interactive map at the website: NewsomWellWatch.com

The dramatic impact of oil drilling on public health was exposed in a state-funded study documenting the increased health risks to babies born to mothers living within one kilometer of an oil or gas well. The new study by the California Air Resources Board, published on June 3, 2020, found that pregnant women who lived in rural locations within 1 kilometer (0.62 miles) of active oil and gas wells in the state were 40% more likely to have babies with low birth weight than those not near active wells.

The researchers at Berkeley’s School of Public Health also found that pregnant mothers living in rural locations within .62 miles of the highest-producing oil wells were also 20% more likely to have babies small for their gestational ages than people living further away. More than 5.4 million Californians live within one mile of a well.

“Such babies face higher risks of developmental and health problems throughout their lives and the communities affected are predominantly low-income communities of color with a long legacy of extractive and polluting industries,” said Liza Tucker, consumer advocate for Consumer Watchdog. “They deserve environmental justice and what that means is instituting a barrier of at least 2,500 feet between people and oil production. Governor Newsom must also ban the issuing of any new oil permits to operate within that limit anywhere in the state.”

“Proximity to higher production OGD in California was associated with adverse birth outcomes among mothers residing in rural areas. Future studies are needed to confirm our findings in other populations and improve exposure assessment measures,” the study concluded. https://doi.org/10.1289/EHP5842

The authors of the study, Residential Proximity to Oil and Gas Development and Birth Outcomes in California: A Retrospective Cohort Study of 2006–2015 Births, are Kathy V. Tran, Joan A. Casey, Lara J. Cushing, and Rachel Morello-Frosch

Big Oil controls the regulators from top to bottom

Why has Big Oil been able to get what it wants in California during the midst of the coronavirus pandemic? Here’s why: Despite California’s “green” facade, California is a major oil drilling state and the oil industry is its largest and powerful corporate lobby.

During the first quarter of 2020, at the same time that the Newsom Administration approved 1,623 new permits, the Western States Petroleum Association (WSPA), spent $1,089,702 lobbying state officials.

Other big spenders on lobbying in the first quarter of 2020 include Aera Energy, formed in June 1997 and jointly owned by affiliates of Shell and ExxonMobil, with $290,826, and the California Resources Corporation, with $213,489.

You can expect the lobbying spending by WSPA, Chevron and the oil industry to increase even more now that the California Legislature is back in session.

But lobbying is just one of the methods that Big Oil uses in California to exercise inordinate influence over California regulators. WSPA and Big Oil wield their power in 6 major ways: through (1) lobbying; (2) campaign spending; (3) serving on and putting shills on regulatory panels; (4) creating Astroturf groups: (5) working in collaboration with media; and (6) contributing to non profit organizations. For more information, read: http://www.counterpunch.org/…

For example, Catherine Reheis-Boyd, the President of the Western States Petroleum Association and a proponent of new offshore drilling in state waters, served as the Chair of the privately funded Marine Life Protection Act (MLPA) Initiative Blue Ribbon Task Force to create so-called “marine protected areas” in Southern California from 2009 to 2012. She also served on the MLPA Task Forces to create “marine protected areas” on the Central Coast, North Central Coast and North Coast. During this time, her husband, James Boyd, served as Vice-Chair of the California Energy Commission.
Add Your Comments
Support Independent Media
We are 100% volunteer and depend on your participation to sustain our efforts!