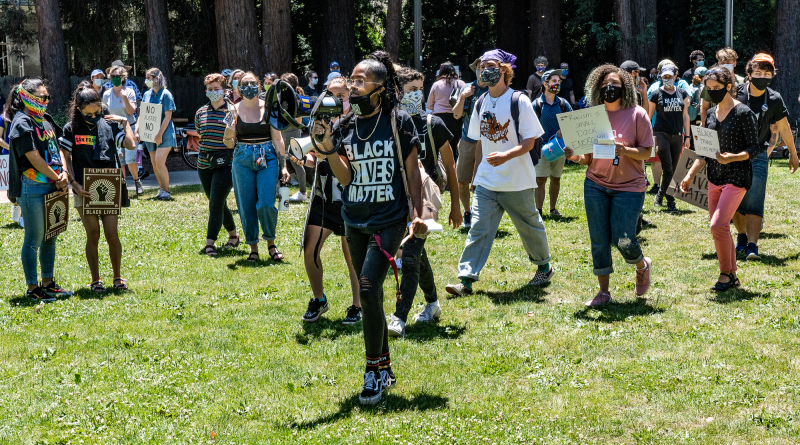 original image (2000x1113)
On June 24 starting at noon, activists and community members gathered for a rally at Fremont Park located in Menlo Park on the San Francisco Peninsula.

High school student and organizer Henry Shane said the event was a chance for the local community, and specifically the LGBTQ+ community, to stand with the Black Lives Matter movement. "We aimed to draw attention to two important aspects of the BLM movement--black trans lives matter and black queer lives matter," he stated.

Residents of East Palo Alto, Redwood City, Menlo Park and Palo Alto began arriving before the noon hour and some came from San Francisco as well.

Speakers from groups including Tha Hood Squad, Justice Vanguard and high school Black Student Unions spoke about the need to expand the global conversation around Black lives to include Black transgender and gender-nonconforming people.

After about 30 minutes, protesters to the street of Santa Cruz Ave. then turned south on El Camino Real where they stopped all traffic on the southbound lane until reaching Middle Ave. They then turned back toward Fremont Park via University Ave, continuing their march, filling the roadway.

Menlo Park undercover police were not well disguised as they shot photos of protesters. One demonstrator called one out when the officer shot photos of his underage daughter. The father challenged the cop and forced him to delete the photos.
§Students
by Community Rising
Saturday Jun 27th, 2020 2:52 PM 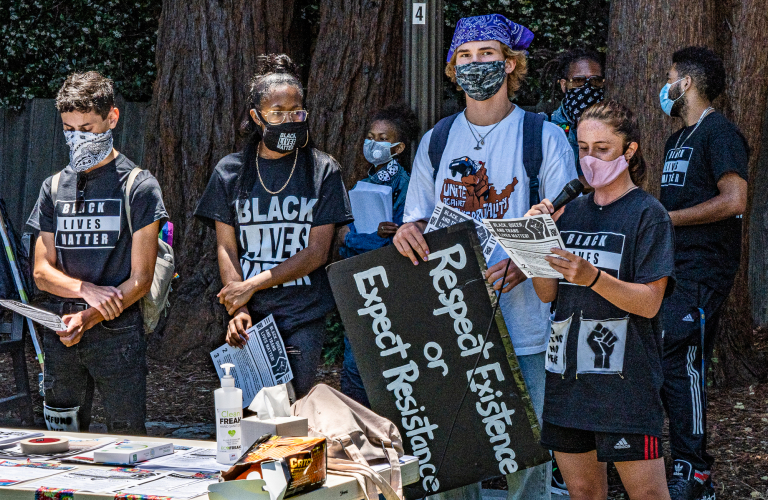 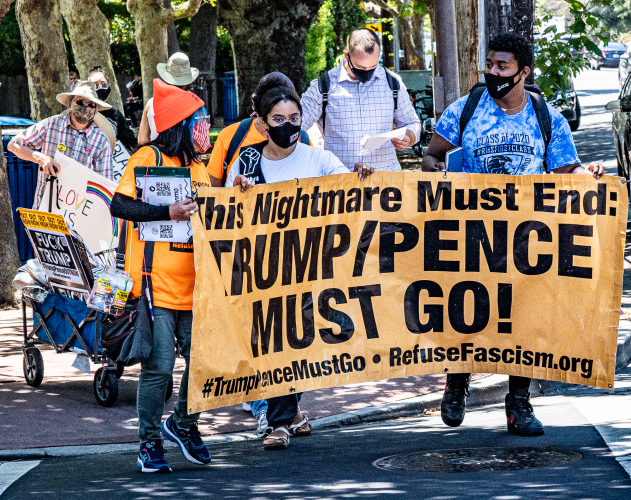 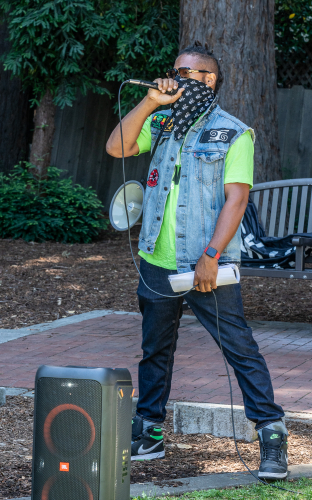 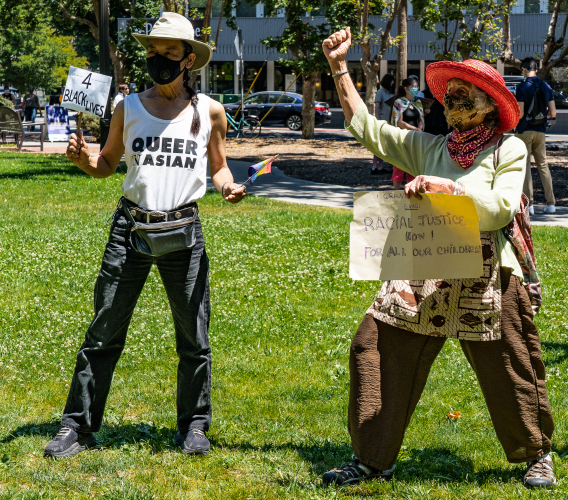 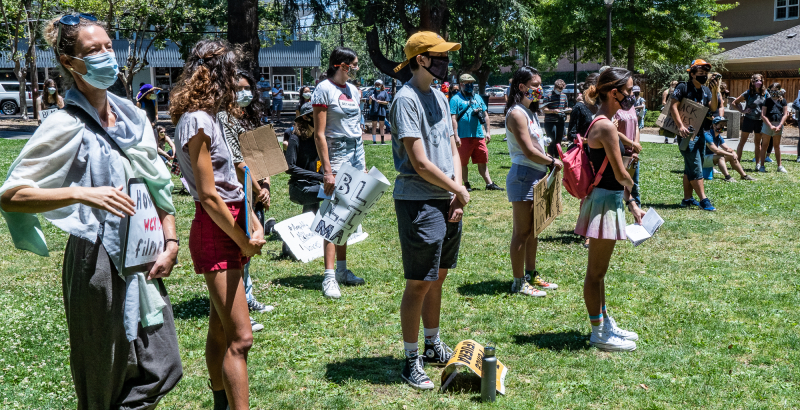 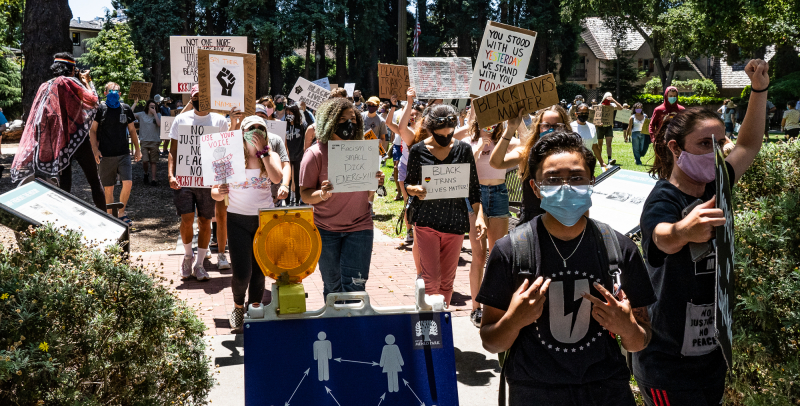 original image (2000x1017)
Add Your Comments
Support Independent Media
We are 100% volunteer and depend on your participation to sustain our efforts!