Add an Event
Newswire
Calendar
Features
Home
Donate
From the Open-Publishing Calendar
From the Open-Publishing Newswire
Indybay Feature
Related Categories: San Francisco | Education & Student Activism
Open Letter To CCSF BOT Pres. Shanell Williams & Bd: Do You Know Who Dr. Rajen Vurdien Is?
by Students For Accountability
Thursday Jun 25th, 2020 11:09 AM
San Francisco Community College Board of Trustees President Shanell Williams and her Board have hired a new interim Chancellor Dr. Rajen Vurdien from the same Community College that corrupt former CCSF Chancellor came from Pasadena Community College. He had a record of discrimination against African America staff at the college and was condemned by the NAACP for his actions. 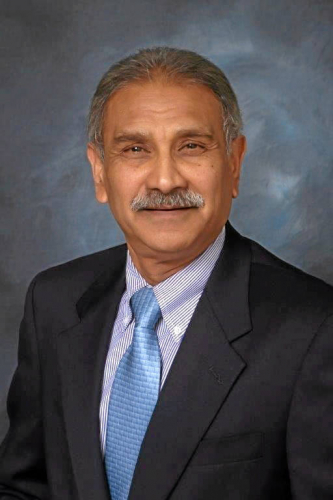 Open Letter To CCSF Board Of Trustees President Shanell Williams & Board: Do You Know Who President Dr. Rajen Vurdien Is & His Record At Pasadena City College & Why Are You Hiring Him?

"Terms of the contract being offered to Dr. Vurdien include a salary of $340,000 plus benefits for one year and up to $10,000 to reimburse him for moving costs."

I would hope that before you approve of the contract* to hire Dr. Vurdien as CCSF’s interim chancellor that you verify the accuracy of two articles cited below.

One accuses him of discriminatory hiring practices. The other concerns his being fined for violating Government Code Section 87207 for not disclosing gifts from a company that sells bonds while he was president of North Orange County Community College District.

If either or both of the articles are accurate, please inform the college community what you plan to do.

Excerpts from two articles are below.

August 2015, under President Dr. Rajen Vurdien, 36 new employees were hired and not a single one was African American. At the time, Black Student enrollment represented 6% of the PCC Student Body (Source: California’s Chancellor’s Office)

Allen Edson, Pasadena NAACP President, and his predecessor, Del Yarbrough received numerous inquiries to the revered civil rights organization by black employees, yet they have been told over the course of the past five years by various PCC presidents, administrators and Trustees that they were “looking into the matter.”

The lack of respect showcased in the five plus years “looking exercise,” has resulted in no investigations nor corrected behavior by the Aspen award winning institution.

Over the years various local media including the campus newspaper, The Courier have also investigated and raised concerns about discrimination at PCC.

Black employees’ concerns are valid, yet they have been placed on the proverbial back burner, which has a compounding negative effect when ignored, of stress & income inequality as they juggle the lack of upward mobility and not getting a fair share of promotions.

“PCC has not arrived in the 21st century. It has stuck with discriminatory employment practices that most of us assumed had ended long ago. The invidious discrimination at PCC is not limited to an isolated incident - it exists across the board - at an institution that is fundamentally important to our City and society. I am outraged to learn that such discrimination still exists in the hiring and promotion process at PCC.

According to the Sacramento Bee one of the bond advisers named in giving gifts to the seven NOCCCD officials is E.J. De La Rosa & Co., Inc , which has underwritten 375 bonds totaling $14.5 Billion for local governments since 2009.

Below is the stipulation and order by the FPPC for the seven NOCCCD officials due to gift reporting violations:


*FYI: terms of the contract being offered to Dr. Vurdien include a salary of $340,000 plus benefits for one year and up to $10,000 to reimburse him for moving costs.


Pasadena Commmunity College Students protest cuts at Pasadena City College by Mark Rocha Who Was Hired By CCSF Shanell Williams & BOT and given over $400,000 in a pay. off to go away because of his wrecking operation.
https://www.youtube.com/watch?v=A4jFkA8yWFs

A rally was held on June 22, 2020 at San Francisco Community College Ft. Mason campus which has been shut down by the Board of Trustees with the pretext that it was costing too much money to run.

Speakers discussed the fact that the Community College was actually getting funding from the state for the classes and functioning of the college.

Speakers also reported on the destruction of elderly classes, vocational classes and the cutting of classes for Black and ethnic studies.

This event was sponsored by a variety of students and public education advocates including Fort Mason Task Force, Restore the Dream, CCSF Collective, HEAT, San Francisco Bayview Newspaper, SF Gray Panthers and others. 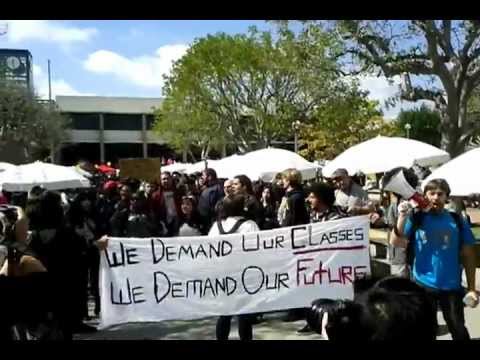 Shanell Williams who is the president of the San Francisco Community College Board has again reached out to Pasadena Community College to recruit Dr. Rajen Vurdien who has a record of discrimination against African Americans in the staffing. The NAACP formally complained. Apparently Williams either is unaware of his record or is taking her directions from the same corrupt people who brought Mark Rocha to CCSF. The systemic corruption at CCSF by the top management with the collusion of Williams and the BOT is destroying CCSF.
https://www.youtube.com/watch?v=A4jFkA8yWFs
§Rocha Downsizing Of CCSF Backed By Shanell Williams & BOT
by Students For Accountability
Thursday Jun 25th, 2020 11:09 AM 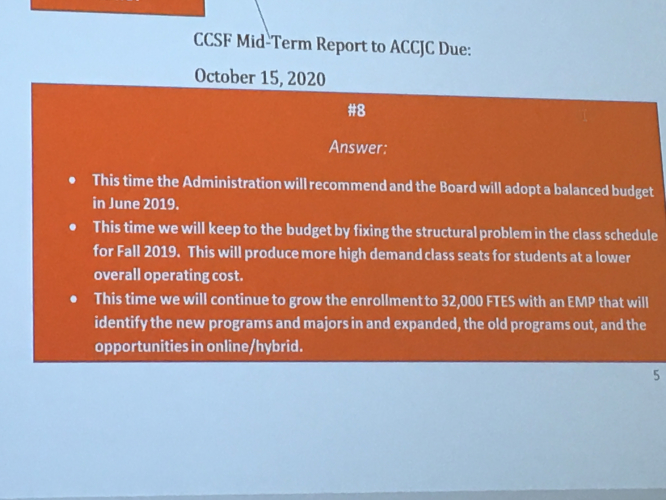 original image (4032x3024)
The organized downsizing and demolishment of campuses at CCSF was led by former Chancellor Mark Rocha and backed unanimously by CCSF Board President Shanell Williams and the BOT.
https://www.youtube.com/watch?v=A4jFkA8yWFs
§Mark Rocha $400,000 Retirement Deal
by Students For Accountability
Thursday Jun 25th, 2020 11:09 AM 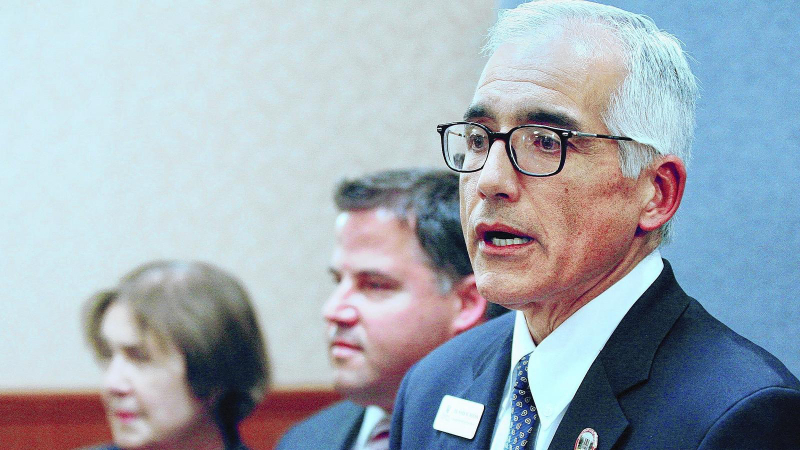 original image (1600x900)
While CCSF Board President Shanell Williams and her board made a secret agreement to pay over $400,000 payoff to make Mark Rocha go away they are demolishing the Fort Mason campus of City College with the pretext that it costs too much.
https://www.youtube.com/watch?v=A4jFkA8yWFs
§Climbing For More Power While Destroying CCSF
by Students For Accountability
Thursday Jun 25th, 2020 11:09 AM 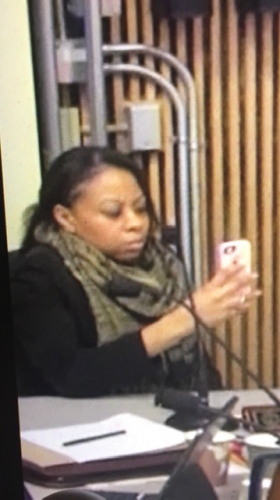 original image (359x640)
While CCSF Board President wants more political power she is supporting the hiring of a new $400,000 a year interim chancellor
Dr. Rajen Vurdien who has a record of discrimination at Pasadena Community College. Why is Williams and the board going back to Pasadena Community College for an executive when their last hire Mark Rocha helped wreck and downsize CCSF? Their new chancellor also has
https://www.youtube.com/watch?v=A4jFkA8yWFs
§CCSF Board President Supported $400,000 Pay Off Rocha
by Students For Accountability
Thursday Jun 25th, 2020 11:09 AM 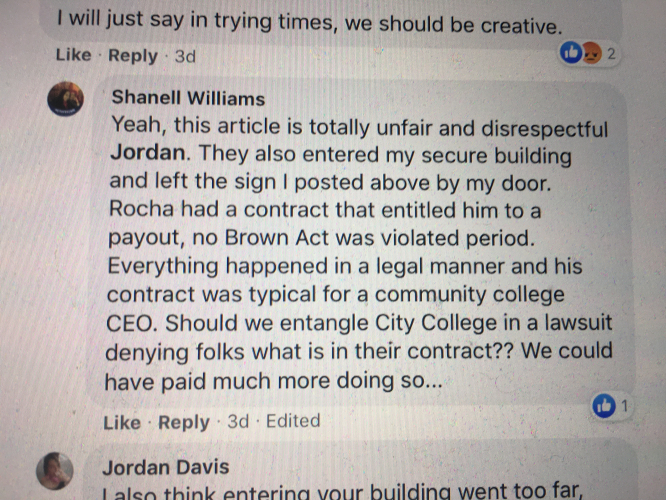 original image (4032x3024)
CCSF Board President Shanell Williams supported paying over $400,000 to Mark Rocha to go away. They did this illegally violating the Brown Act. The flagrant violation of the Brown Act and CCSF rules for transparency is another example of the systemic corruption that these politicians are exhibiting while they. spend millions of dollars for consultants and payoffs to corrupt executives. They are now spending thousands of dollars for lawyers defend their illegal actions while they cut classes and layoff faculty.
https://www.youtube.com/watch?v=A4jFkA8yWFs
§Rocha Helped Wreck City College With The Support Of The Present BOT
by Students For Accountability
Thursday Jun 25th, 2020 11:09 AM 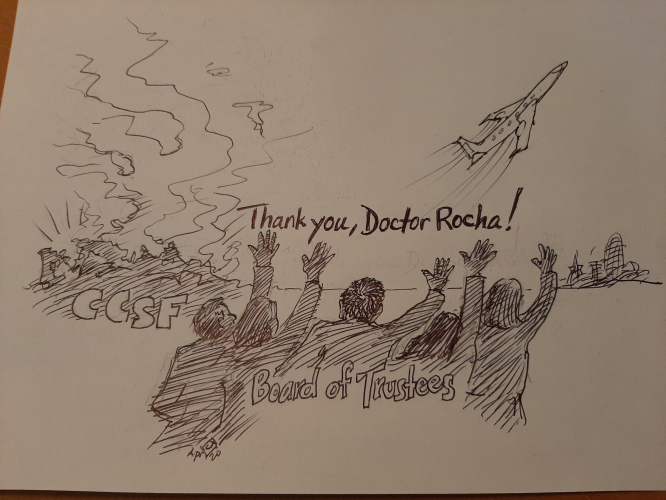 original image (4032x3024)
Mark Rocha from Pasadena Community College helped liquidate and massively downsize CCSF spending millions for consultants and personal cronies. This was backed up 100% by present president of the CCSF Board Of Trustees Shanell Williams.
https://www.youtube.com/watch?v=A4jFkA8yWFs
§More Privatization With CCSF BOT Chancellor Pick
by Students For Accountability
Thursday Jun 25th, 2020 11:09 AM 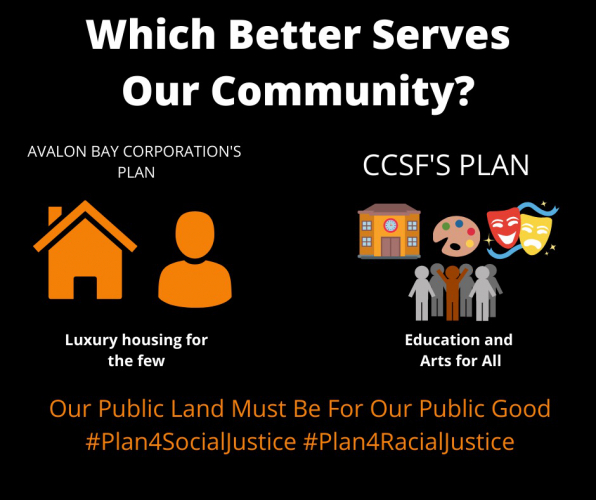 original image (940x788)
CCSF BOT president Shanell Williams with the support of the Board of Trustees despite the record of Dr. Rajen Vurdien have hired him at more than $400,000 a year. Are there any candidates without a record of corruption and violation of the law? Apparently not for Williams and the Board of Trustees. The continued privatization and the closure and selling off of the campuses comes directly from the playbook of privatizers, speculators and union busters. It is part of the destruction of public education.