Add an Event
Newswire
Calendar
Features
Home
Donate
From the Open-Publishing Calendar
From the Open-Publishing Newswire
Indybay Feature
Related Categories: San Francisco | Health, Housing & Public Services | Police State & Prisons | Racial Justice
Tenderloin Rises Up Against UC Hastings Lawsuit
by R. Robertson
Thursday Jun 25th, 2020 3:29 AM
Speakers from organizations supporting the unhoused, law students, and community members protested UC Hastings move to clear black and brown residents from tent encampments in the middle of the pandemic. They started in front of the law school's Kane Hall and marched to the police station in the Tenderloin where they faced off with cops armed for battle. 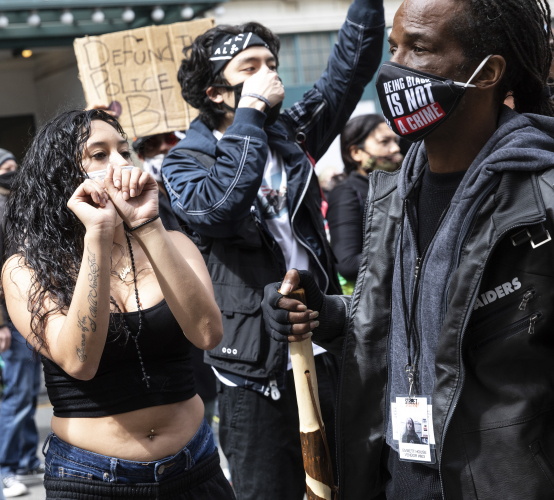 The University of California Hastings College of Law chose human removal over human rights when it called on the city to get rid of tent communities in the Tenderloin neighborhood near the campus. The College was joined by Tenderloin Merchants and Property Owners Association, among others, in suing the city of San Francisco. A settlement was reached between the city and the plaintiffs and homeless activists are outraged.

They denounced the terms of the settlement, saying it can only lead to increased police presence and the criminalization of homeless people. On June 23 they marched and rallied to amplify the voices of the unhoused, first gathering outside UC Hastings before marching to the Tenderloin police station.

One of the organizers of the protest, the San Francisco Coalition on Homelessness (COH) said that police enforcement of homelessness through citations, move along orders, and daily harassment has no place in the city. COH, while working to create permanent solutions to homelessness, also focuses on protecting the human rights of those who remain on the streets.

Speakers called upon San Francisco residents to contact Mayor London Breed and demand she follow her own police reforms and stop sending SFPD after unhoused people. The demonstrators called for the abolishment of the police force and funding for housing for all San Franciscans. They said the move by UC Hastings to clear all tents of impoverished black and brown residents of the Tenderloin district was deeply offensive. And they pointed out that the settlement agreement goes against the U.S. Centers for Disease Control and Prevention’s COVID-19 guidelines for homeless people. Those guidelines recommend that municipalities allow homeless people living on the streets to stay where they are, as clearing encampments can increase the spread of infection.
§Emcee, Tracey Mixon, COH
by R. Robertson
Thursday Jun 25th, 2020 3:29 AM 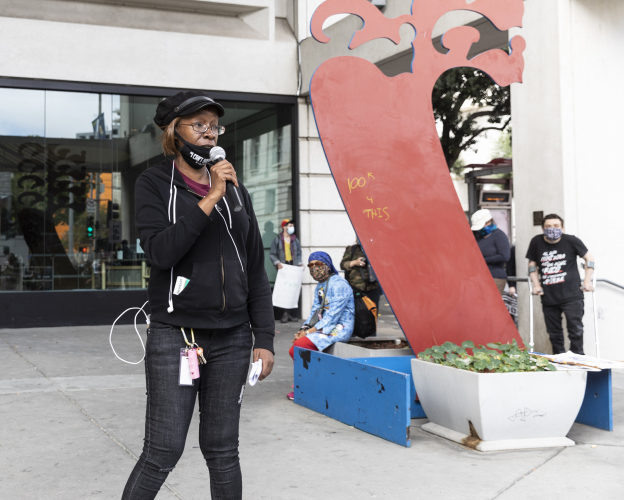 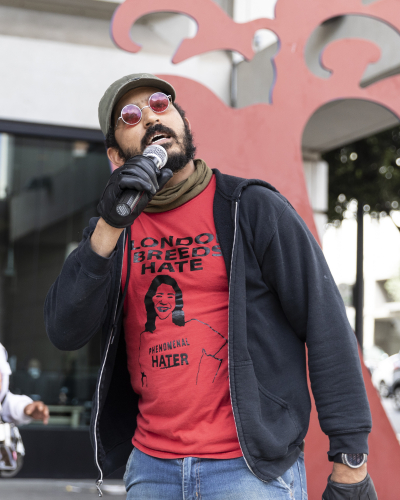 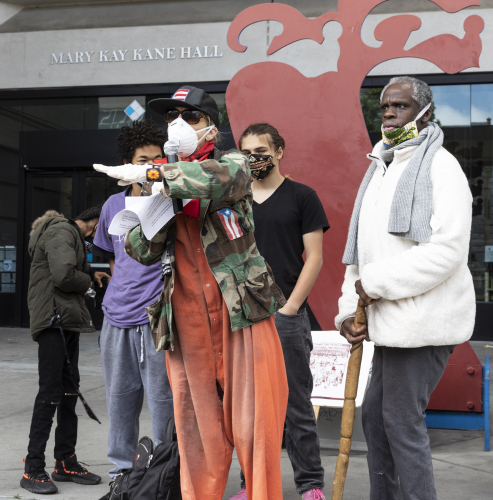 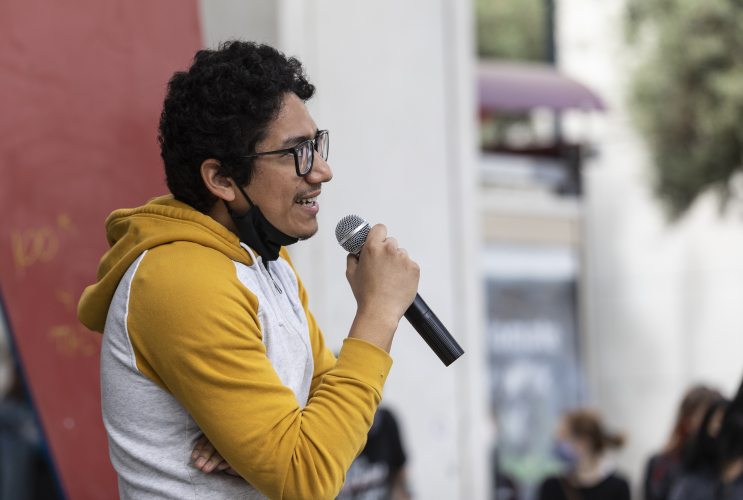 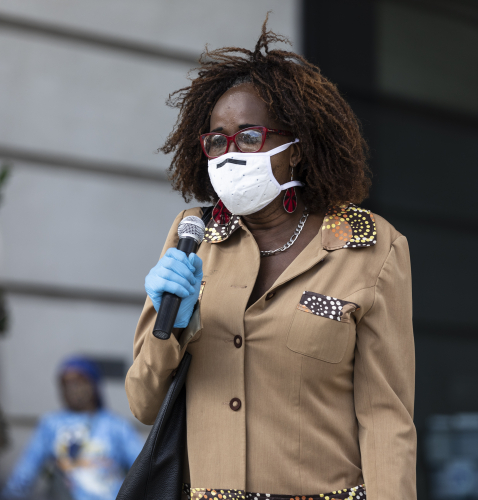 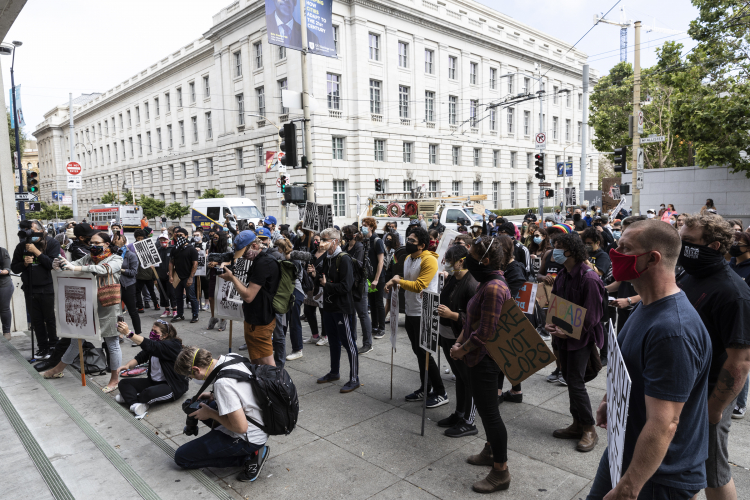 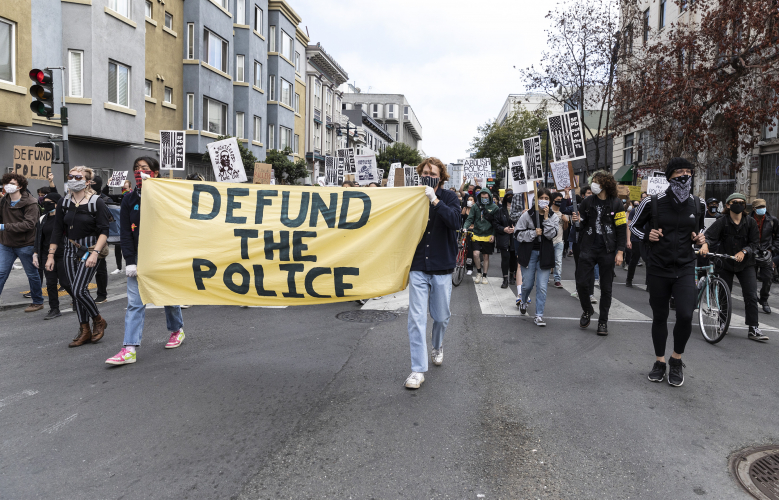 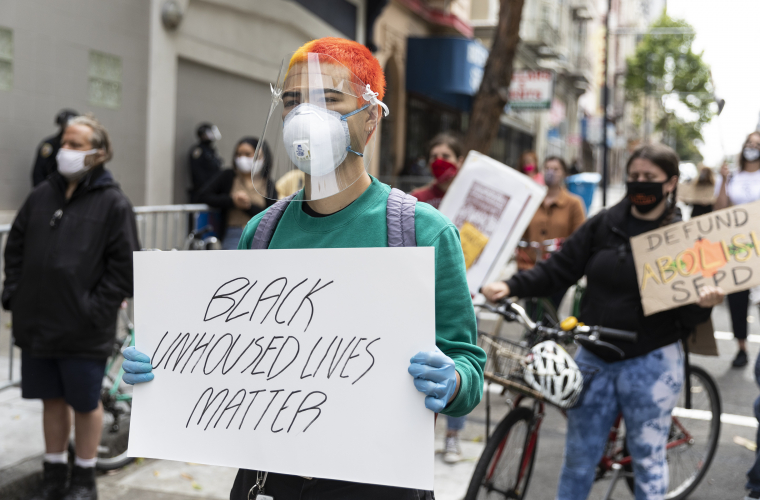 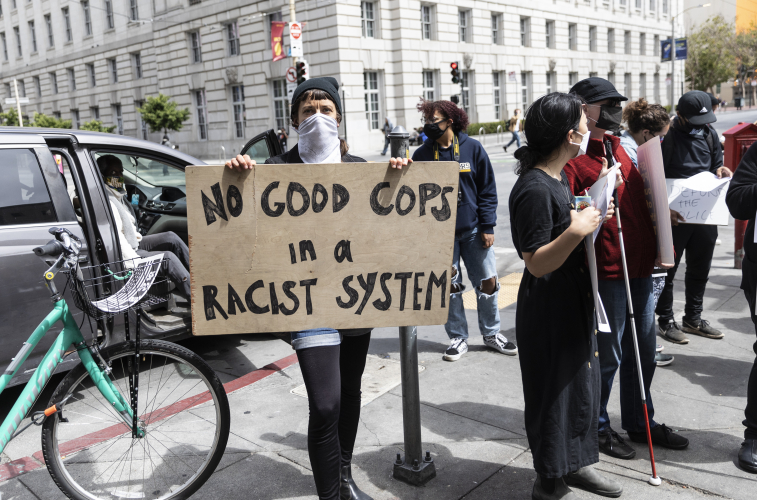 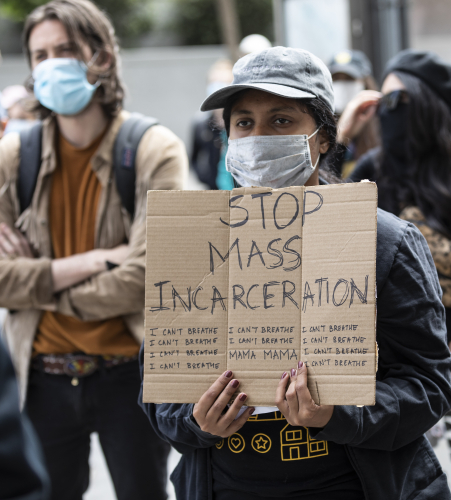 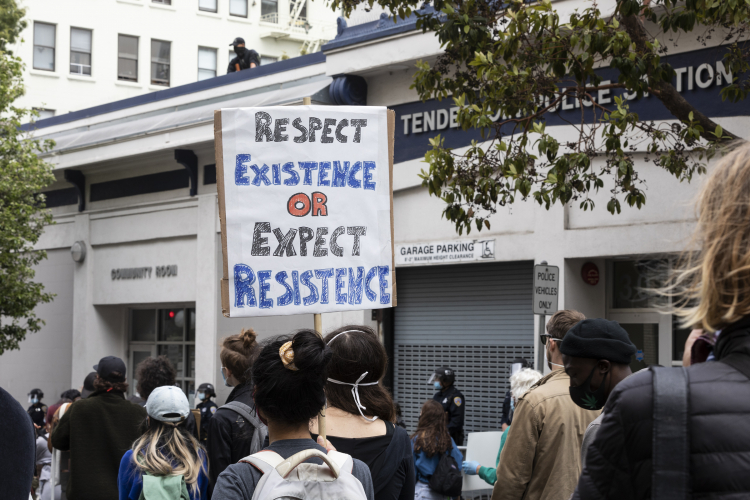 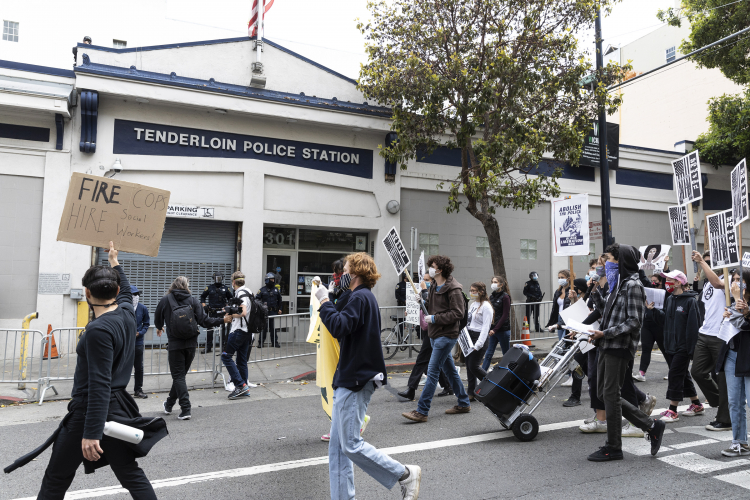 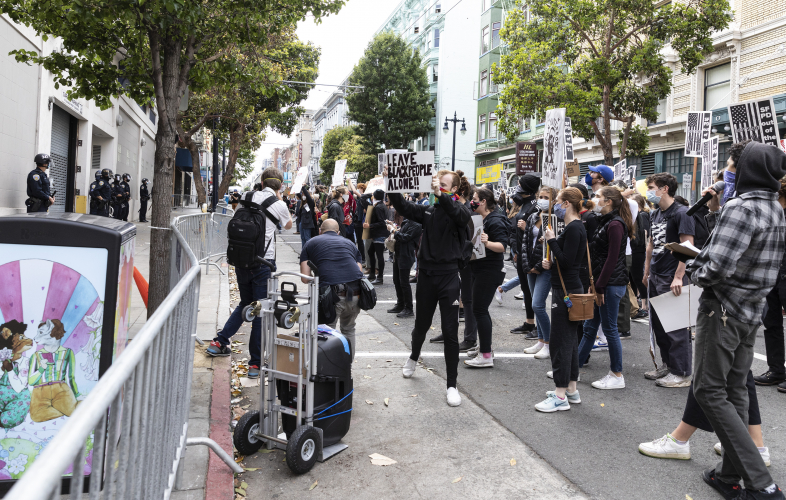 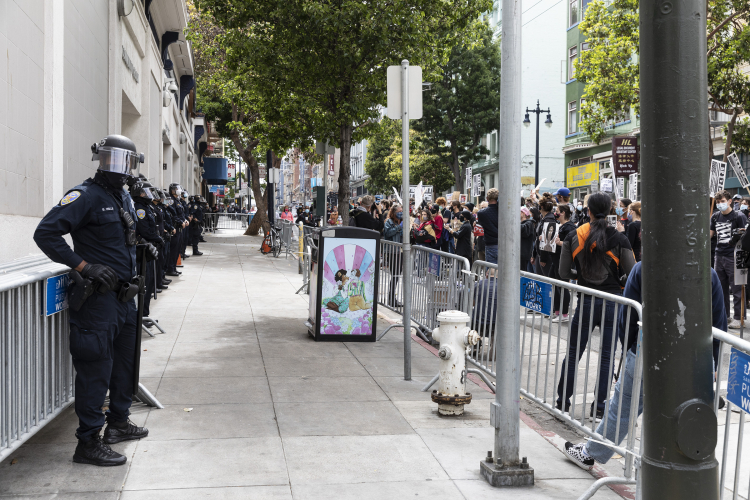 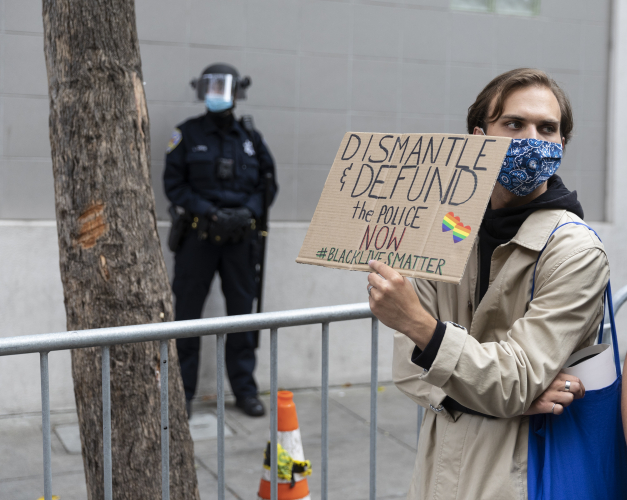 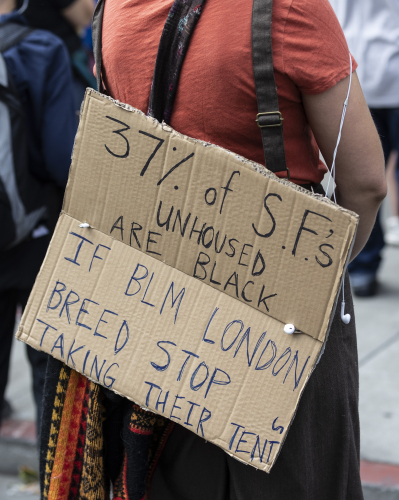 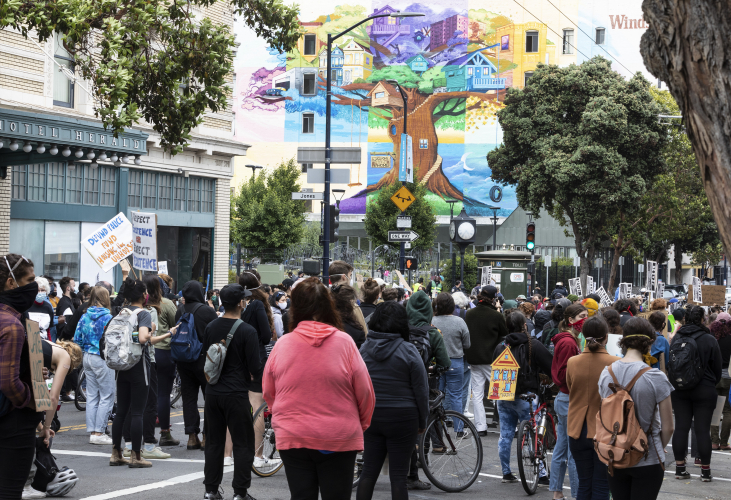 original image (3150x2153)
Add Your Comments
Support Independent Media
We are 100% volunteer and depend on your participation to sustain our efforts!