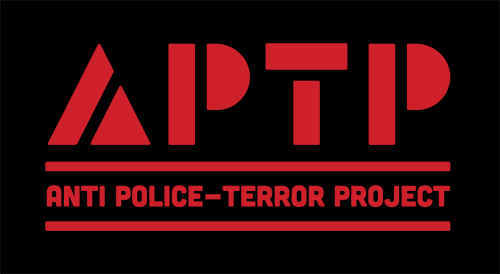 Oakland: Over the past two weeks, thousands of Oakland residents have marched in the streets and flooded City Hall with calls and emails demanding that City Council #DefundOPD by $150 million during the current mid-cycle budget review and invest in Oakland’s Black and Brown communities.

Along with a 50% cut to OPD’s budget this year, community leaders are calling for a transition plan over the next six to nine months to ensure sustainability heading into next year’s biennial budget process.

“The time has passed for vague promises or empty rhetoric, we want concrete actions now. Put the People’s Money where your mouths are, ” said Cat Brooks, co-founder of the Anti Police-Terror Project.

The groundswell of public support for defunding OPD has been impossible for City Council to ignore. On Thursday, hundreds of community members attended the Oakland Police Commission meeting, demanding that the City Council defund OPD dramatically and redirect those funds to healthcare, housing, and social services.

The community scored an initial victory when the Police Commission passed a motion formally advising the City Council to redistribute funds from OPD to communities of color, and to replace police with social workers and civilian first-responders in nonviolent, noncriminal deployments.

The Commission also formally recommended City Council dismantle the Internal Affairs division and reallocate those funds to the Citizen Police Review Agency (CPRA), Oakland's independent citizen oversight body that reports to the Police Commission. The Anti Police-Terror Project has been demanding for years that the CPRA receive at least 5% of the police budget.

“City Council is feeling the heat, and we are closer to victory than we’ve ever been. The People will continue to keep the pressure on,” said Jame Burch, Policy Director of the Anti Police-Terror Project.

Councilmember Nikki Fortunato Bas has introduced a proposal to reduce OPD’s budget by $25 million, which activists applauded as a good first step but insufficient. Other council members have acknowledged the need for steep cuts to OPD’s bloated budget but stopped short of firm commitments.

OPD sucks up almost half of Oakland’s general fund every year, crippling The Town’s ability to meet its residents’ most basic needs, like housing, healthcare, jobs, and youth programs. Politicians argue they cannot cut OPD until an alternative is set up but effective community-based programs cannot be set up without substantial funding.

The Interim Police Chief admitted at Thursday’s Police Commission meeting that close to half of 911 calls in Oakland are related to social services. Her statement suggests that much of the department’s current workload could be transferred to other departments with better outcomes for community safety — and fits with the community’s call to defund OPD by 50%.

Five years ago, the Defund OPD campaign was launched because the Black community had had enough death at the hands of OPD. Oakland doesn’t have time for City Council to roll out a long-term plan for cuts; Oakland needs relief from police terror now.

The coalition’s demands to the Oakland City Council to #DefundOPD and reinvest in community include:

• Defunding the Oakland Police Department by at least 50% this year, including a transition plan for the next 6-9 months.

• Stopping the use of violence of any kind against protestors

#DefundOPD #DefendBlackLives #DefundThePolice #FundBlackFutures
http://www.antipoliceterrorproject.org
§Oakland City Council meets again today, June 23rd, at noon
by APTP
Tuesday Jun 23rd, 2020 11:26 AM
Oakland City Council meets again today at noon on the mid-cycle budget. We want to make sure the conservative caucus of the council doesn't push through their attempt to co-opt our demands!

There's a danger City Council may actually vote today, which would mean the conservative caucus has been successful in their cooptation.

Y'all have been rocking it at these meetings and we really need that energy again today.

What: Demand that City Council Defund OPD by $150 million!
When: Tuesday, June 23 from 12 pm to 7 pm (if you want to make public comment, make sure to join at 12 pm sharp)
Where: Online or via telephone

To make public comment: ALL PUBLIC COMMENT ON ACTION ITEMS WILL BE TAKEN AT THE BEGINNING OF THE MEETING UNDER ITEM 1 OF THE AGENDA, so please login at 12 pm to put yourself on the queue to speak.

Once you've placed yourself in the queue to speak (those on Zoom can use the 'raise hand' feature), the City Clerk will call your name or phone number when it's your turn to speak. You will need to unmute yourself to speak when you are called.

You will be given a limited time to speak (most likely 1 minute).

We are providing sample talking points below, but personal stories and comments can be really effective too if you have something relevant to share.

The investment in policing has not made us safer. OPD remains an embarrassment to the city and a lethal threat to Oakland’s Black and Brown communities.

It’s time we tore up the blank check! Council must divest The People’s Money from the violent, racist and corrupt Oakland Police Department, and reinvest in the relief and resilience of The Town’s Black and Brown communities.

We DEMAND that Oakland City Council DEFUND OPD and REINVEST in community by:

We can best keep our community safe by using The People’s Money to provide living wage jobs, housing for all, youth programs, health care, restorative justice and other essential community services.
http://www.antipoliceterrorproject.org
Add Your Comments
Support Independent Media
We are 100% volunteer and depend on your participation to sustain our efforts!