Add an Event
Newswire
Calendar
Features
Home
Donate
From the Open-Publishing Calendar
From the Open-Publishing Newswire
Indybay Feature
Related Categories: San Francisco | Police State & Prisons
Ferry Building to City Hall and Beyond: March for Freedom and Justice in San Francisco
by Defund the Police State
Tuesday Jun 23rd, 2020 3:58 AM
Black Lives Matter supporters marched from the Ferry Building to City Hall to 555 Franklin, headquarters of the San Francisco Unified School District, with rallies at each stop on June 19. 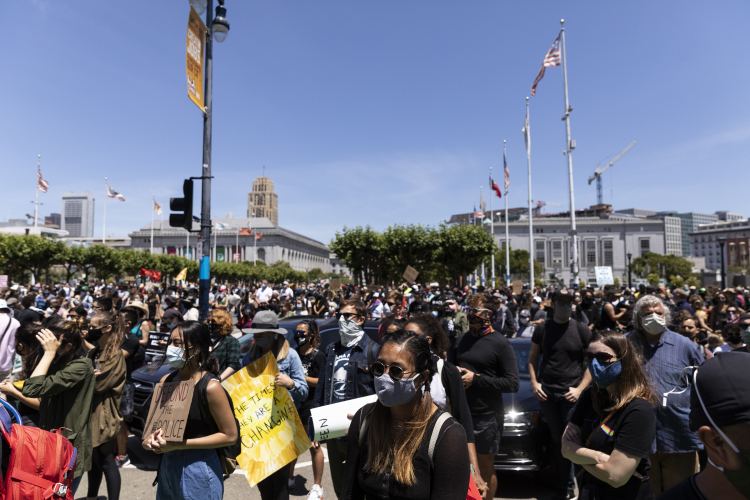 As organizers bustled about making final preparations for a staging area at San Francisco's Ferry Building on June 19, hundreds began to arrive for a rally. One of the first things on the schedule--a moment of silence to remember people killed by police officers.

Organizer Fernando Lorenzo announced demands for police reform that including ending the use of private, for-profit prisons. After a brief rally with a few more speakers, the marching commenced. Protesters headed down Market Street toward City Hall, some carrying signs with names of people killed by police officers. Other signs read Defund the Police, Make Juneteenth a National Holiday, and End Systemic Racism.

At Civic Center, marchers found other protesters already gathered and their numbers grew. Speakers used a sound system set up on a truck. Gwen Woods, whose son Mario Woods was shot and killed by San Francisco Police officers in 2015, said, “Don't let this be a moment. Let it be a movement."

Although they had been protesting for about 3 hours, their march didn't end there. The next stop was headquarters of the San Francisco Unified School District which demonstrators chose to represent their desire to shift funding from the police department to community needs, including education.
§Sapphics Against Racism
by Defund the Police State
Tuesday Jun 23rd, 2020 3:58 AM 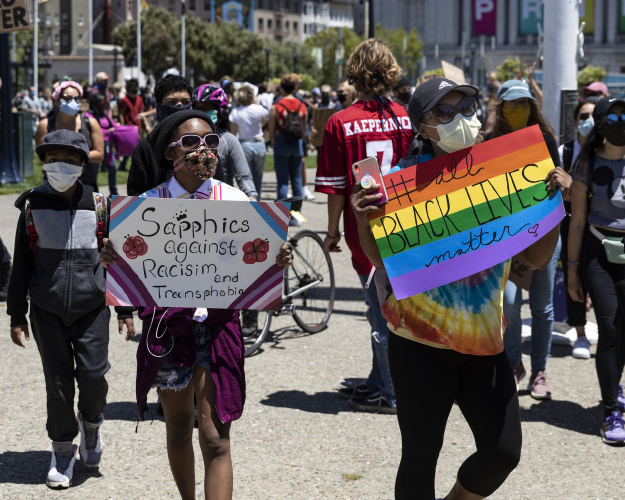 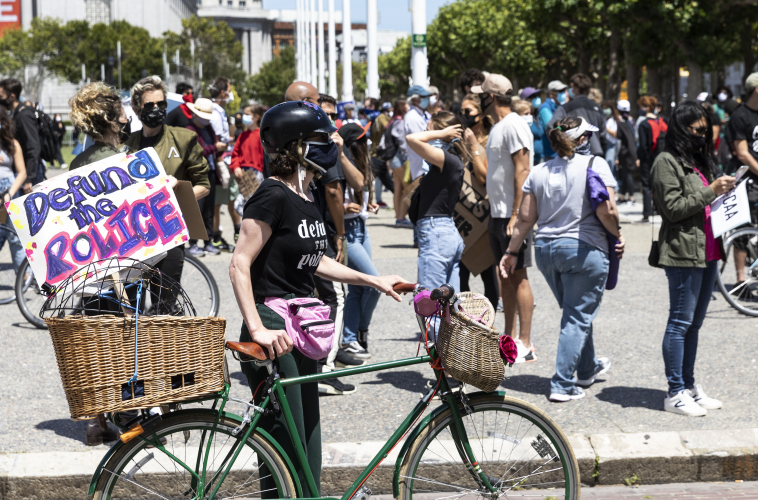 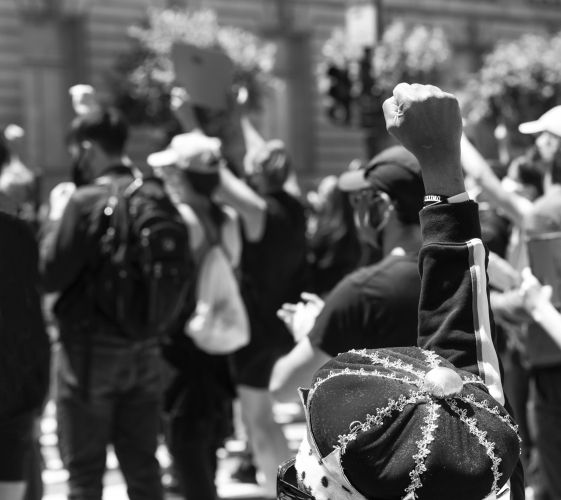 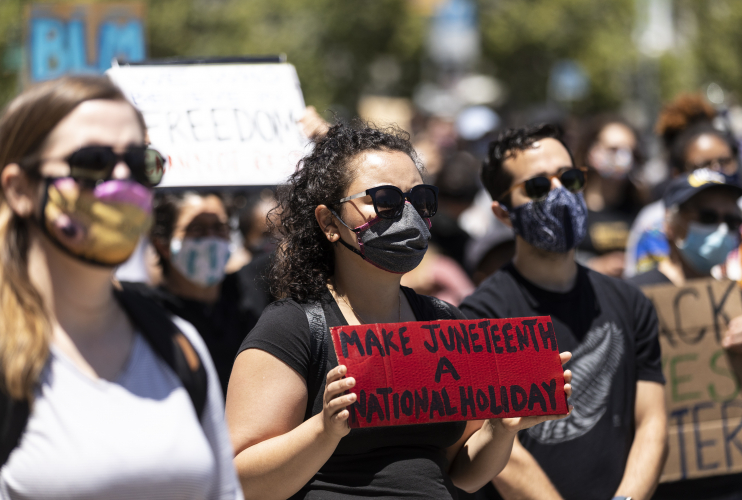 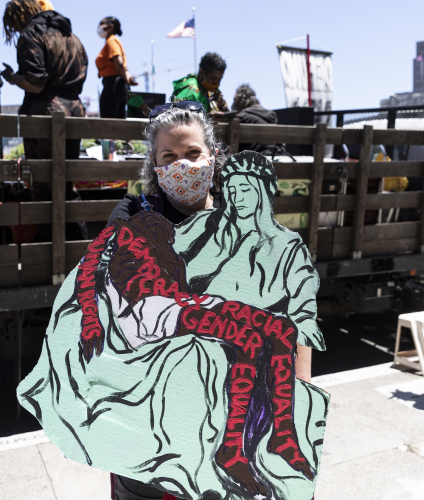 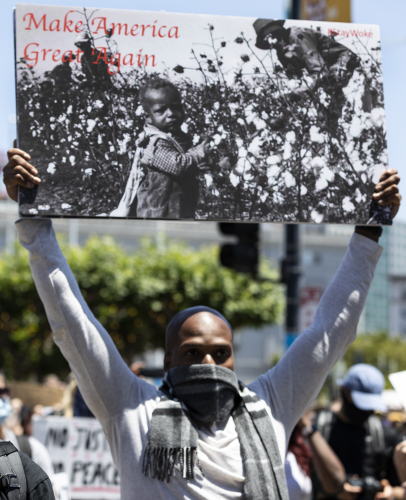 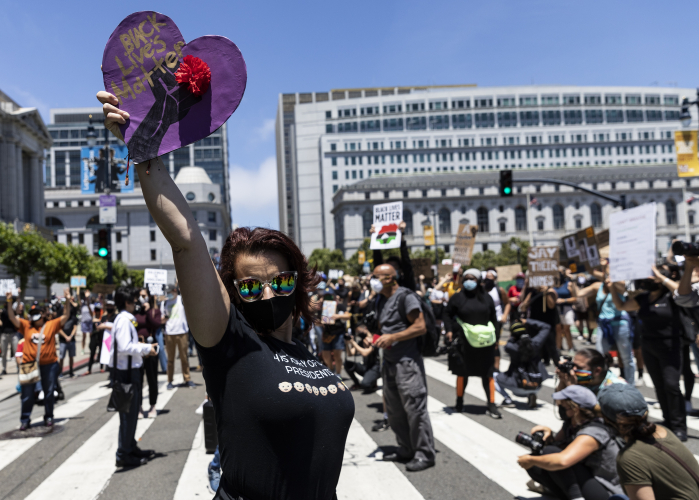 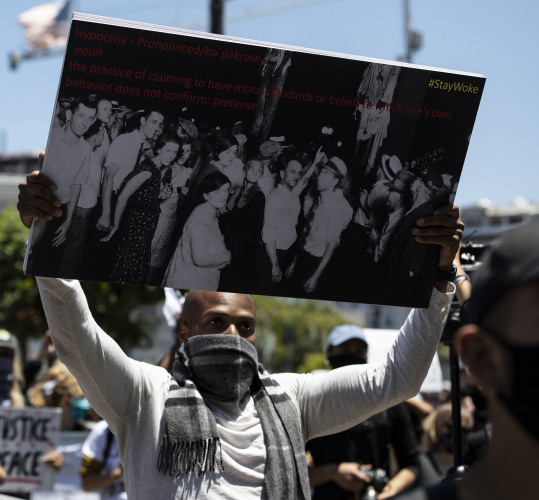 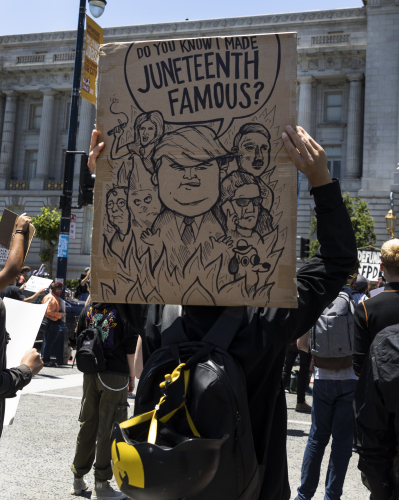 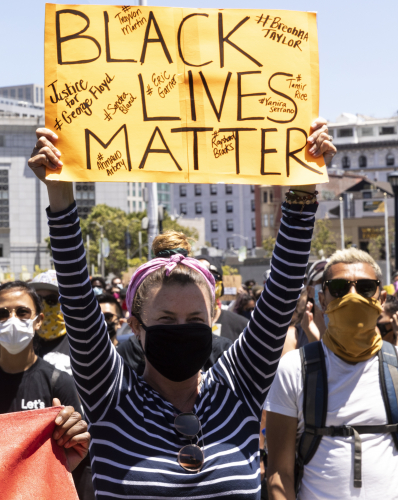 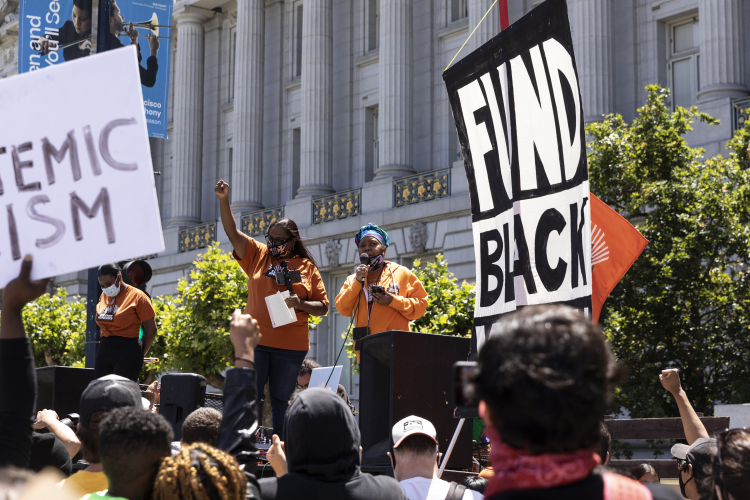 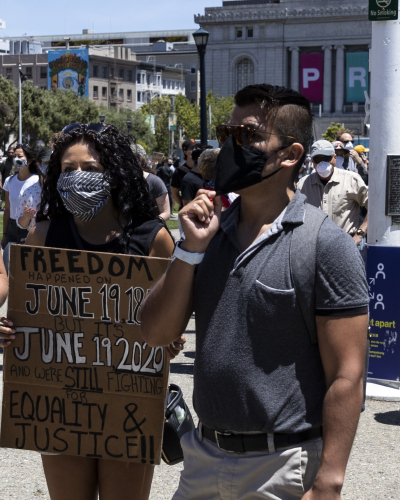 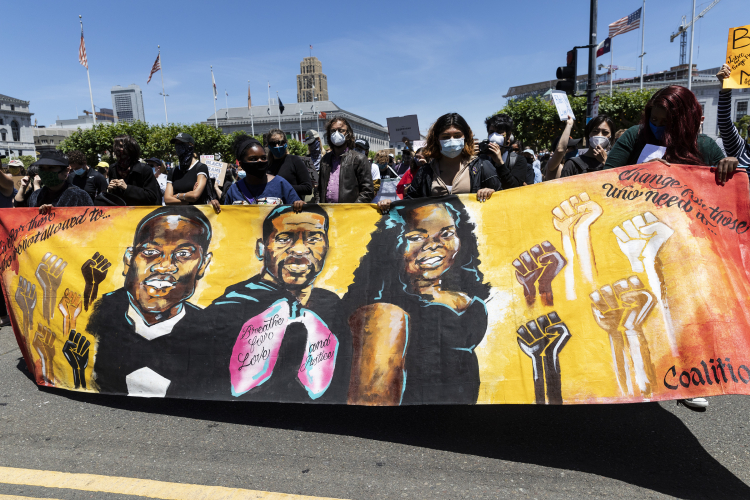 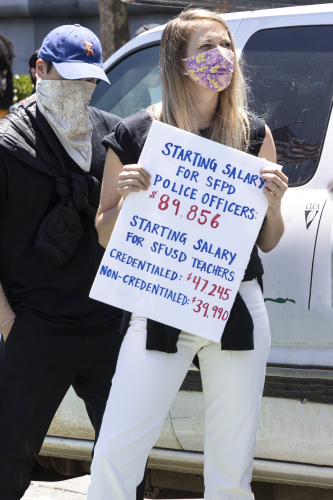 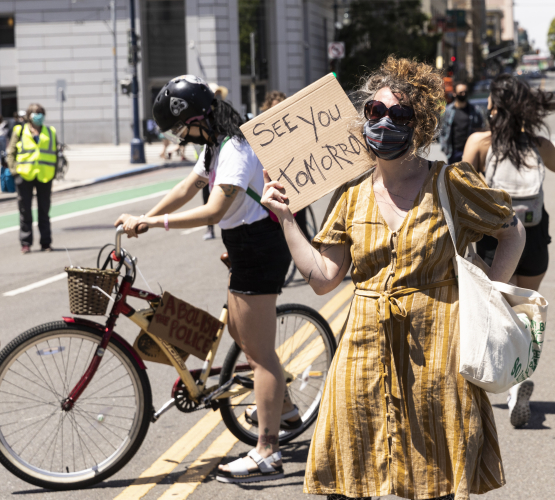 original image (3000x2700)
Add Your Comments
Support Independent Media
We are 100% volunteer and depend on your participation to sustain our efforts!