Add an Event
Newswire
Calendar
Features
Home
Donate
From the Open-Publishing Calendar
From the Open-Publishing Newswire
Indybay Feature
Related Categories: Peninsula | Police State & Prisons | Racial Justice
Protesters Rally, March to Redwood City Jail to Tell Prisoners "We Are Here for You"
by Defund the Police State
Monday Jun 22nd, 2020 4:48 AM
On June 21, San Mateo County residents cried out in support of diverting funds from police back to the community.
Copy the code below to embed this movie into a web page:
Download Video (23.2MB) | Embed Video
A the historic Courthouse Square in Redwood City on Sunday, June 21st, demonstrators came together to say "San Mateo County has a racism problem."

They gathered to testify, to mourn, and to demand change in the cities of San Mateo County. After the rally, they marched to the jail in downtown Redwood City.

The rally and march was sponsored by Silicon Valley Democratic Socialists of America (SVDSA), amongst others. A member of SVDSA said, "the most amazing part was at the jail when half the windows had prisoners looking down at us as we chanted and promised to be there for them...there's a lot we can do to support the people on hunger strike and in the jail in general."

The main organizers of the event were the San Mateo County Coalition for Immigrant Rights and the Real Community Coalition. Other groups involved included Justice for Chinedu and Redwood City Youth for Change.

§Long Shadows in front of the historic county courthouse
by Defund the Police State
Monday Jun 22nd, 2020 4:48 AM 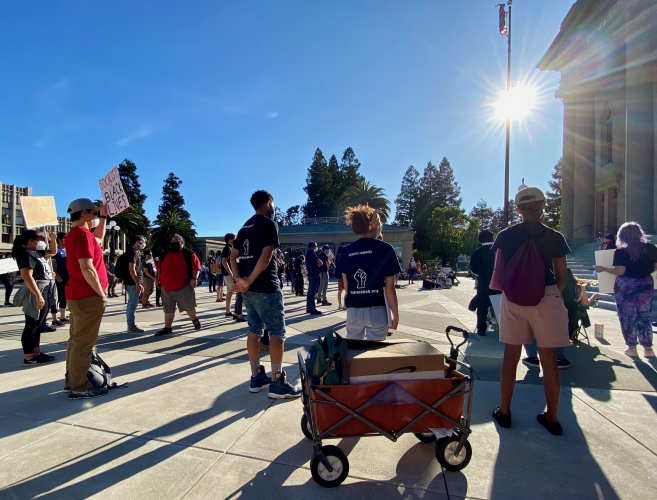 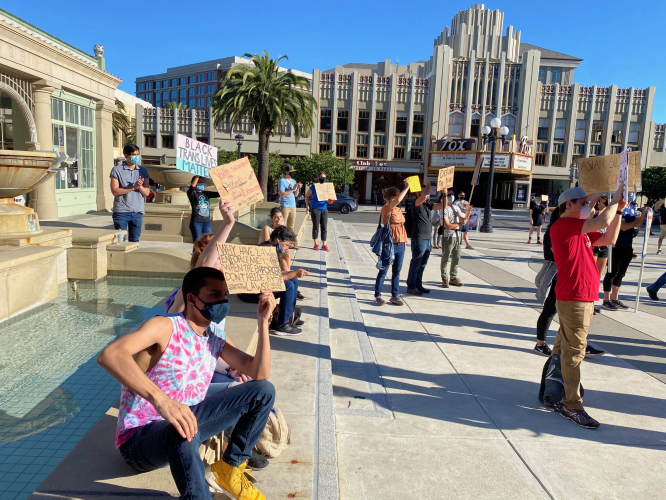 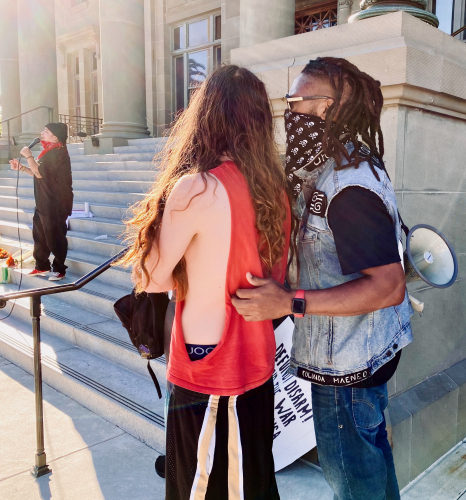 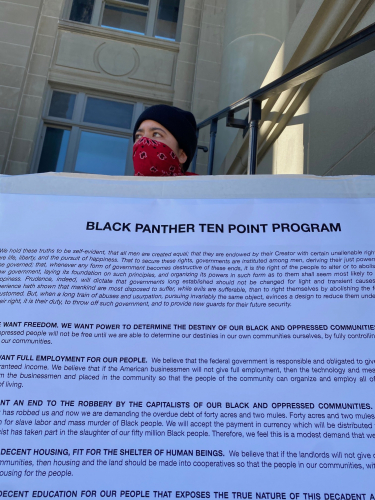 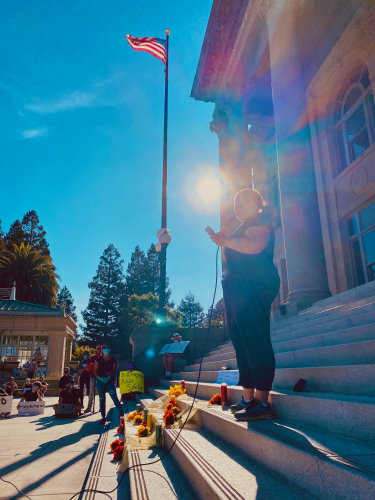 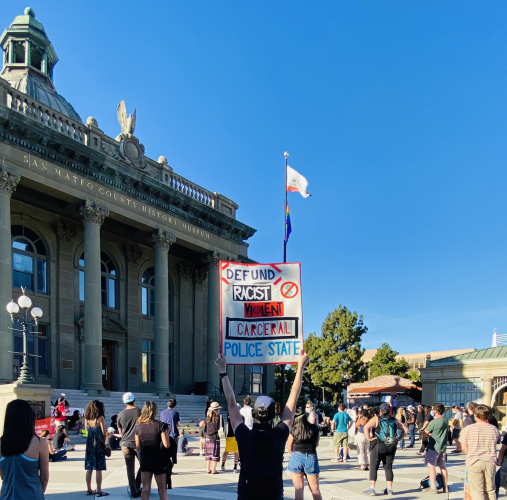 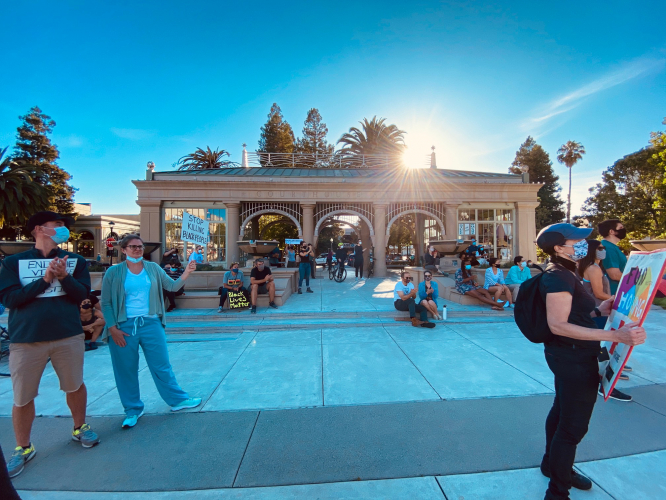 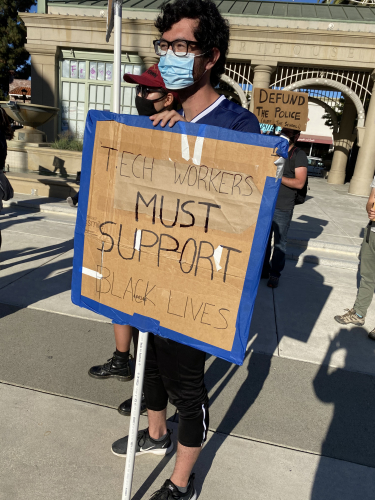 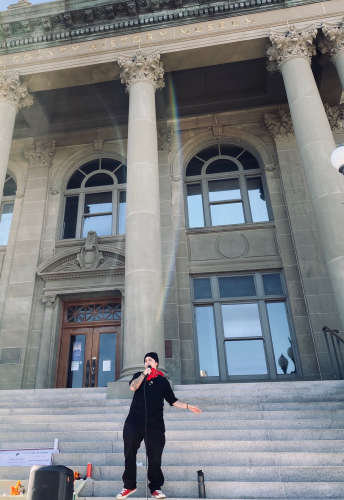 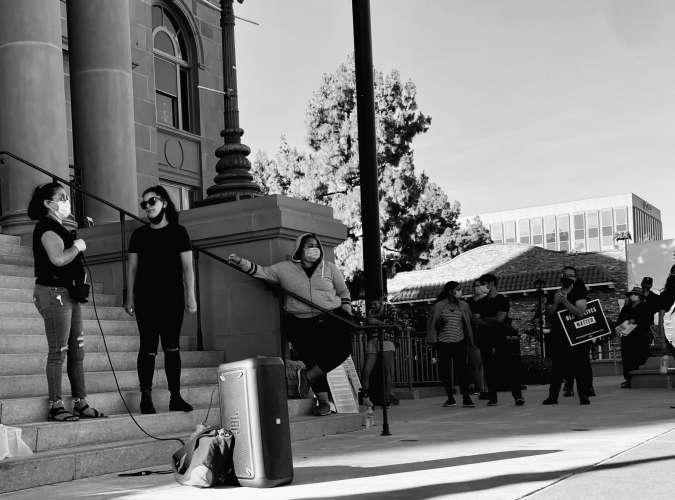 original image (2211x1637)
Marisol's son sought addiction help. He was turned away for lack of space. But we know...the funds are there. They need to be diverted from police to community programs.
§Shrine for Victims of Police Brutality
by Defund the Police State
Monday Jun 22nd, 2020 4:48 AM 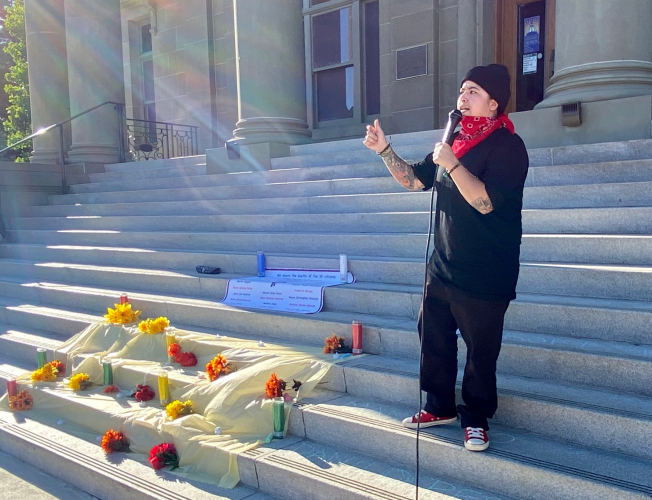 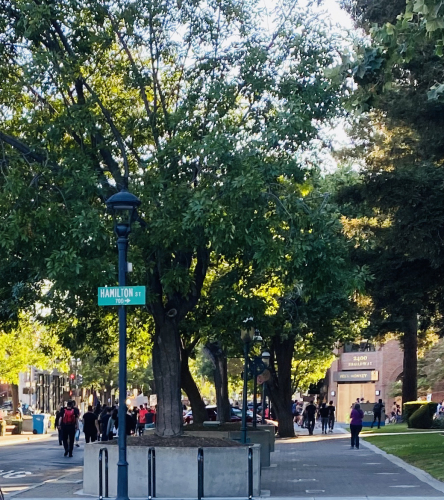 original image (1039x1169)
Add Your Comments
Support Independent Media
We are 100% volunteer and depend on your participation to sustain our efforts!