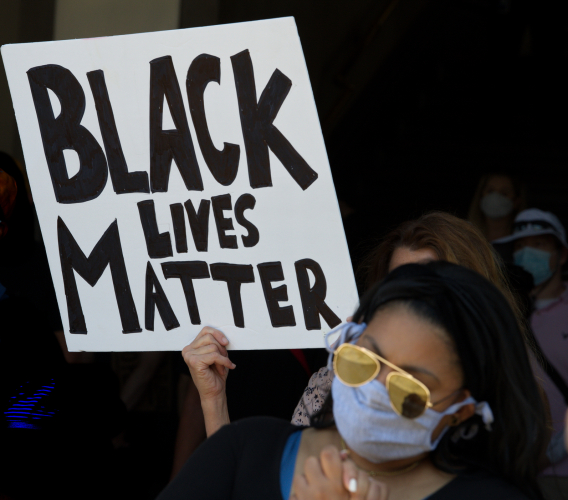 Juneteenth, the Black celebration of their release from bondage, however partial, is becoming an improved Fourth of July. Not since the Vietnam war have so many protests convulsed the country (the Vietnam War was won by the Vietnamese who gained their independence).

After fiery speeches and 8 minutes and 46 seconds of silence the now, almost a thousand, marchers proceeded down Market Street to City Hall. Onlookers raised their fists in approval. They passed a homeless black person, surrounded by cardboard, leaning against a lamppost . His life too!

Lots of mainstream media at City Hall, where the crowd had grown to about 2000. Most protesters were there as individuals as opposed to members of organizations. One sign proclaimed "old white guy seeks move to a nicer demographic group." 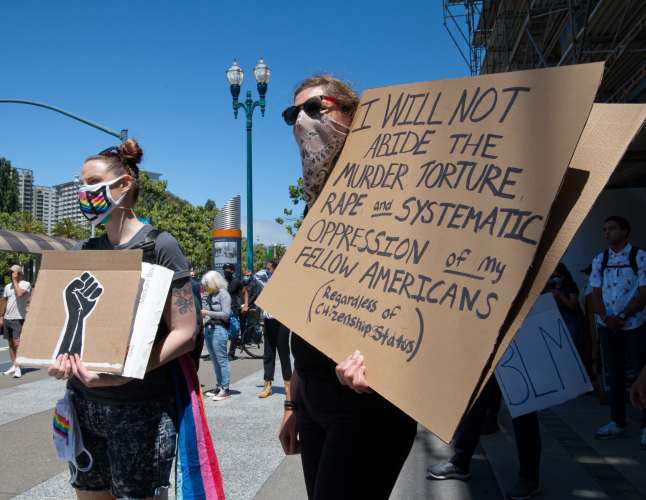 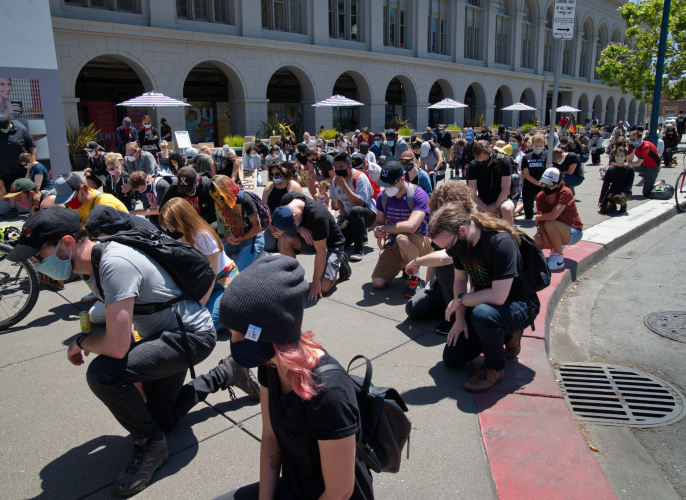 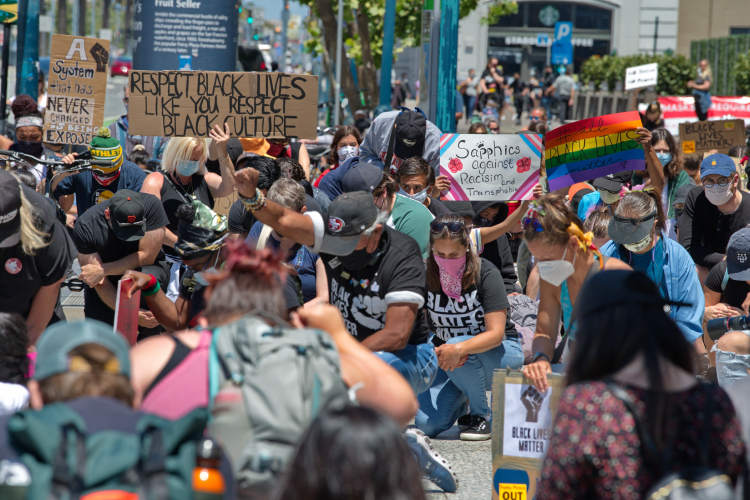 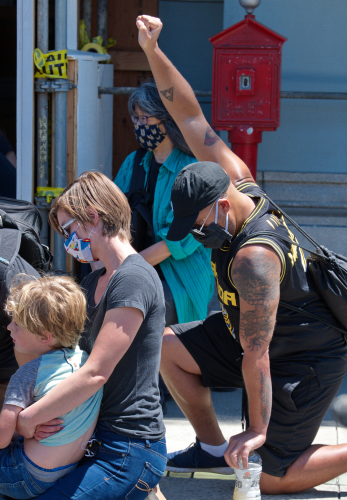 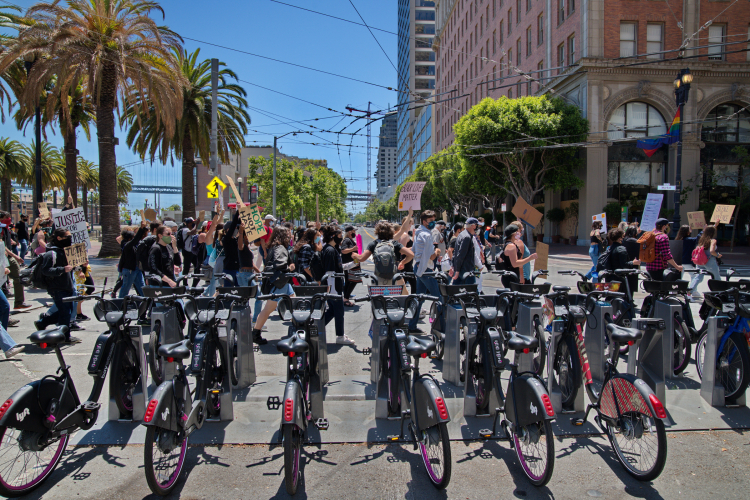 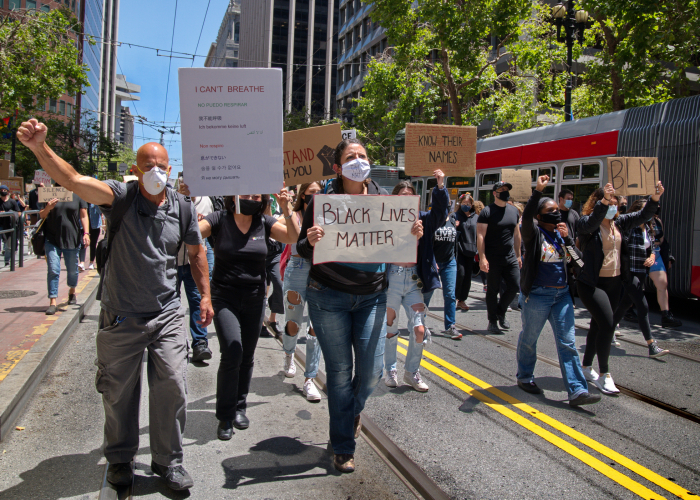 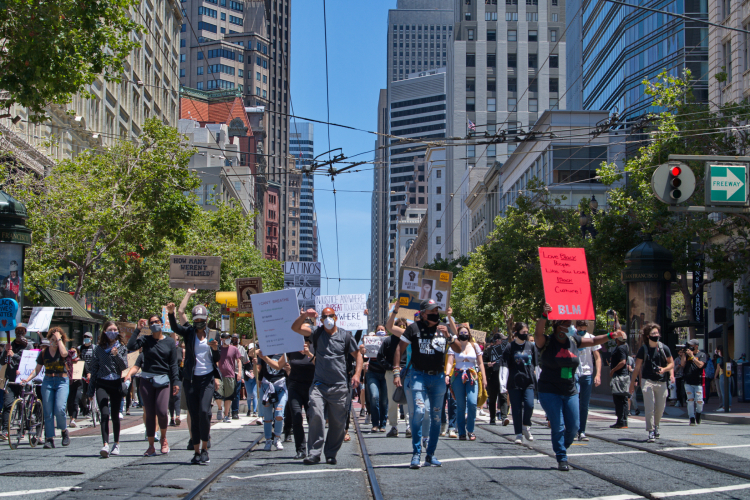 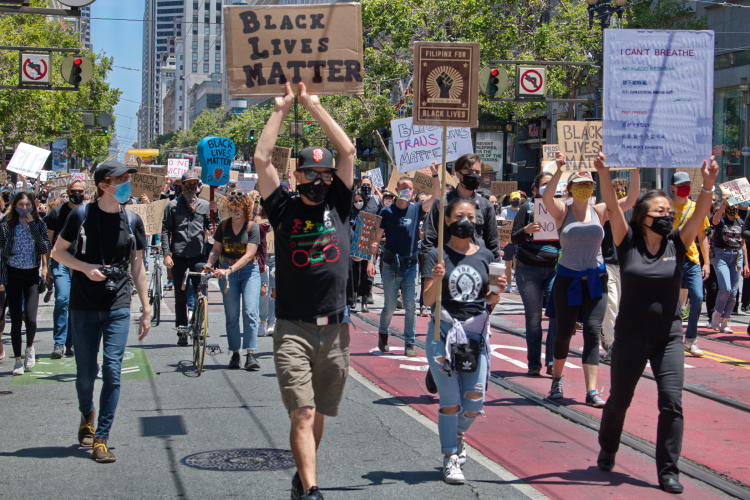 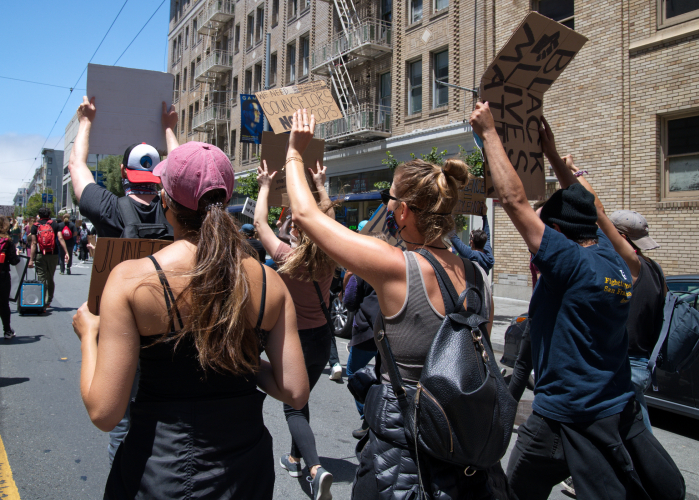 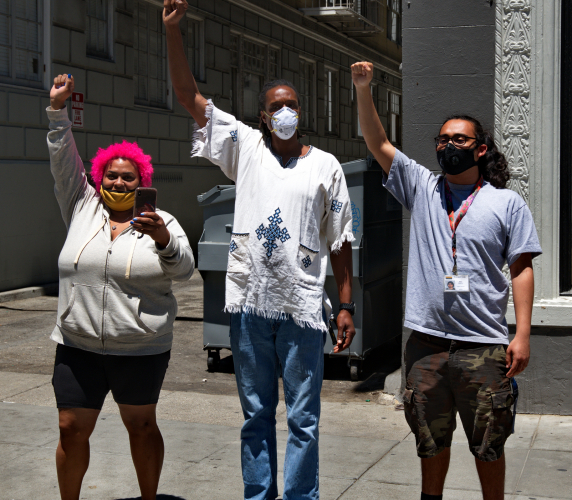 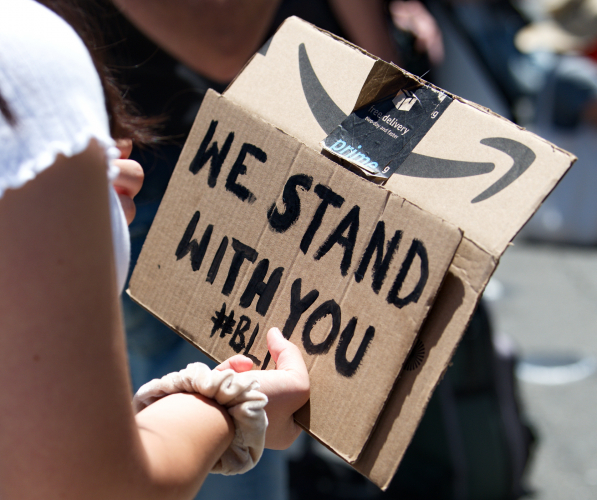 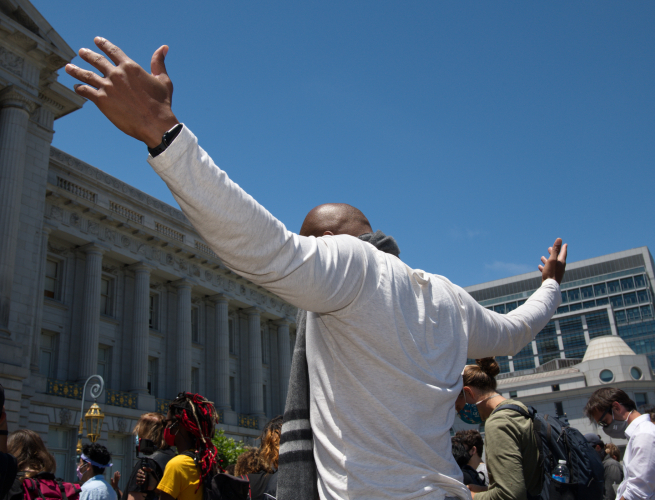 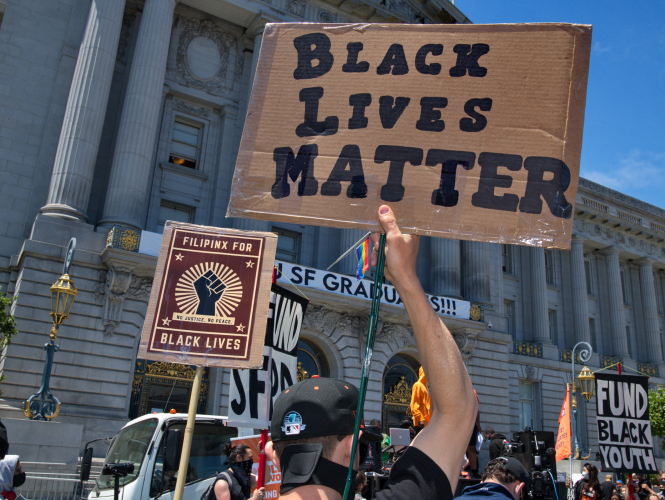 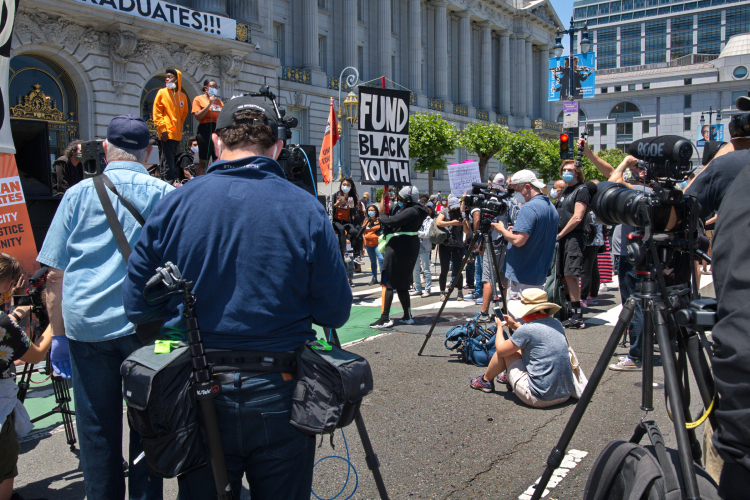 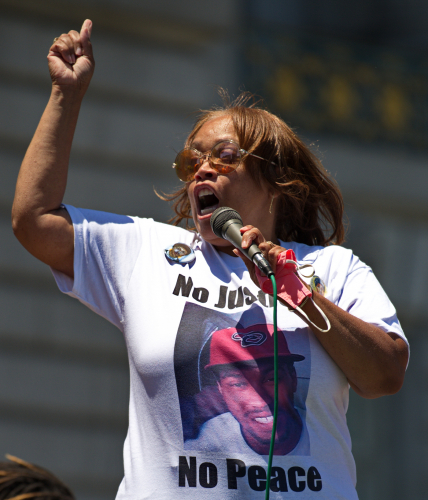 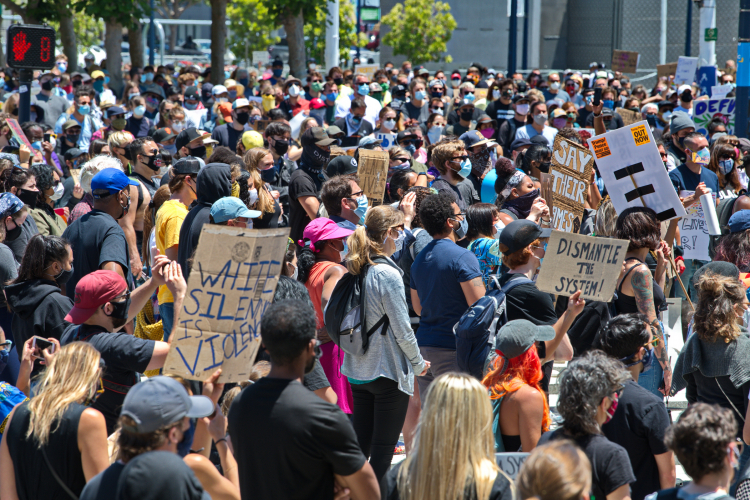 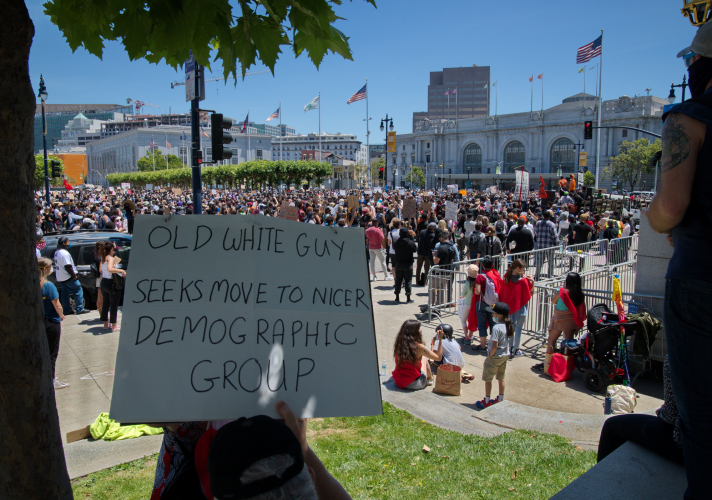 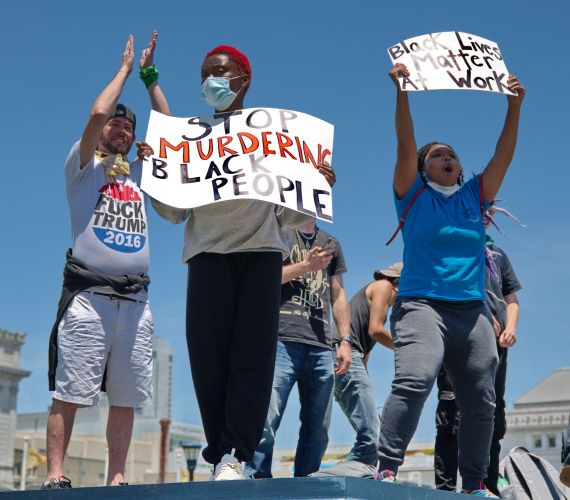 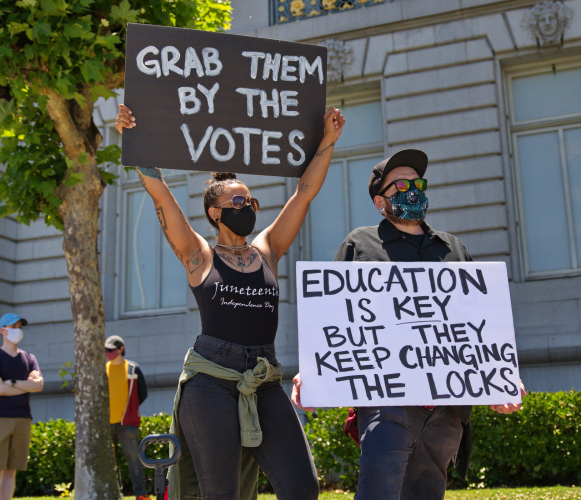 original image (1627x1400)
Add Your Comments
Support Independent Media
We are 100% volunteer and depend on your participation to sustain our efforts!