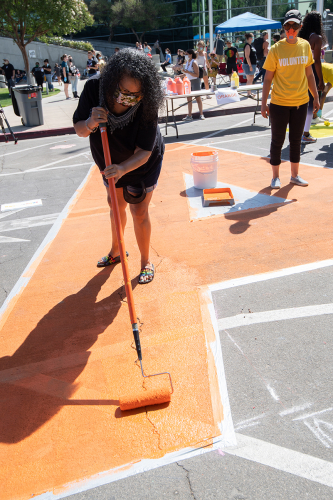 original image (864x1296)
Over four hundred people came out to downtown Fresno June 18 to paint “Black Lives Matter” in twenty foot tall letters on P Street where it passes in front of City Hall. The event was the result of conversations between DJ Kay Rich, a local African-American celebrity, and the City Manager. They floated the idea on Instagram and the response was tremendous in favor of the street painting. The painting was carefully organized, tape was placed on the street to mark the margins of the areas to be painted, and many participated with rollers and brushes. It was a happy, life-affirming event after the seriousness of the marches and vigils that have been taking place here amidst a movement sweeping the country.. The City of Fresno proclaimed June 18 to be Black Lives Matter Day.

As the painting neared its conclusion, DJ Kay Rich held a press conference, where he said the following (edited for clarity):

“We're really excited and happy that we're able to do this here today. We worked with the city of Fresno for this street art event, plus [the city council’s] proclamation. That proclamation is Black Lives Matter day. It's officially going to be June 18th right here in Fresno, California. We're actually hoping to lead the country into taking the same footsteps. A couple of weeks ago [when 3,500 turned out], we were the very first city to have a peaceful protest in the manner that we had it, and it has literally become the blueprint for other cities to get organized, get mobilized and strategize.

“We want to make sure that our message is that we're denouncing police brutality and systemic racism.

“[The proclamation] is a step in the correct direction. It is important that this took place on this day, June 18th, one day before Juneteenth, which kicks off tomorrow. Right? And I think it's going to really showcase not just to the community, but to the world that these things can take place. I don't know if around the nation there's been other proclamations declared, but I’d be proud to say it started right here in Fresno, California. 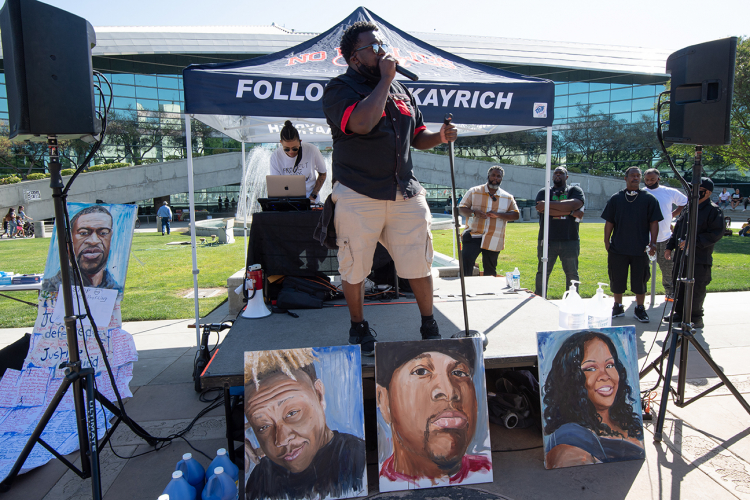 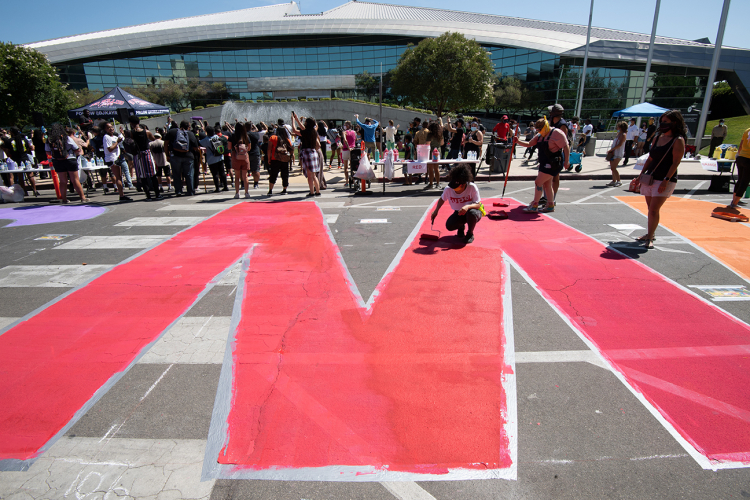 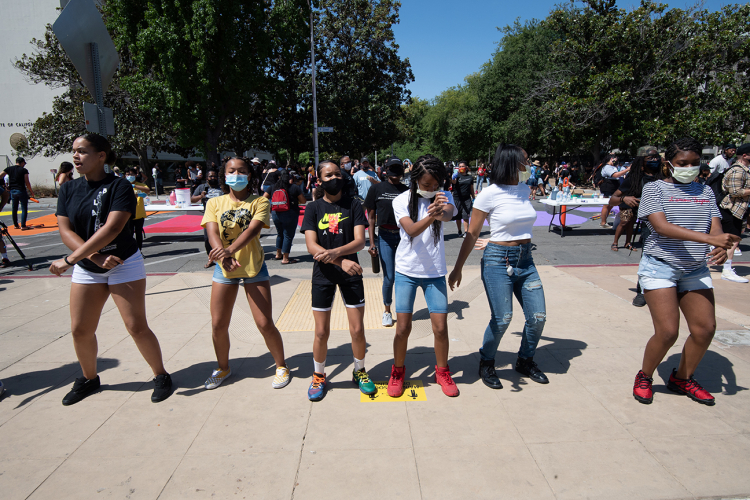 original image (1296x864)
Add Your Comments
LATEST COMMENTS ABOUT THIS ARTICLE
Listed below are the latest comments about this post.
These comments are submitted anonymously by website visitors.