Add an Event
Newswire
Calendar
Features
Home
Donate
From the Open-Publishing Calendar
From the Open-Publishing Newswire
Indybay Feature
Related Categories: California | Global Justice & Anti-Capitalism
PG&E pleads guilty to 84 counts of involuntary manslaughter for wildfire deaths
by Anthony del Olmo (WSWS Repost)
Thursday Jun 18th, 2020 7:19 AM
With the help of California Governor Gavin Newsom, Pacific Gas & Electric receives a mere slap on the wrist for what has been deemed the deadliest US corporate crime ever prosecuted. 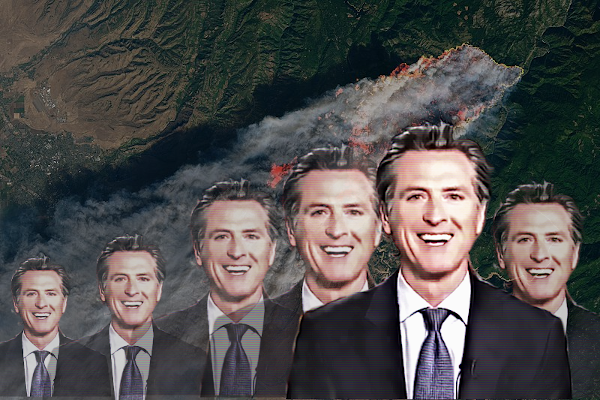 By Anthony del Olmo at the World Socialist Web Site

The fire obliterated more than 18,000 buildings, causing $16.5 billion in damages, and forced the population of 26,000 to flee for safety with many still living in destitution as a result.

However, in what has been deemed the deadliest US corporate crime ever prosecuted, PG&E is at most receiving a slap on the wrist without any executive being charged or imprisoned for the company’s criminal negligence. The agreement settled with the state court outlines that PG&E will pay a maximum fine of $3.5 million, or only $41,667 for each victim of the Camp Fire, and be responsible for $500,000 to reimburse the costs of the state investigation of the company’s responsibility in the wildfire for a total of $4 million.

The total fine following the deaths of 84 innocent people is only a fourth of the $16 million bonus package PG&E executives intended to award themselves in early 2019, which was ultimately not approved by the bankruptcy judge. This was exposed after the California Public Utilities Commission (CPUC) released a report condemning PG&E for routinely failing to inspect and repair its power lines for years and after the company had declared bankruptcy earlier in the year to escape its debt obligations and other legal liabilities.

Wildfire victims piled on lawsuits against PG&E for sparking some of the deadliest and destructive fires in California history, with claims mounting upwards past $30 billion. These include the 2018 Camp Fire, the 2017 Tubbs Fire, the 2016 Ghost Ship warehouse fire and the 2015 Butte Fire, which collectively killed 145 people and destroyed over 25,000 buildings. The Tubbs Fire and Camp Fire by themselves warranted $54 billion in damages, according to the victims’ lawyers. The claims were significantly slashed, however, to a settlement fund amounting to just $13.5 billion following court proceedings last December.

Public outrage against the utility monopoly was further exacerbated following a new policy of mass power shutoffs during the peak fire season, ostensibly to prevent downed power lines from sparking dry vegetation in high wind areas. Beginning last October, millions of Californians experienced power shutoffs that disrupted their lives at a moment’s notice, most devastatingly for those who could no longer operate life-saving medical equipment without power.

This popular anger led California Governor Gavin Newsom to demagogically declare late last year that the state would take over the utility if it did not meet his limited demands. However, under cover of the coronavirus pandemic, Newsom completely dropped his oppositional posturing towards PG&E in March and signed off on the company’s plan to exit bankruptcy by the end of this month.

The agreement reached includes cosmetic changes to company management, limited increases in state oversight, a reallocation of $7.6 billion in shareholder assets to repay or refinance utility debt, and a three-year pause on dividend payments to shareholders. Most significantly, Newsom’s approval grants PG&E access to a new bailout fund created last summer between Newsom and the state legislature in Assembly Bill 1054.

In what amounts to a shield for PG&E and the other regional utility monopolies in California from future financial damages, $21 billion in taxpayer funds has been allocated to compensate for PG&E’s murderous and destructive practices. Newsom, notwithstanding his former criticism of the utility, has taken over $200,000 in campaign funding from the company and has repeatedly sponsored legislation exempting it and other utilities from legal liability.

For decades, PG&E has allowed its infrastructure to deteriorate to the point that electrical towers are now an average of 68 years old. The transmission tower responsible for starting the Camp Fire was nearly 100 years old. In addition, the company has continually defunded their brush-clearing and other fire mitigation programs, making PG&E responsible for starting well over 2,000 wildfires in the past decade alone.

Instead of investing in their infrastructure during this critical time period, as their lines caused ever more devastating wildfires, PG&E chose to pay out nearly $10 billion in dividends to shareholders. The executives and board members of PG&E have nothing but contempt for the tens of thousands of victims who have lost their loved ones, their homes and their prized possessions, and those who have been scarred by their traumatic experiences.

Instead of modernizing PG&E’s electrical infrastructure by replacing antiquated wooden transmission towers with resilient steel towers or underground lines, the company is being allowed to proceed with a reckless policy of mass power shutoffs at its discretion over the next 10 years.

What is required is the long overdue modernization of the electrical grid to prevent potentially sparking a wildfire or becoming damaged by other natural disasters. This must also coincide with a global reduction of greenhouse gasses and emissions that are contributing to climate change, which is making droughts and wildfires more severe and frequent.

For the victims of wildfires caused by PG&E to be made whole, the company must be expropriated by the working class and run democratically in order to provide for the energy needs of the population as part of a broader socialist transformation of society. The actions of PG&E clearly demonstrate that the profit system cannot sustain this basic function of providing electrical power safely and at an affordable cost. In reality, it is a danger to the lives and livelihoods of millions of working people.