Add an Event
Newswire
Calendar
Features
Home
Donate
From the Open-Publishing Calendar
From the Open-Publishing Newswire
Indybay Feature
Related Categories: International | Media Activism & Independent Media
Journalists expose CIA spying on Assange and demand his freedom
by Oscar Grenfell (WSWS Repost)
Monday Jun 15th, 2020 8:47 AM
This is a summary of a significant recent online discussion about those spying on Julian Assange and figures close to the Trump administration and the CIA. 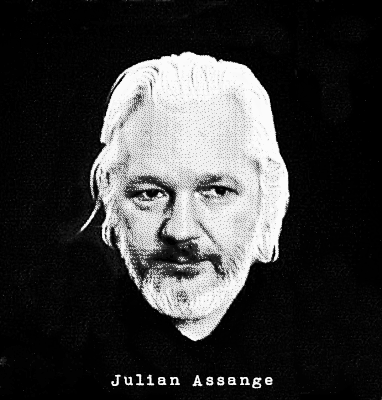 Journalists expose CIA spying on Assange and demand his freedom

By Oscar Grenfell at the World Socialist Web Site


An online meeting on Saturday provided further information on the unlawful surveillance operation against Julian Assange while he was a political refugee inside Ecuador’s London embassy.

The spying, clearly orchestrated by the US Central Intelligence Agency (CIA), was part of the witch-hunt that culminated in the WikiLeaks founder’s arrest by the British police in April last year. It underscores the illegality underpinning the British court proceedings for his extradition to the US, where Assange faces life imprisonment for exposing American war crimes.

The event was the latest “Free the Truth” meeting organised by British academic Deepa Driver, as part of the campaign for Assange’s freedom. It was held in conjunction with the Don’t Extradite Assange group and also broadcast live on Consortium News.

The meeting began with a pre-recorded message from Jennifer Robinson, one of Assange’s lawyers, who noted that the surveillance of meetings between the WikiLeaks founder and his legal team was a violation of attorney-client privilege. United Nations Special Rapporteur on Torture Nils Melzer repeated his warning that Assange has no prospect of a fair trial if he is dispatched to the US.

Driver, chairing the meeting, extended “solidarity” to the mass international demonstrations sparked by the brutal US police murder of George Floyd. As the WSWS has noted, the same state institutions attacking protesters in the US and around the world have spearheaded the attempt to silence Assange, who helped expose military and other state violence. This shows the deep, ongoing relationship between the escalating assault on democratic rights, including press freedom, and attempts by governments to suppress mounting social and political opposition.

The subject of the meeting was prompted by revelations in a Grayzone article last month by Max Blumenthal, detailing the extensive connections between those spying on Assange and figures close to the US administration of President Donald Trump and the CIA.

At the meeting, Blumenthal outlined his findings, based in part on court documents in a Spanish legal case brought by Assange against security firm UC Global. Assange and his lawyers allege that UC Global, which was contracted by the Ecuadorian government to manage security at its London embassy, entered into a secret agreement with the CIA to surveil Assange.

Blumenthal explained that the deal was initiated in 2016, when UC Global director David Morales attended a security fair in Las Vegas. Morales allegedly met members of the security team of Las Vegas Sands, a casino and resort company owned by billionaire Sheldon Adelson, who acted as a conduit for the US intelligence agencies.

Adelson is a prominent Republican donor and supporter of Trump. Documents unearthed by Blumenthal indicate that Las Vegas Sands has previously been used as a front for CIA operations, with American intelligence agents using its Macau casino to spy on and entrap Chinese officials from as early as 2010.

Citing testimony from former UC Global employees, Blumenthal revealed that Morales was recruited by Zohar Lahav, an Israeli-American who was Adelson’s top bodyguard. Lahav worked under Brian Nagel, a former associate director of the US Secret Service who has received official commendations from the CIA. Nagel had earlier worked on the security details of Presidents George H.W. Bush and Bill Clinton, and with foreign protective services, underscoring his high-level government connections.

Further indicating the role of the US government in orchestrating the spying, the surveillance coincided with WikiLeaks’ exposure of global CIA hacking operations in early 2017. In February of that year, Morales travelled to Alexandria, Virginia, the headquarters of the CIA.

Upon his return, he instructed UC Global staff to install hidden cameras and microphones in the embassy, and to collect the data of all Assange’s visitors. He ordered that a live feed of the surveillance material be set up for “our American friends.” This would have enabled the US state to spy on Assange’s preparations to defend himself from the US Espionage Act charges that he now faces.

As an example, Blumenthal explained that on December 20, 2017 Assange met with Rommy Vallejo, the head of Ecuadorian intelligence. The briefing was the final step in a plan for Assange to leave the embassy on Christmas Day, amid a diminished British police presence outside the building. Assange was to use protections contained in the Vienna Convention, by being appointed a diplomat of Ecuador or a sympathetic government, such as Serbia or Bolivia.

A day later, on December 21, the US Justice Department issued an international arrest warrant for Assange, scuttling the plan in a move clearly based on UC Global surveillance.

Blumenthal explained: “It’s important to detail what happened in December 2017, because this was the end of one chapter, where Julian could have actually left the embassy and this saga would have ended, but he didn’t. It was precisely because of this spying operation.”

Blumenthal detailed other operations, including surveillance of Baltasar Garzón, the head of Assange’s international legal team. Weeks after UC Global operatives followed him, Garzón’s Spanish office was burglarised by three hooded men on December 18, 2017. They appeared to be looking for documents. At roughly the same time, an Ecuadorian official was robbed at gunpoint as he was carrying papers relating to Assange’s bid to leave the embassy.

Morales broached with his subordinates plans for embassy doors to be left open to enable Assange to be kidnapped, and discussed the possibility of poisoning the WikiLeaks founder. When Spanish police raided Morales’ house last year, they found two handguns without serial numbers.

Blumenthal said Morales had described himself as a “true mercenary,” making clear that he was carrying out the orders of his US backers. What had been revealed was a “global criminal ring, obviously run by the CIA against lawyers, against journalists, completely subverting freedom of speech around the world, all to destroy a publisher who embarrassed them.”

Former Ecuadorian diplomat Fidel Narvaez told the meeting that the “important thing about Max’s investigation is that we are getting to the bigger criminals, to the masters of this whole thing.” While Adelson was a “medium-sized fish,” the “big fish” in the operation were US Secretary of State Mike Pompeo, who was CIA director in 2017, and other senior Trump administration officials.

Narvaez noted that the UC Global spying violated the rights, not only of Assange, but of dozens of lawyers, politicians, journalists and celebrities who visited the embassy. The company also played a central role in promulgating false claims that Assange was a “difficult guest” and clashed with embassy staff.

Italian investigative journalist Stefania Maurizi explained that UC Global hacked into her own cell phone and work data when she had held meetings with Assange at the embassy. She placed its operations in the context of a protracted campaign by the US state, beginning in 2008, to destroy WikiLeaks by seeking to prevent it from securely communicating with sources.

During the event, Blumenthal commented that among the most significant aspects of his investigation was the muted response of the corporate press. “No mainstream journalist dared to touch this story,” he explained. That included the New York Times and Washington Post, whose own reporters had been spied on by UC Global in the embassy. Blumenthal noted that had the Russian government of Vladimir Putin conducted a similar spying operation, it would have been front-page news.

The media complicity in the persecution of Assange includes its silence on the dangers he faces in the maximum-security Belmarsh Prison where he remains detained despite not having been convicted of any crime. Doctors have warned that Assange is particularly vulnerable to the coronavirus pandemic that has swept through British penitentiaries, as a result of medical conditions stemming from his decade-long persecution.

Investigative journalist John Pilger yesterday reported another aspect of the brutal treatment of Assange. He tweeted: “Julian Assange is in solitary, denied visitors. He ordered a radio from the prison catalogue six months ago. A friend also ordered him a radio and the authorities returned it, unopened. Even the Beirut hostages Waite, Keenan and McCarthy listened to a radio. This is torture.”